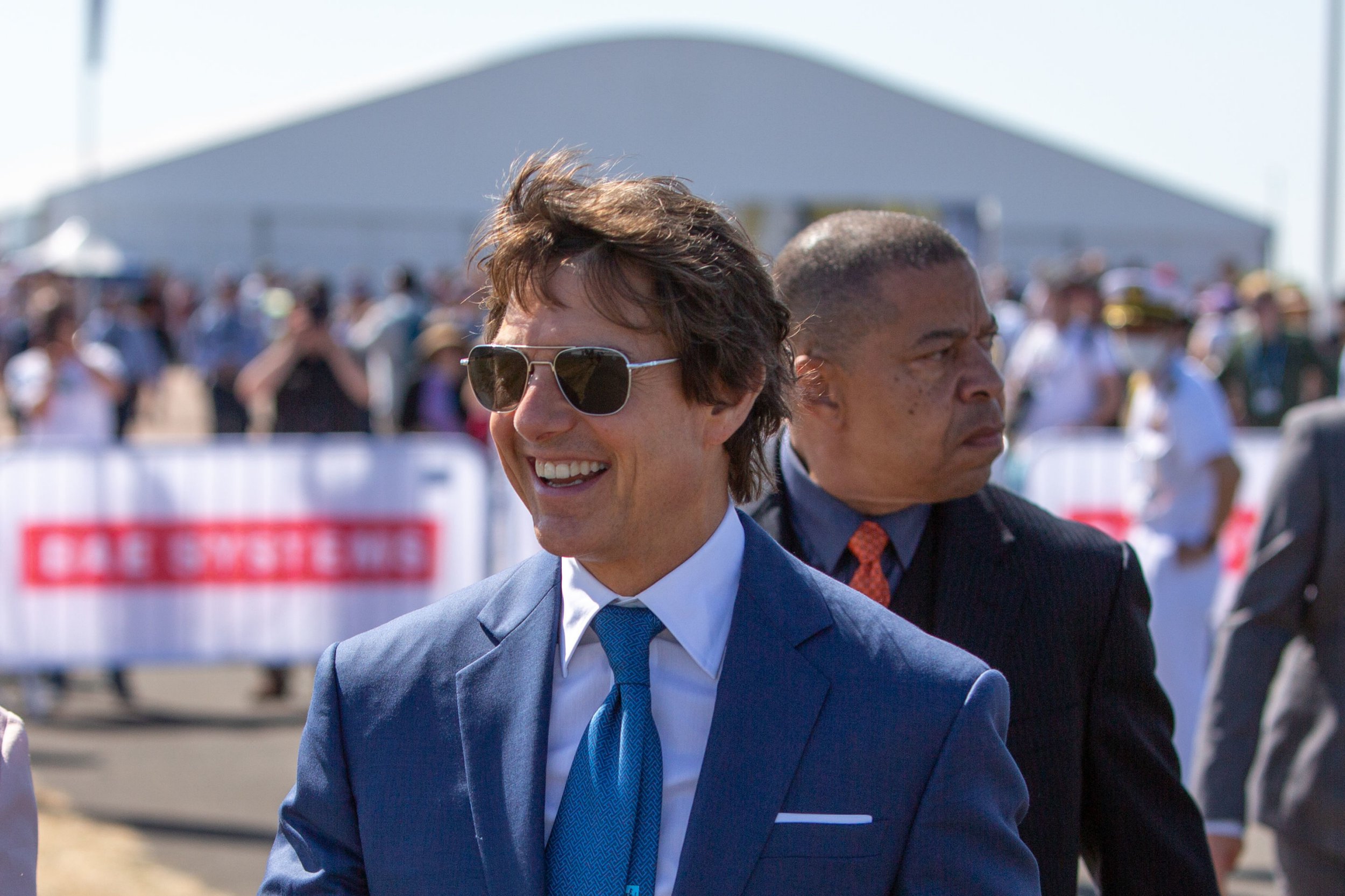 Tom Cruise has been getting about since Top Gun: Maverick triumphed at the box office, putting in appearances at Wimbledon and a Rolling Stones gig.

Perhaps channeling his iconic role of Maverick in the classic 80s film and its reboot, the 60-year-old’s latest outing was in Gloucestershire to admire the largest military air show in the world.

Marking the United States Air Force’s 75th anniversary, the spectacle was at the RAF Fairford, with organisers confirming the Mission Impossible actor’s arrival with much excitement.

On Twitter, they wrote: ‘He can be our wingman any time! Look who just arrived at #RIAT22!’

As well as his star turn in Top Gun, Tom knows a thing or two about flying, having been a licensed pilot since 1994.

Tom was on top form at the event, beaming at the paps – and was dressed up to the nines in a sharp, navy suit.

Naturally, he was also wearing his trademark aviator sunglasses as he waved to the crowds.

The Jack Reacher star was not the only celebrity to make the journey to the west of England, with former Countdown presenter Carol Vorderman also enjoying the display.

Posting a video at the airfield, the 61-year-old said: ‘First in. It’s going to be a glorious glorious day. The runway is just literally there, boom.’

And if this wasn’t enough of a Tom fix, recent pictures show the actor looking thrilled to be getting into a helicopter.

Earlier this week, he was spotted getting into the chopper before taking to the skies above south west London.

Meanwhile at Wimbledon, Tom was among the crowd on Centre Court who saw Serbian Novak Djokovic, 35, triumph against Australia’s surprise finalist 27-year-old Nick Kyrgios in the Wimbledon men’s singles final.