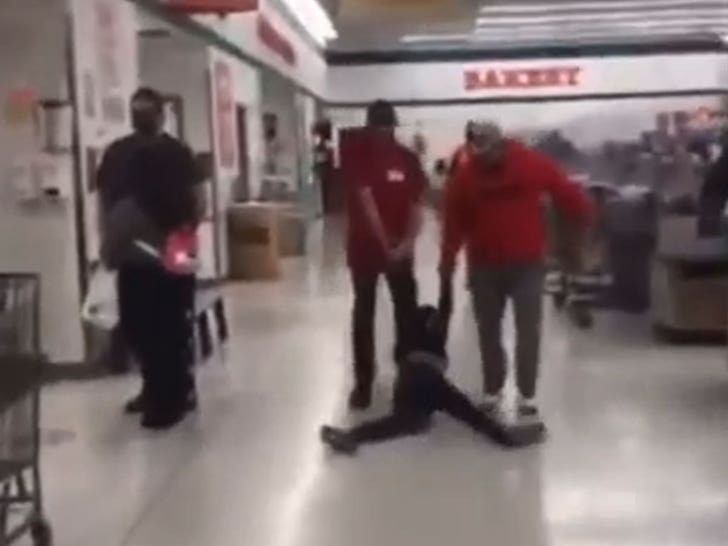 A woman suspected of shoplifting at a grocery store in central California got dragged out by security — and by that, we mean she was literally yanked across the tile floor like a mop.

This wild incident went down Wednesday at a WinCo in Visalia, CA — where this woman and a male friend were allegedly caught red-handed trying to make off with some pricey tequila.

Waiting for your permission to load the Facebook Video.

What happened next was brutal, according to eyewitnesses who captured some of the mayhem on camera. The woman, 27-year-old Victoria Vargas, was manhandled by the security personnel and literally pulled by the arms out of the store … all while she screamed.

You can hear the guy recording say it’s illegal for them to do that, but the fellas doing the dragging didn’t seem to care. The action then went outside, where things got chippy with folks who didn’t appreciate how Vargas was being dealt with. 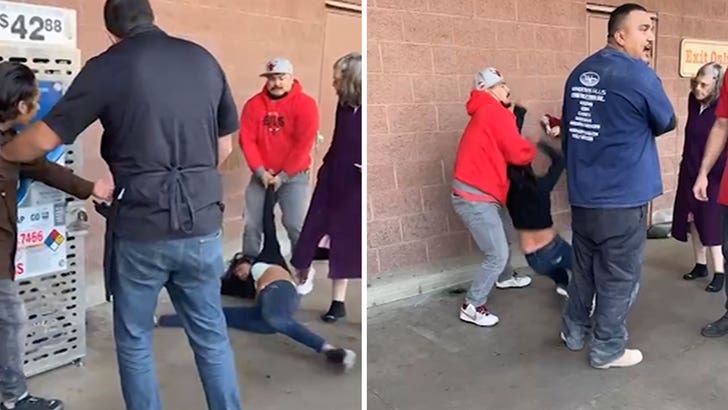 It looks like a couple guys try to jump in and help her fight off the security guards, but security held their ground and kept the woman pinned until cops eventually arrived.

Vargas and her alleged male accomplice were arrested and booked for robbery, conspiracy to commit a crime and a slew of other charges. Unclear if they’ve posted bond yet.

BTW … this isn’t a robbery. A robbery is taking someone by force. This is shoplifting, so unclear why they booked them for robbery.