TALK OF THE TOWN: Move over Lulu Lyttle, Carrie Symonds now shops in Alice’s wonderland where upcycled lamps can cost £1,500

Alice Wawrik is known for sourcing old brown furniture, like this heart-shaped table. She ‘upcycles’ or lacquers them then charges about £800 for her trouble. Her grandiose ‘obelisk’ candles are a snip at just £80 each.

A source close to Alice says that Carrie has been shopping on her site but Alice herself remains coy, telling me her business thrives on discretion and she ‘doesn’t know’ if Carrie is a customer. 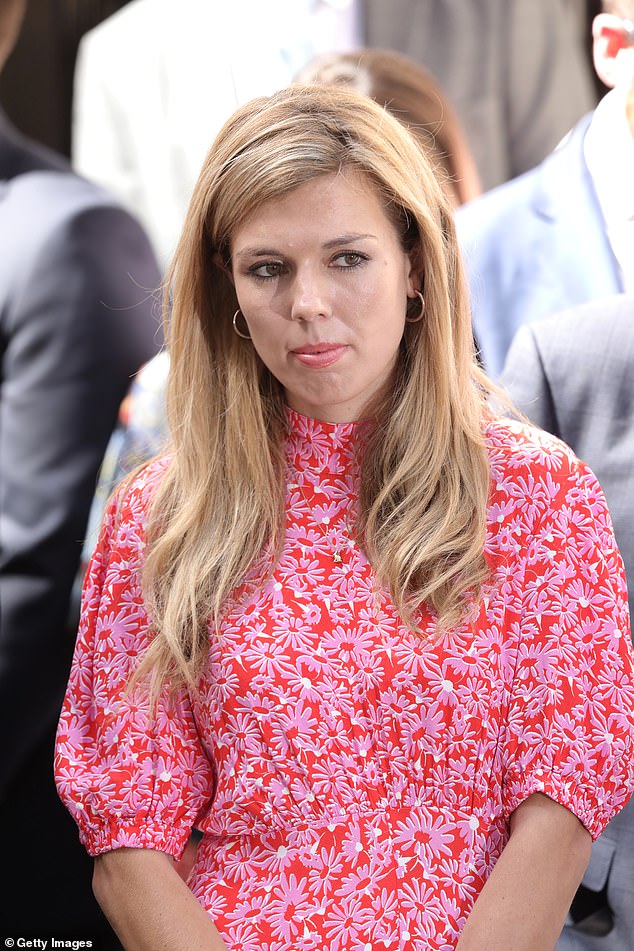 Carrie Symonds has designs on another costly interiors ‘sourcing expert’, Alice Wawrik who is known for sourcing old brown furniture at astronomical prices 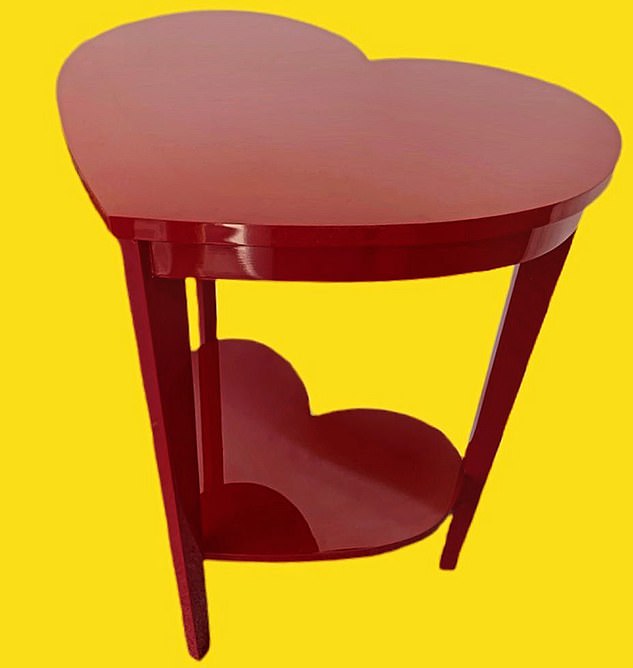 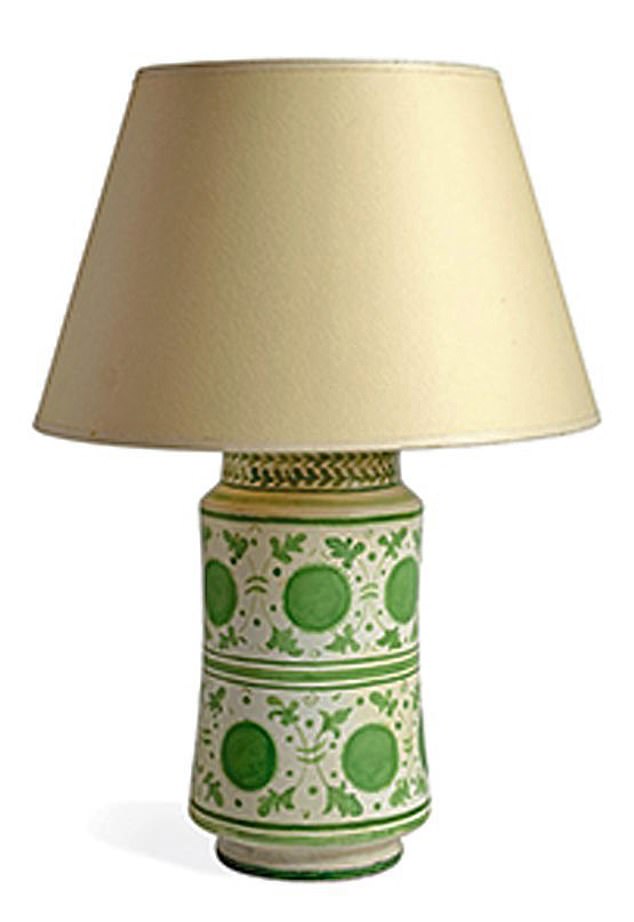 A table lamp, pictured costs £1,500, although the shade on top will cost extra 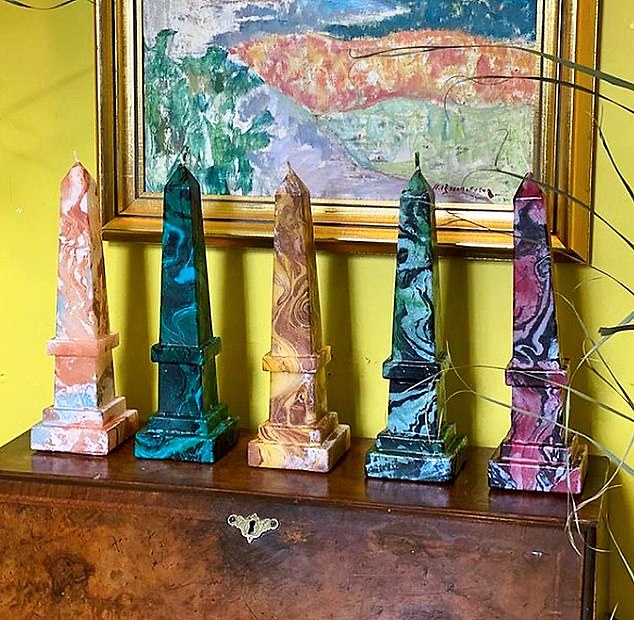 These candles are a relative bargain, costing only £80 each

Tellingly, Alice follows Carrie’s private Instagram page which means she must have been personally accepted by the PM’s fiancee.

Meanwhile, Lulu Lyttle’s label Soane (which also follows Alice) is so expensive it doesn’t list prices on its website.

Meanwhile, over at Downing Street, a political photographer tweeted last week how he had watched Chancellor Rishi Sunak take delivery of good old-fashioned decor for his Number 10 flat.

‘In May 2020, I watched the vans being unloaded and his furniture going into No 10, and let me tell you, box after box was from brilliant John Lewis.’

Well, this is a new take on ‘you are what you eat’… Iris Law has dressed up for her new cookery magazine, posing seductively as the dishes she’s created!

In what must surely be a world first for a cookery tome, model Iris’s mad idea is to actually be the food she likes to cook.

‘This is me role-playing as blueberry and blue cheese focaccia,’ says the 20-year-old daughter of Jude Law and Sadie Frost of this rather eye-catching but bizarre snap.

Nigella eat your heart out! 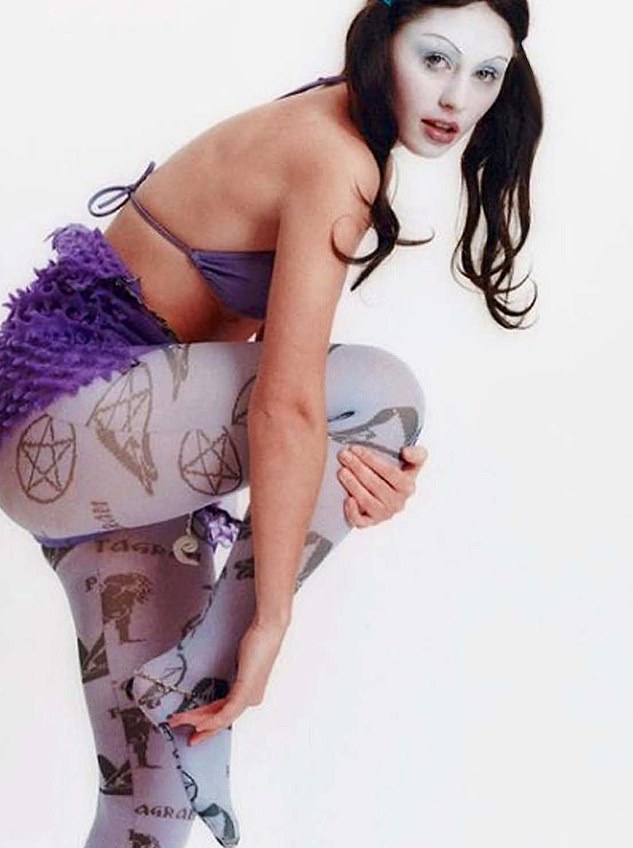 Iris Law has dressed up for her new cookery magazine, posing seductively as the dishes she’s created!

But while promoting Surrounded By Time, he recalled how he paid his coal miner father to retire when he was in his 50s, saying: ‘After I got my first hit I drove my red Jaguar to Wales, and said to Dad, “You can’t go down the coal mine now. How much do you think you’re going to make from now until you’re 65? I’ll put it in your bank tomorrow.” That’s the only way I could stop him going to the pit. I retired him!’