For an ex-president who is apparently dedicated to playing coy about whether or not he will make a bid for re-election in 2024, Donald Trump seems like he’s doing everything in his power to circumvent an actual statement of intent to an extreme degree. Whether it’s using any or all questions about his possible 2024 campaign as an excuse to bash President Joe Biden on any given occasion or to resurrect unsubstantiated and spurious claims of voter fraud in November 2020, Trump’s recent spate of public appearances and interviews continue to circle around the question of 2024 without actually making direct contact with the matter itself. The latest example of this it seems is all-out prophecy, Nostradamus-style.

As The Daily Beast reported on September 15, Trump strongly implied during an interview on the conservative TV network Newsmax that the 2024 election would be an absolutely pivotal one for American politics — if doomsday doesn’t happen first. So what exactly did Trump say during the on-air segment? And was it another case of attempting to rhetorically rally his conservative voter base by way of his usual routine, or did he have anything to back up his claims? Keep on reading after the jump to find out. 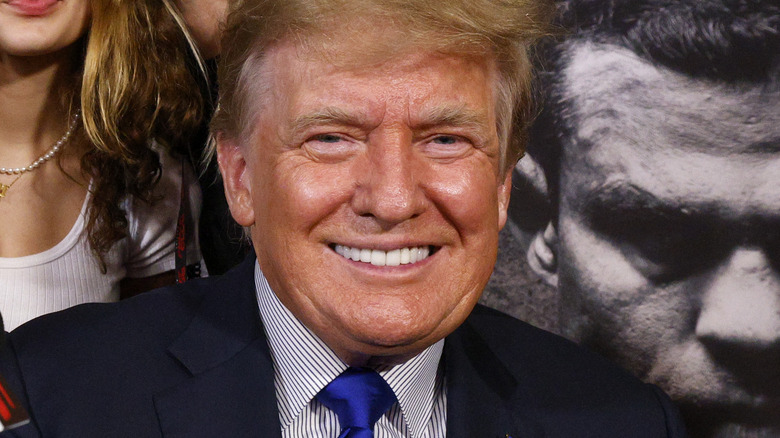 According to The Daily Beast, former President Donald Trump’s latest comments about the 2024 presidential election seemed, by and large, to fall back on what has become an all-too-familiar routine: invoking his disdain for current President Joe Biden and touting his theories regarding voter fraud in 2020, which have been shut down by multiple parties, including the Supreme Court. During his discussion with Newsmax anchor Sean Spicer, who once served as Trump’s White House press secretary, an unprompted Trump zeroed in on both 2024 and next year’s midterm elections with an apocalyptic aura. “Our country has gone really downhill in the last eight months like nobody’s ever seen before,” Trump claimed while speaking to Spicer. “You go to these elections coming up in ’22 and ’24—we’re not going to have a country left,” he then stated, before alleging “the [2020] election was rigged,” and delivering the ominous declaration that “we’re not going to have a country left in three years.”

Spicer purportedly attempted to dissuade Trump from further extrapolation on the subject, instead asking the ex-president directly about whether or not he plans to run in 2024 as a final interview question. Though Trump did not answer Spicer’s question directly, he evidently deeply implied as much with his reply, stating “a lot of other people that love our country” — presumably referring to his voters — “are going to be very happy.”