The comedy world is mourning the loss of one of their own following industry heavyweight Trevor Moore’s death. The comedian, actor, and producer, best known for co-founding the famous sketch comedy group “The Whitest Kids U Know,” died at age 41 on August 6. Moore’s manager confirmed his death, issuing a statement on behalf of his wife, Aimee Carlson, and their family. Though details were limited, the manager revealed Moore died in an unspecified, but “tragic and sudden” accident.

“We are devastated by the loss of my husband, best friend, and the father of our son. He was known as a writer and comedian to millions, and yet to us, he was simply the center of our whole world,” read the statement, Deadline reported. “We don’t know how we’ll go on without him, but we’re thankful for the memories we do have that will stay with us forever. We appreciate the outpouring of love and support we have received from everyone. This is a tragic and sudden loss and we ask that you please respect our privacy during this time of grieving.”

Following the devasting news, fellow comedy stars and celebs took to social media to express their heartbreak. Moore’s troupe members issued a statement, calling his death “unimaginable” (via People). “Early this morning, we learned that we lost our brother, our collaborator and the driving force behind ‘WKUK,” the emotional statement read. “He was our best friend … we are heartbroken.” Keep reading for details on Moore’s legacy. 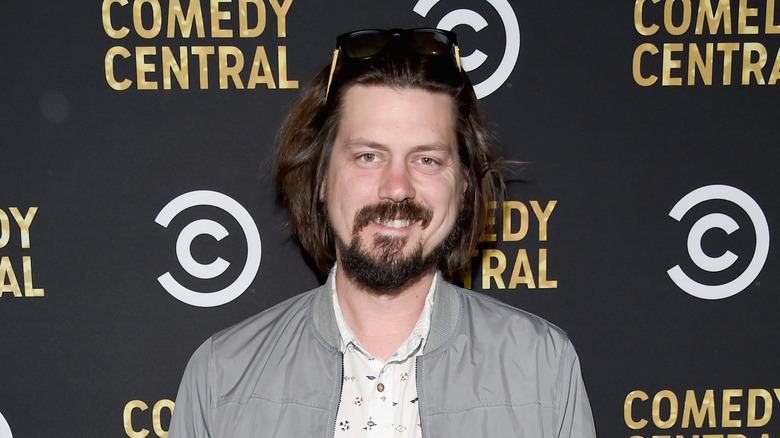 Trevor Moore accomplished a lot as a comedian, actor, and producer, having kicked off his journey in writing before he was even a teenager. The Virginia native earned the title of the world’s youngest published cartoonist when he released his book “Scraps” at age 12, per Deadline. More impressively, he was just 16 when he began writing weekly cartoons for several newspapers in Virginia which led to his production of “The Trevor Moore Show.”

Upon moving to New York City in 1999, Moore worked as an intern for “Saturday Night Live” executive producer Lorne Michaels. He was later chosen for the NBC page program, where he met his wife and fellow NBC page, Aimee Carlson. In the early 2000s, he co-founded the comedy troupe The “Whitest Kids U Know” with Zach Cregger, Sam Brown, Timmy Williams, and Darren Trumeter, which rose to fame after winning the award for Best Sketch Group at the HBO US Comedy Arts Festival in 2006, per People.

In recent years, Moore’s Hollywood career certainly didn’t slow down. In addition to frequently collaborating with Funny or Die and Comedy Central, he worked on Disney’s “Just Roll with It” and “Walk the Prank,” as well as “The Story of Our Times,” “Trev-A-Thon,” and more, per his IMDb page. The late star is survived by his beloved spouse, whom he married in 2010, as well as their son, August, as People reported.