Rise and shine! Tristan Thompson was happy to see his ex-girlfriend Khloé Kardashian and their daughter, True, starting their day on a happy note on Wednesday, February 19.

“Great Morning!” the Good American cofounder, 35, captioned a photo via Instagram of herself and her 22-month-old daughter sitting in the kitchen as Kardashian threw her hand in the air and cheered. True, meanwhile, looked at her mother from her high chair, which was surrounded by a big teddy bear, Sesame Street dolls and a large bouquet of pink and white roses.

“Morning Mommy and Tutu!!” Thompson, 28, commented on the picture along with heart and praise-hands emojis.

The Cleveland Cavaliers player and Kardashian split in February 2019 after Thompson was caught kissing Kylie Jenner‘s then-best friend, Jordyn Woods, at a house party in Los Angeles. The Keeping Up With the Kardashians star broke up with Thompson after the incident, ending their relationship after more than two years together. Thompson was involved in another cheating scandal with multiple women in April 2018, days before Kardashian gave birth to True.

A source told Us Weekly in March 2019 that Kardashian didn’t want her issues with Thompson to affect his relationship with their daughter.

“True is such a blessing,” the insider said at the time. “Khloé is grateful she has her daughter. She is never going to take True away from Tristan as long as he’s a good father to True and [does] his part. Khloé will always allow Tristan to be in True’s life as much as he can be. She’s not a bitter or petty person. Khloé wants a healthy environment for True.” 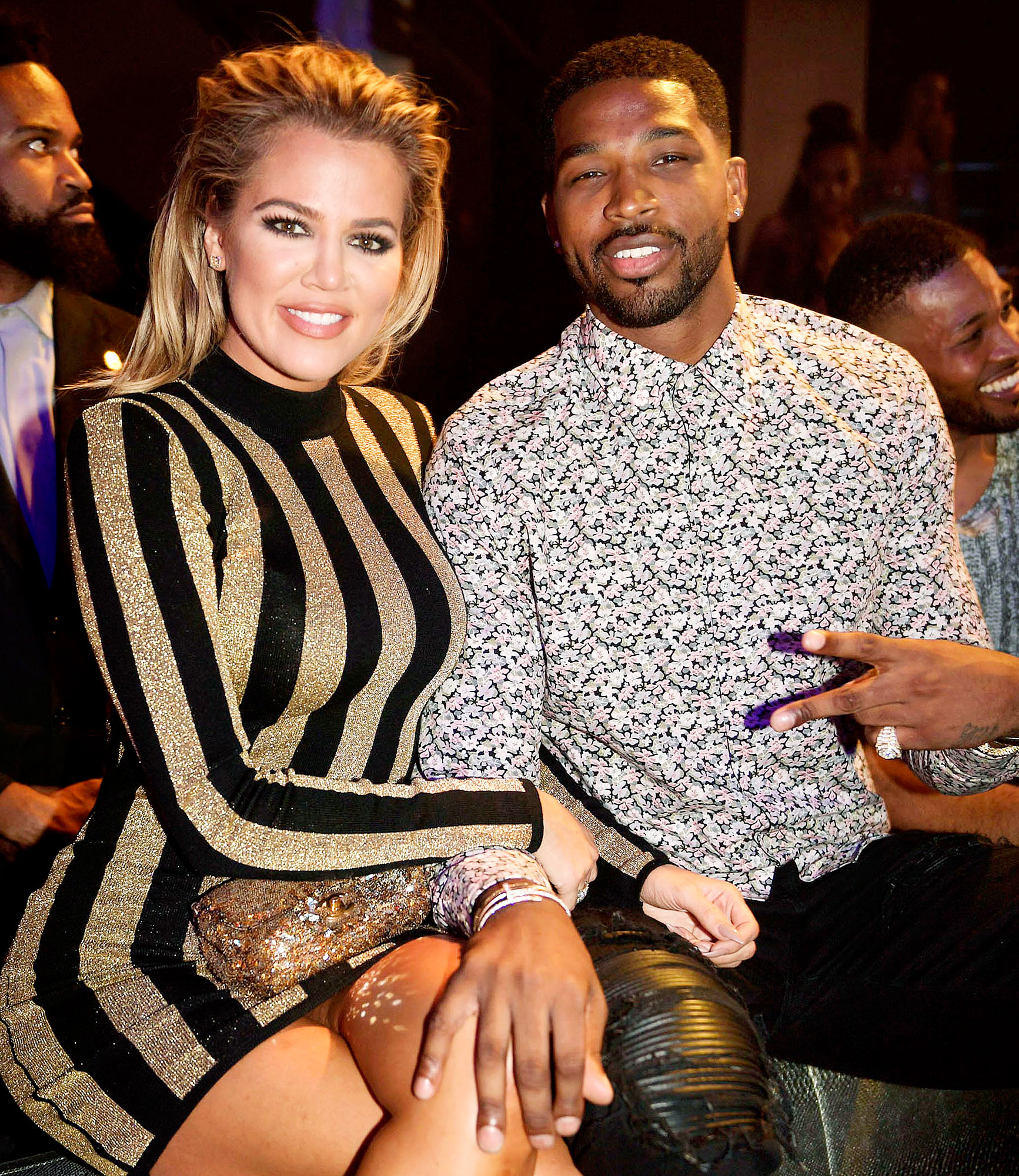 The former couple have been on better terms in recent months with Thompson even attending the annual Kardashian-Jenner family’s annual Christmas Eve party in December 2019. However, their relationship is strictly for True’s sake.

“They are happily coparenting,” a source told Us on Monday, February 17. “There are no plans for them to get back together.”

As for the Kardashian-Jenner clan, they have also reached an amicable place in their relationship with Thompson. A source told Us on Wednesday that the family “have forgiven Tristan in some regards but they are still very protective of Khloé, her feelings and of course, True.”

The insider added, “They know Khloé is smart and will make the right decisions for herself. She is an adult and they know she makes choices that respect herself and what she feels is best for her and her family.”

Kim Kardashian appeared to be making an effort to mend her relationship with Thompson in an upcoming episode of Keeping Up With the Kardashians, which airs in March. In a preview clip for the season, the Skims founder, 39, told Khloé that she had invited Thompson to dinner with her in New York City.