If living in a massive house with all your besties sounds like a dream, well, it can definitely be done. But at what cost? Just look at Team 10, the collective of superstar internet celebs assembled by Jake Paul in 2017. The group, comprised of seven of the hottest YouTubers and bloggers in existence at the time, seemingly had non-stop fun and were always up to something new and exciting when they lived in the Team 10 mansion. However, living and working together proved to be challenging, and all but one of the original Team 10 members have left the group in 2019. Here’s the ultimate update on what the original Team 10 members are doing in 2019.

While they all had their own reasons for leaving, each of the OG members of Team 10 have continued to flourish. The original Team 10 members included Alissa Violet, Neels Visser, The Dobre Twins, AJ Mitchell, and Alex Lange. Oh, and of course, Jake Paul himself. However, the original squad has almost entirely moved on to other endeavors. Seriously, if you were a fan of the OG Team 10 members, you may not even recognize the new crew.

Whether you’ve kept up with the new Team 10 crew or not, here’s what you should know about the original members. Jake Paul is still the Team 10 ring leader, but his biggest headline-making stunt in 2019 was undoubtedly his marriage to Tana Mongeau.

The couple got engaged on Tana’s 21st birthday and married in a $500,000 ceremony in July 2019. But they made headlines once again when news broke that their marriage wasn’t technically legal.

Even before Team 10, AJ Mitchell had a successful singing career. After all, it was his YouTube cover videos that caught Paul’s eye in the first place. Though the singer announced his departure from Team 10 in June 2017, his success has not slowed down.

In an interview with Metro, he explained his reason for leaving. “I went out there, ended up realizing it wasn’t what I wanted to do. They were doing parody videos, they wanted me to sing and do comedy stuff, and that’s not where I was at and not where I wanted to be at. I knew if I started going down that path, people wouldn’t take me seriously and that kind of worried me," he said.

It looks like Mitchell has been hard at work on his recording career. His latest single, "Unstoppable," arrived on Nov. 22 and was a bop, as was his September 2019 collab track, "Slow Dance," with Ava Max. 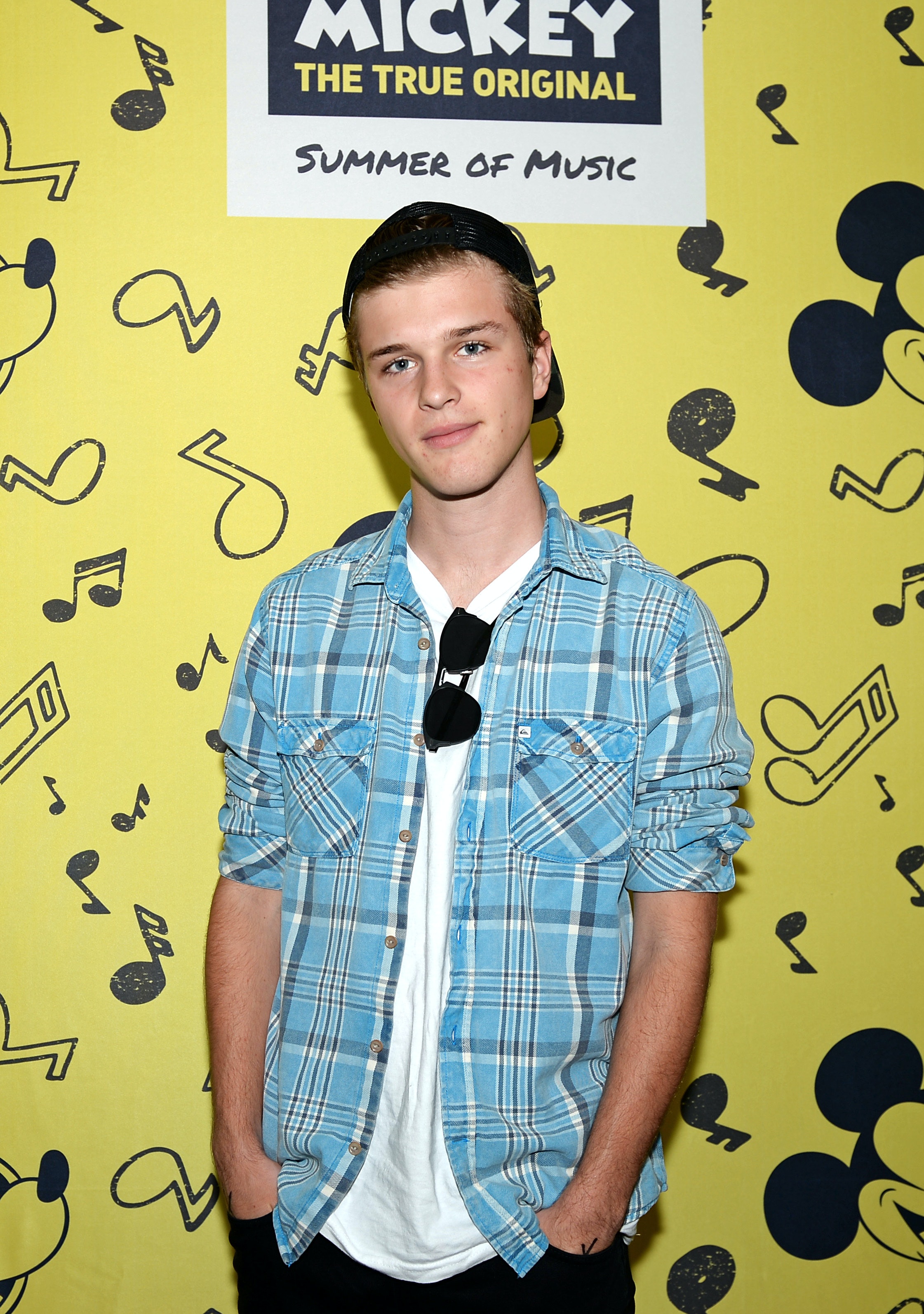 There was no bad blood when Lange left Team 10 in December 2017. In fact, he shared a sweet message about how tough the decision was on him.

“Team 10 has been my family for the past two and a half years of my life, and I saw it grow into what it is today. So, as you guys could probably tell, this wasn’t really an easy decision to make. But after talking it through with the Team 10 family and others close to me, we all decided that it was the best next step for everyone," he explained in a YouTube video, which has since been deleted.

Lange left Team 10 to focus on acting and he’s been doing exactly that. Fans with Hulu can currently watch him in The Unsettling, a horror series about a 16-year-old girl that begins having strange experiences in her new foster home. 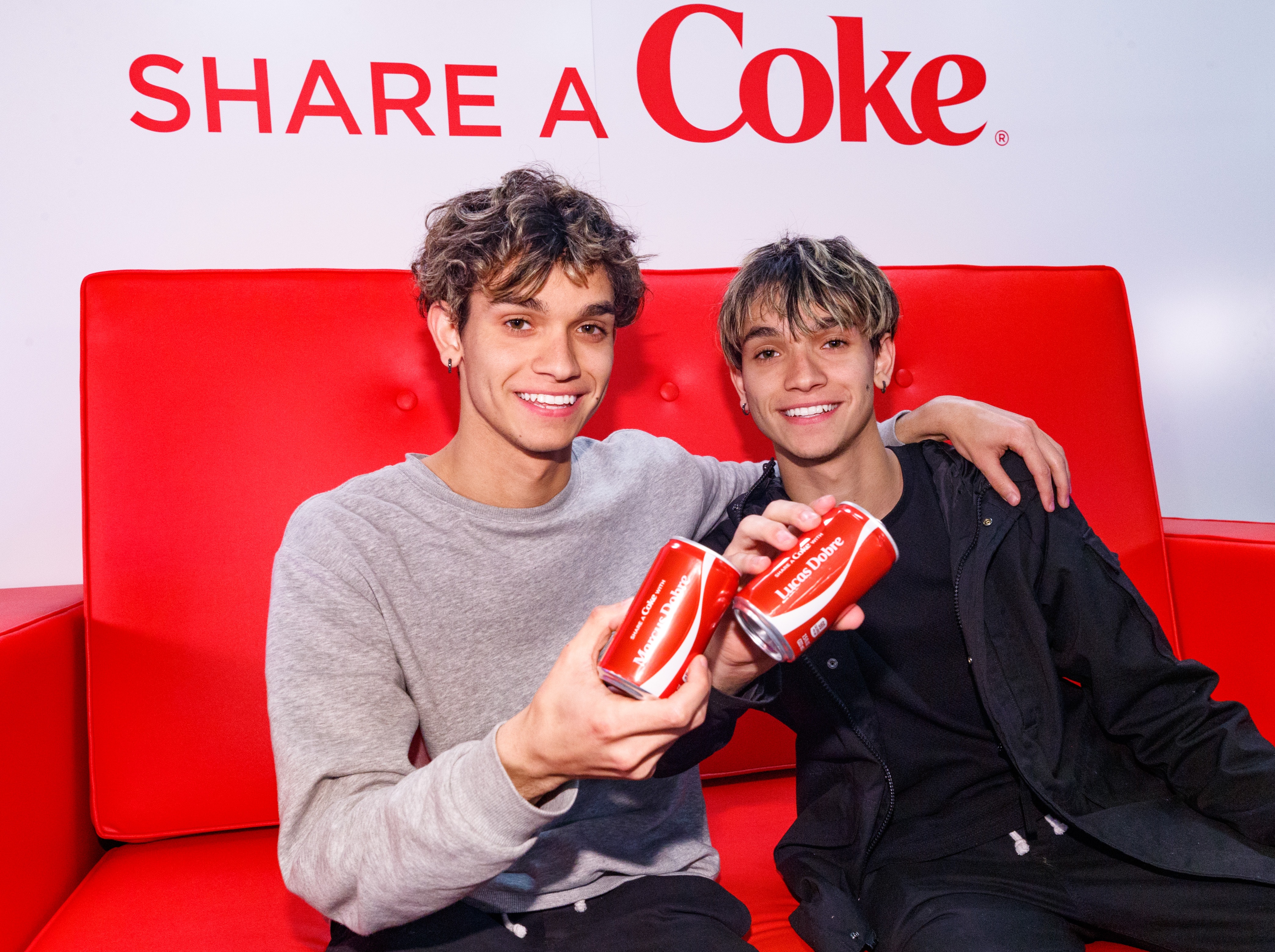 Dynamic dancing duo and brothers, Lucas and Marcus, aka, The Dobre Twins, left Team 10 on a high note. Their reason for leaving around June 2017 was simply that they were homesick.

“There have been some rumors going around and people think the reason why we left LA was because we were jealous of others, we were mad, we weren’t getting along with others, that we were even intimidated by others. But that’s completely false,” they said in a joint YouTube video. “We did not hurt anyone’s feelings or disrespect anyone. Marcus and I are not angry at anyone or have any hard feelings towards anyone… That was the best decision emotionally, creatively, and mentally.”

The Dobre Twins explain their reasoning for leaving Team 10 around the 1:30 mark below.

The Dobre Twins are still bringing their dance moves, signature backflips, and endless pranks to stages together in 2019. While they recently made headlines for a less than energetic fan meet and greet, they’ve since apologized.

I heard my twin is gonna start dropping music

Visser decided to relocate to New York to pursue a career in modeling in early 2017, seemingly out of the blue, leaving fans with a lot of questions. Since then, Visser has laid relatively low.

A scroll through Visser’s Instagram page shows plenty of picturesque trips, fun nights out, and fast cars. Even out of the Team 10 spotlight, the thrills haven’t stopped for Visser. There’s a lot to unpack when it comes to Violet’s exit from Team 10. It’s not exactly a surprise that she wound up leaving the collective, seeing as she and Paul’s highly-publicized romance ended with a highly-publicized breakup.

All seemed fine between the couple, until Violet uploaded a video to Snapchat of all of her stuff packed up, and claimed Paul had kicked her out.

Things got messier when Jake later accused Alissa of cheating on him with Logan Paul, his brother.

Violet then slammed Paul’s claims and denied they ever dated.

In June 2017, Violet got more honest than ever. In a video shared to her YouTube account, she gave a detailed, raw account of her time as a Team 10 member from beginning to end, including the intense rules in her contract with Team 10.

The raw revelation of her caustic relationship with Paul made fans wonder whether the rest of the Team 10 clan really left for the innocuous reasons they claimed, or if there was more to their stories, too.

Despite the bad blood between Violet and Paul, she’s still thriving these days. Most recently, she pulled up for a guest spot on Machine Gun Kelly’s new song, "Why Are You Here," in which she sang backing vocals for the chorus.

She’s also amassed more than 9.1 million followers on Instagram who watch her every move. When it comes to internet celebs, few do it better than Violet.

Whether living in the Team 10 house ended amicably or not for its various original members, the one thing that’s for sure is the collective proved to be the ultimate launchpad for their successful careers.