When The Mandalorian arrived, it introduced a new set of characters to the Star Wars universe. Viewers met Mando (real name Din Djarin), his charge The Child (known as Baby Yoda), and supporting characters from ex-Imperial leaders to allies like Greef Karga and Cara Dune. But the series hinted there was to the story when the finale’s ending moments revealed Moff Gideon possessed the Darksaber, a significant weapon from the Star Wars animated series. In Chapter 11, it went a step further, introducing the character who once wielded that weapon. But who is Bo Katan, and what is her mission?

Warning: Spoilers for The Mandalorian Season 2 Episode 3 follow. "Chapter 11: The Heiress" was a direct follow up to the events of the prior week, with Mando delivering the Frog Lady and her eggs home. In exchange, her husband directs him to someone who can lead him to other Mandalorians living on the planet, though perhaps not as Mando would have expected. Instead, he’s ambushed, attracting his fellow warriors, who turn up and save his life (and Baby Yoda’s). The three then remove their helmets, revealing themselves to be Bo-Katan Kryze and her followers, Koska Reeves and Axe Woves.

Mando is horrified, even after Bo-Katan explains the main sect of Mandalore is far less strict than the one he was raised in. But she can help him find the Jedi. After all, she’s been an ally since saving Obi-Wan Kenobi’s life in the animated Star Wars: The Clone Wars. All Mando needs to do is help her commandeer an ex-Imperial ship full of weaponry to help lead her people in taking back their home planet.

Mando reluctantly agrees, but Bo-Katan has a second mission in mind as well. She wants to take the ex-Imperials alive to lead her to Moff Gideon and retrieve the Darksaber. 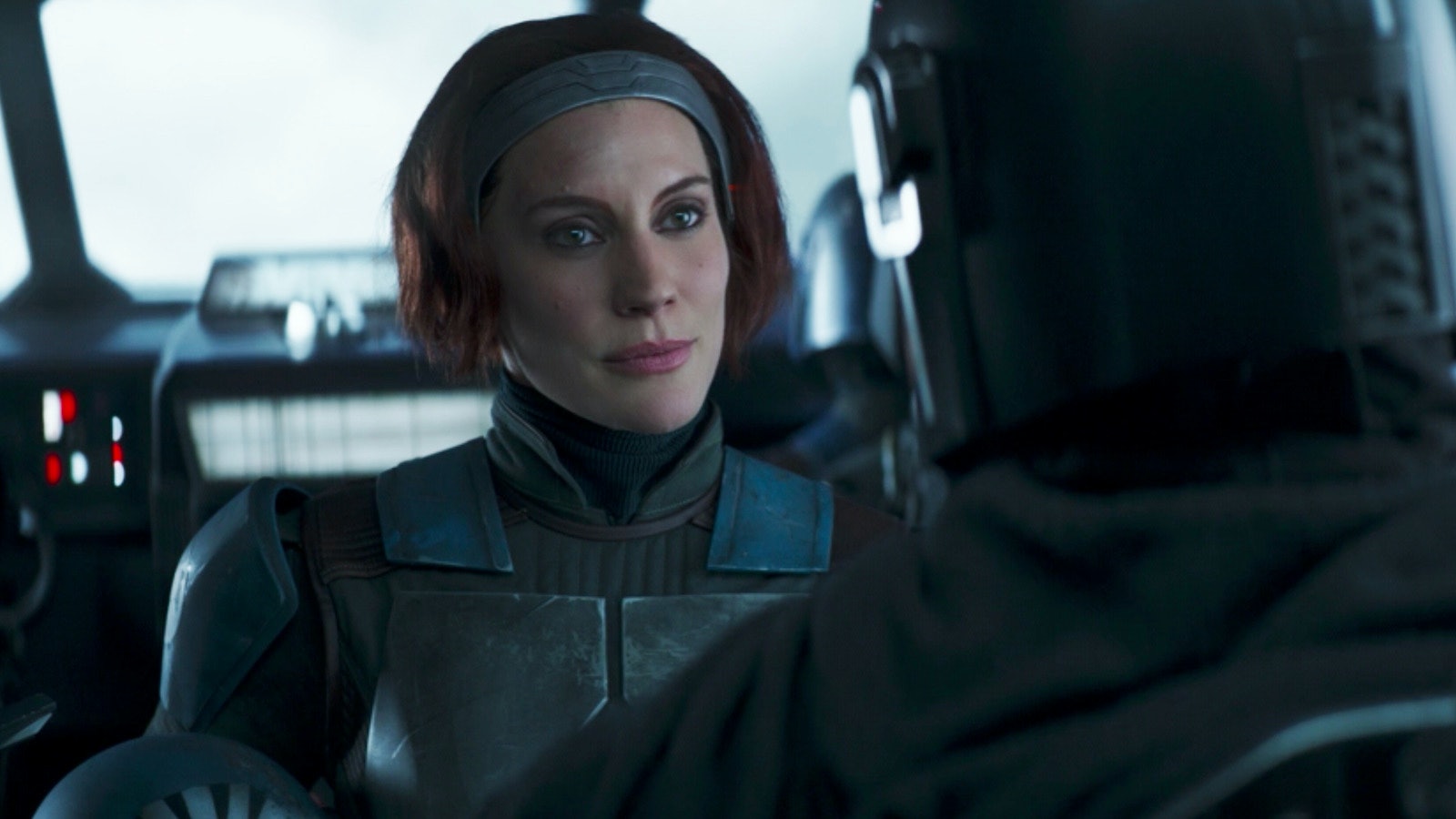 Fans who haven’t watched The Clone Wars or Star Wars: Rebels don’t yet know the importance of this weapon. It once was owned by Sabine Wren, Bo-Katan’s sister, who acquired it from Darth Maul. It is the symbol of House Vizsla, from whom they are descended, created by the first Mandalorian who could also wield the Force. Though neither Sabine nor Bo-Katan wields the Force, the Darksaber is the symbol Mandalorians can rally around.

But is that what Bo-Katan wants the Darksaber for? Her character shied away from taking her rightful place as ruler in Star Wars: Rebels. This newer, older version sees leading her people as her destiny and taking back Mandalore as her mission. But what kind of leader has she become?

Fans are theorizing Bo-Katan’s arrival is not the last Mando will see of her. She is chasing Moff Gideon, who is pursuing Mando for Baby Yoda. As of yet, she does not realize Mando has what Moff Gideon wants. Once she does, Mando may find himself unable to shake her. Will Bo_Katan assist Mando to draw in Gideon and defeat him? Or will she attempt to use Baby Yoda as bait in her broader mission?

As for fans who want to know more about Bo-Katan’s story, Star Wars: The Clone Wars and Star Wars: Rebels are streaming on Disney+. Both would make excellent viewing while waiting for next Friday’s episode.