Whoopi Goldberg made sure everyone knew that weight has nothing to do with talent during a discussion about Rebel Wilson and Adele’s weight loss.

The ladies of The View discussed some of the push back that Rebel Wilson said she faced from her team, when she said that she wanted to do a year of health, which led to her 77-pound weight loss. Sara Haines mentioned other stars who have had serious weight loss during their careers, and she mentioned how lately there’s been tons of attention surrounding Rebel’s and Adele’s weight loss journeys, and Sunny Hostin mentioned the idea that singers who lose weight can lose their voice, before Whoopi Goldberg chimed in to say that it’s false.

During the discussion about Rebel, Sunny pointed out how there are plenty of thin comedians, and said,”I never connect weight with funny.” After Sara brought up Adele, Sunny mentioned the myth about singers. “I do think that sometimes when there’s a singer who loses weight, sometimes they lose their voice,” she said. Whoopi, whose shown off her singing ability in musicals like Sister Act, quickly shut down the urban legend. “That is not true,” the comedian said. 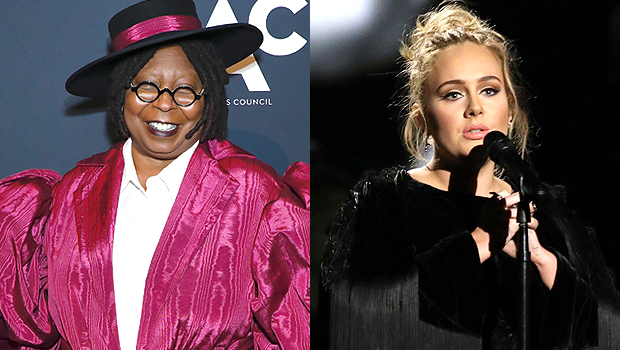 Anyone who’s heard Adele’s latest album 30 knows that she’s still an incredibly powerful vocalist, and Sunny acknowledged that “Adele hasn’t” lost her voice, but Whoopi explained that there are “many reasons” that people can lose their voices. One of her main examples was getting nodules on their vocal cords, where people usually need to lose weight to have removed. “You’re wrong, and let me explain why, because sometimes people are asked to lose weight, because they have nodes. They have to be able to get down there and get a hold of the nodes,” she said.

Adele Then & Now: See Photos Of The Singer's Transformation

Sunny asked if her co-hosts had heard of the rumor, but Joy Behar pointed out that the weight loss doesn’t affect the organ that’s perhaps most important to singing: their lungs. “I don’t think people lose weight in their lungs,” she said. Whoopi also mentioned that there are plenty of world class vocalists who can still dazzle audiences with their talent. “When opera singers lose weight, they don’t lose their ability to sing,” Whoopi said, before going to break.