Warning: This interview contains spoilers about the series finale of Younger, “Older”, which drops on Paramount+ today.

After winning the man of her dreams back from the crazed Quinn Tyler (Laura Benanti), who was about to whisk Charles Brooks (Peter Hermann) off to the tropics, Liza Miller (Sutton Foster) begins today’s series finale by waking up with her guy. However, that’s not where it all ends for the burgeoning publishing executive, and it’s not all tears either. 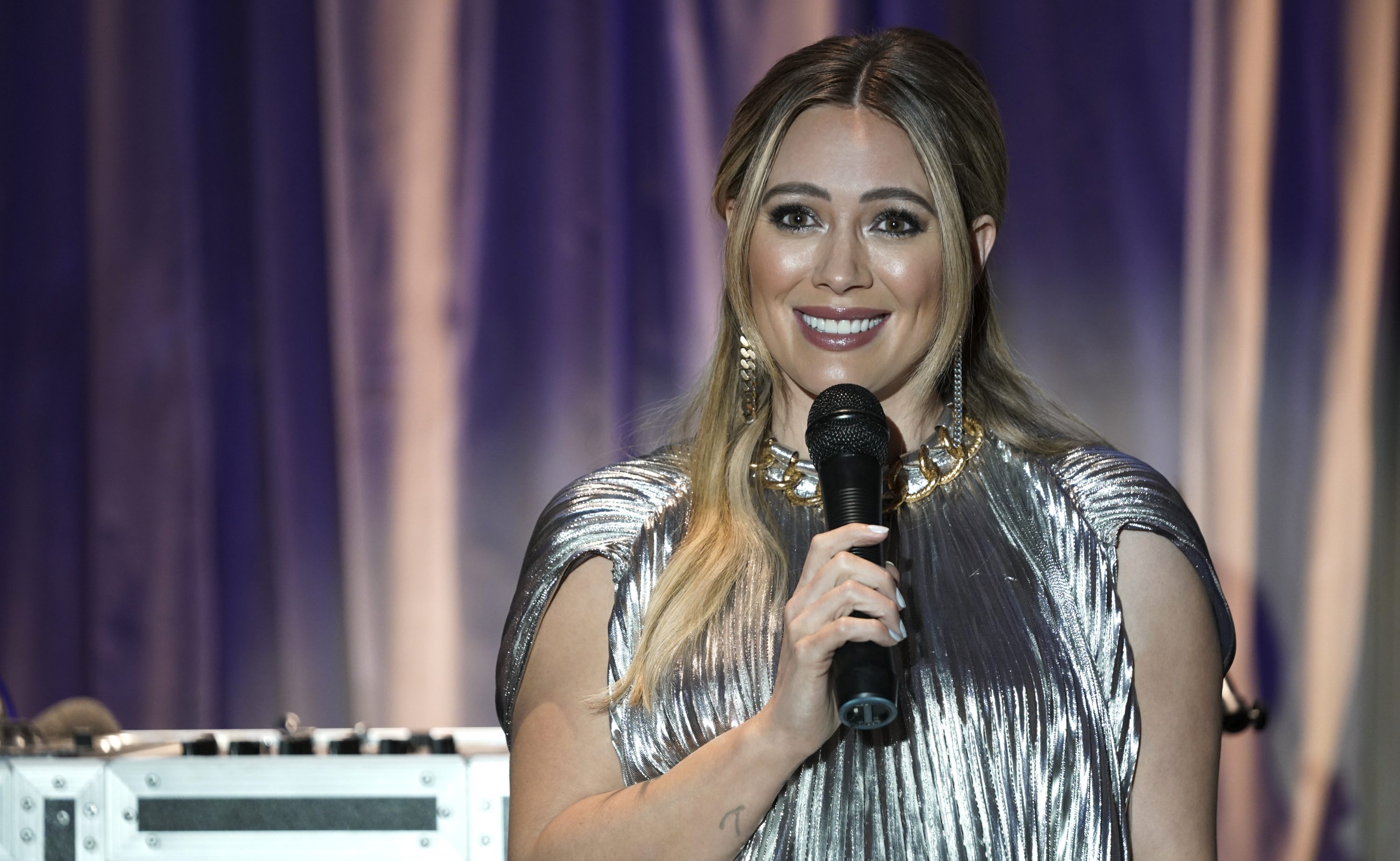 Before we tell you about Liza, in short Kelsey Peters (Hilary Duff) chooses to leave Empirical Publishing, to strike out on her own with her great Incubator concept, and Rob’s (Steven Good) not involved. No, he’s a jerk and wanted to take a finder’s fee from Kelsey after connecting her to venture capitalists. Also, while it appeared Quinn might be jumping on board again after we see her with Kelsey and Liza’s proposal at the end of Ep. 11 “Make No Mustique”, she’s a no show in Younger‘s series finale. In the end, Reese Witherspoon’s Hello Sunshine turns out to be the backer of Kelsey’s start-up, and she must uproot from NYC for L.A.

So, where does it all unravel for Charles and Liza? 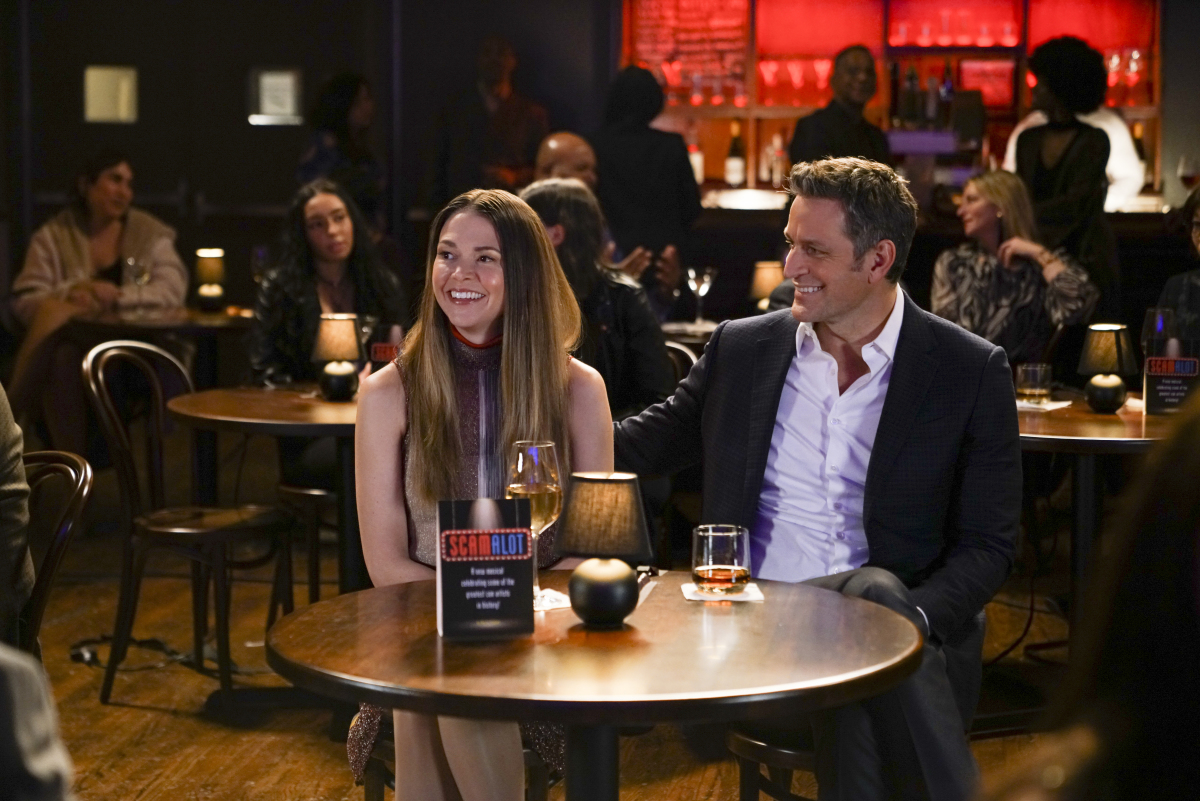 He begins the episode by emphasizing to her how they require trust, and it’s that which is tested throughout the finale. Liza ultimately tells Charles that Kelsey has been shopping her Incubator proposal around to VCs. He totally knows, but he wanted to see if Liza would spill her guts. She passes the test.

Another secret Liza has been keeping from Charles, which she ultimately confesses? She submitted Charles’ unpublished book to the esteemed artists’ colony Yaddo — and they accepted it. This good deed will go punished later in the episode when they’re in bed: Charles asks Liza whether she’d tell him about Yaddo, even if he was rejected.

“We’re not going to make it are we?” realizes Liza with a tear down her cheek.

No bother. And at the end of the day, Charles is in full respect and awe of Liza’s business savvy. With Kelsey’s departure, and him heading over to Yaddo, he’s going to need someone to run Empirical, and that’s Liza.

Another loose string that was tied up: Lauren (Molly Bernard) doesn’t get her Max (Ben Rappaport). He texts her to leave the 100th anni party of Empirical and to meet him at the hospital’s cafeteria (how romantic?!). She flees to him, dressed to the nines in a faux mink. Finally, they’ll rekindle, yes? Especially after the doctor kept her father alive, right? Um, no. Max feels so close with Lauren, he reveals that he’s gay and introduces her to his fiancé.

In the final moments of the show, we end in the same place where we sort of began: Liza at the bar, waving a shoe at the bartender to get his attention. Josh approaches: “Never wave a shoe. In Thailand that’s a capital offense.” They re-run the flirtatious exchange they had when they first met, i.e. how he’s not been to Thailand, but he’s been to Myanmar.

“Sorry, I didn’t see you there,” Liza tells Josh.

“Really?”, he says, “Because you know what? I’ve been right here, by your side, all along.” Awwwwww…

Here’s our conversation with Darren Star to close out Younger.

In season 6, ep. 8 — once Pauline finally outs Liza’s age to the rest of the world (who didn’t already know), did you ever feel that the show wrote itself into a corner? That it would be an uphill battle going into season 7? 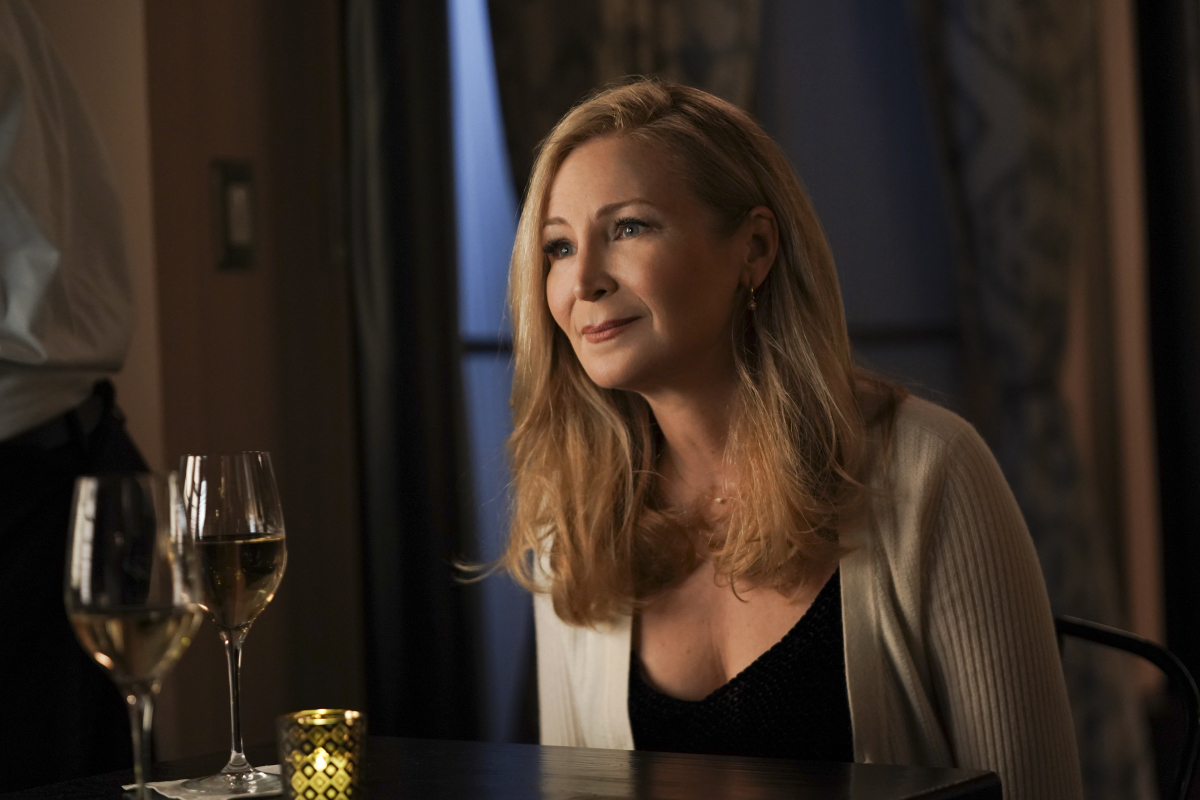 Darren Star: I think by that point, it was like we were happy to sort of see where it got to that idea because most everybody had known; most everybody sort of knew her real age. I felt, to me, that the age premise of the show lasted a lot longer than I thought it would. I always felt the series could continue without that sort of premise being active, and because we had such a great ensemble of actors. When you have those, when you have this kind of cast, you can figure out how to tell a story without that. I wasn’t concerned about that, no. I still felt like we had a lot of story to tell.

Was this the ending you always envisioned where she’s not with Charles; she’s left standing next to Josh? 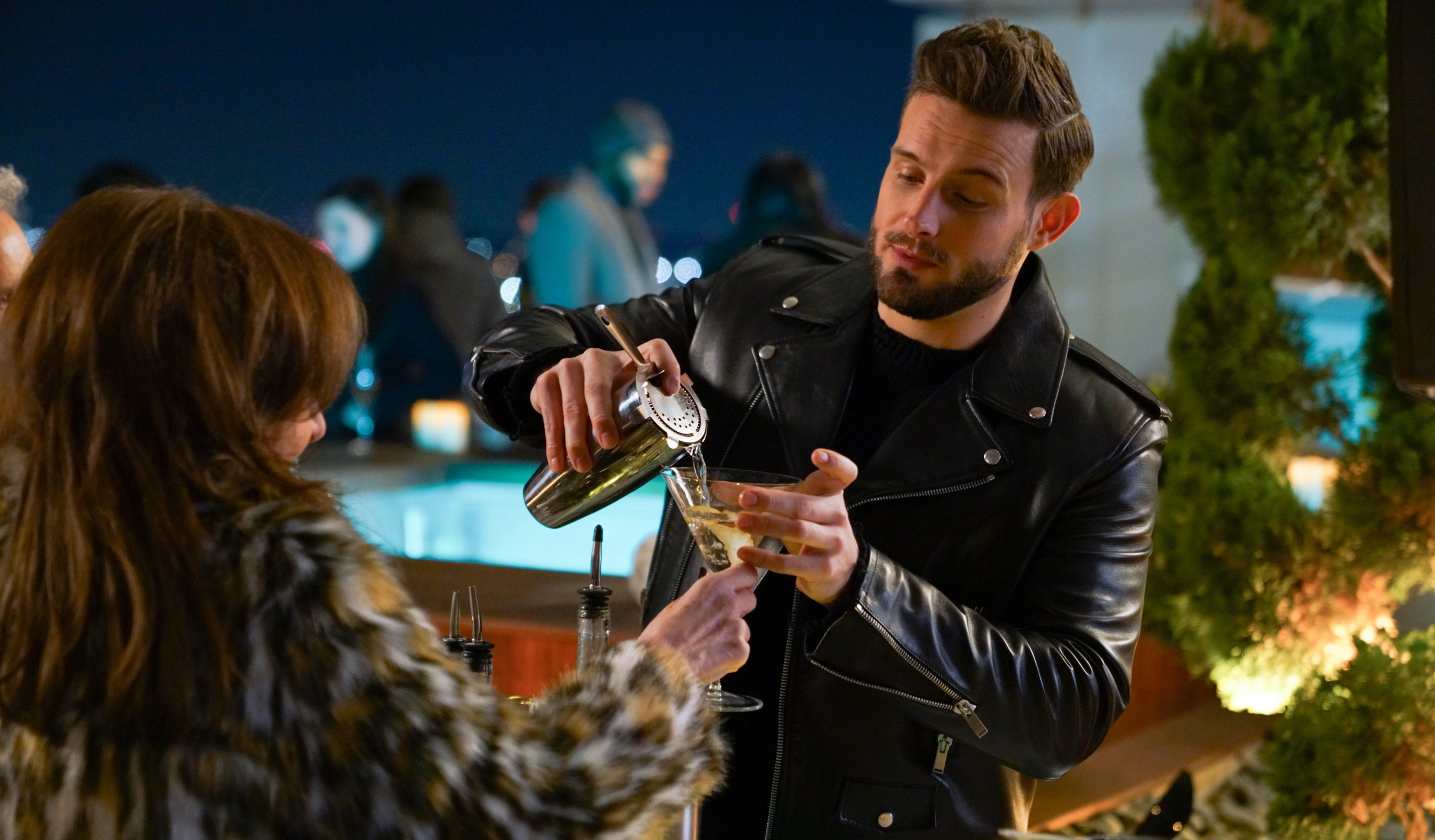 DS: Yeah. I really didn’t want her to definitively end up with one guy or another but give her a really big victory at work, and that’s what she got, and that was the whole reason why she lied about her age. Also, I wanted her lie to have a cost, which it did to her relationship with Charles, and there was something, to me, just kind of elegant about ending sort of in the way it began and that she’s still this — that she and Josh are still very much in each other’s lives; that the relationship still is open-ended.

That was a nice touch to bring it full circle back to Episode 1 where Liza is waving the shoe at the bar. Was that detail always part of the end-game?

DS: Yeah. Yeah. That was the moment in which, in the pilot, that you first noticed her. We’re able to see her again, and she’s still, you know, an unrepentant dork, all these years later. She hasn’t learned that much, really. So, that was cool.

It looked like for a moment in the penultimate episode, that when the incubator pitch was being emailed around to the VCs, that Quinn was going to step in again and possibly revive it. Was that a possibility? That was like a great cliffhanger.

DS: I don’t think that they would’ve actually…Kelsey really would’ve accepted her investment, and it wasn’t so much about that. It was just about she was just really tipping Charles off to another small little, you know, omission, lie, slightly deceitful move on the part of Liza that just sort of was the straw that breaks the camel’s back for him, and both of them, in terms of their relationship, and she realizes that he’ll just never trust her. I think that the reason their relationship doesn’t work is it’s because her lie did have a cost.

Laura Benanti as Quinn is great. When you kept her in the mix for the final season, was it to continue to shake up the soda?

DS: Yeah. Yeah. I love her too, and I felt that, you know, Charles, himself, he had to make some bold moves. She’s a lot of fun, and she kept the tension in the relationship between Charles and Liza alive because I feel like without any kind of threat, there’d be nothing going on, and I think Charles was really within his right to date whoever he wanted at that point.

In the streaming age, everyone’s looking for a revival. Do you think you could reboot Younger down the road? Is there even a possibility?

DS: I don’t know about rebooting the entire series, but could we come back for a movie at some point, that would be a lot of fun, down the line, to think about.

While the show is based on Pamela Redmond Satran’s novel, have fans come up to you and said how they see themselves in Liza? That they’ve fibbed about their age, and it was the best move of their life? I mean, ageism, is a serious thing.

DS: Yeah, yeah, definitely, and I think that’s what really resonated, what I responded to in the book. Even though the series is really different in the book, the premise is the same, and I knew a lot of women who had been dropped out or replaced or raised kids and found it sort of, especially in the entertainment industry, taking an absence of six, seven years. It’s really hard to get back in the door. I saw that firsthand. So, I knew that the show was relatable on that level. Then it became something more about just a generation gap and the relationship between Kelsey and Liza and just what it meant to sort of have this exploration of millennial culture from Liza’s point of view. That is something that I feel everybody over a certain age was grappling with.

Was there any specific that was hard to crack with the writers’ team in the final season?

DS: Oh, everything. Everything is hard to crack. We had a long time to write it, and we had to make a lot of changes in the storyline because some actors weren’t available along the way, but ultimately, I feel like we kind of were able to see a lot of ideas through that we’d sort of initially thought about when we started writing this last season, before the pandemic hit, and then we cut, and then we picked up this season writing them on Zoom, which was a new experience for everybody. So, it was challenging, but you know, it was also great to be working through all this.