A BLOKE has been savaged online for a response to a prompt he shared on his Hinge profile, suggesting he can make any girl "mine now".

Looking for love on an app has arguably become the norm when it comes to dating these days and while some people have had huge success, others are struggling to get past the cringe-worthy profiles that pop up all too often. 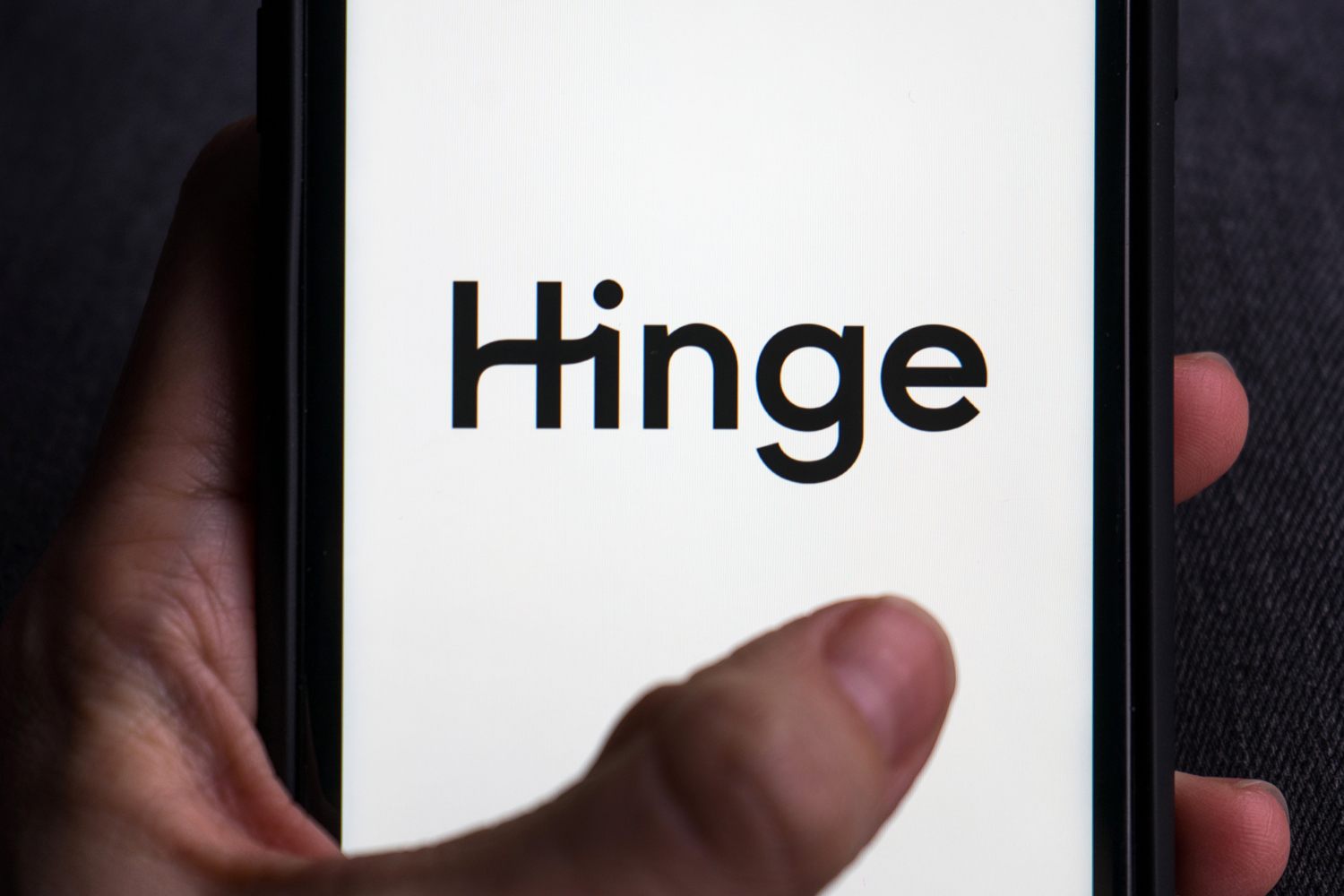 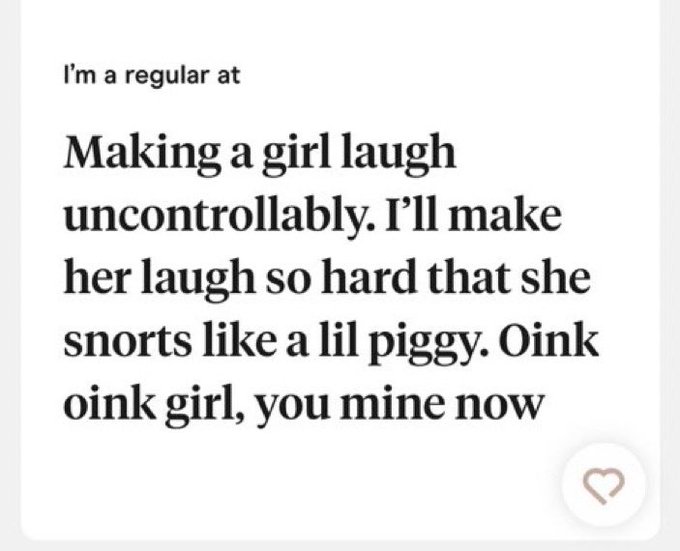 Point in case, one man who thought it would be charming to reveal his skills involve making a girl "laugh uncontrollably".

At first glance, that might seem like a perfectly good response to the prompt "I'm a regular at", but it's what he went on to say that left people baffled.

The full response shared on his profile read: "Making a girl laugh uncontrollably. I'll make her laugh so hard that she snorts like a lil piggy.

"Oink oink girl, you mine now."

Not surprisingly, his response probably didn't get the reaction he was hoping for as it ended up going viral on Twitter, with some people saying it was enough to make them delete Hinge for good.

"This just reminded me i need to delete this s*** off my phone. dating is hell," commented one girl in response.

Another was just as unimpressed as they wrote: "This makes me wanna never laugh again what’s he gonna do next, steal my face."

A third tweeted: "I feel like hinge is the worst of the dating apps."

Not everyone was completely put off by it, though, with one person confessing: "I hate that I laughed."

Meanwhile, one woman shames Bumble match who told her to ‘hit the gym & join Weight Watchers’ after she asked him out.

Plus, a girl shares epic Tinder fail after date made her sit through meal with his MUM & was questioned about her ‘intentions’.

And this lad ‘tired of being single’ was called ‘evil’ for revealing plan to split up his loved-up mates and their girlfriends.