A COUPLE who feared their dream wedding would be cancelled because of the coronavirus outbreak took swift action and planned a ceremony in 24 hours – at a train station.

Claire and Matt Zinsner had a 'simply perfect' impromptu marriage at St Pancras in London in front of just two close friends as witnesses and station staff. 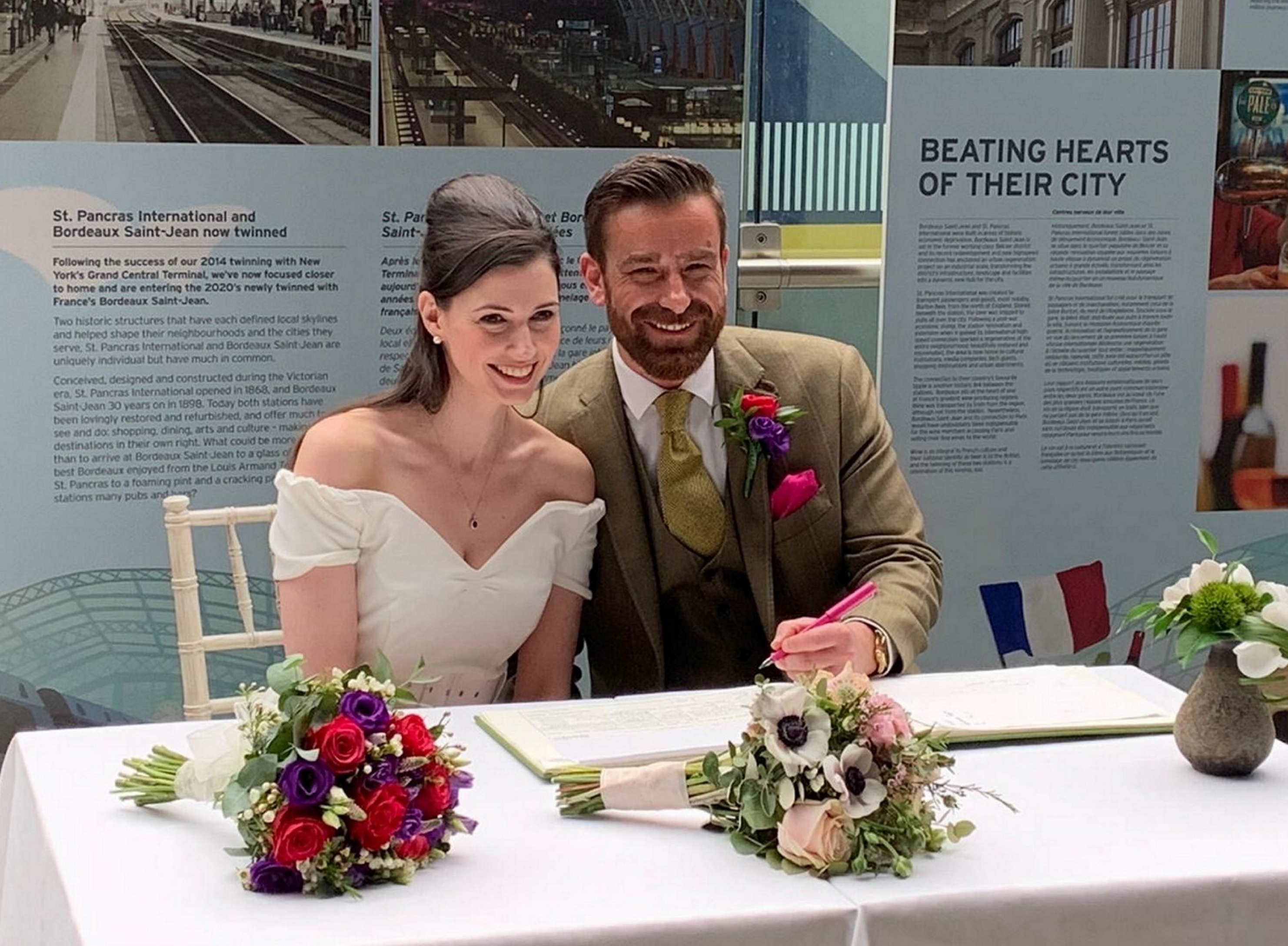 And when the moment came to kiss as a newly married couple, Mrs Zinsner, 36, and Mr Zinsner, 39, hilariously did the coronavirus elbow-to-elbow greeting.

The newlyweds' big day was due to take place in April and was to be seen by a long list of family and friends but fears the coronavirus crisis would prevent them from getting hitched spurred them to bring it forward.

After some last-minute arranging, teacher Claire got her lesson covered and Matt took the afternoon off from his hospitality job and they became husband and wife at Searcy's restaurant at St Pancras.

Mrs Zinsner, previously Miss McShane, said "it was not the wedding either of us imagined; it turned out to be far better than that." 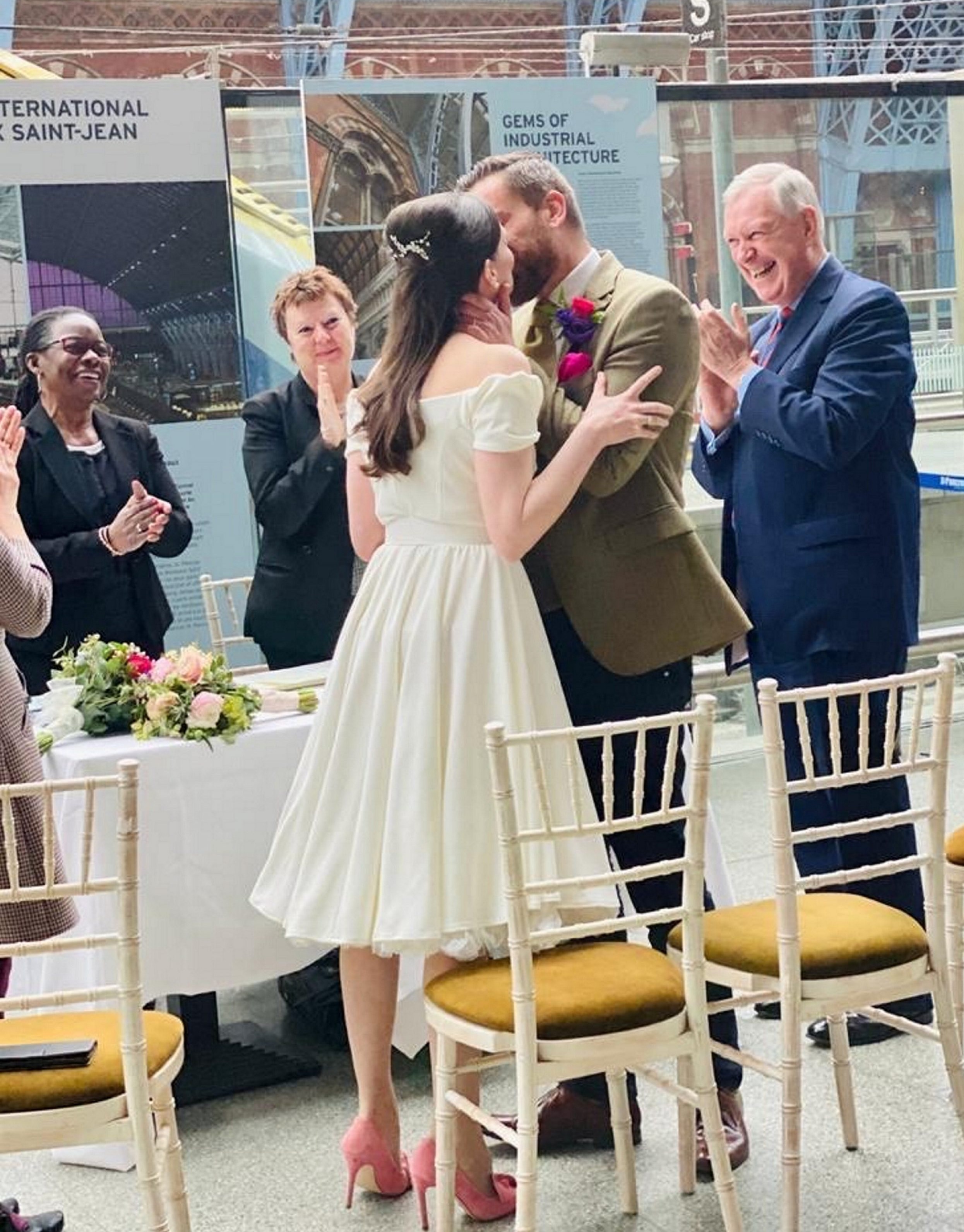 The new bride, headmistress at St Teresa's girls school in Effingham, Surrey, revealed 24 hours before she contacted Searcy's and 'took a gamble and booked it' – not telling her husband until 6pm that evening when she got hold of him.

They had been due to wed on April 11, with French Matt's family unable to travel due to the lockdown in the country.

Claire said: "I was keeping a very good eye on the situation, and I thought we weren’t going to make it to April 11.

"Last weekend, we had already downsized it considerably, deciding that it was too much of a risk to our families to ask them attend, especially our parents.

"We cancelled the reception and decided that we would only have us and two witnesses, and try and stagger through to the 11th. None of [Matt's] family would have be able to travel because of the lockdown. 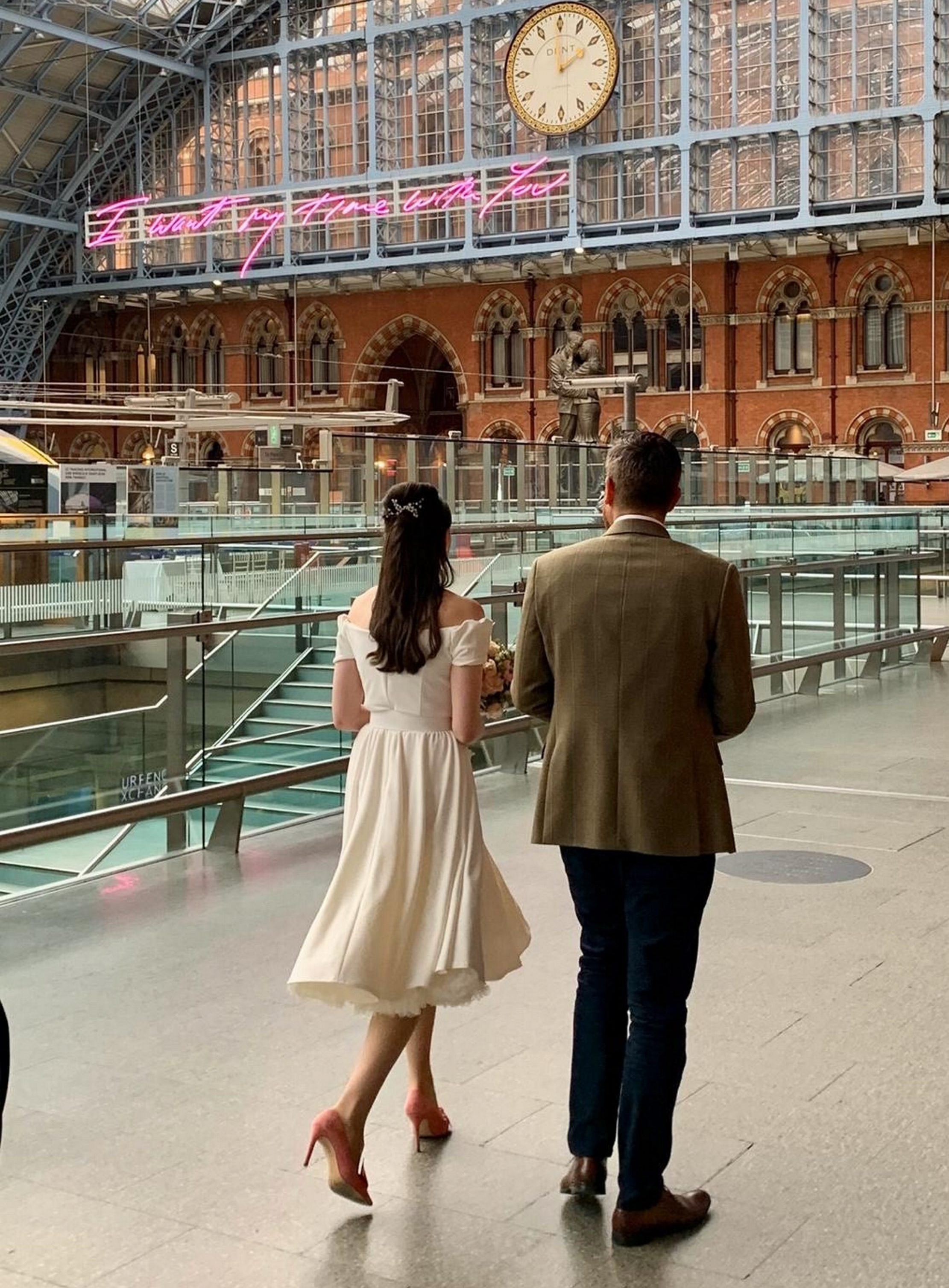 "Then, things really started to kick off, so I thought ‘I wonder if we could bring it forward instead?’

"I took a gamble and booked it, even though Matt was stuck in meetings and didn’t have any input. He was fairly shocked when I eventually got hold of him at 6pm!"

She added: "Neither of us was fussed about having a large wedding – it was just important to us that we got married. We’ll have a blessing and a shindig after all this has blown over.

"It was a slightly strange experience as the tube, train and station were all so quiet, but there was a real sense of happiness and goodwill from everyone we met; the registrars, the small group in an empty pub who cheered as we exchanged vows, and the wonderful staff of Searcy’s. 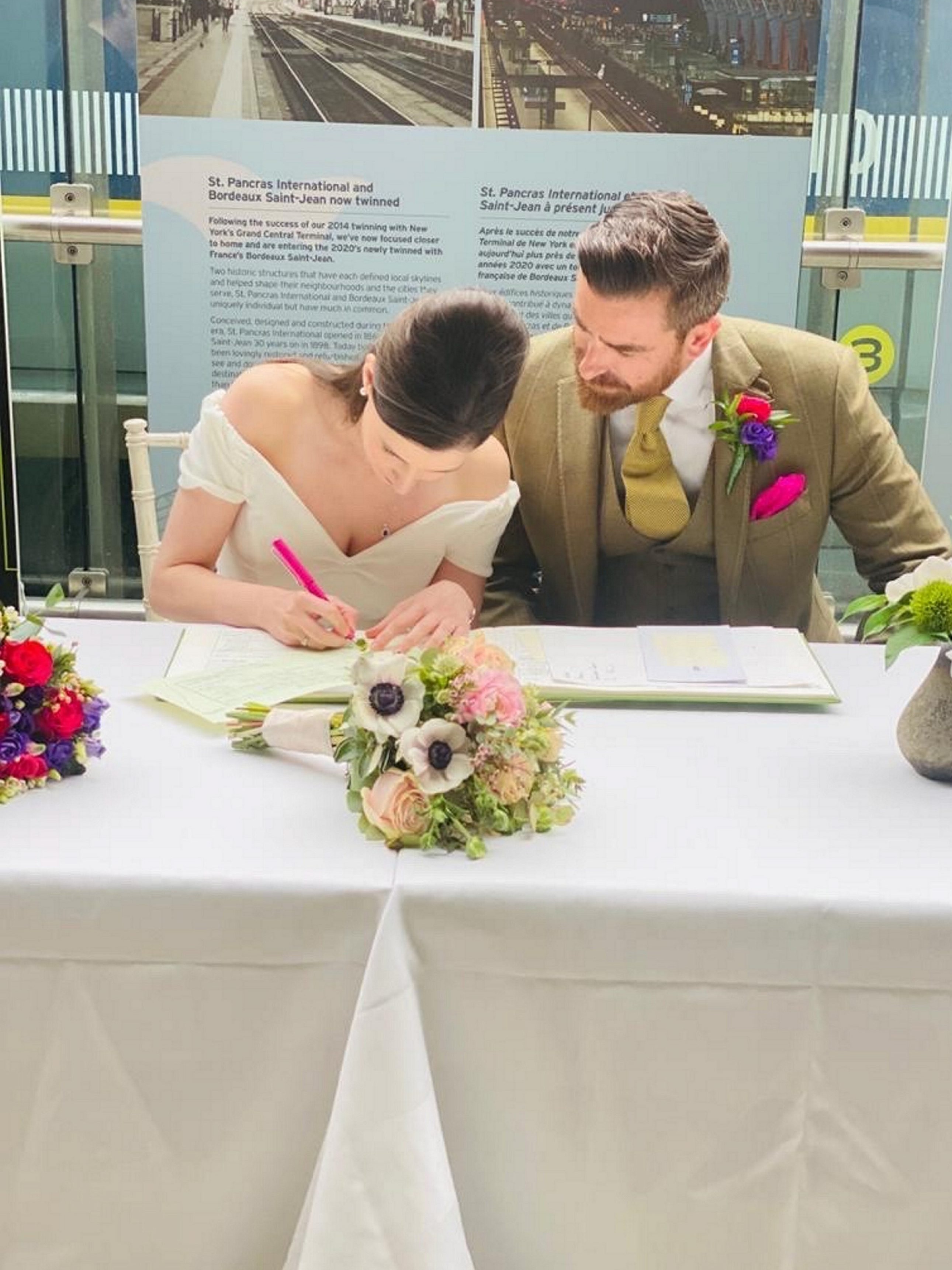 "We chose St Pancras because it is where the Eurostar starts and terminates, and we thought it symbolised our British-French union."

Claire also revealed when news broke at her school she was getting married the next day her colleagues secretly organised a guard of honour with all pupils and staff who waved daffodils and cheers.

She said: "It was incredibly moving, and a moment I will treasure."

In August Claire, who lives at the school, and Matt, who lives in Muswell, Hill, north London, will move in together.

Wendy Spinks, Commercial director at St Pancras, said: "These are uncertain times for all, but with that comes a need to cherish the joyful moments more so than ever.

"So when Matt and Claire made the decision to pull their big day forward, our wonderful team pulled out all the stops to make it happen on the stunning upper level at Searcy’s, and what a beautiful moment it was. We wish them all the best for their future."

In other wedding news, brides are going wild after Primark launched a bridal section in store featuring all your wedding essentials.

Plus this couple cut into a tower of bananas for a wedding cake which people have compared to something rude instead.

And couples share cringeworthy wedding disasters from food poisoning to a child who peed on the dancefloor.