A DAUGHTER was left horrified after seeing steam marks on her parents’ hotel window which implied they’d been having a rather wild time in the room.

The woman shared the picture to Reddit, and the outline of what appeared to be some boobs and hand marks could be seen on the glass. 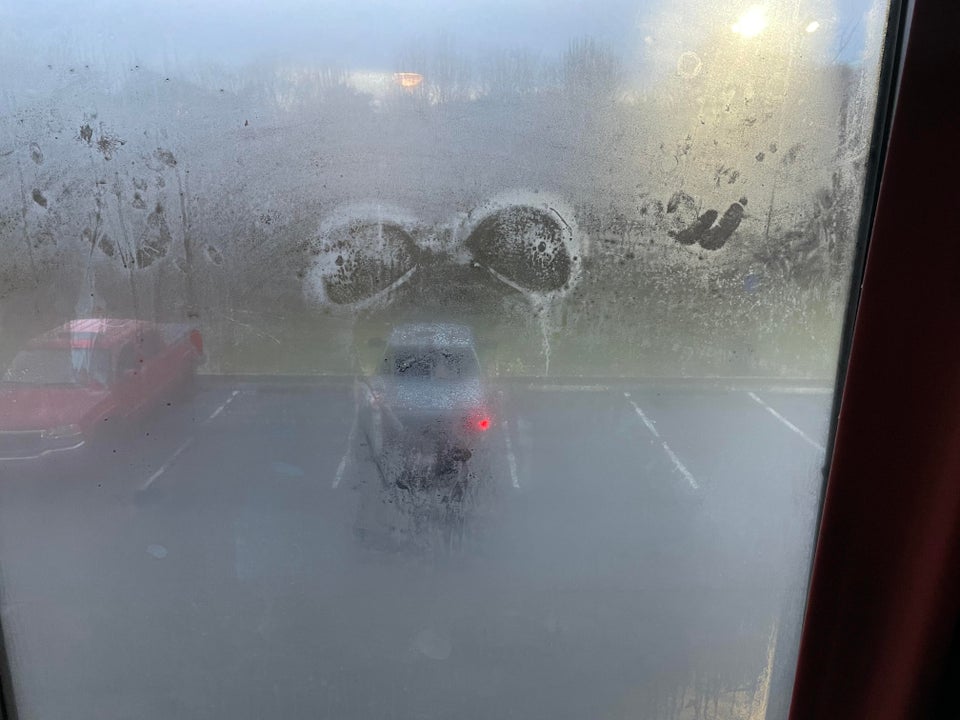 She wrote: “This was on the window of my parents hotel room. Guess they don’t clean the windows often.”

The marks looked like a couple had been having some fun up against the glass.

While it wasn’t confirmed if it was her parents or the guests before who had left the prints, people were quick to comment on the incident.

One said: “What were your parents doing that fogged up the windows so bad?”

Another added: “What? Someone probably just heard the ice cream truck and ran to the window in excitement.”

Many people said the marks had to be from her mum and dad, with one saying: “That's the impression I get.”

Meanwhile, one commented: “At least your parents had fun."

Previously, a mum was left in hysterics over Monsoon top’s VERY rude design flaw while shopping for daughter.

And this bride was left raging after wedding photographer cropped out her FACE in ‘cheap’ picture album.