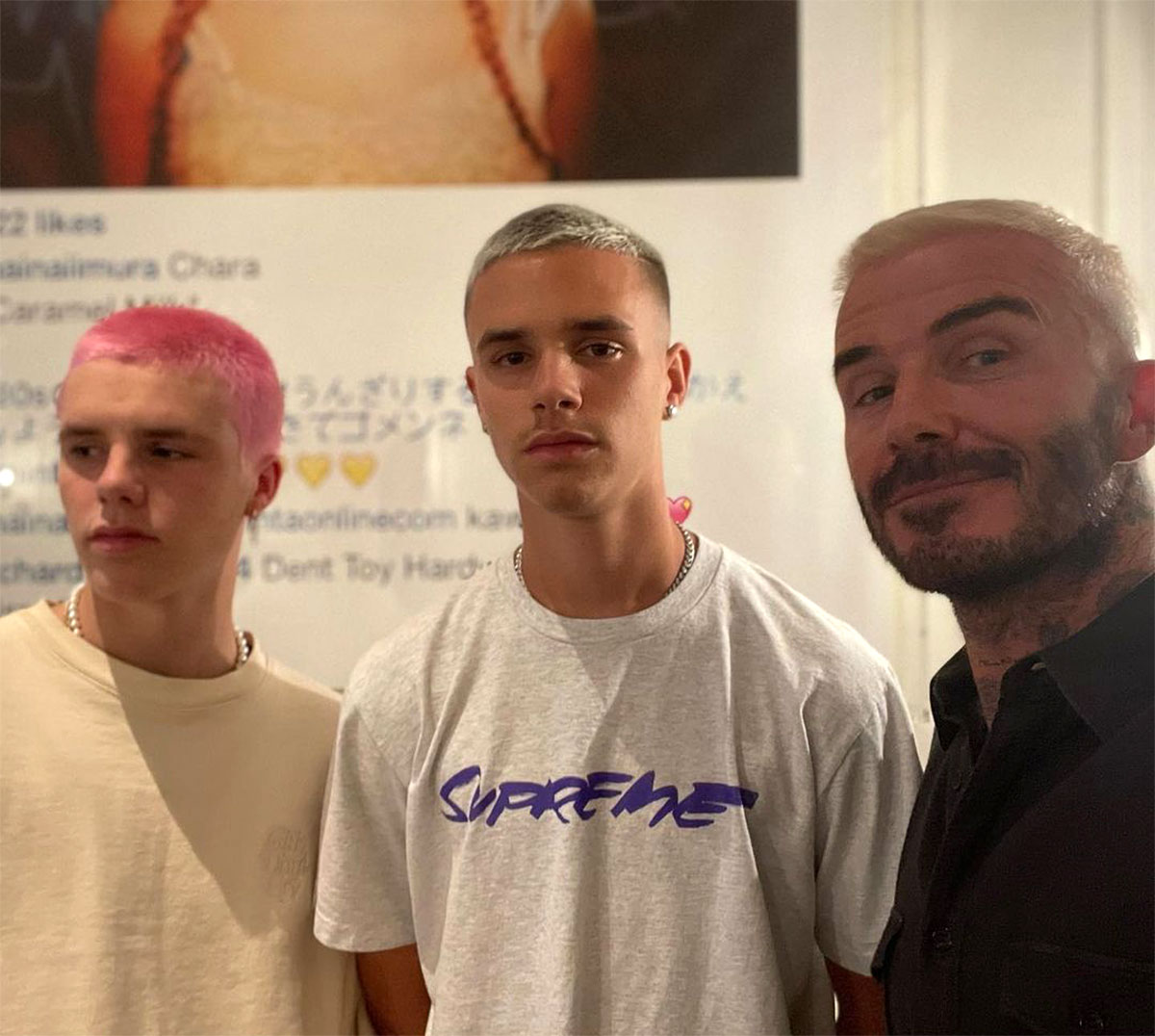 Bleach it like Beckham! Romeo and Cruz Beckham may have debuted bleached buzz cuts as of late, but father David Beckham is on a mission to show his sons that he put the platinum ‘do on the map.

While the 46-year-old soccer player could have easily dug a picture out from decades past, David decided to prove his point in a much more literal way — he bleached his own hair!

“Sometimes the boys need reminding who did it first in the 90’s 🤣,” he captioned his Thursday, July 15, Instagram post, standing next to his two youngest sons. “By the look on their faces they are not too pleased about it 🤔#DadDidItFirst.”

Romeo, who first bleached his hair in May, and Cruz, who debuted a hot pink hue, were clearly less than enthused with their trendy father’s new locks. But the athlete put his son’s fears to rest. He commented: “Don’t worry boys it will be gone in a few weeks😂@romeobeckham @cruzbeckham.” 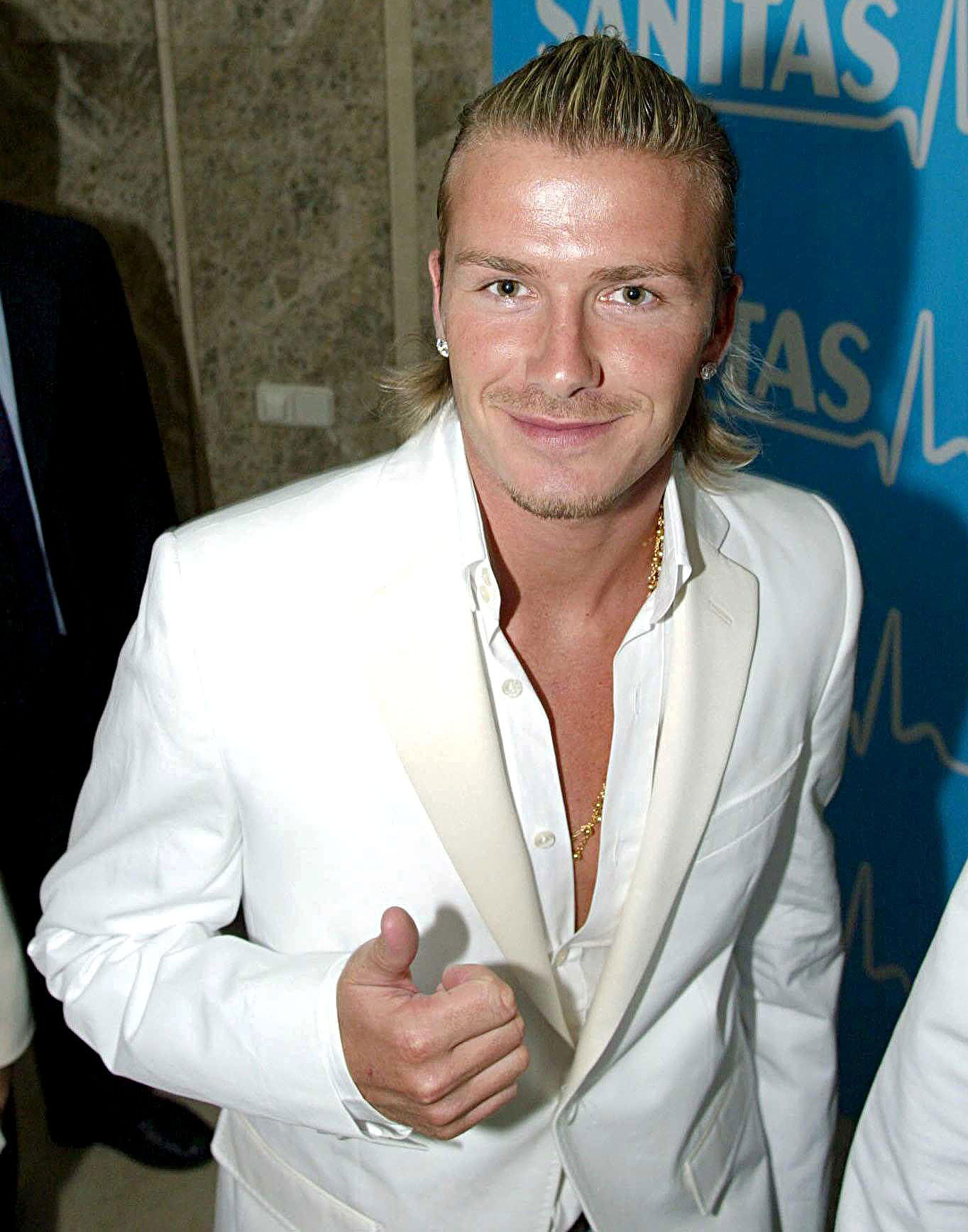 The King Arthur: Legend of the Sword star’s eldest son, Brooklyn Beckham, seems to be big fan of the style switch up however. He wrote, “Looks so cool.”

Victoria Beckham is also all for her hubby’s new hue. “Dad did do it first and it looks even better this time round!!!!” she added, tagging hairstylist Josh Wood, who is responsible for all the boy’s fresh color.

Model Coco Rocha even got in on the action, pointing out that any style the Beckham children could ever rock is always going to be a page out of their trendy parent’s playbook. After all, they’re a pretty fashion forward duo!

“Haha! Love that ever reference they can possibly copy in 2021 started with mum and dad. Being cool is just a waiting game. 😎,” she chimed in.

David, who first debuted platinum tips in the ‘90s and platinum buzz cut in 2007, isn’t about to let his son’s get away with copying his style, well, pretty much ever.

In May, when Romeo first showed off his new look, the athlete wasted no time calling him out.

After his son shared a photo via Instagram, the soccer star chimed in with a very sassy bit of commentary. He started off sweet, writing, “Nice hair.” He even added a red heart emoji.

Things took a quick turn though. “@Romeobekcham I wonder where u got that idea from😂,” he added, effectively calling his son a copy cat.