A WOMAN has been slammed as “disrespectful”after posing for a sexy selfie at her dad’s funeral.

Bizarrely the woman had even chosen to use his open casket as the backdrop for the sultry snap, prompting outrage online. 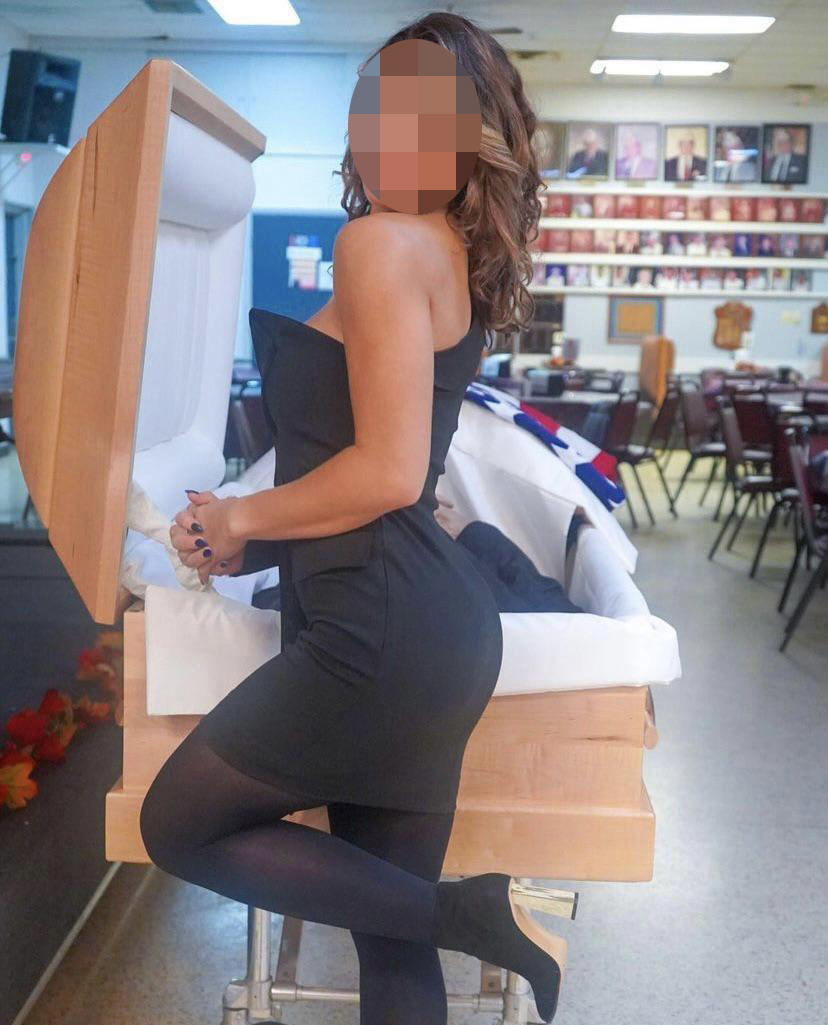 In the snap the woman, who is dressed in a form-fitting strapless black dress and heels, can be seen standing in front of the casket.

She just about obscures her late dad’s head as she lifts one leg up in a ‘foot pop’ pose, while looking down and clasping her hands.

The ‘influencer’ then shared the photo on Instagram where her followers pleaded with her to take it down.

Her snap was later shared on Reddit where it has left users disgusted, sharing their outrage in the comments.

One wrote: “Holy crap, is this so incredibly disrespectful.”

“Oh, this is horrifying….,” added another, while a third wrote, “That's just sad and I hope someone yelled at her for it.”

For more shocking stories, these are the most inappropriate reactions to death ever

And, here's a round up of the world’s most inappropriate selfies revealed.

Meanwhile, funeral directors have slammed mourners who face swap with their dead relatives.