1995 was a vastly different time, both in the worlds of sports and sneakers. The high-flying Shawn Kemp and his Seattle SuperSonics were the toast of the NBA‘s Western Conference, finishing the season at an impressive 64-18 and making it all the way to the Finals before falling to Michael Jordan and the Chicago Bulls — and on Kemp’s feet was his newest signature Reebok sneaker, the Kamikaze II. In the 25 years since then, the Kamikaze II has grown to become one of Reebok’s most popular basketball silhouettes of all time, and now DTLR is paying homage to the fertile cultural climate that birthed it with a new “Glory Years” makeup.

Featuring a tonal black upper with custom heel embellishments plus a two-tone black and green midsole with a bold red stripe, the look is showy-but-serious, much like Kemp’s game. It’s constructed of premium materials, and features special design tweaks like a 64 hit on the back of the right shoe for a nod to the SuperSonics’ regular season victory total during that memorable ‘95-96 campaign.

Ahead of the shoe’s launch, HYPEBEAST spoke to DTLR founder June Saunders about his personal history with the Kamikaze II, his collaborative process when creating the “Glory Years” and more. See below for the full interview.

HYPEBEAST: What was your reaction to the Kamikaze II when it first released in 1995, and what does it mean to you personally?

June Saunders: In a word, the first release of the Kamikaze II in 1995 was iconic. It takes me back to a golden period of the 1990s where Nas, Public Enemy, and A Tribe Called Quest were on the radio. Shawn Kemp and the Seattle SuperSonics, Shaquille O’Neal and the Orlando Magic, and Allen Iverson and the Philadelphia 76ers were on the court. My connection to the greatness was the Kamikaze II. The Kamikaze II’s silhouette has that pop that is instantly recognizable and catapults it to my top five greatest Reebok shoes of all time. Personally, I feel connected to the Kamikaze II because I remember receiving a pair as a birthday gift from my mother. Reebok had a huge, raw impact on the culture at the time and having that pair as an addition to my arsenal was unforgettable. 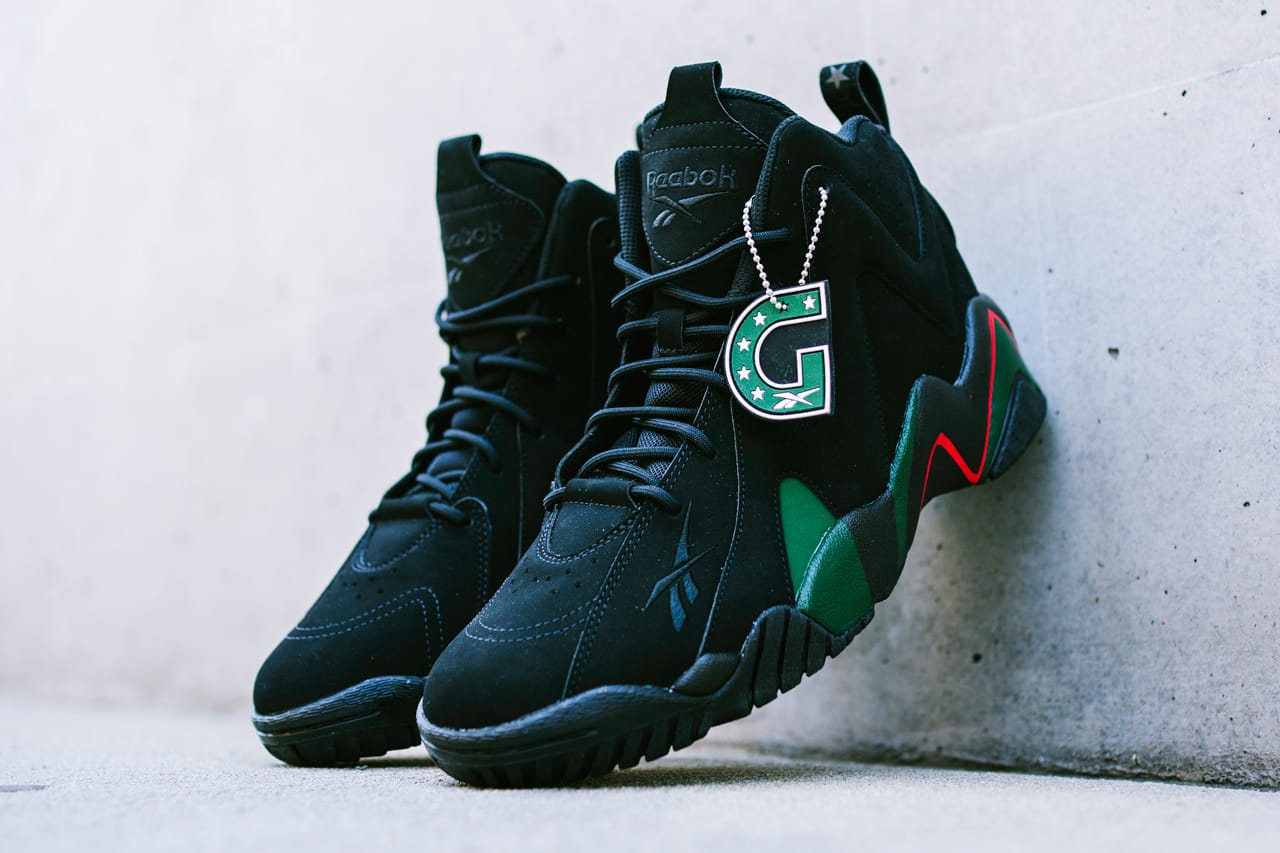 The Kamikaze II boasts an instantly recognizable look. When working on it as a collaborative partner, how do you balance maintaining its original ethos with putting your own unique spin on it?

During the collaboration process, my team and I put emphasis on keeping the design clean and vintage, staying true to the powerful ethos that the Kamikaze II carries. We used the unsung story of the 1995-1996 Seattle SuperSonics squad to cultivate this “The Glory Years” rendition. We aimed to rediscover this gritty story from the 1990s with current sneaker culture by manifesting that story.

We chose to keep the archetypal zigzag tonal for a modern touch, and we also wanted to highlight other design and craftsmanship features on the silhouette. We elevated some of the materials including upgrading the nubuck, and embellished the outsole and midsole with the colors of the jersey the Seattle SuperSonics jersey during their historic 1995-1996 We also embroidered 64 on the back of the shoe as a nod to that tremendous run. Black reflective stars on the heel and a black reflective Reebok symbol on the lateral side give a sleek and unobtrusive genuflect to the brand and the inspiration for the collaboration. We incorporated points of discovery that you do not see at face value as a parallel to the lost stories that we want to bring life to. 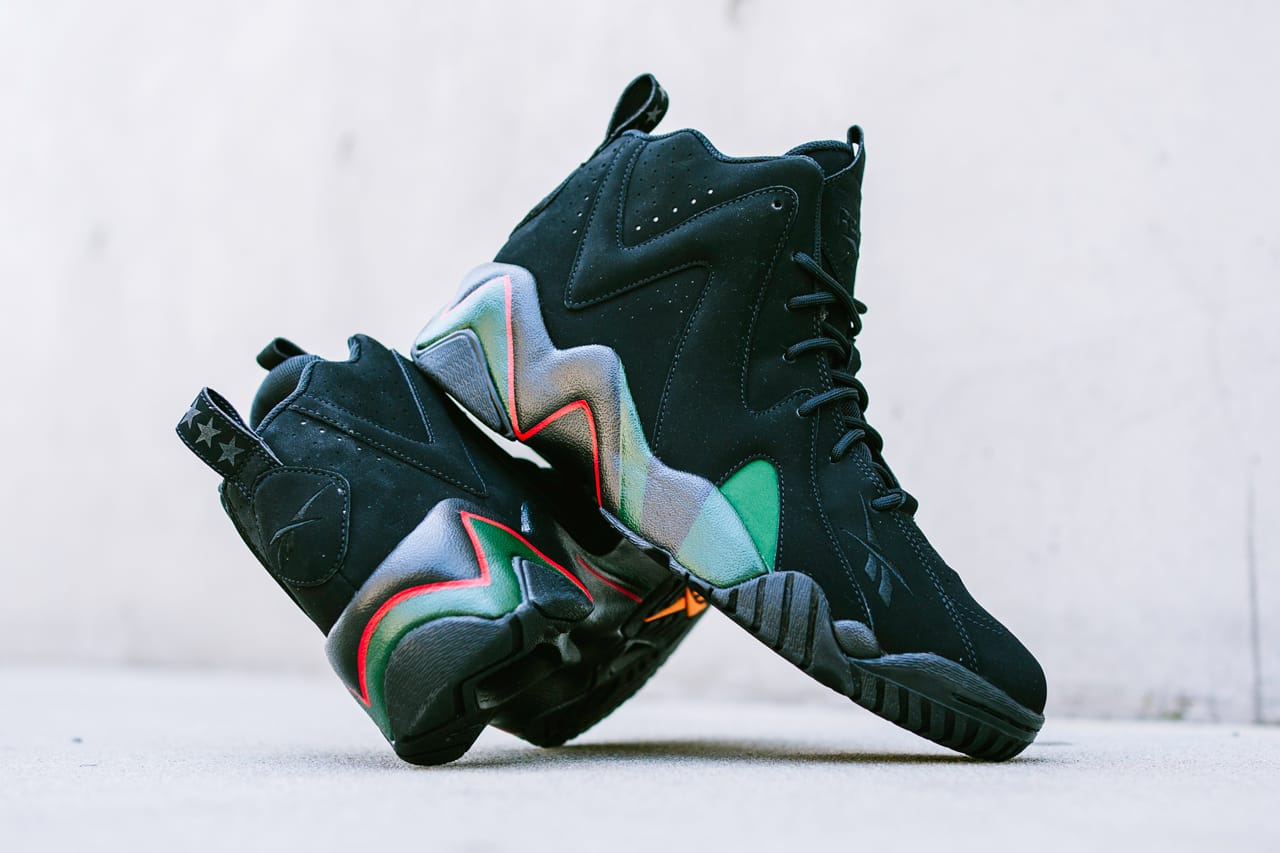 What’s your favorite piece of the Kamikaze II?

Hands down the zigzag on the side. Few other shoes have such a striking design feature that make them bold but effortless, aggressive but sleek, edgy but classic. The Kamikaze II was so distinctive from other shoes out at the time.

How do you see the legacy of the Kamikaze II evolving and changing over the next few years?

The next few years will be an exciting time for the Kamikaze II and Reebok in general. With Kerby Jean-Raymond recently named as Creative Director of the brand, I most definitely see a reintroduction to sneaker culture dominance. As far as the “Glory Years” goes, I think it’s positioned to be a jumping off point for the expansion of the Kamikaze family tree. 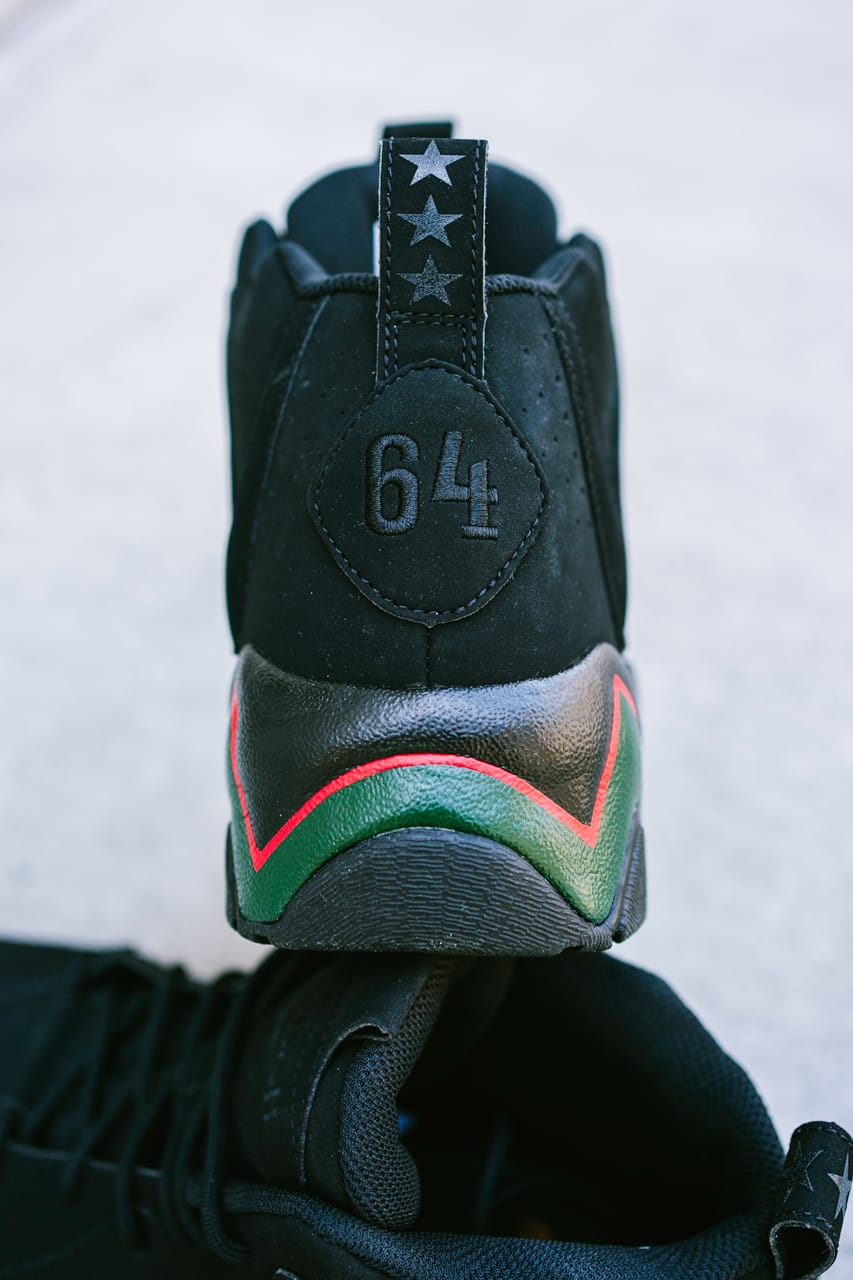 The DTLR x Reebok Kamikaze II “Glory Years” will release exclusively via DTLR on October 30, and is priced at $120 USD.