ALL I ever wanted as a fair-skinned, freckly teen was to be beautifully bronzed like my friends.

In  fact, I’d say it was my first ever pet peeve about my appearance. 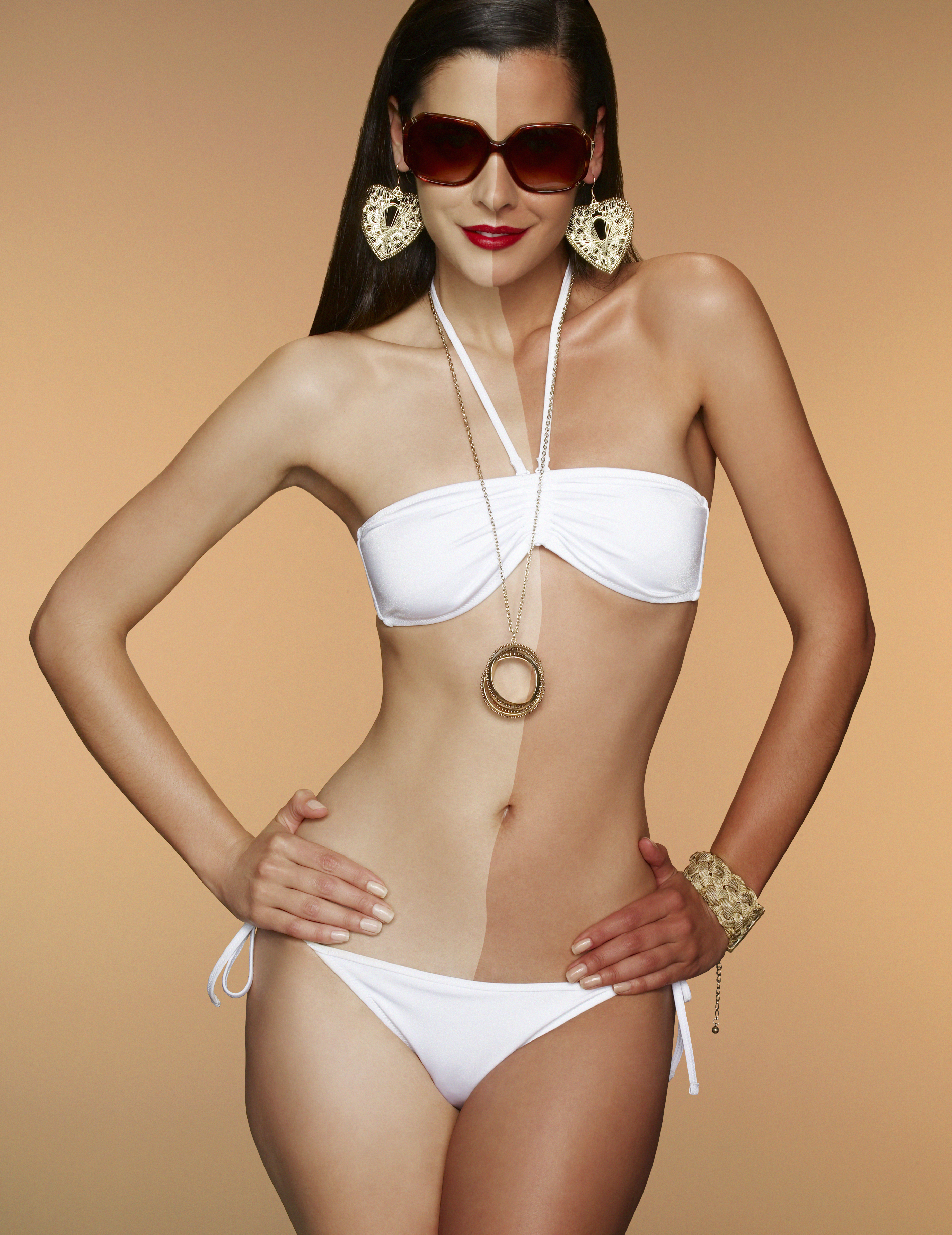 According to a survey, 88% of women agree that a golden tan makes them feel  more confident.

I can still remember the moment when, aged 15, I stumbled across Fake Bake Luxurious Golden Bronze Airbrush Instant Self-Tan, £24.95,  at my local chemist.

I scraped together every penny I earned from my Saturday job and dashed to the counter to buy it.

With butterflies in my stomach, I rushed home and doused my entire body in three layers of the stuff. 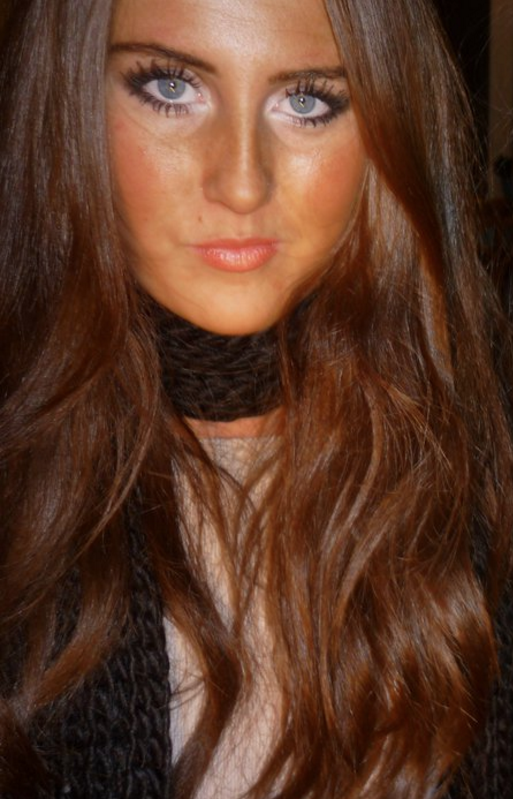 An hour later,  my mum took one look at me and burst out laughing. “What have you done to yourself?” she gasped.

To be fair, I hadn’t read the instructions, which said to apply a thin, even layer. Not that it would have stopped me. Back then, I didn’t realise how important it was to love the skin I was in.

I was already a pretty confident young woman, but I’d always been conscious of my fair skin, and turning myself terracotta boosted my self-esteem.

Despite thinking I looked good  at the time, looking back it was disastrous. I spent the next few months topping myself up daily, even though you’re only supposed to use it once a week.

People stared at me at school, but little did I know it was for all the wrong reasons.

My friends made subtle comments, hinting that maybe I had gone a little overboard, probably because they couldn’t bear to continue walking around with a life-sized Wotsit.

But I didn’t care – my quest to become a bronzed goddess was finally complete.

After about a year, I started to pare it back, as it was proving too expensive. I only earned around £25 per week, and my next mission was to save up for a car.

But looking in the mirror and seeing myself without fake tan was out of the question. That was when I discovered  the bargainous St Moriz Tanning Mousse, £2.99.

Less than three quid for an incredible tan? What a revelation! I’d go through a bottle a fortnight, and although the expense wasn’t breaking the bank, the routine of it began to take its toll. 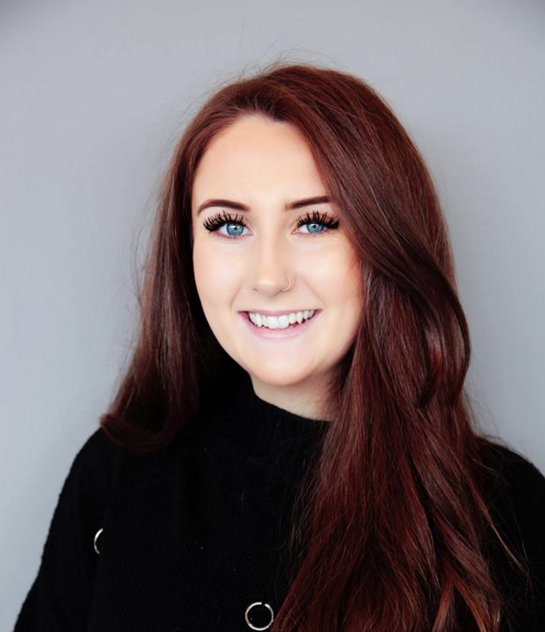 Every couple of days I had to exfoliate from head to toe, then apply the mousse  to every inch of my body and allow it to dry. Then I’d apply another layer for good measure.

But it quickly became boring – I’d just turned 18  and quite frankly had better things to do – so I decided to compromise and began using a gradual tan every day instead: enter Garnier Summer Body Moisturising Lotion, £9.99.

Not only did it smell like summer, but over a few days it also gave a glorious golden glow that for once actually looked natural.

Now I’m 25, with a job that allows me to try out pretty much every new fake tan for free.

A golden glow is great, but it’s not the deepness of my tan that defines me

In  a way, fake tan helped me get here, too, by making me realise I had a passion for beauty and could create a career out of it.

But the funny thing is, I’m no longer consumed with achieving the ultimate bronzed look out of a bottle.

These days, I love to enhance what I have naturally rather than Tango-ing myself to the max. For a special occasion I still like to bronze myself up or give my face a sun-kissed base, but I’m not slapping on nearly as much as my orange teenage self.

That’s because I know something my 15-year-old self didn’t – a golden glow is great, but it’s not the deepness of my tan that defines me.

The glow in this is so subtle, it can be used  every couple of days as a body moisturiser for a gradual build-up of colour.

It also contains cocoa butter, so it’s like wrapping yourself in a duvet of moisture. 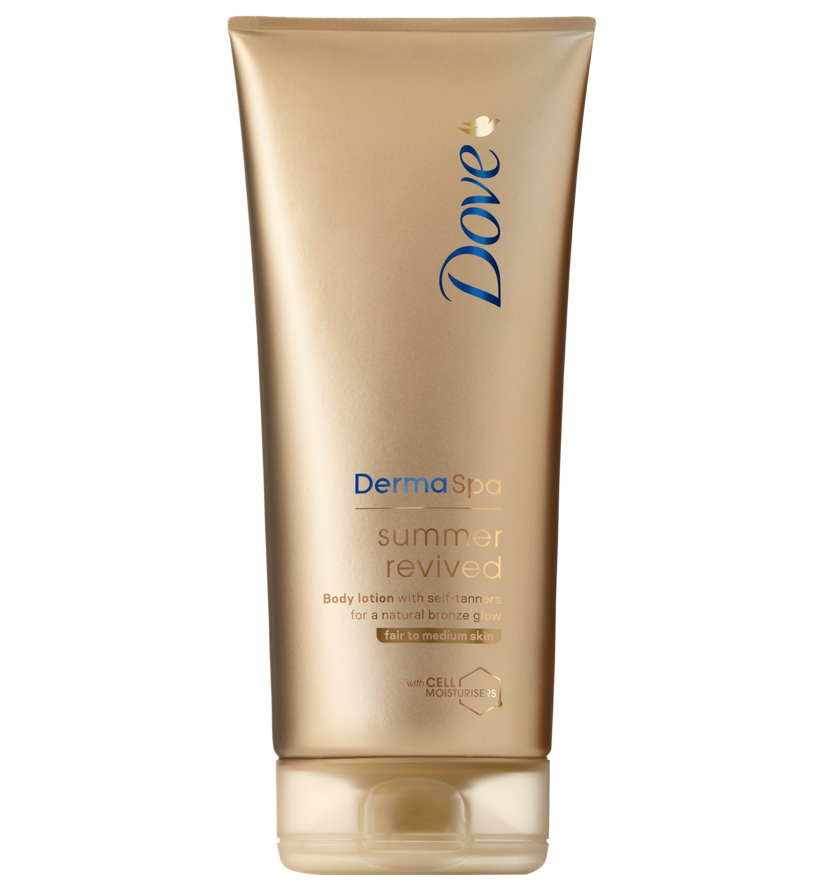 Banish rosiness and amp up hydration with this spray-on water formula that contains colour-correcting actives and skin-quenching coconut oil. 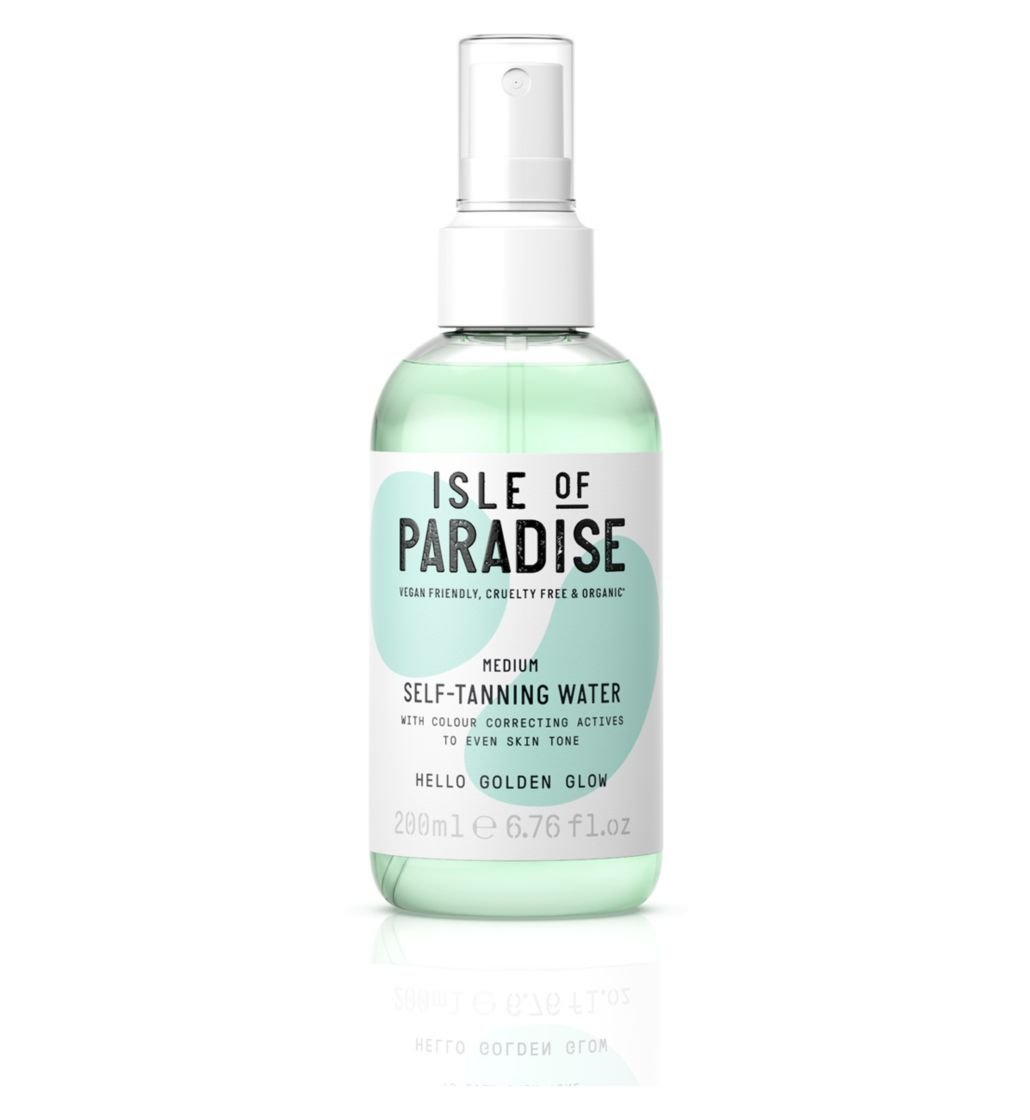 If you need to seriously up your tan game, this is the foam for you.

Infused with aloe vera, it can be used on sensitive skin and creates an even, streak-free, deep  tan that’ll make you look like you’ve just  stepped off the plane. 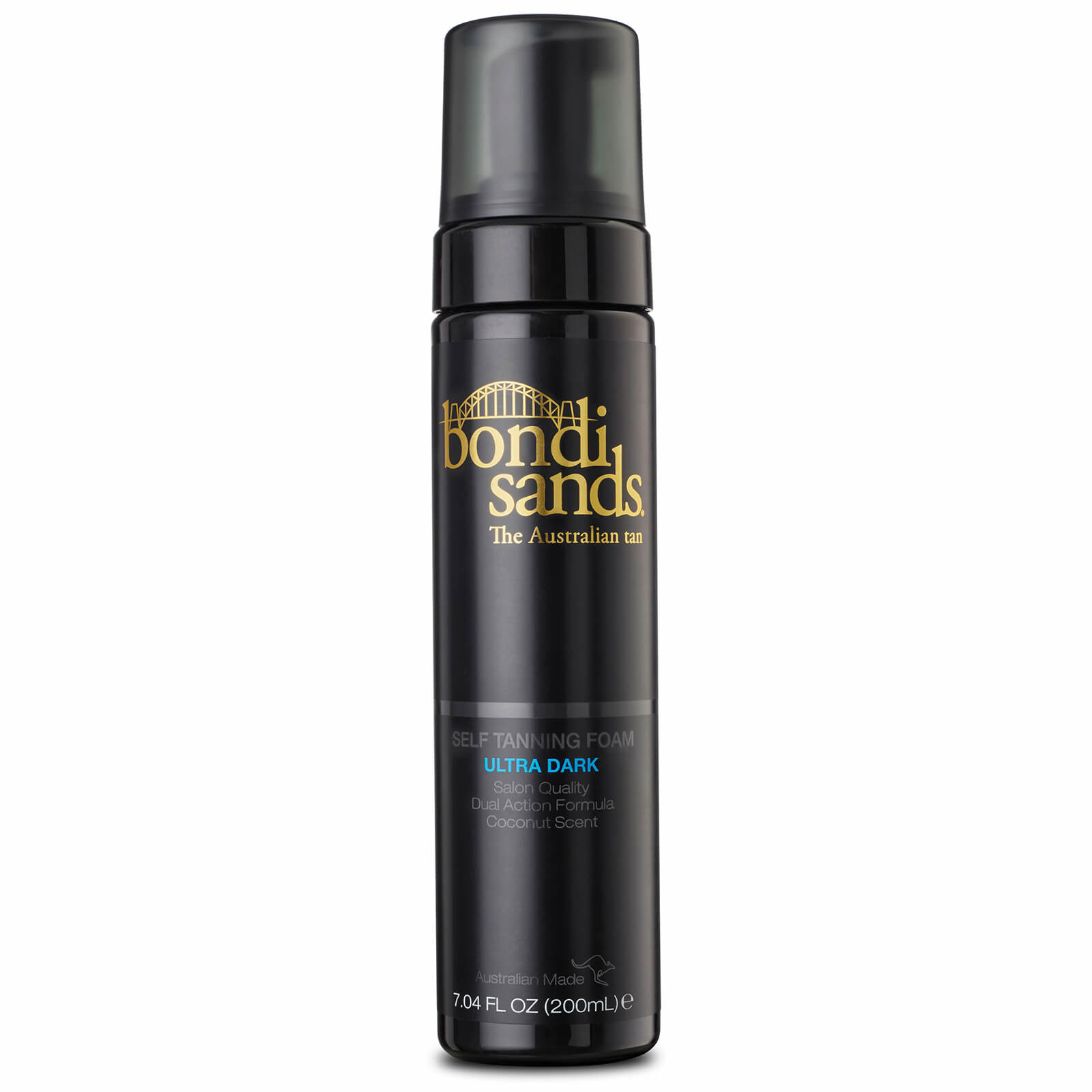 Pale face + tanned bod = not  a good look. But slather this on before bed and you’ll wake up with a bronze glow.

It’s fast-drying so there’s no risk of it transferring on to your bed sheets, and it’s packed with hydrating hyaluronic acid to counteract the drying tanning agent. 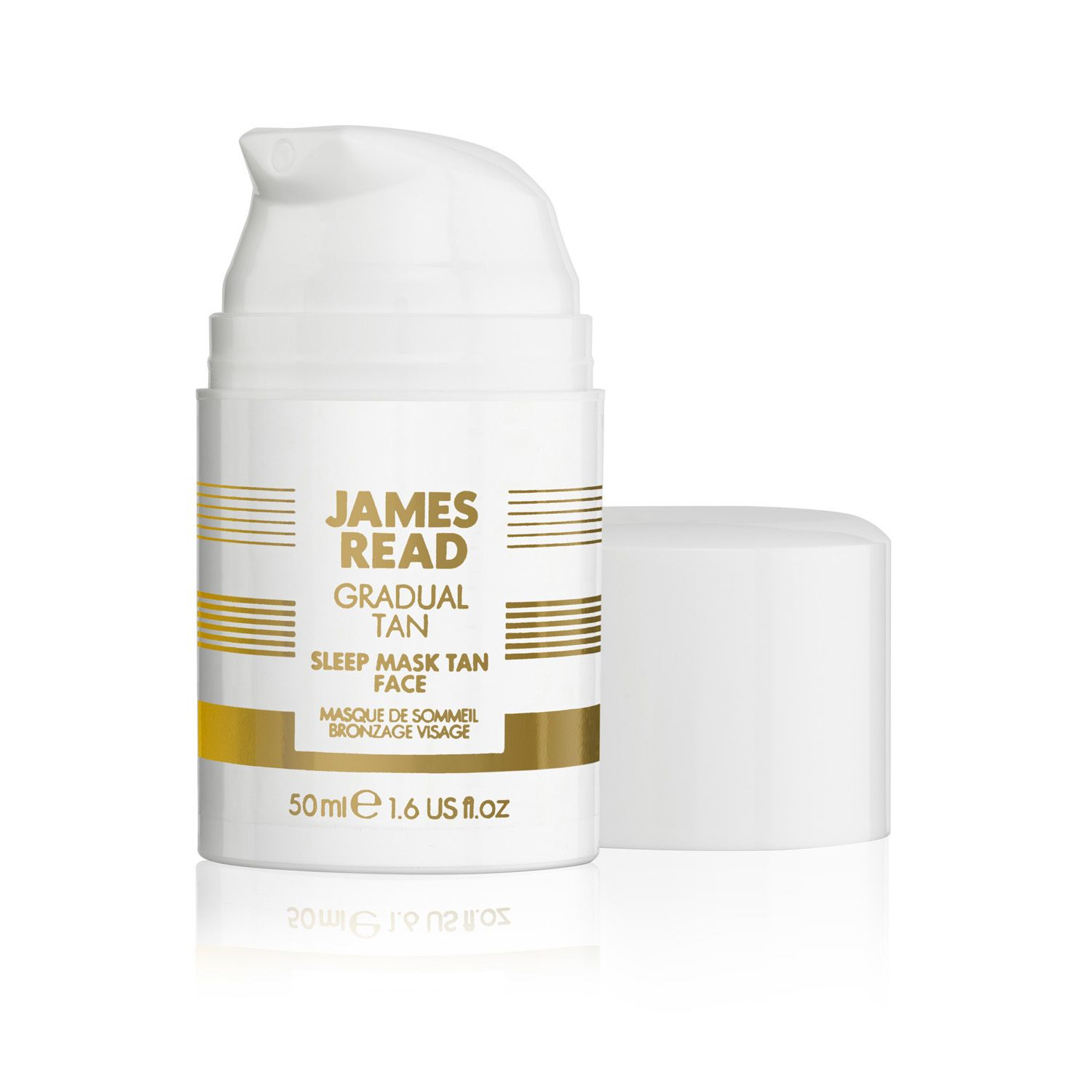 If you’re feeling particularly ghostly at the start of a holiday, a quick mist of this is all it takes.

Free from the telltale scent, it smells like a tropical cocktail, and is super-refreshing thanks to  fresh green mandarin. Holi-yay! 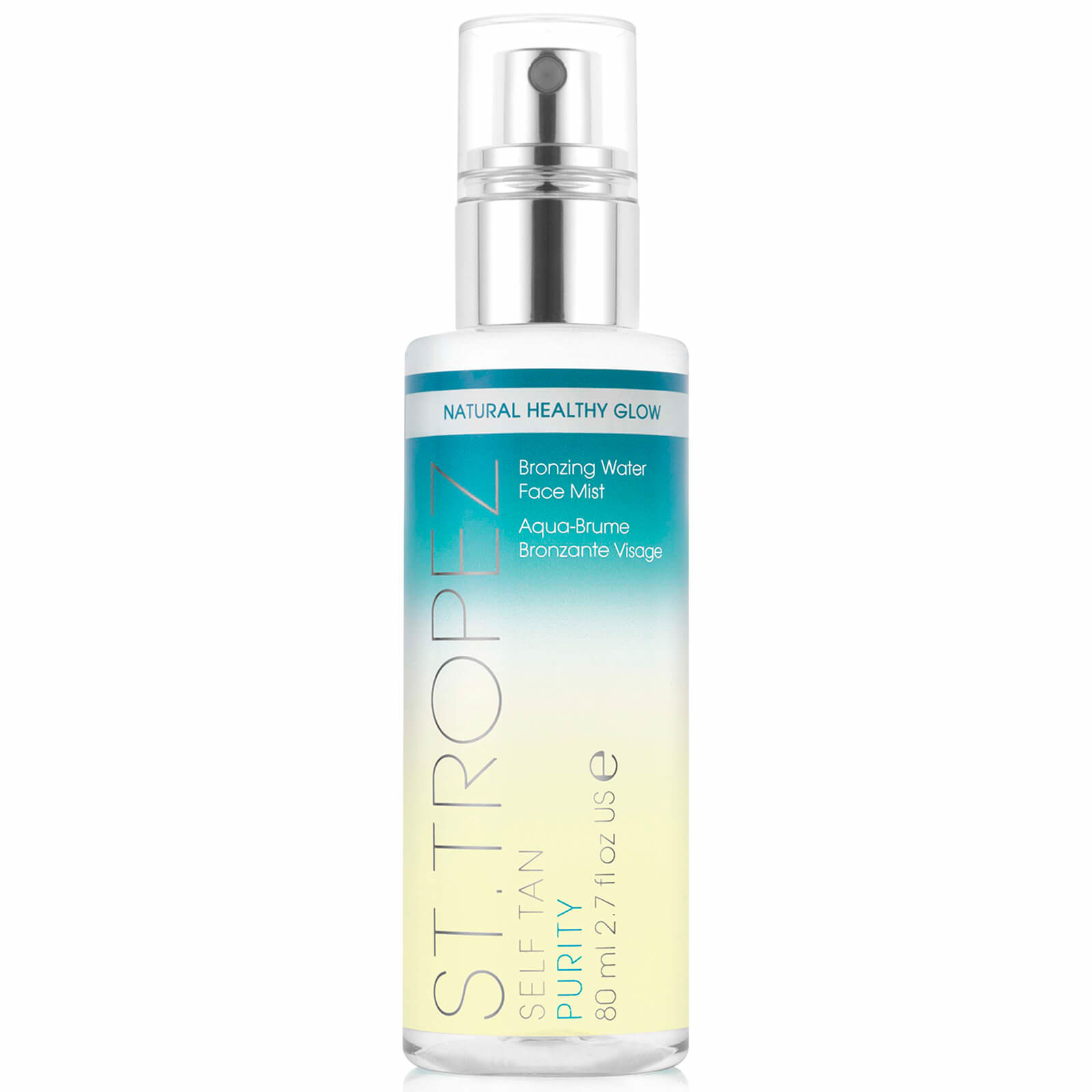