ONE woman has revealed that rich guys are her type, but they also have to be unattractive to feel privileged to be dating her.

Lexi Noel is spilling her tips on what she has learned from dating wealthy men, and she says that "a queen gets served." 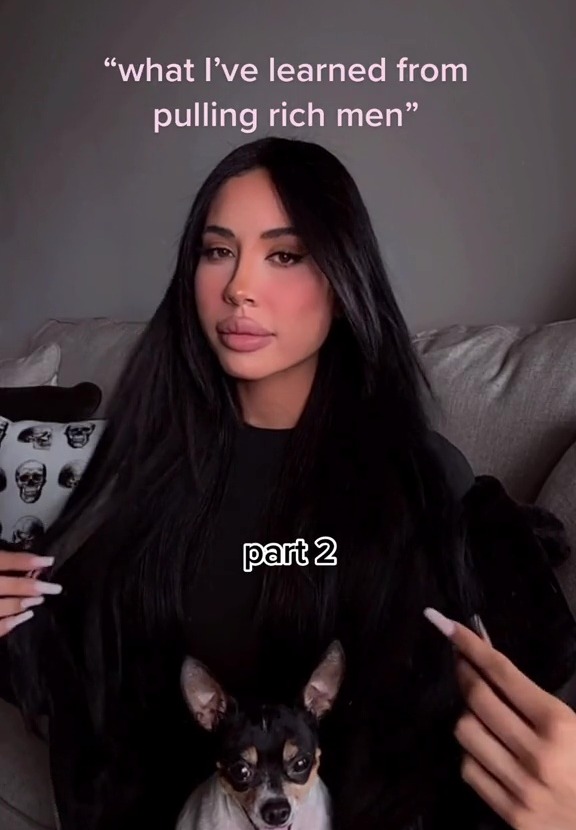 Taking to her TikTok platform, the woman says that men are not complicated and when you understand them you can conquer anything.

Posting under the domain @lexinoel3 she said "What I have learned from pulling only rich me."

"They have to be more into you than you are into them. A queen doesn't serve she gets served" Lexi said.

Adding: "Men are the least complicated gender. Once you know how simple they are you can accomplish anything."

The post titled: "My ex just watched me film this before dinner and he agreed with everything I said"has been viewed over 446k times and the popularity has led Lexi to create a part two.

In her follow up post, she reveals three more tips, the first she says is to drop hints as opposed to straight out asking for money.

"Don't ask for money. Hint that you love something, want something, need to work longer so you can afford this one thing or even need money. 9/10 he will end up getting it for you" she said.

Her second recommendation is to ensure that the rich guy you are dating, can see the value of having you in their life.

"Be valuable to them. Create a natural genuine connection. Men fall in love faster, use your feminity" said Lexi.

Adding: "Tell them about your life and have them do the same. Be there for him. Make him want you around 24/7 like he needs you there to survive."

Her final tip is to ensure you give your man sentimental gifts or treat him to an experience to show you care.

"Buy him gifts or an experience. HOLD ON. He knows you can't afford or give him what he gives you but just knowing that you care and are willing is a chef's kiss to men" Lexi explained.

Adding: "Always remember they are not as emotional as us. But they get emotional after physical attraction."

The post has been met with a whopping 912k views and a range of comments.

"FACT: Rich men don't ever want to feel like a credit card" commented one person.

Another said: "Ladies made your own money. Wealthy men are too much work."

"So this is strategic. You all pretend to love someone for money" commented a third. 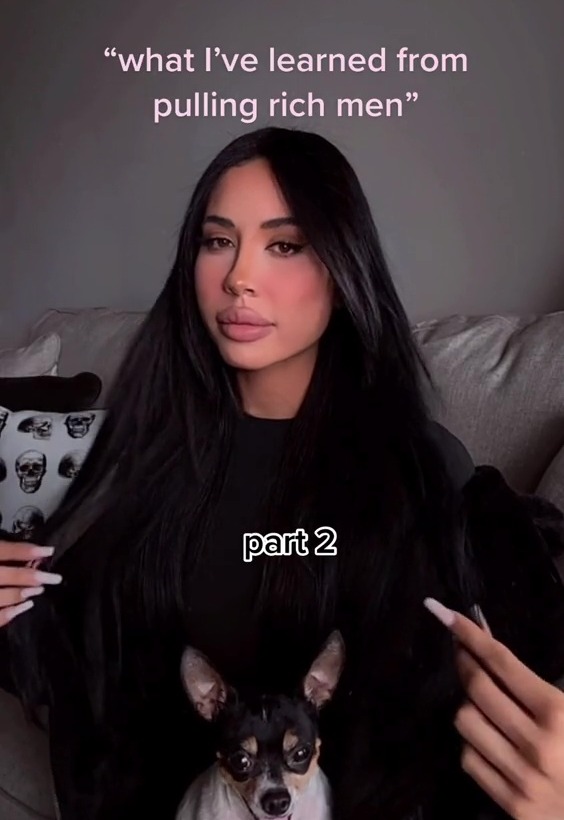 More on money-making hacks, a mum reveals how she saved £2.9k a year by slashing her grocery bill – and passing on her tips has made her a MILLIONAIRE.

In some cases having others pay for you can go wrong as one groom ditched bridezilla fiance at the altar after finding out she’d secretly forced his mates to pay for a £7k cake.

Meanwhile…I’m pretty & it’s NOT a good thing, girls leave me out, they don’t like not being the most attractive person in the room