CELEBRITIES Heidi Klum and Demi Moore have dated much younger men, but what’s it really like? 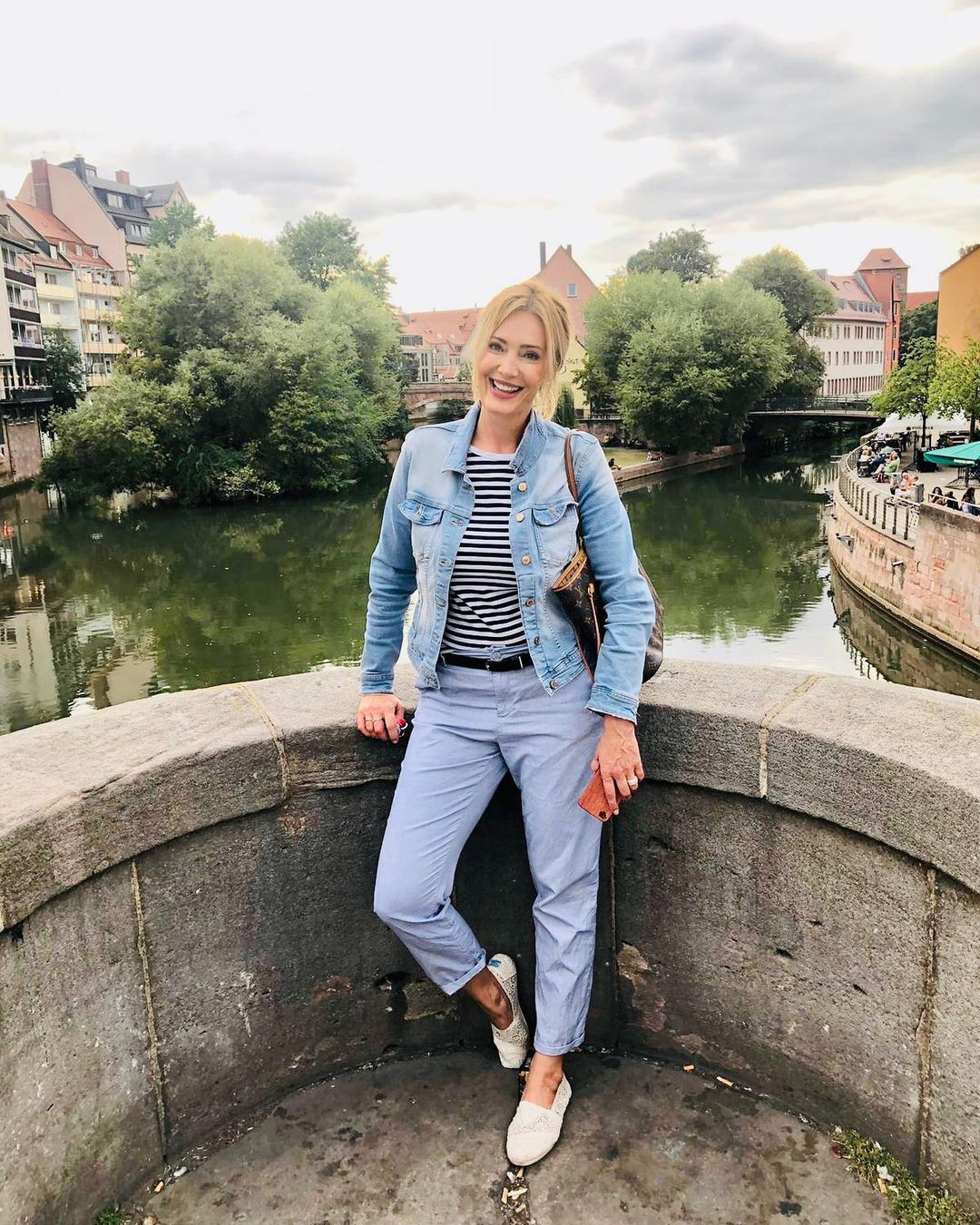 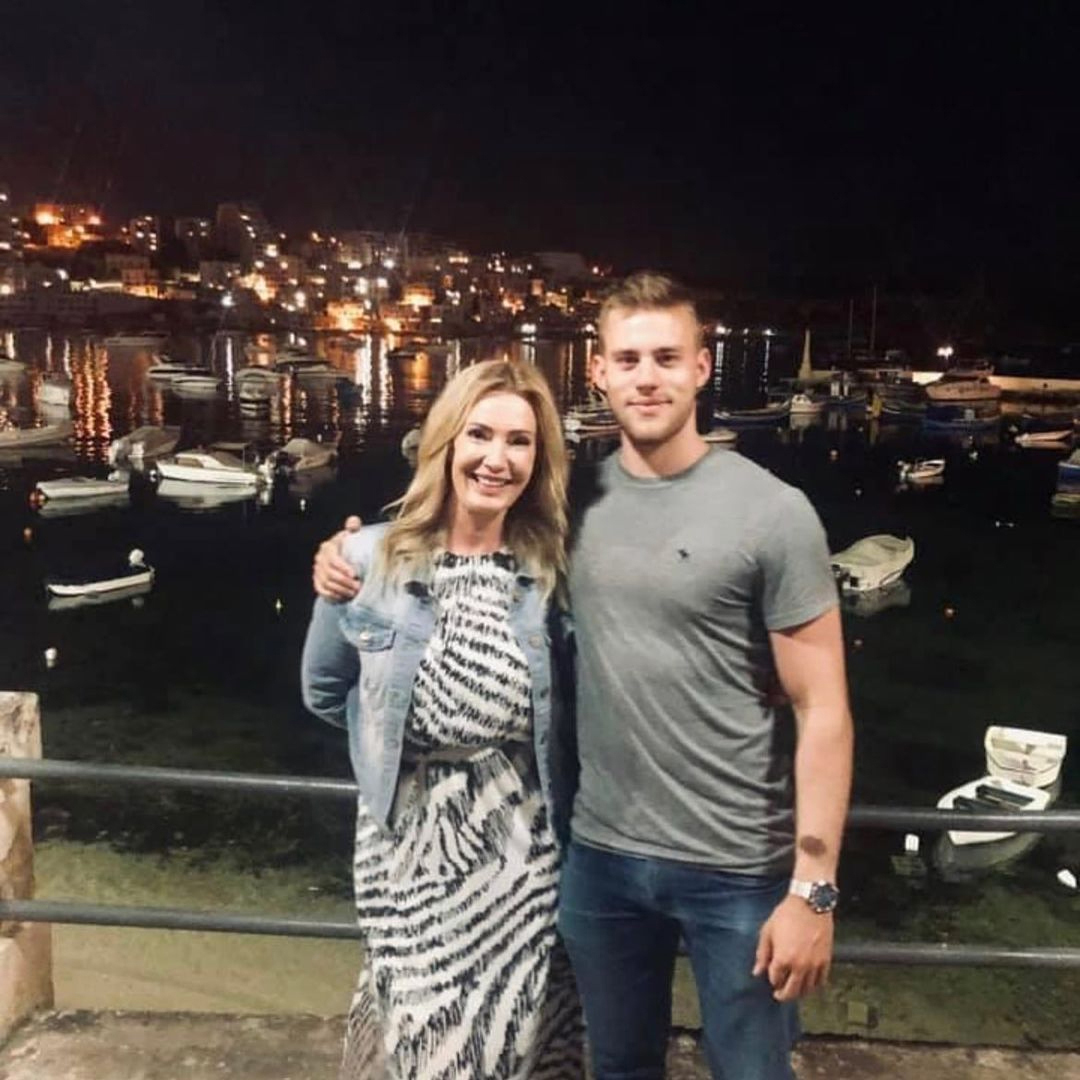 Walking into the office Christmas party with a handsome man on my arm, I felt amazing. I hadn’t told colleagues who my plus one would be and I could feel them staring as they saw us. Then my phone pinged with a message from a workmate across the room. “Honey, you’ve caused a plate to be dropped on the floor!”

I smiled at Tim, the incredible guy I was with – who’s 19 years my junior. “Let people be shocked,” I thought. I was blissfully happy.  Just a few months before, I’d had no interest in falling in love. After 13 years of marriage, I’d divorced my husband in 2017 when I was 40. His job in the American military meant his career came first and I’d spent years travelling with him, always putting my needs second to his.

Back in my home country of Germany, I could finally focus on myself, my career in marketing – and having fun. I dated different guys, some close to my age, and one much older at almost 60!

Then, in October 2018, the company I worked for merged two of its buildings. One morning, this tall, handsome guy in a leather jacket walked in with a motorbike helmet under one arm and I thought: “Wow”. A colleague told me his name was Tim, he was 22 and also worked in marketing.

Though I thought he was gorgeous, he was 19 years younger than me, so I put him out of my mind. That night, though, Tim messaged me on LinkedIn asking for my phone number. I was flattered, but hesitant. I didn’t even know what 22 year olds did for fun. I pictured Tim and his friends on his PlayStation, a world away from the travel, restaurants and fitness-focused life I led outside of work.

However, my age clearly wasn’t an issue for Tim. He asked me about it in one of his earliest messages and over the next three weeks he repeatedly asked me out on a date. My friends told me to go for it and eventually I said yes.

Though I thought he was gorgeous, he was 19 years younger than me, so I put him out of my mind.

Every worry about the date vanished the moment we met up. We went for drinks and walked around the castle in Nuremberg, where we both lived, which was very romantic.

Tim was incredibly funny, and charming. We had so much to talk about – we shared a love of the gym and an interest in nutrition, had similar political views and liked the same movies. There was such a strong physical and mental attraction, and by the end of the date I knew I really liked him.

We had three dates in that first week, and when I took a work trip to Paris the next week, we FaceTimed every day. After a month, we said we loved each other. I felt like a giddy teenager.

As for the sex, at first I was super-nervous. In part, because of my body – while I work out, I have the same insecurities as any woman, although I’ve learned that if someone wants to be with you, your body really doesn’t matter at all. It was also because I thought: “He’s probably only been with two or three girls his age or younger. Does he even know what to do?” But the sex was great from the start.

Most of the time, our age difference wasn’t an issue. It felt completely natural to spend time with each other’s friends. We’d have dinners and go to parties or stay in together. We certainly never sat down and discussed the years between us. But there were times when it would hit me.

Early on, I realised that I could be the same age as his mum, which was a pretty alarming thought! But, in fact, our parents are almost the same age. Tim’s parents had him in their 40s, and mine had me in their 20s. Tim met my mum and dad early on in our relationship, because they looked after my dog during the day and we’d head to their house before going to the office to drop him off.

We had three dates in that first week, and when I took a work trip to Paris the next week, we FaceTimed every day. After a month, we said we loved each other.

My dad once commented that Tim was young, but that was it. They could see how happy I was.  Tim lived with his parents, so I’d see his mum sometimes when I’d drive him home from work. She’d always wave and say hello, and that year I went over for Christmas dinner. I was nervous beforehand, but they were lovely.

Not everyone was so supportive, though. After a few weeks of dating, a few friends texted and questioned if I was serious. They asked why I was wasting my time when I should be looking for a man to grow old with. Another friend, who I’d known for two years, even sent a text with vomiting-face emojis. That friendship soon ended.

If Tim were a terrible guy, then that would be one thing, but if their only issue was his age, that was absolutely none of their business.  I’d never wanted children and, luckily, Tim felt the same, so there wasn’t pressure on that front. And none of his friends have had an issue with our age gap.

After that office Christmas party, he did face a few stupid comments at work – people joking that he was “sleeping his way up”. But Tim just shrugged it off. He’s confident in himself and in our relationship, plus these days we work for different companies.

In early January 2019, Tim moved in with me, and when I relocated to Malta at the end of that month for work, he came with me. In 11 months of being there, no one ever mentioned our age gap. And if we ever argued, it was about normal stuff, like who should take out the rubbish, never about our age difference.

We moved back to Germany in December 2019, and after Covid hit early last year, it was tough, with both of us working from home during seemingly endless lockdowns. Then, in summer 2020, an Instagram account celebrating age-gap relationships found a picture of us on my feed and asked us to share our story with its followers. The response was incredible.

People from across the world sent messages to us about their own age-gap relationships. I was blown away.

It showed me how many myths and misunderstandings there are about age-gap relationships – how an older woman is seen as a “sugar mummy” while a younger woman is a “gold-digger,” and that people assume a relationship like ours is destined to end because the man will inevitably leave the woman for someone younger.

People can’t see why any guy would want to be with an older woman, which is infuriating. I never worry about the future, though – there’s just no point.  And while I may sometimes get hurtful comments on Instagram asking if Tim is my son, ultimately we have the last laugh. We bring joy to each other, and whatever other people think, that’s the most important thing. 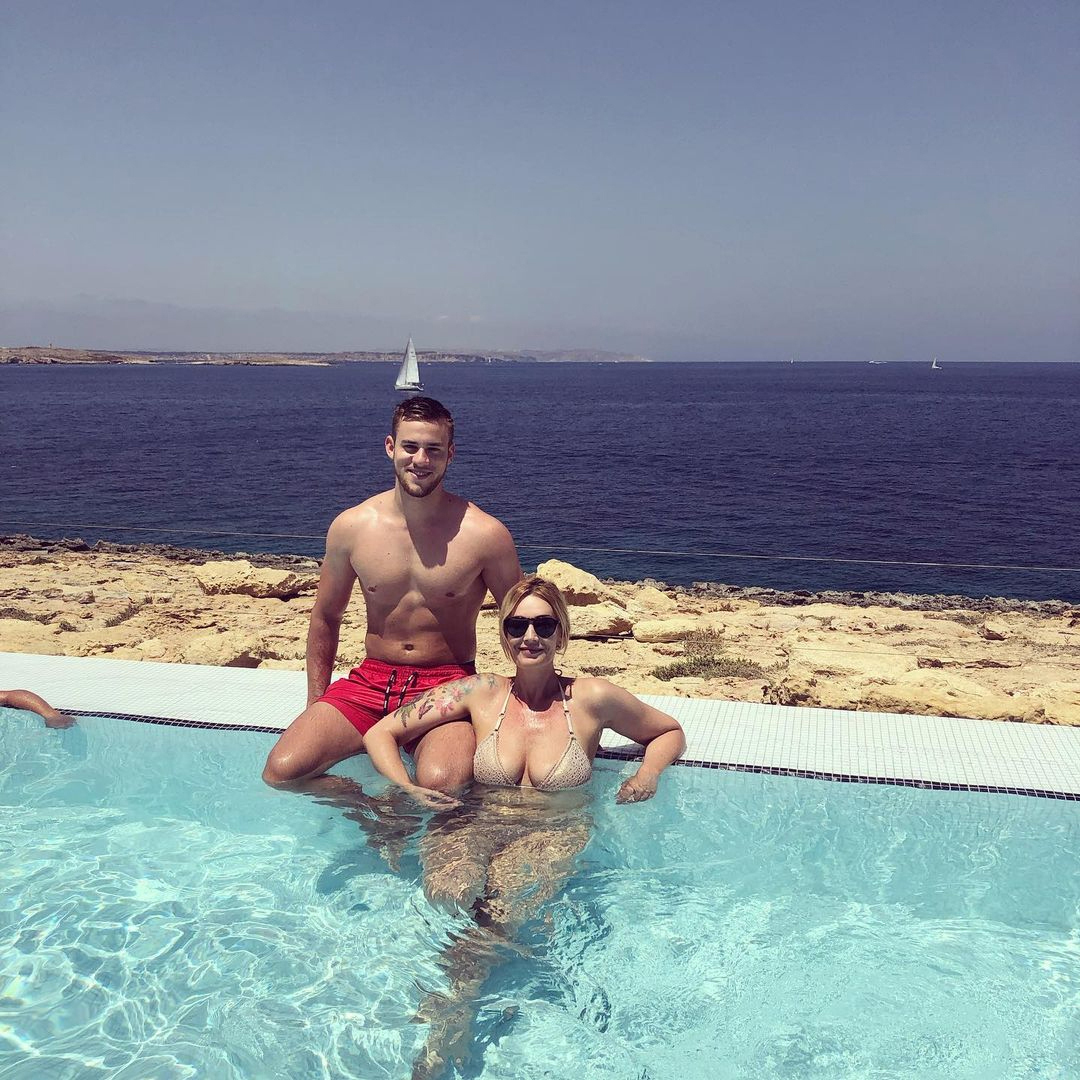 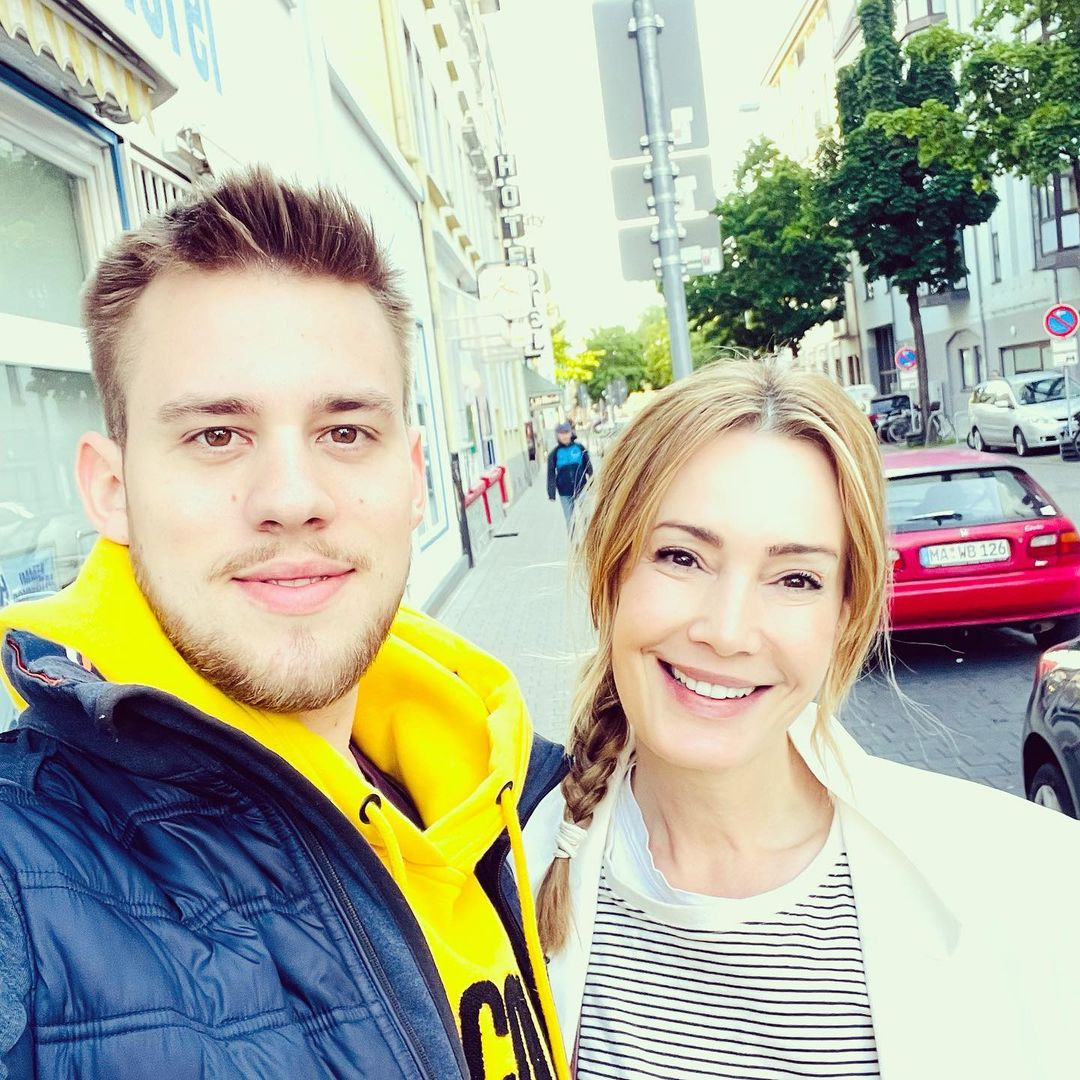