WHEN Princess Diana passed away in 1997, the late Royal left her impressive jewellery collection to her two sons in the hope that they would pass it onto their future wives one day.

But while Meghan Markle blinged up her engagement ring which featured two of her late mother-in-law's jewels, Kate Middleton also tweaked her stunning sapphire ring from Diana. 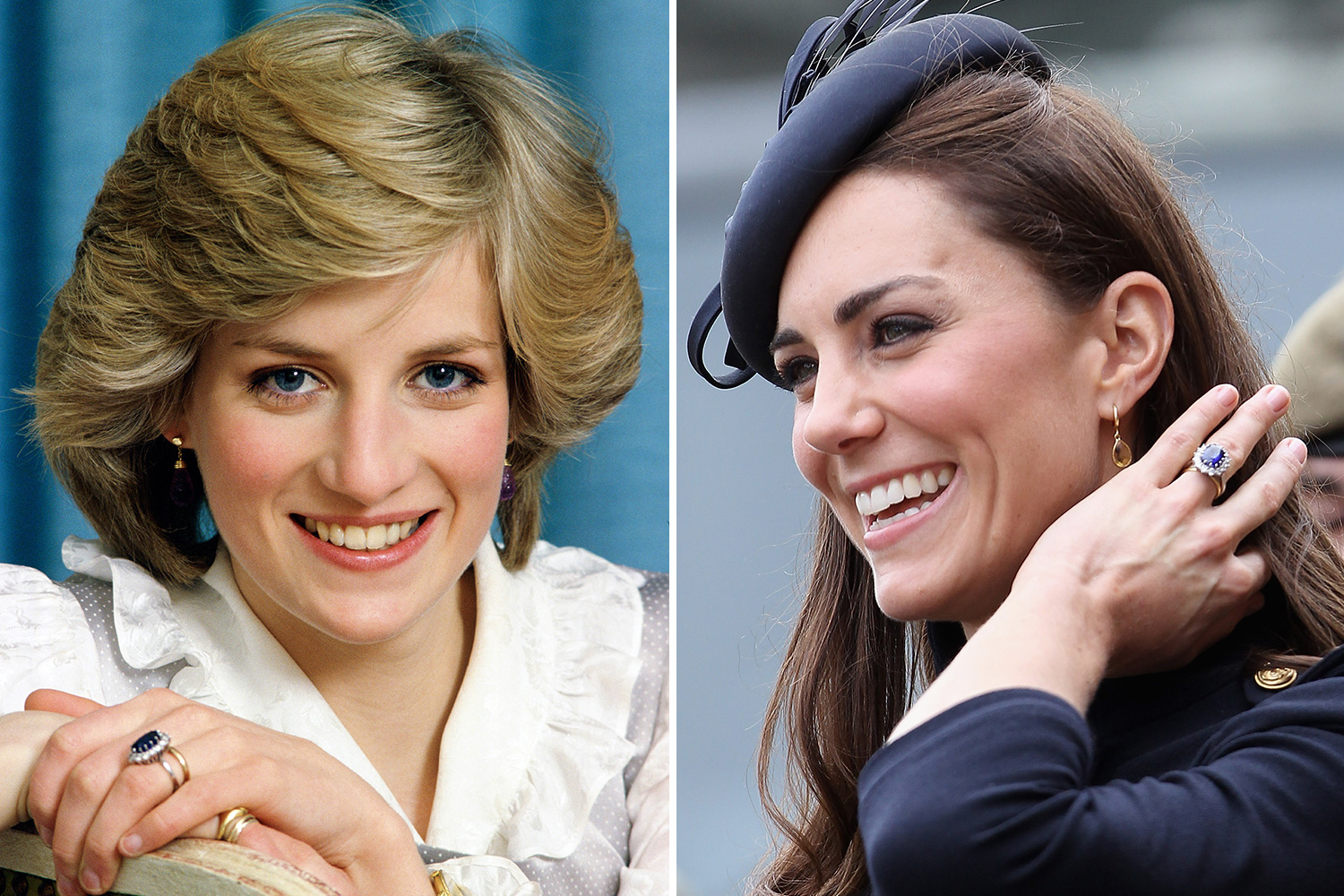 In a special "letter of wishes" included in her will, Princess Diana wrote: "I would like to allocate all my jewellery to the share to be held by my sons, so that their wives may, in due course, have it or use it. I leave the exact division of the jewellery to your discretion."

In 2010, Prince William proposed to Kate with his late mother's 12-carat sapphire engagement ring which is surrounded by 14 solitaire diamonds, set in 18-carat white gold and estimated to be worth £300,000.

Kate is reported to have had the sapphire ring adjusted as it was a little too big.

Jeweller G. Collins and Sons resized the ring by adding small platinum beads inside the band to reduce its diameter. 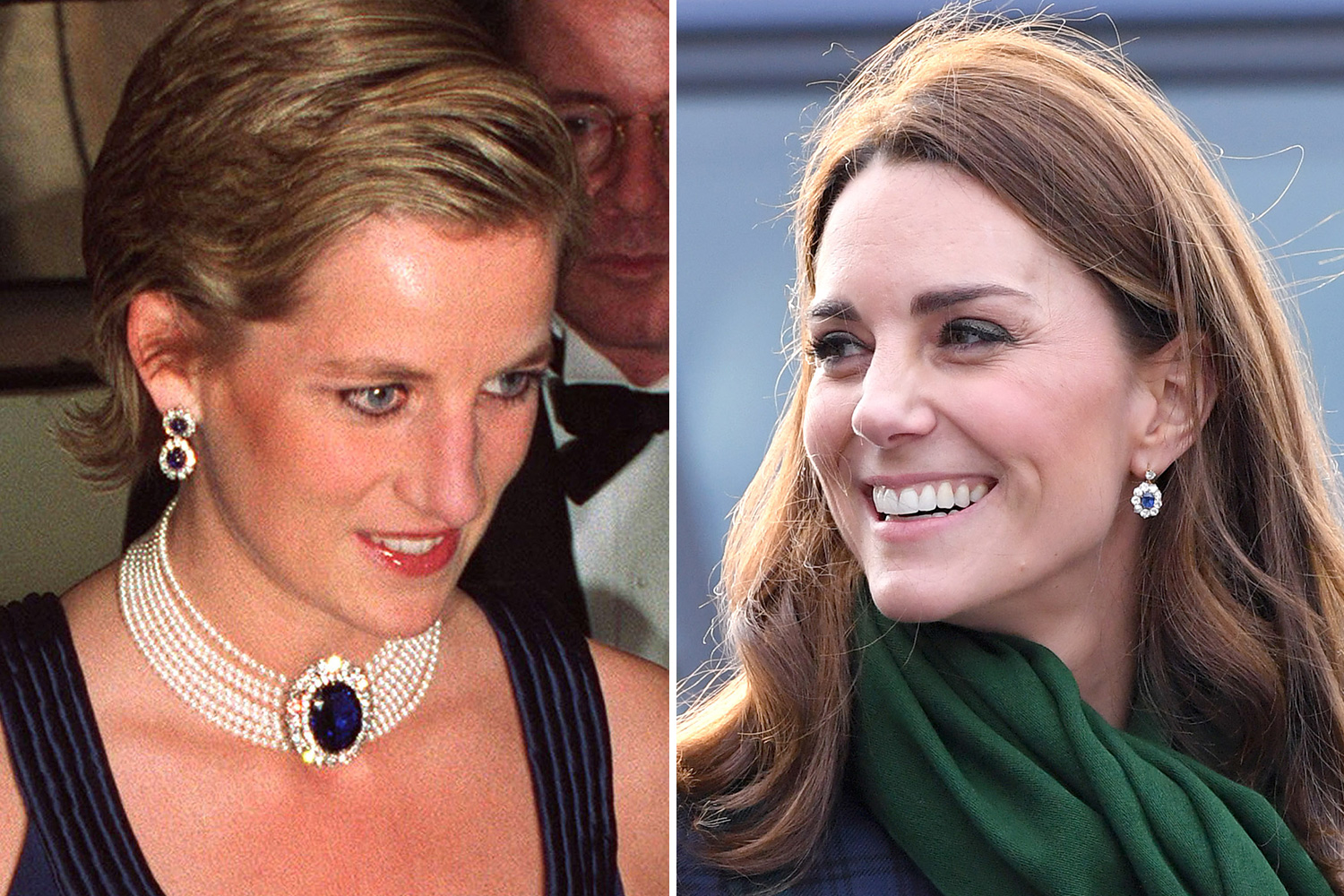 Although she has kept the design of Diana's engagement ring the same, Kate altered the clasp detail of her late mother-in-law's stunning sapphire earrings.

The precious earrings were a favourite of Princess Diana's as they perfectly matched her engagement ring.

When the late Princess owned them, the dangly earrings had a stud fastening which featuring its own circular sapphire diamond detail. 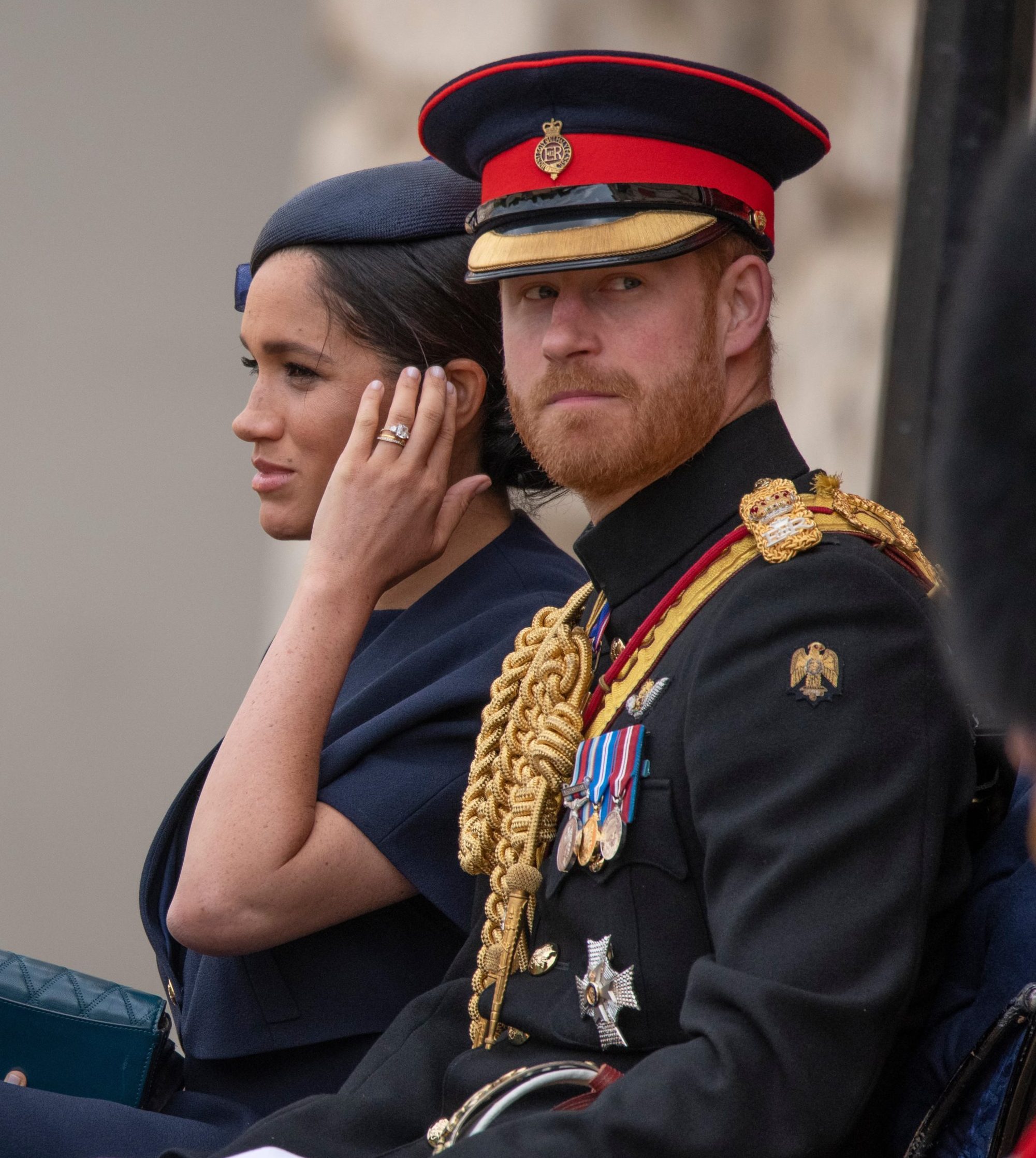 However, Kate removed the stud fastening and diamonds, opting to wear the jewels as delicate teardrop earrings.

When it was Prince Harry's turn to pop the question in 2017, the Duke of Sussex specially designed Meghan a ring with two of his mother's diamonds along with a larger stone sourced from Botswana – where the couple enjoyed a secret romantic holiday that year.

However, it was revealed that Meghan has had her engagement ring dramatically altered, replacing the thick gold band with a blingy diamond-studded micro-pave design. 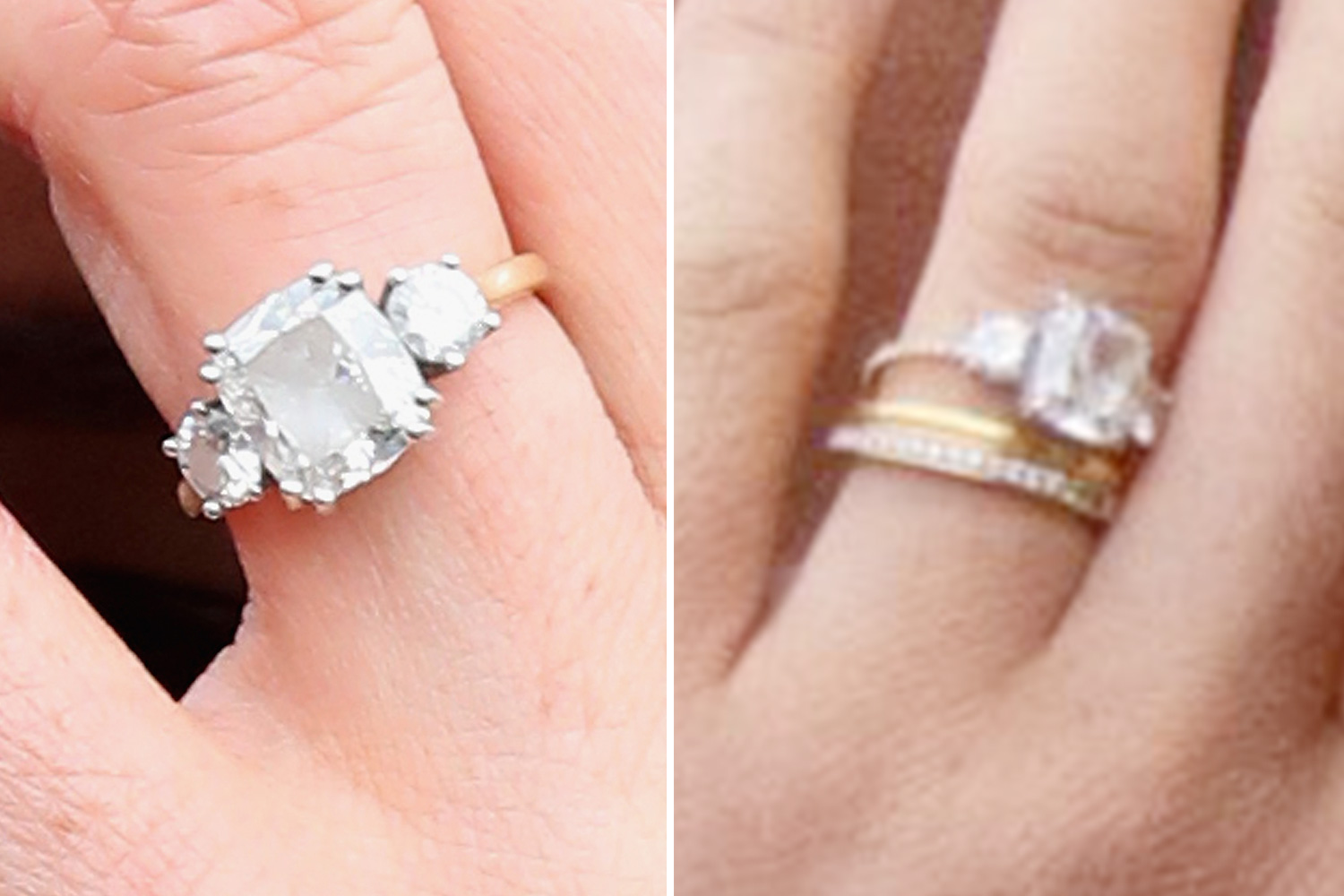 Speaking to Fabulous Digital, editor-in-chief of Majesty Magazine Ingrid Seward questioned Meghan's "odd" move to "alter a ring that her husband has especially designed for her."

She said: "A royal engagement ring is a piece of history not a bit of jewellery to be updated when it looks old fashioned."

Although Kate's engagement ring is now estimated to be worth a staggering £300,000, her sister-in-law Meghan still boasts the more pricey jewellery collection out of the two. 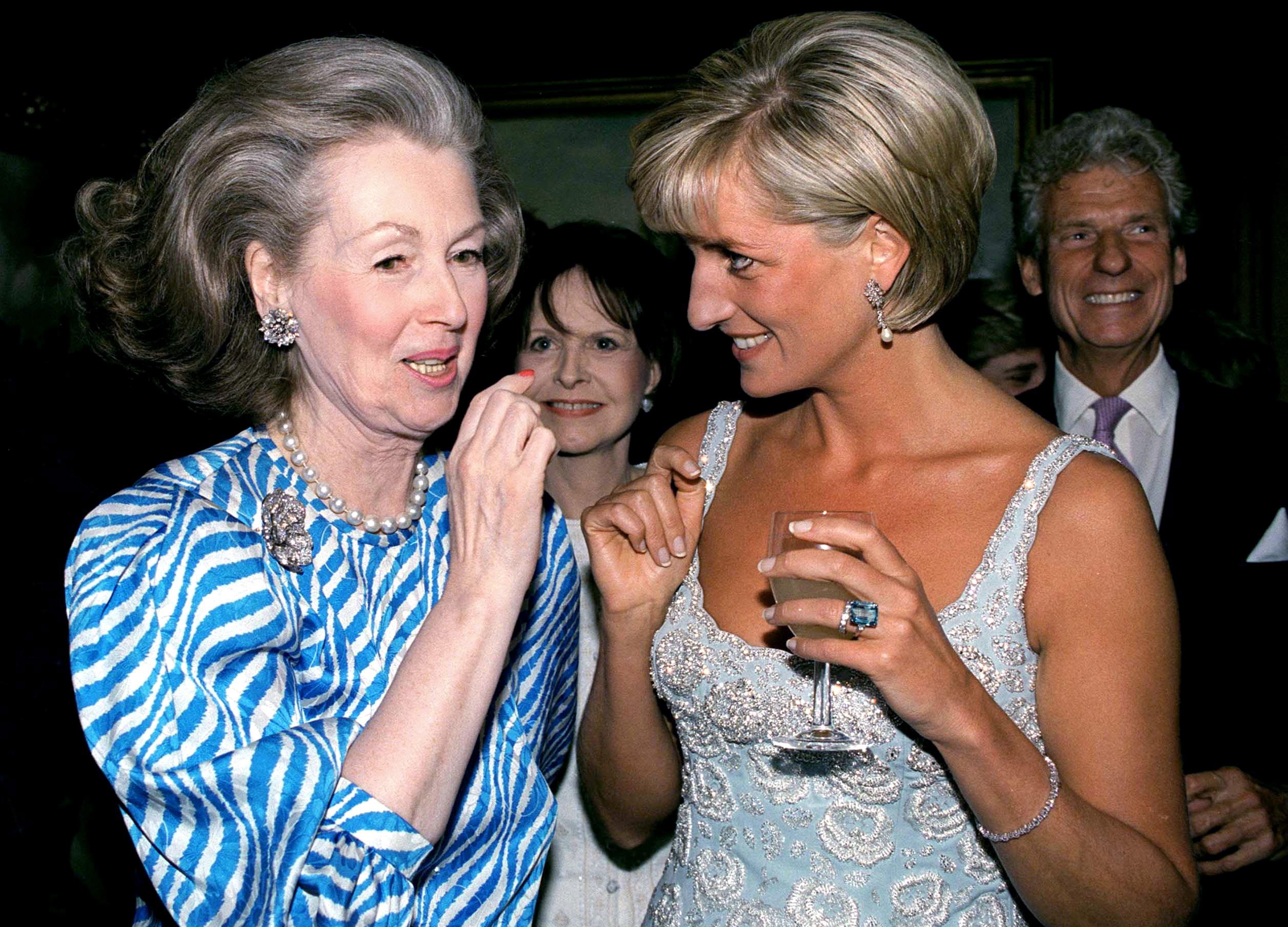 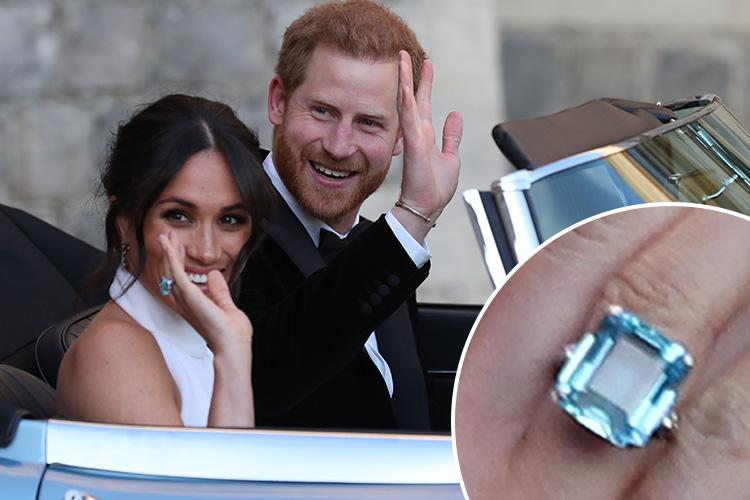 Estimated to be worth £600,000, according to the Daily Mail, Meghan is thought to have 91 pieces in total – including seven necklaces, 23 bracelets, 26 rings and 35 pairs of earrings.

One of the most expensive is a £75,000 aquamarine ring, which she wore on her wedding evening reception.

The Duchess paired it with £60,000 18ct gold Cartier drop earrings, which featured 19 round diamonds and ten rectangular stones.

Plus Prince William "snubbed" Kate Middleton at his 21st birthday as he was "preoccupied with another woman", a royal author has claimed.