KEENKEE designer Kim Kee’s year has been as disrupted as anyone else’s but thanks to South Korea’s rigid safety standards, the creative still got married at a domestic ceremony. Some of the well-dressed guests were there for another reason, however, beyond enjoying the festivities. “Sneakily,” the designer explained, “I’ve captured imagery of KEENKEE Spring/Summer 2021 … at my own wedding.”

Keeping in line with the young label’s neo-futuristic bent, KEENKEE’s SS21 show, “FIELD NEW,” is a rich exploration of patterns, prints and relaxed garments. Kim’s background as a graphic designer comes into play by way of a clever digitization of his patternmaking process, allowing the designer to toy with construction before a garment is even constructed. Inspired by these pattern vectors, Kee’s SS21 looks include a host of sophisticated shirts, suits, slacks and even a few technical parkas, nearly all laden with bold splashes of color. 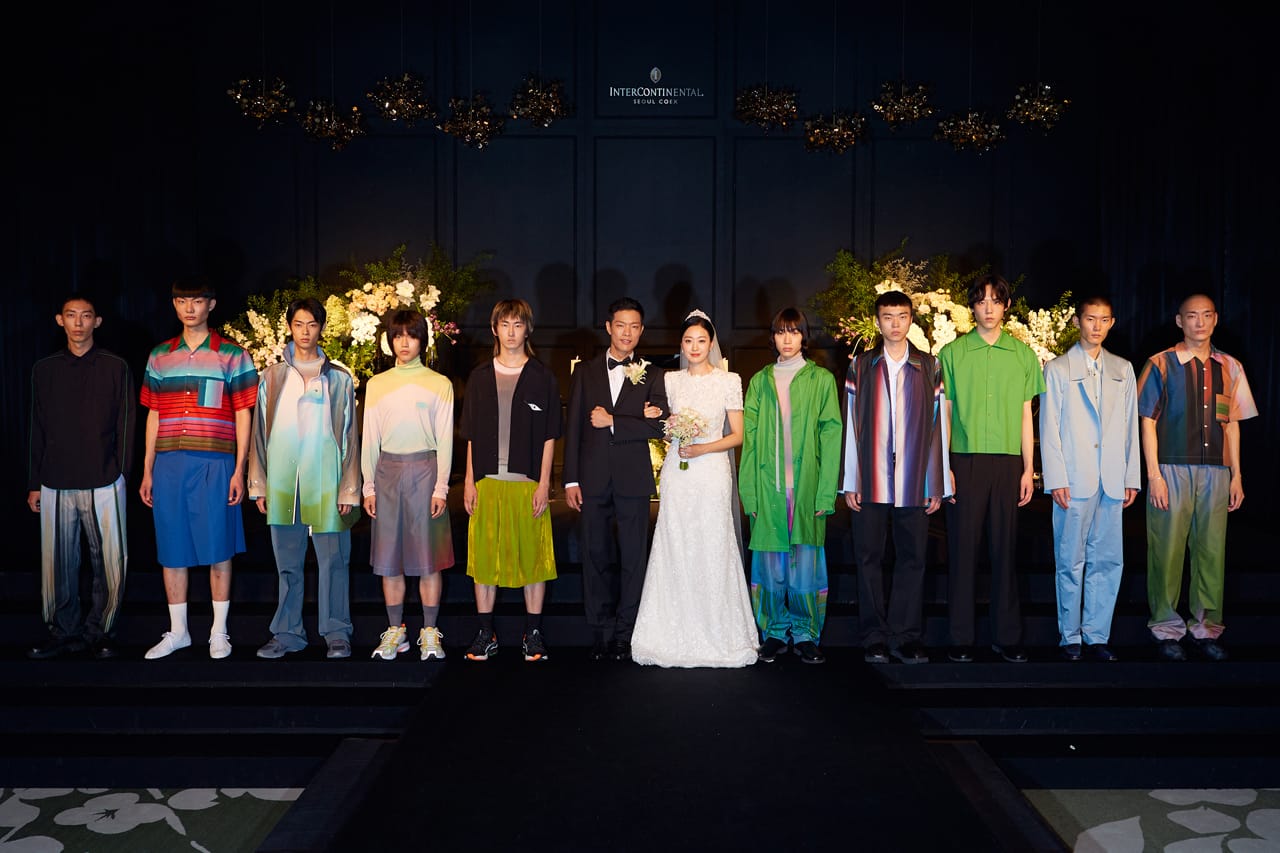 Expect the new collection to arrive at stockists like SSENSE early this year, before KEENKEE relocates from New York to Seoul.