A FULL set of lashes can be the perfect finishing beauty touch, but boosting your natural set with a few falsies doesn't always go to plan.

And one lash technician was left horrified when a client came to them with botched extensions that had completely ruined her natural eyelashes after being attached using hair bonding glue. 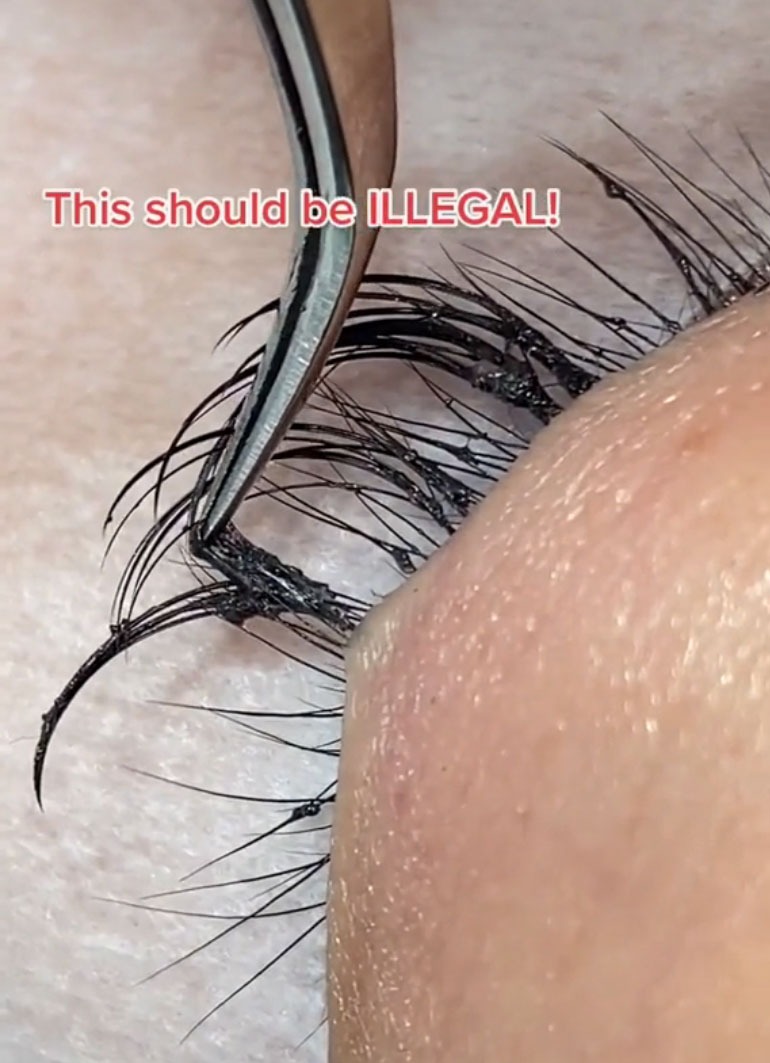 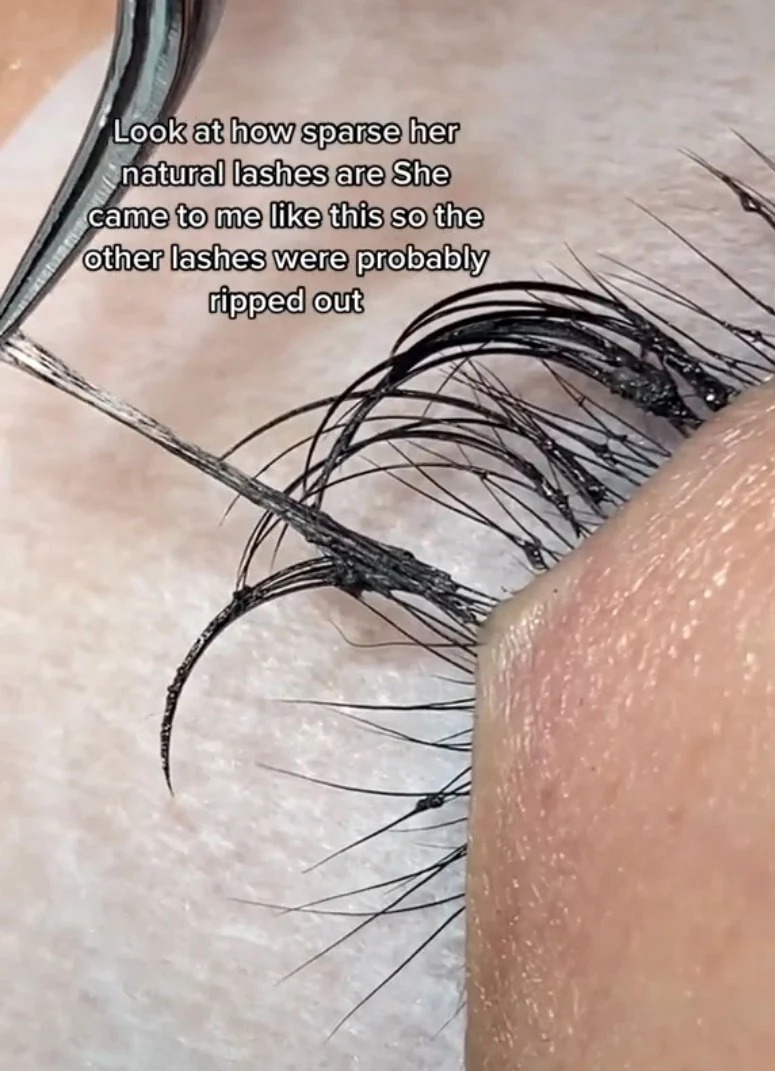 TikTok user @ipsbeauty shared the botched job in a video shared on social media, with the technician calling out fake lash technicians and insisting bad jobs like this one should be "illegal".

They shared the extent of the damage to their client's lashes as they pointed out the clumps of hair glue that were stuck in between the extensions.

"A client came in for a removal today, I was horrified," the technician revealed.

"Extensions applied with hair bonding glue and zero isolation. This should be ILLEGAL!"

They explained that the client was left with barely any of her natural lashes and claimed that most had probably been "ripped out".

They added: "Look at how sparse her natural lashes are. She came to me like this so the other lashes were probably ripped out."

Venting their frustration over the botched job, they captioned their video, which has racked up over 122k views online: "What is wrong with all these FAKE lash techs! If you can’t do it properly don’t do it."

People couldn't get over the ruined lashes, with one person admitting: "This is why I'm scared to get my eyelashes done."

Another horrified beauty fan quizzed: "Bonding glue??? Omg were they painful to remove???"

A third raged: "I'm still f**king learning and I can do better."

It comes as one technician issued a warning to beauty fans after a client of theirs ended up with their lashes superglued to their eyelids after hunting down the treatment on Facebook Marketplace.

"I applied the remover and immediately started smelling SUPERGLUE," they revealed as they explained the glue then started to congeal on the woman's lash line.

"This took me 45 minutes to properly remove," the technician said. "I've never seen anything like this before." 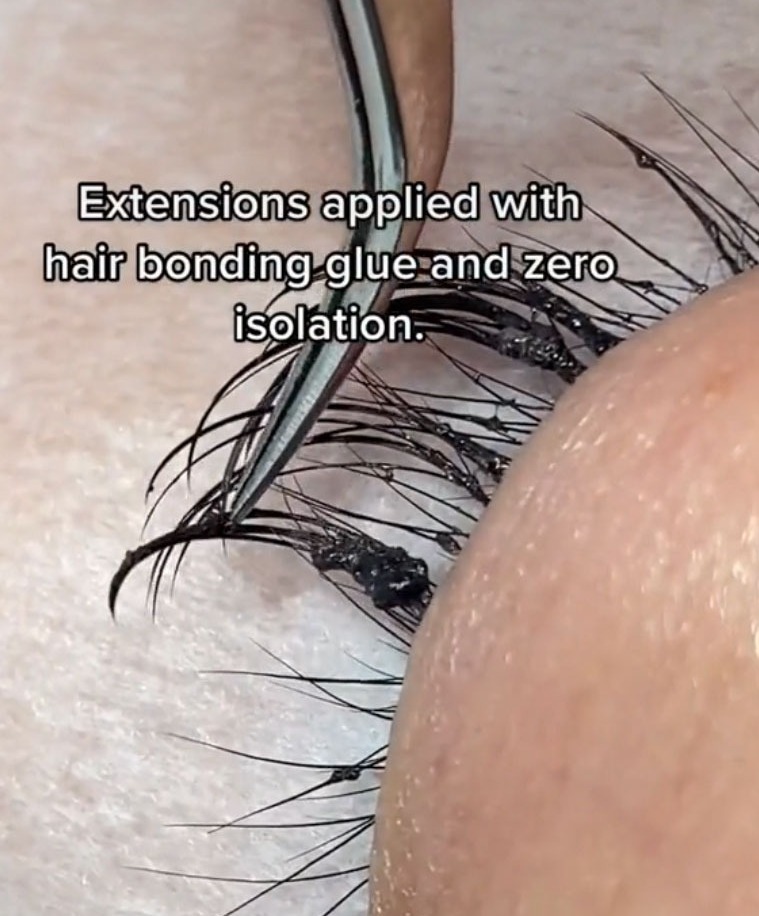 Meanwhile, one girl was furious after splashing out £60 on botched lash extensions which look like ‘toddler stuck on pieces of string.

Plus, this woman went to the salon to top up her highlights – she was there for seven hours & they turned her hair PINK.

And a beauty therapist apparently CUTS OFF woman’s eyelashes after her card payment fails – then dubs her ‘worst ever client’.