After being announced earlier this year, Louis Vuitton‘s three-year partnership with the National Basketball Association under the artistic direction of Virgil Abloh officially ramped up with the Los Angeles Laker’s victory over the Miami Heat. To celebrate the 2020 NBA Champions, the world-renowned Larry O’Brien Trophy was presented for the first time in the previously revealed bespoke Louis Vuitton Trophy Travel Case.

Hand-crafted in French luxury fashion house’s historic Asnières workshop in the outskirts of Paris, France. Drawing from the heritage of the malletier, the trunk is wrapped in LV’s signature Monogram canvas accented by traditional brass fixtures. Embodying the personalization element integral to the roots of Louis Vuitton since its founding in 1854, the Trophy Travel Case is customized with a “V” motif in white with blue and red to symbolize “Victory Travels in Louis Vuitton.” 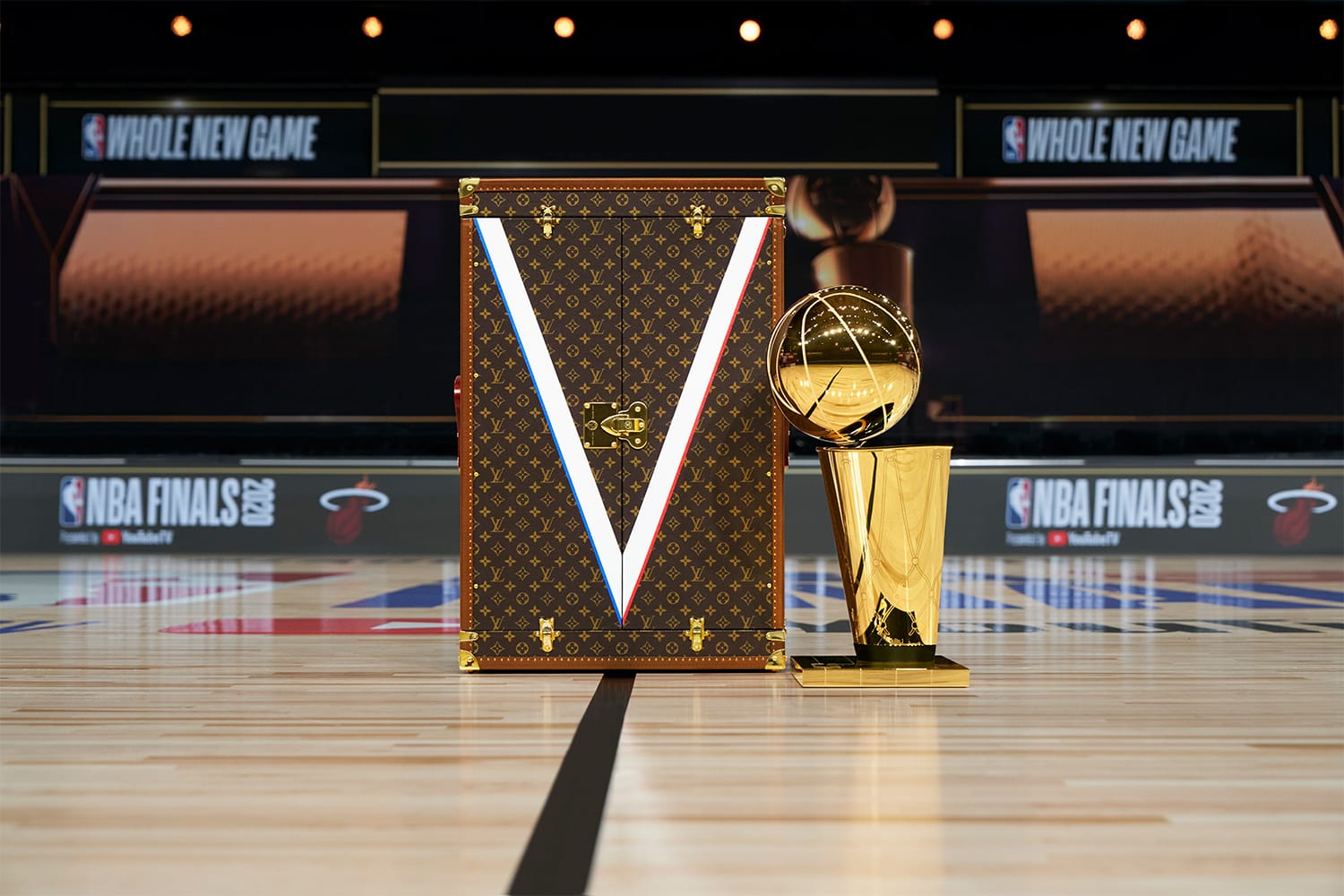 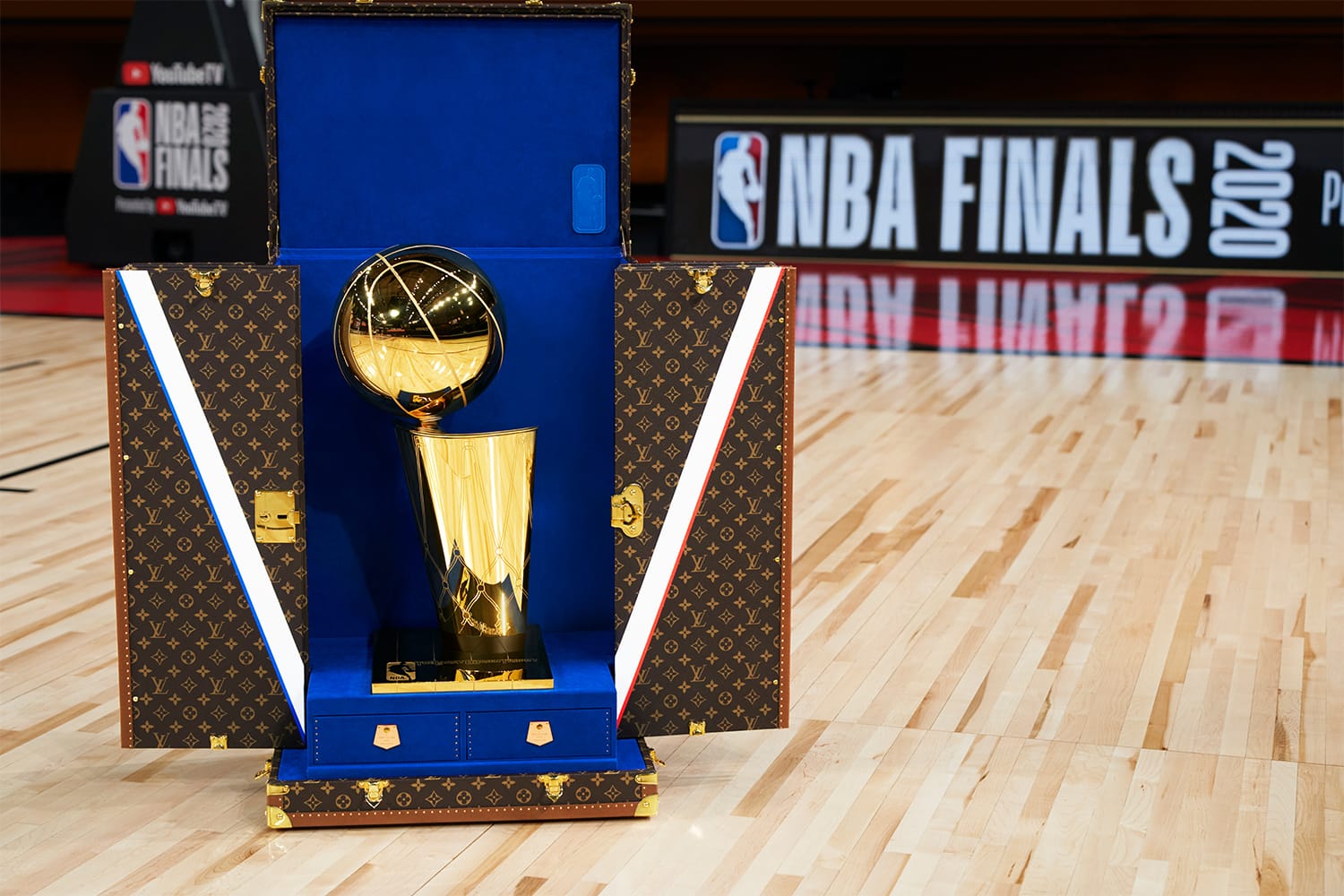 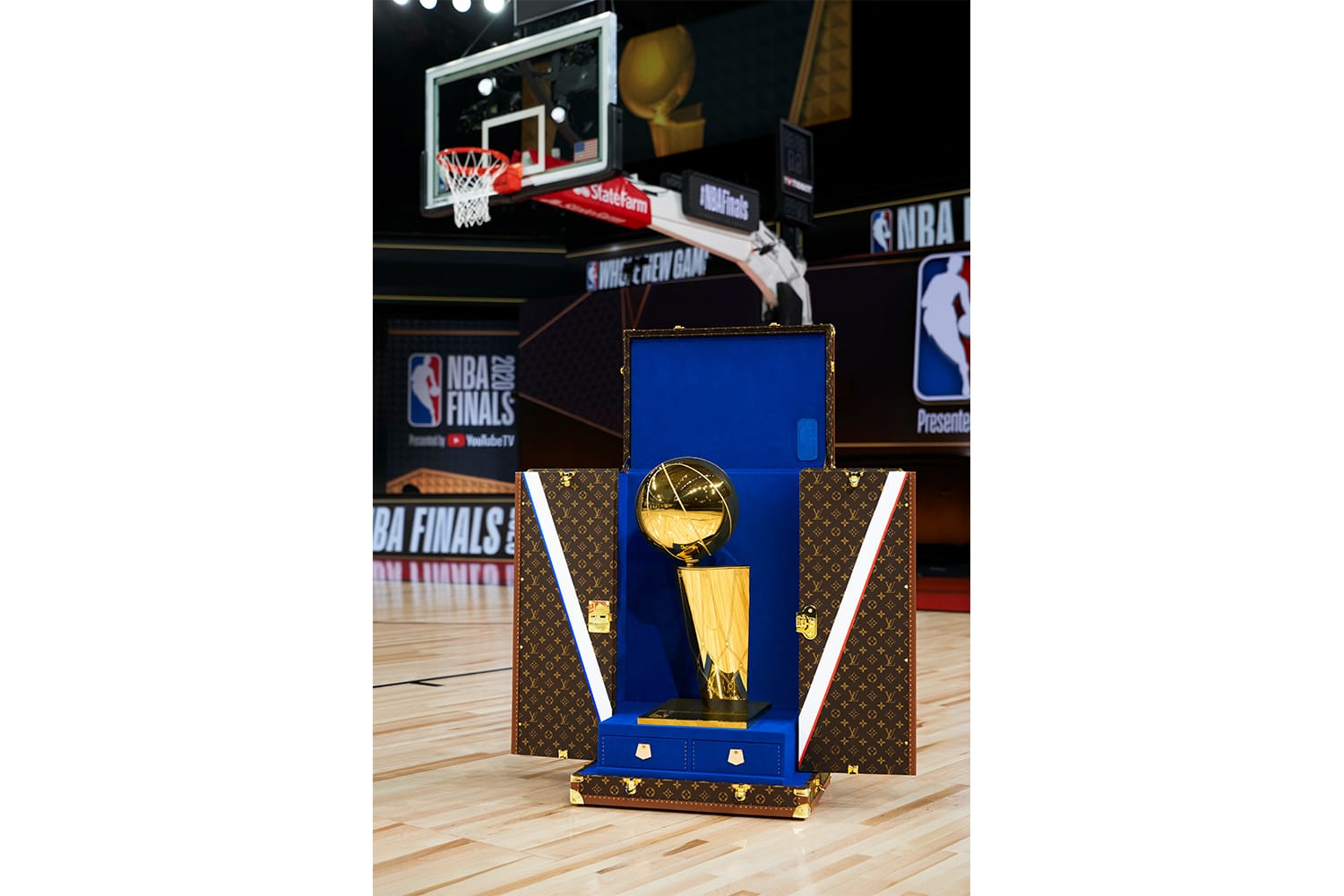 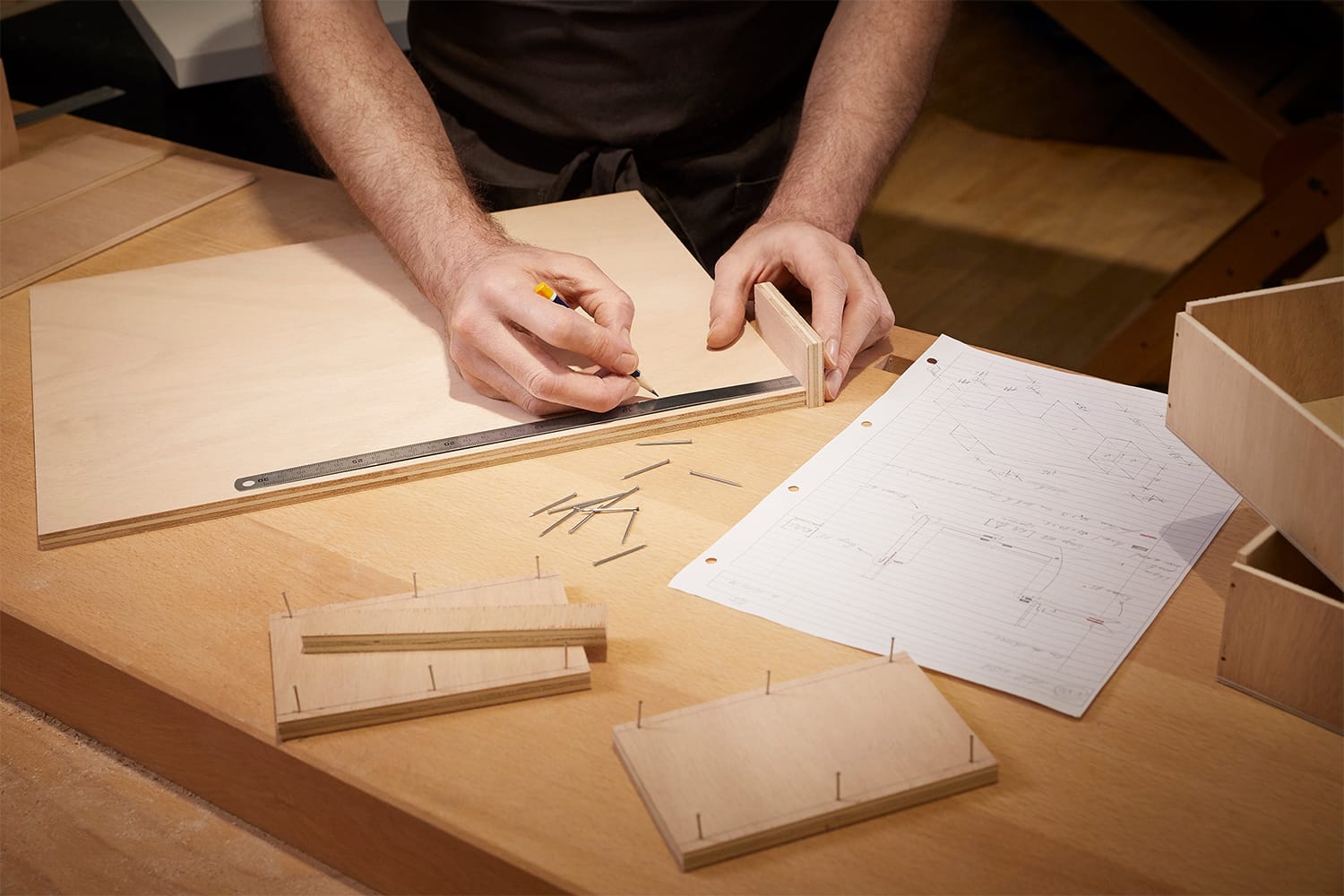 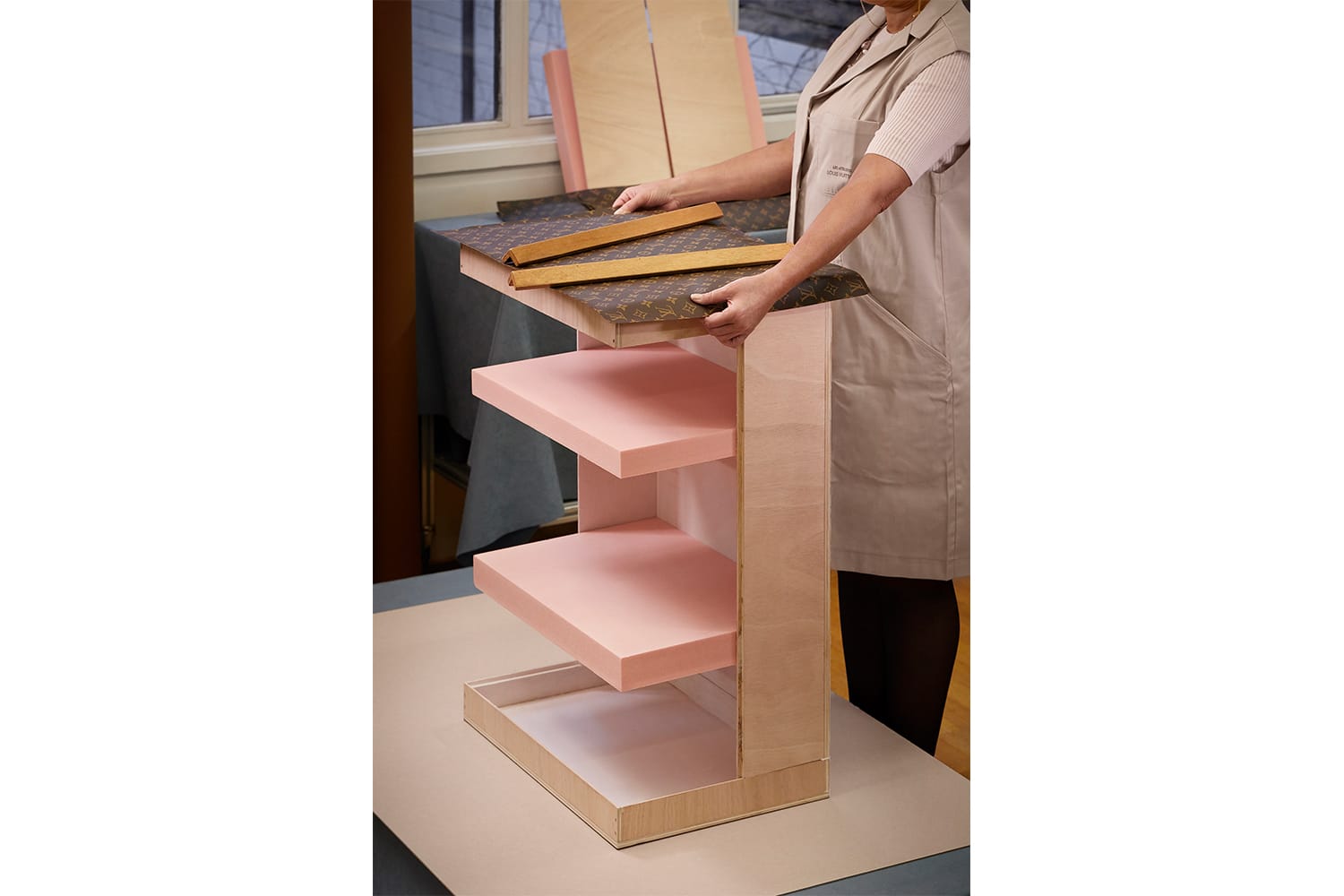 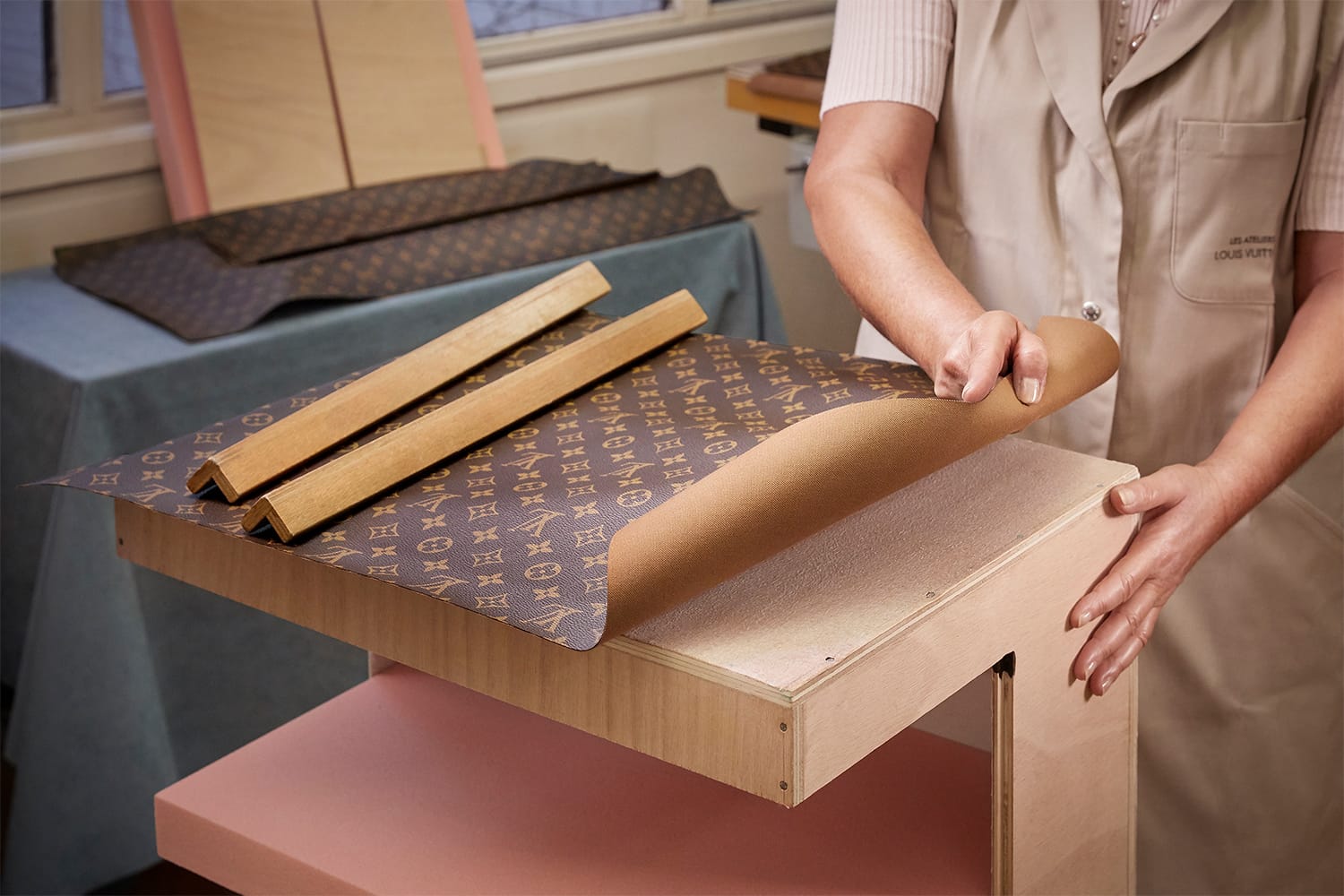 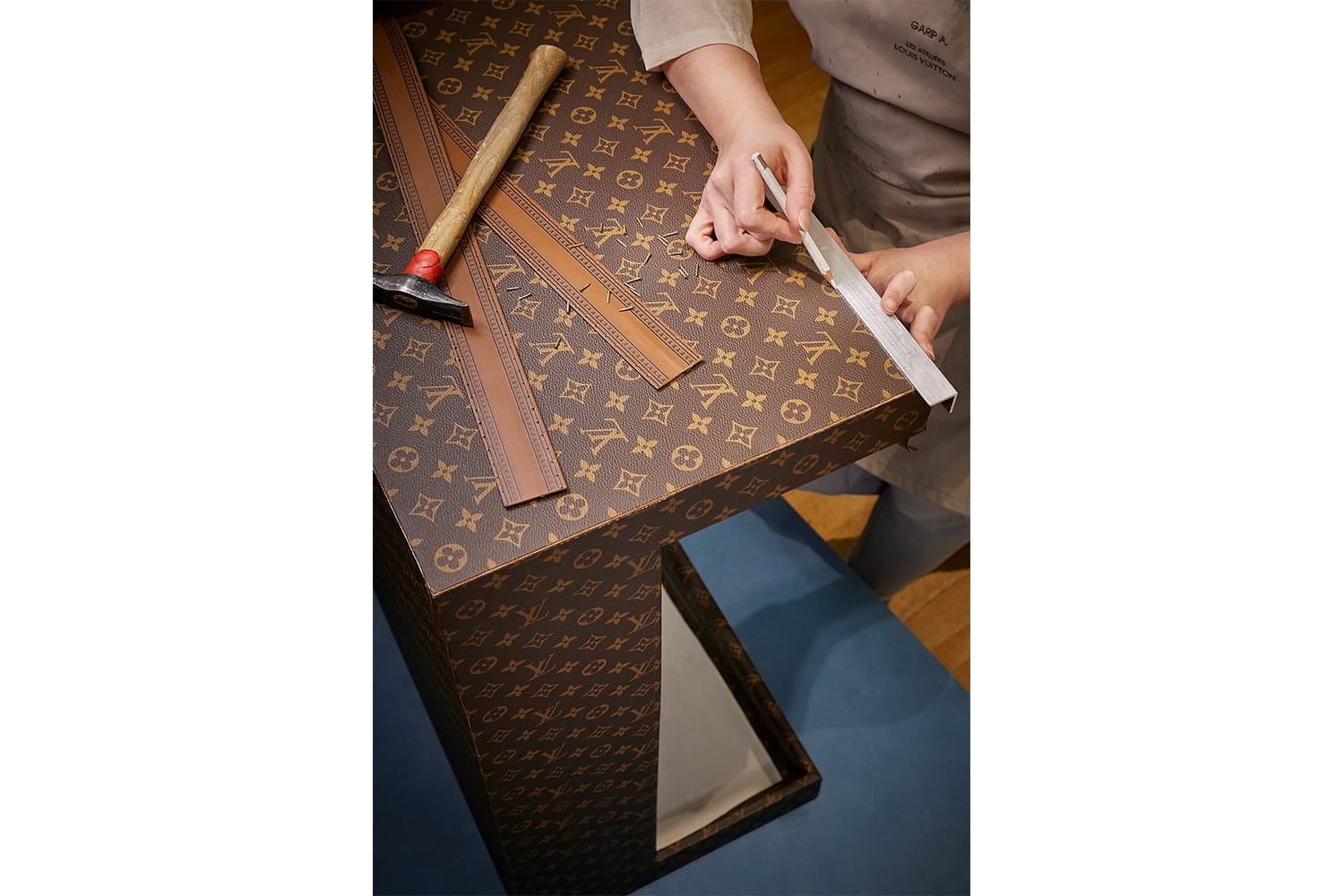 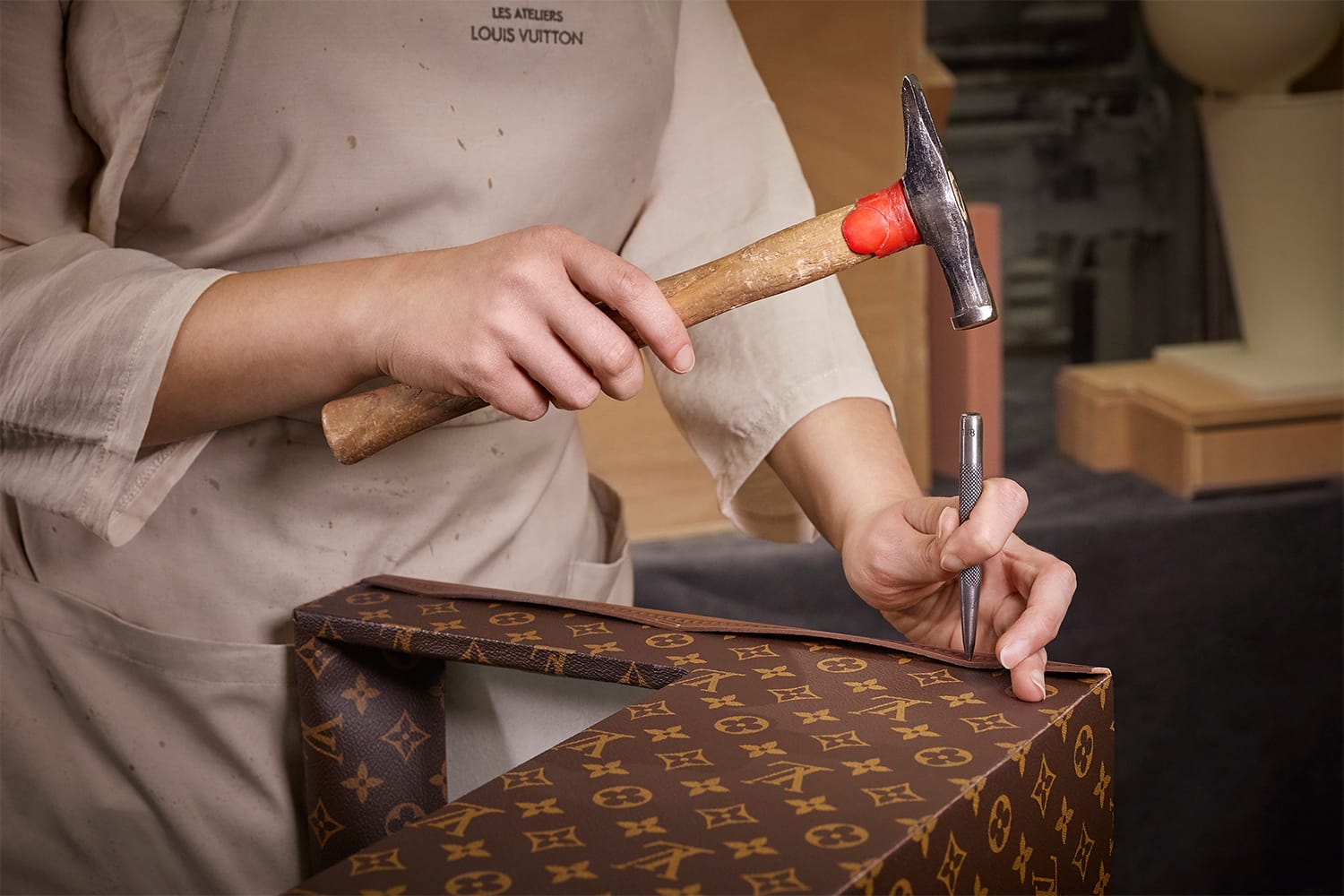 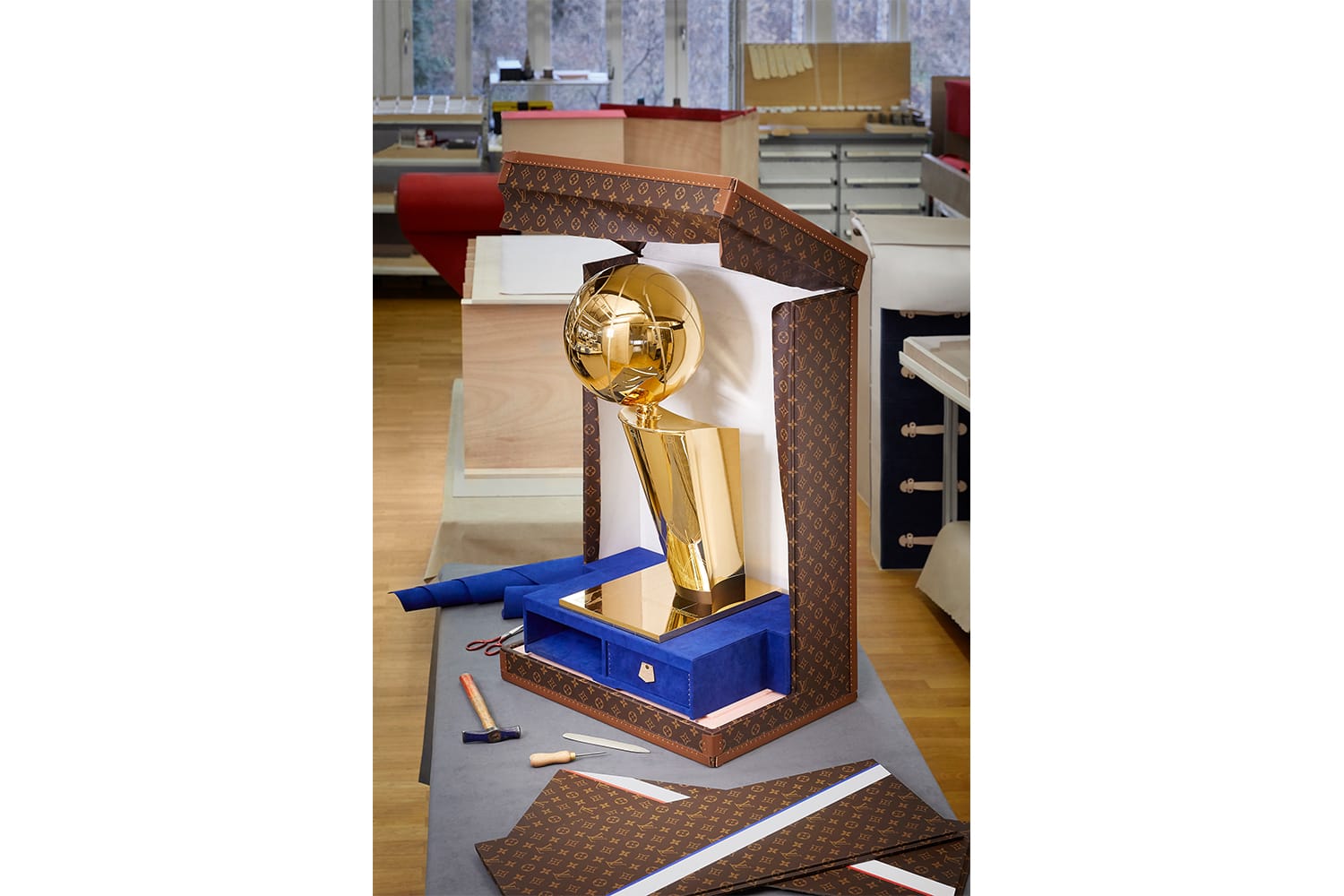 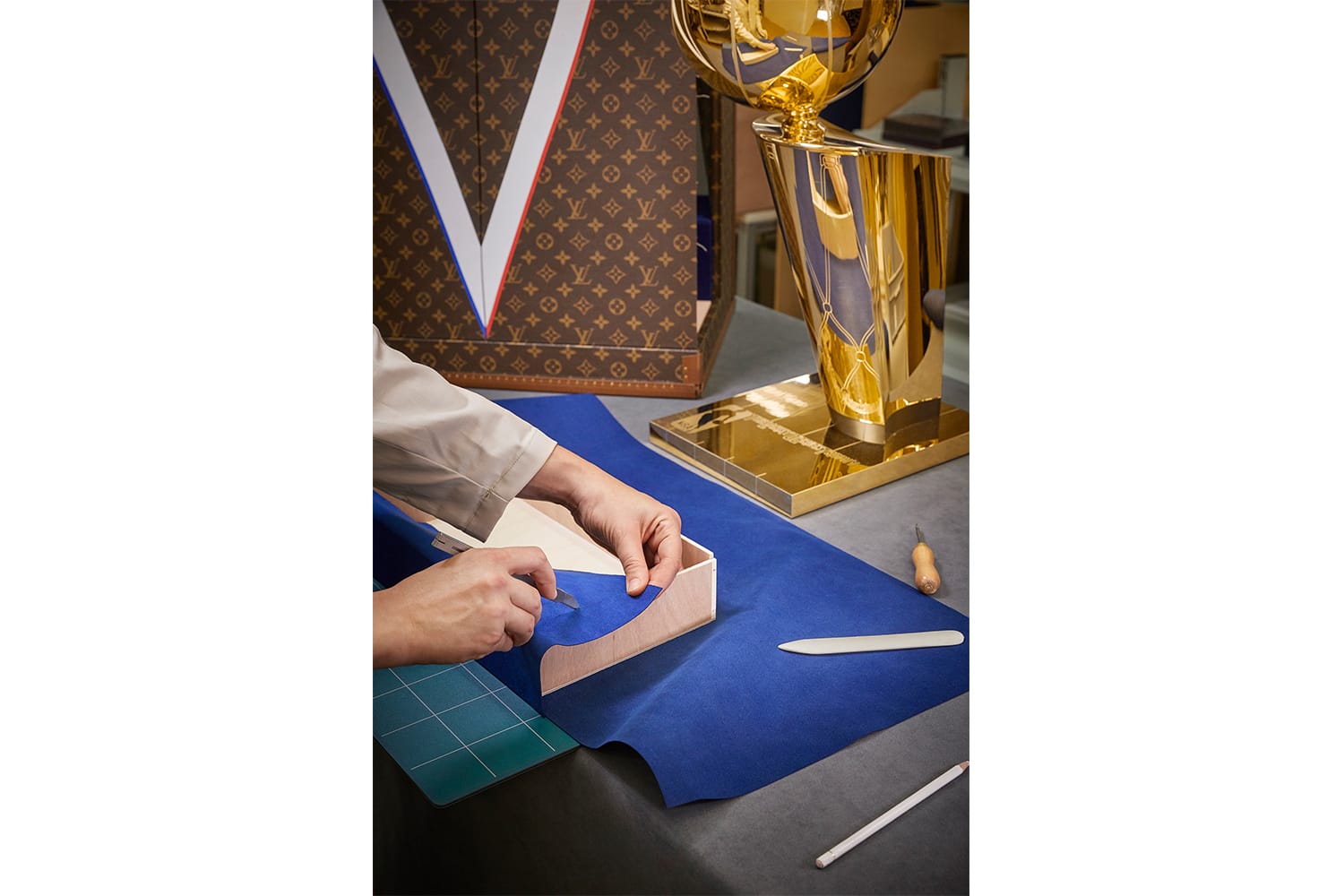 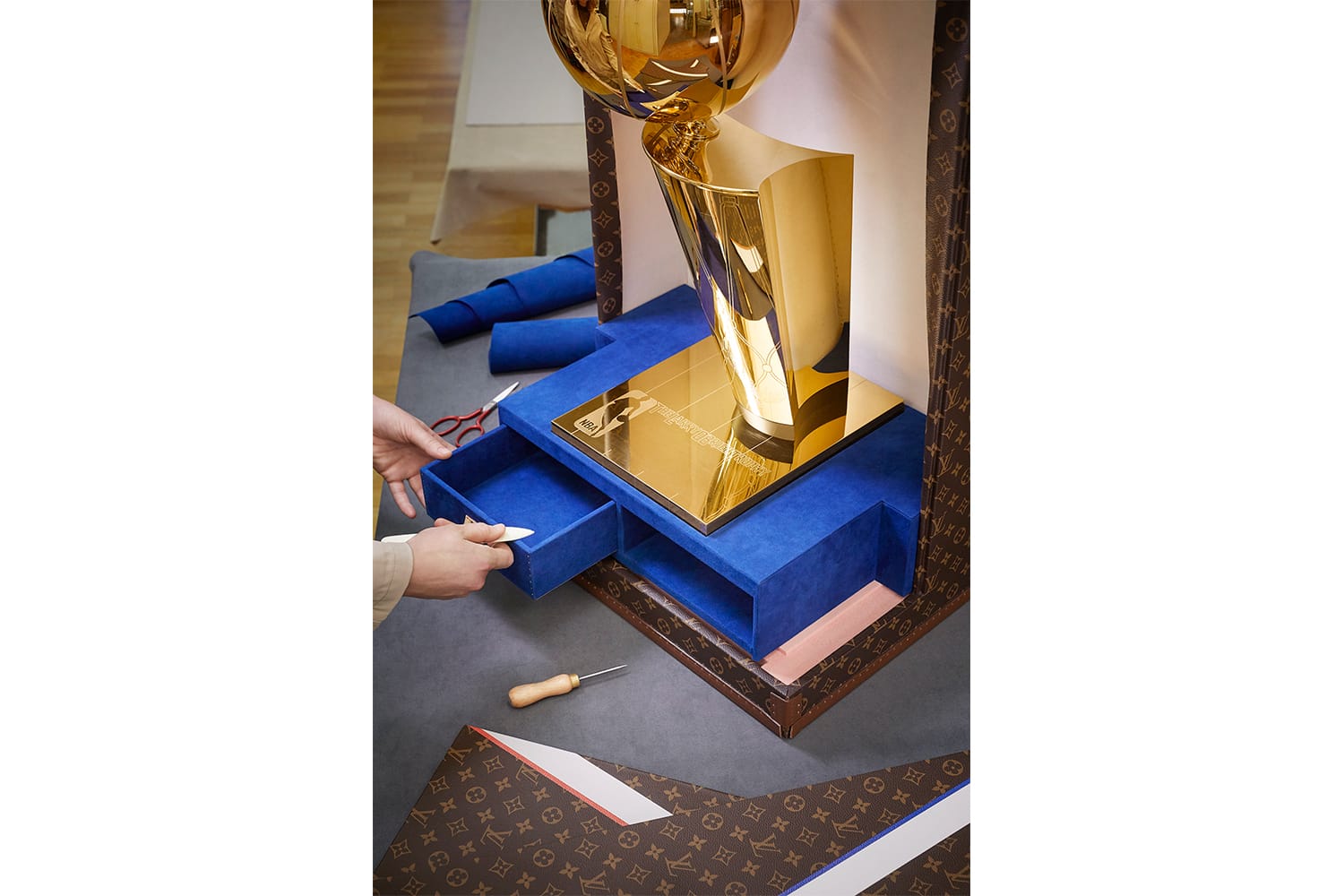 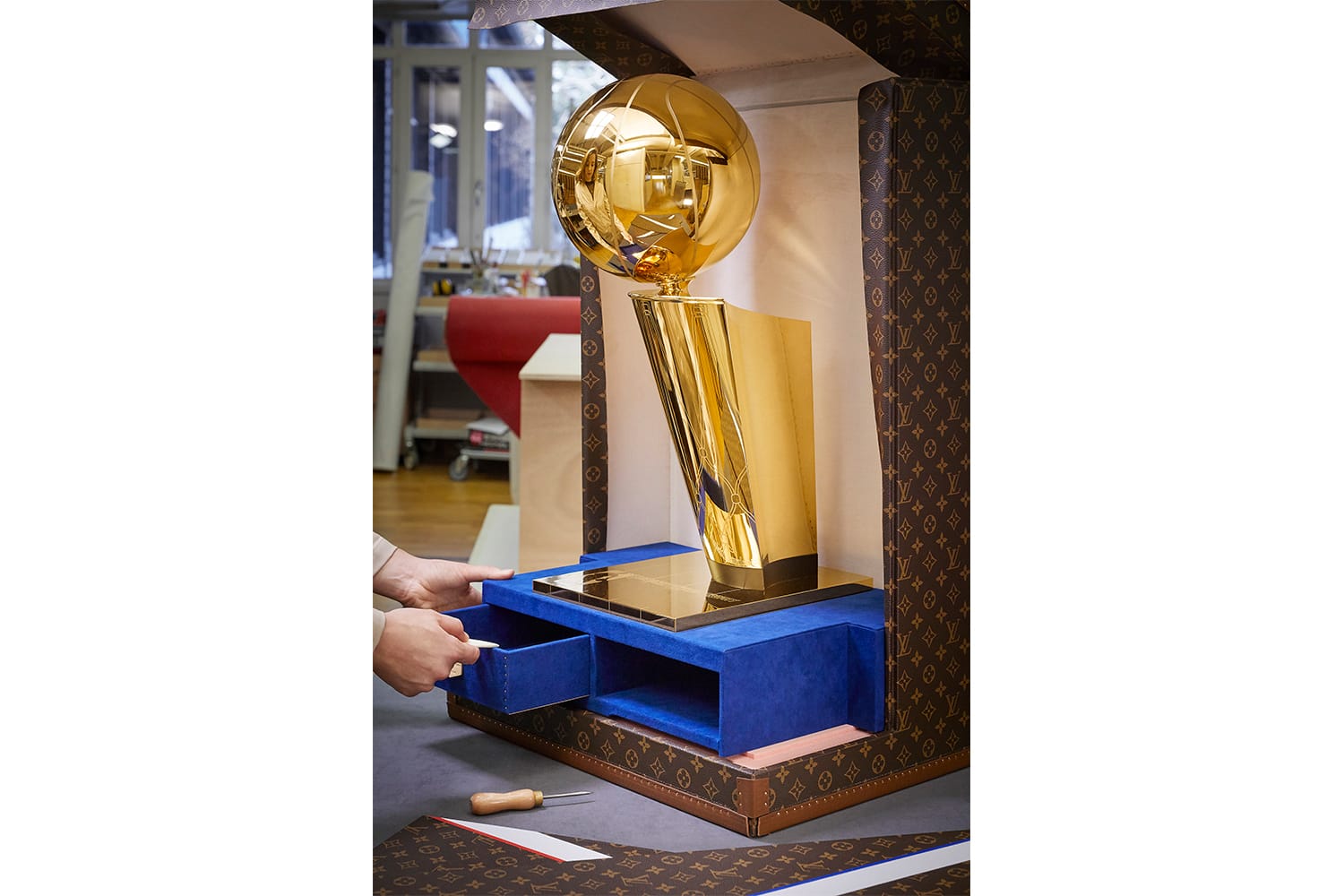 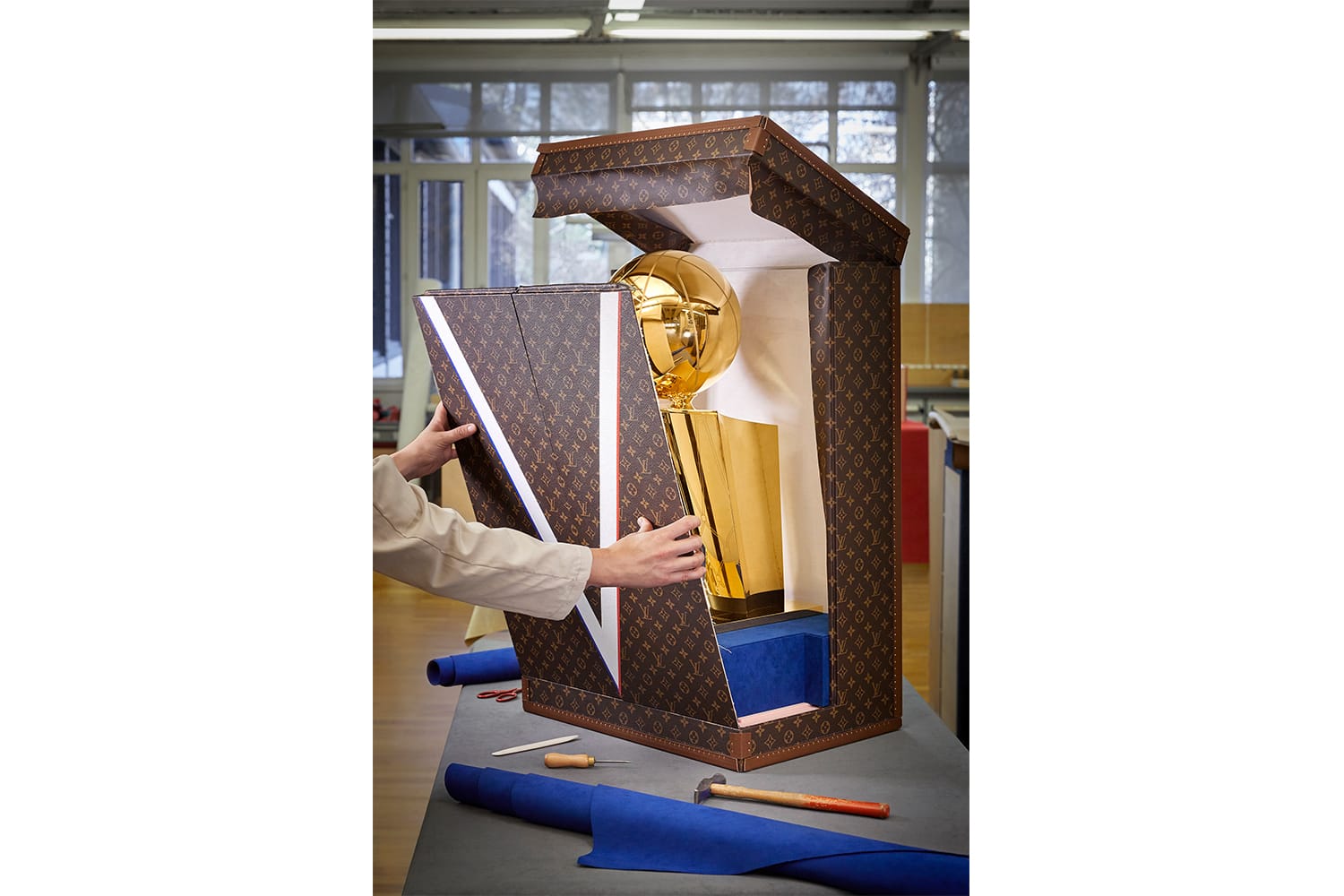 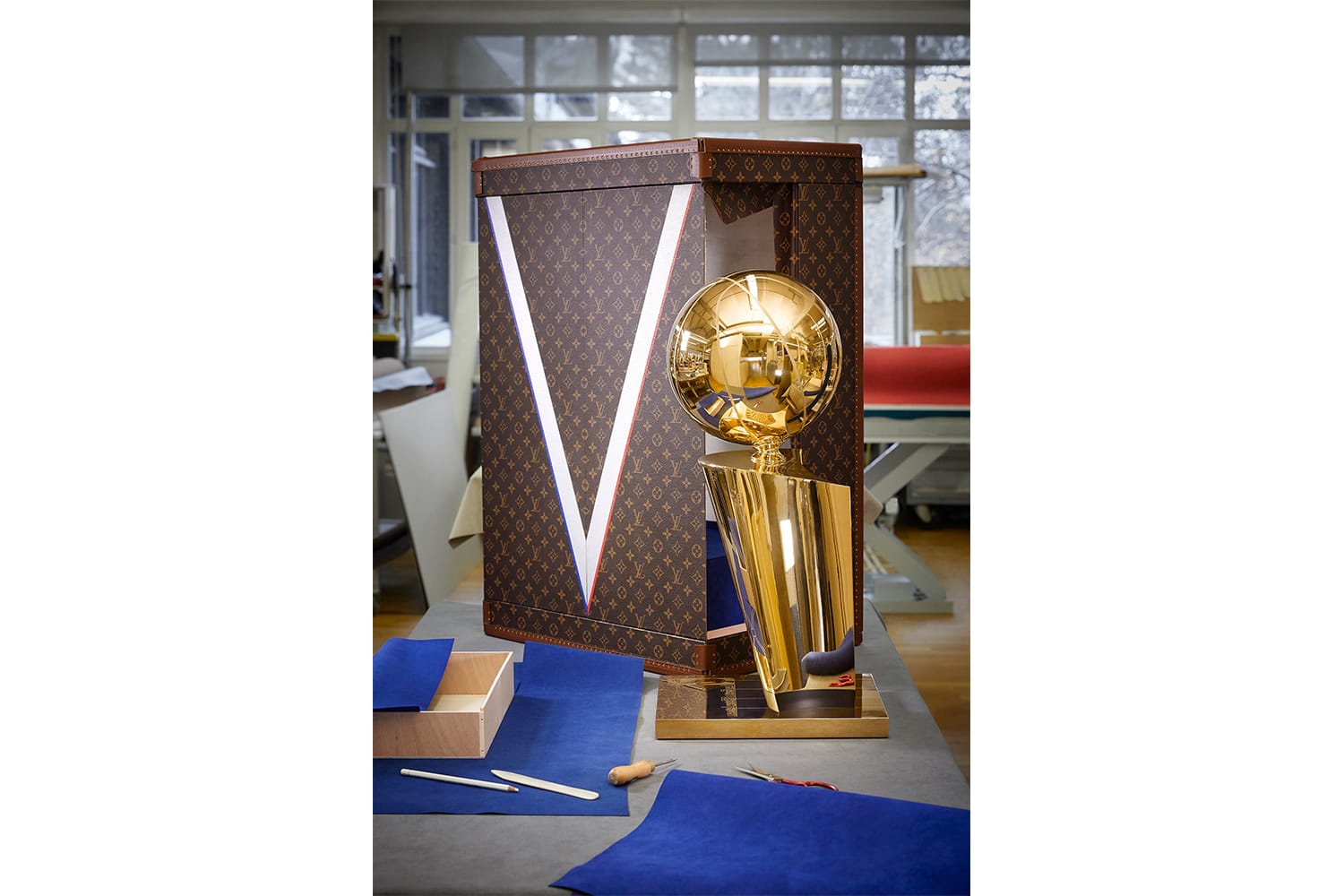 Additionally, following a series of leaked images, Louis Vuitton has also revealed its capsule collection with the NBA designed by Virgil Abloh. Uniting the iconic emblems of the men’s professional basketball league and the Louis Vuitton, the special range is comprised of limited edition clothing, leather goods, accessories and shoes. The collection adapts the designer’s codes with the iconography of the basketball universe and honors the values of relatability and inclusion key to Virgil Abloh’s vision at Louis Vuitton.

Leading the collaboration is traditional suiting marked with a monogram pattern of the Jerry West silhouette logo tied to the NBA, knitted sweaters and retro sporting themed jackets decorated with large basketball designs in embossed leather. Athleisure also gets a luxury spin in the form of T-shirts and sweatpants accented by the various leather carrying options that continue the white with blue and red color theme established by the bespoke Larry O’Brien Trophy Travel Case. Rounding up the collaboration is an array of necklaces, bracelets and rings set off pendants and engravings riddled with precious stones.

Accompanying the capsule is an extremely limited NBA x Louis Vuitton Trunk designed to house one’s most precious attire, accessories and footwear. The double-door wardrobe trunk features a classic Monogram exterior marked with the usual Lozines and gold-tone hardware. While the interior is lined with deep blue, poppy red and crisp white felt as another nod to the official colors of the NBA.

Check out the lookbook above and expect the NBA x Louis Vuitton capsule collection to be available at Louis Vuitton locations November 20.1 of 7 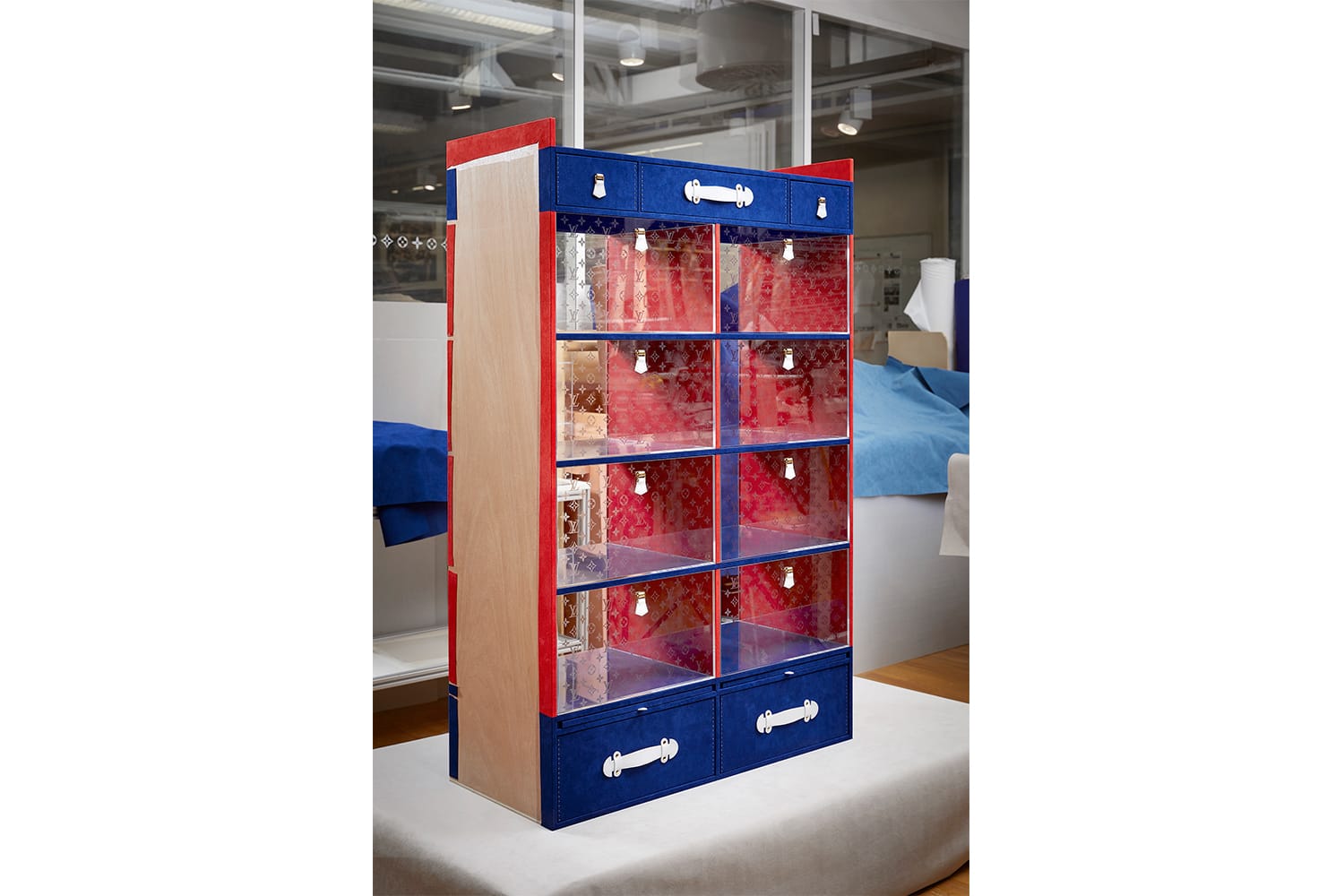 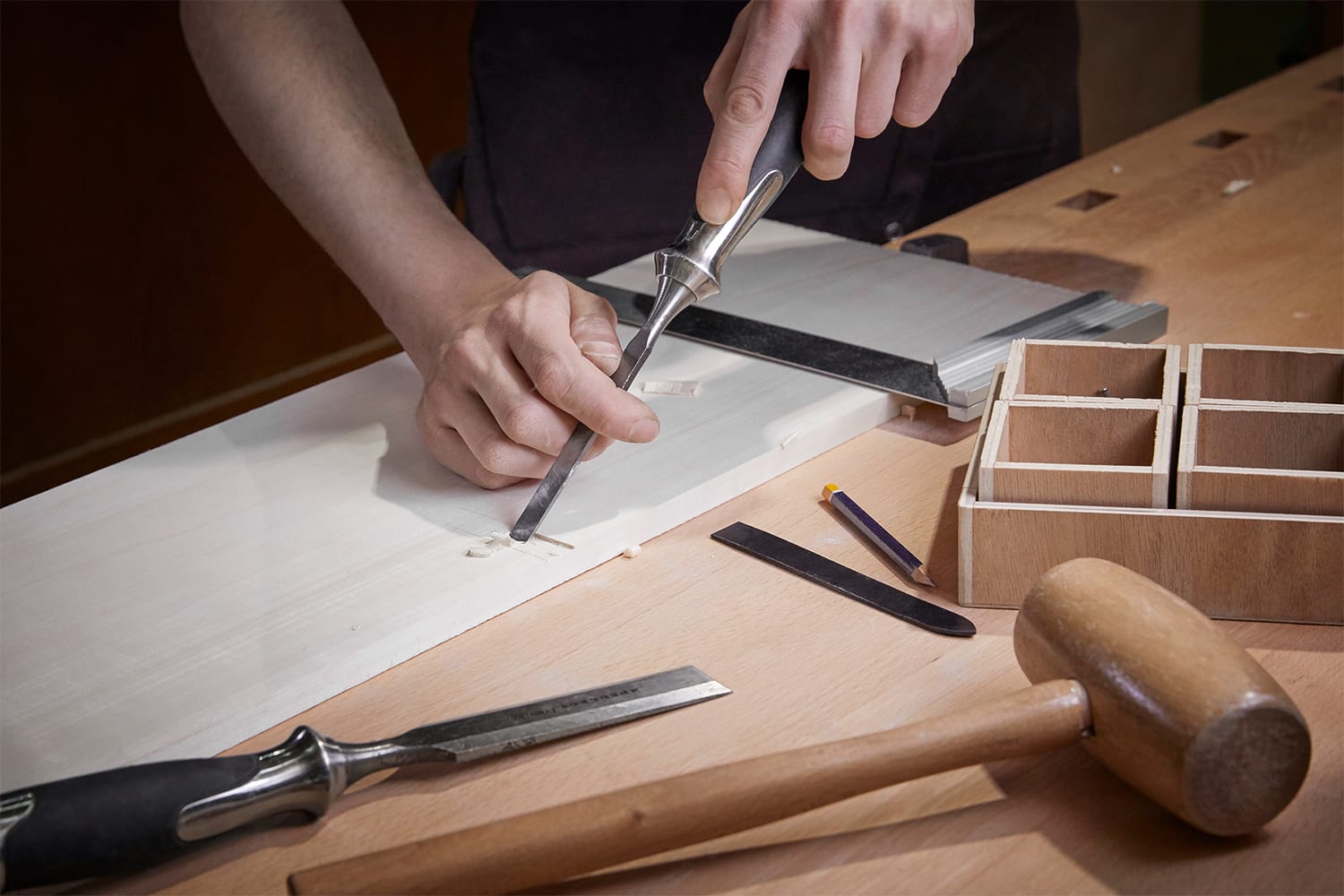 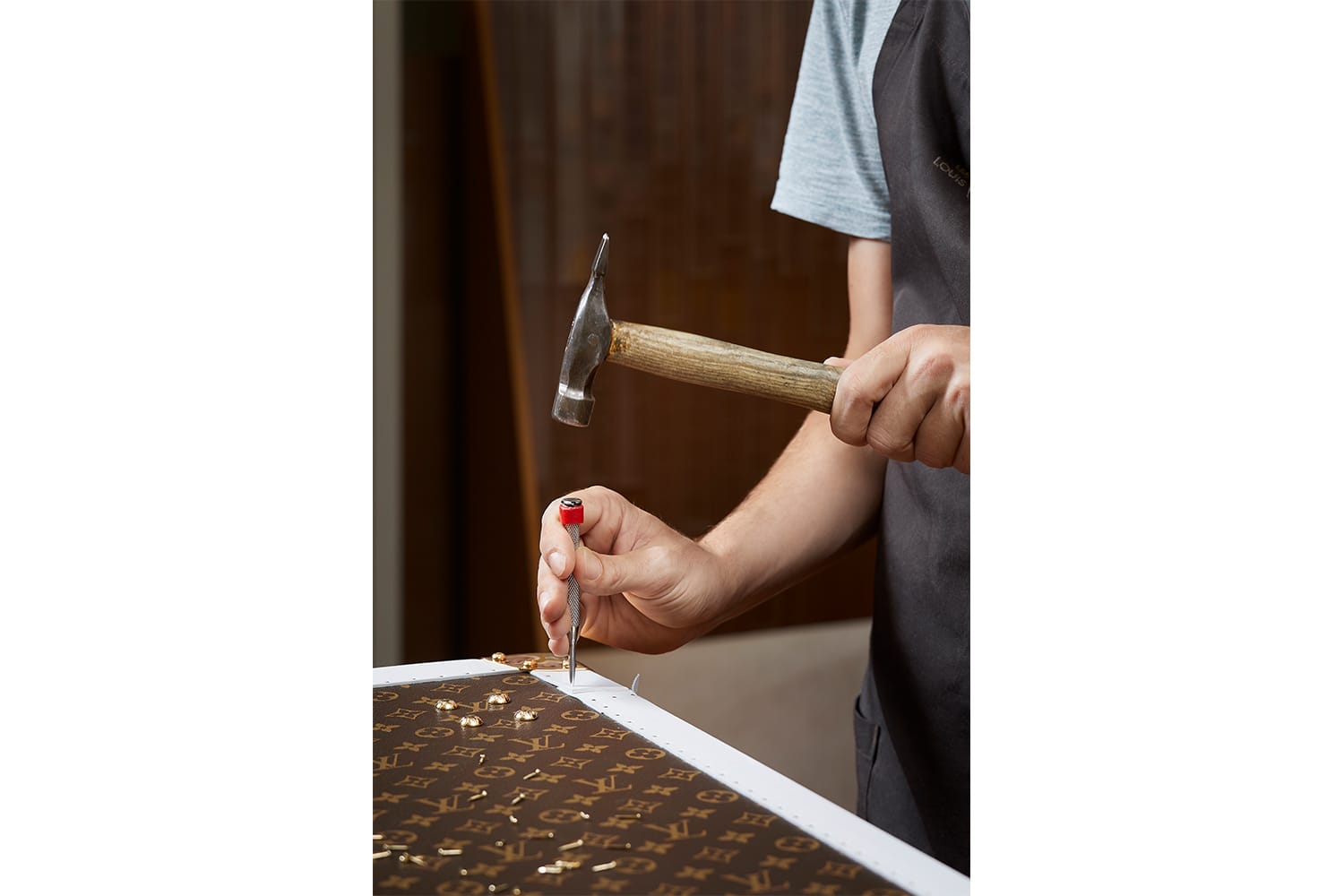 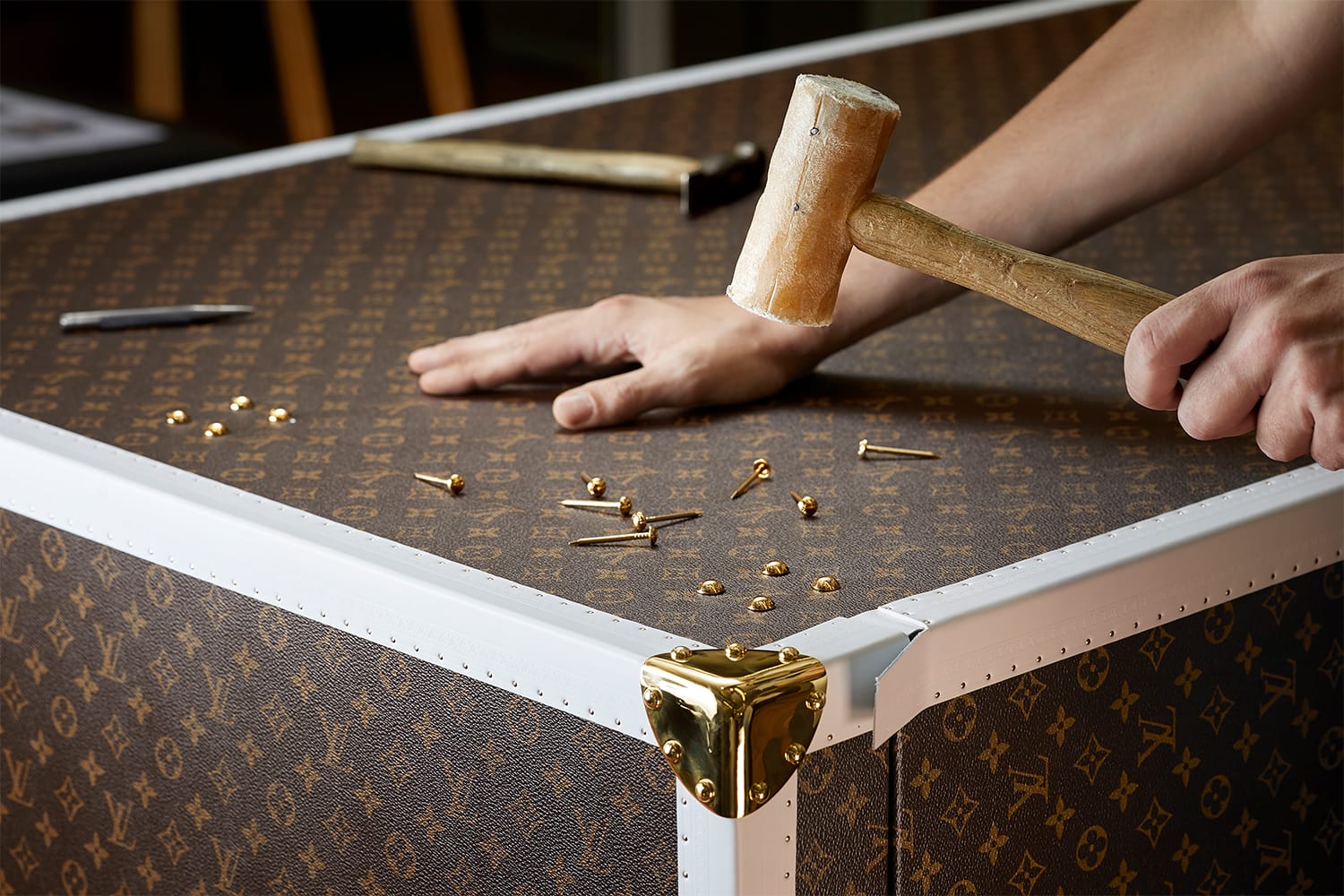 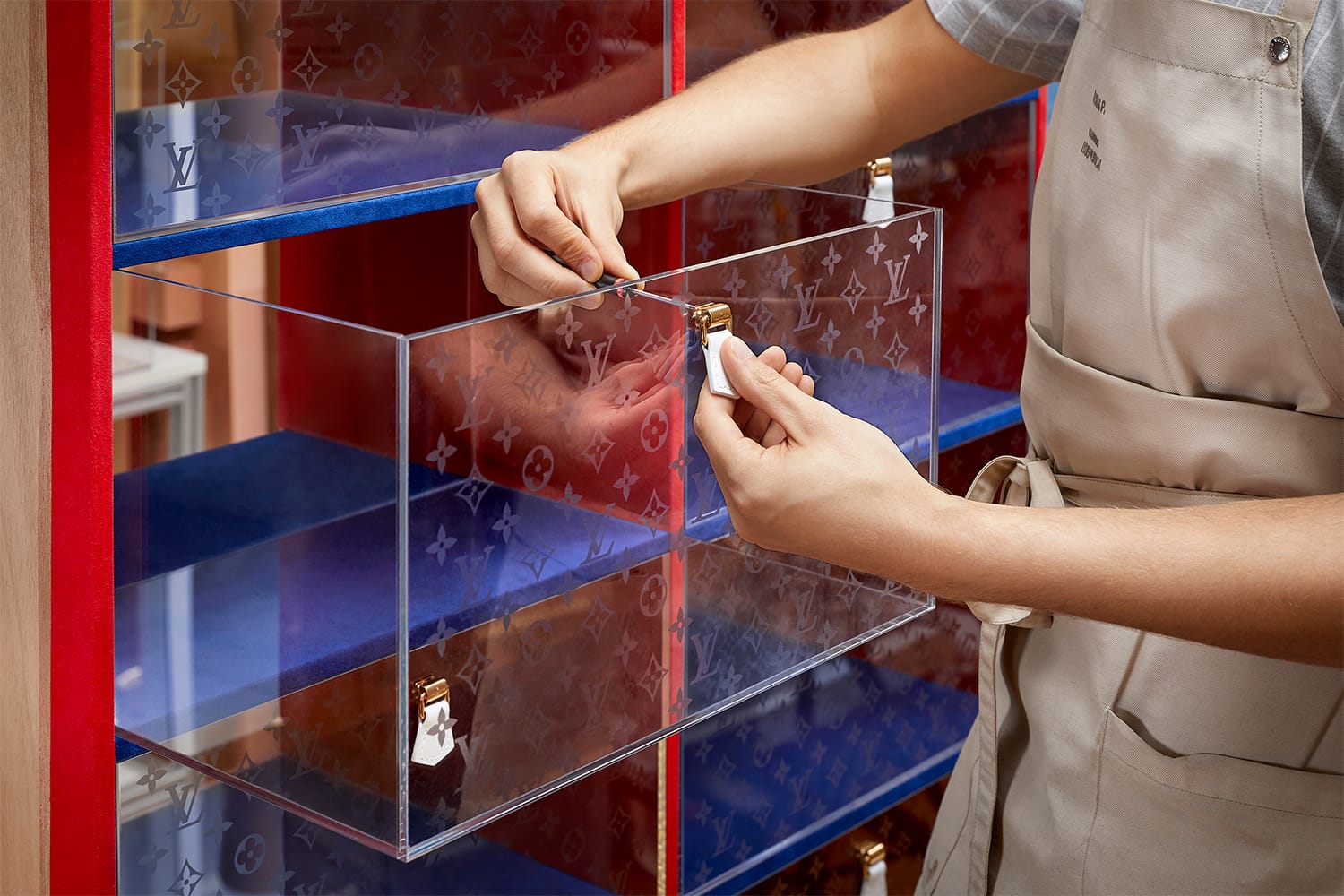 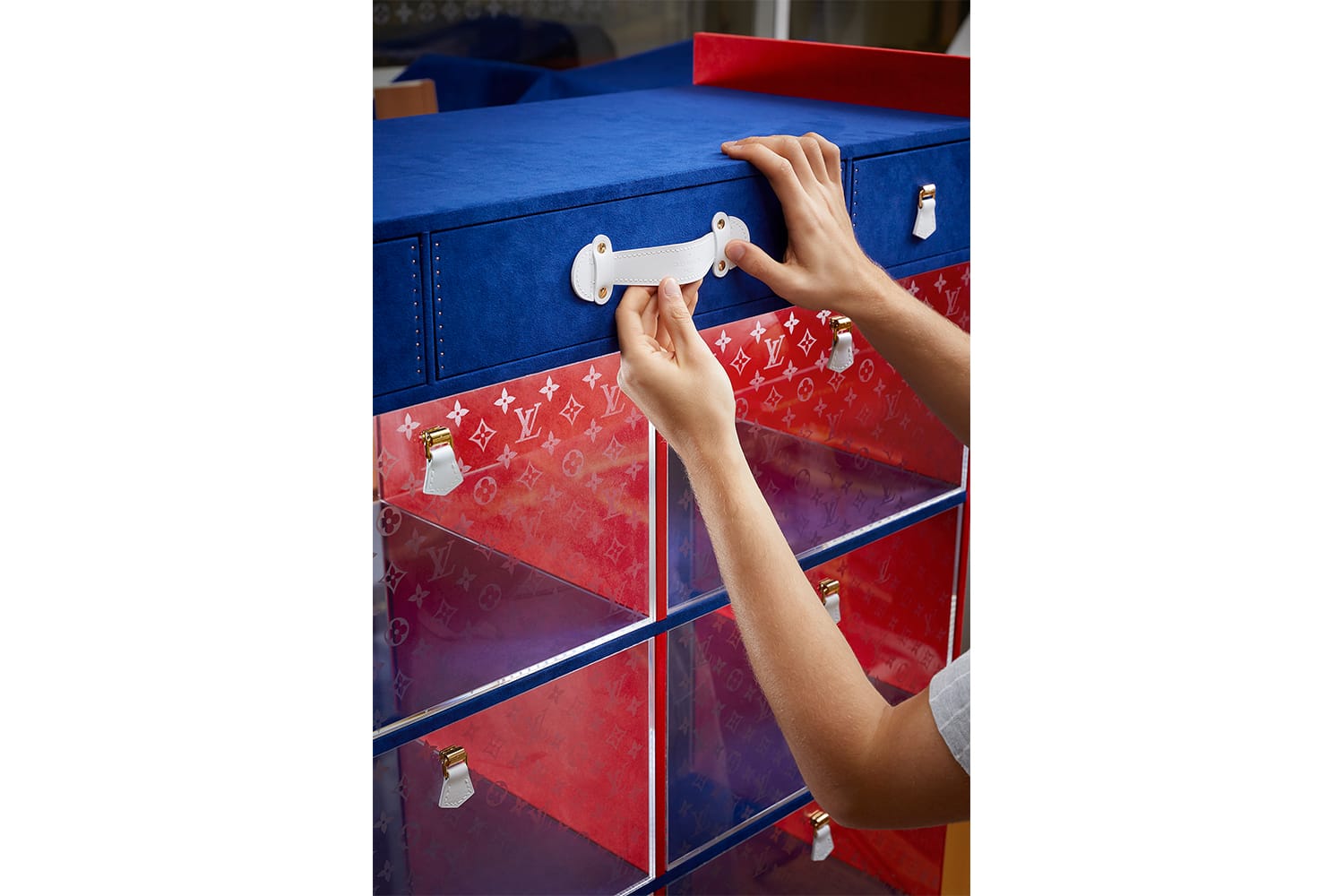 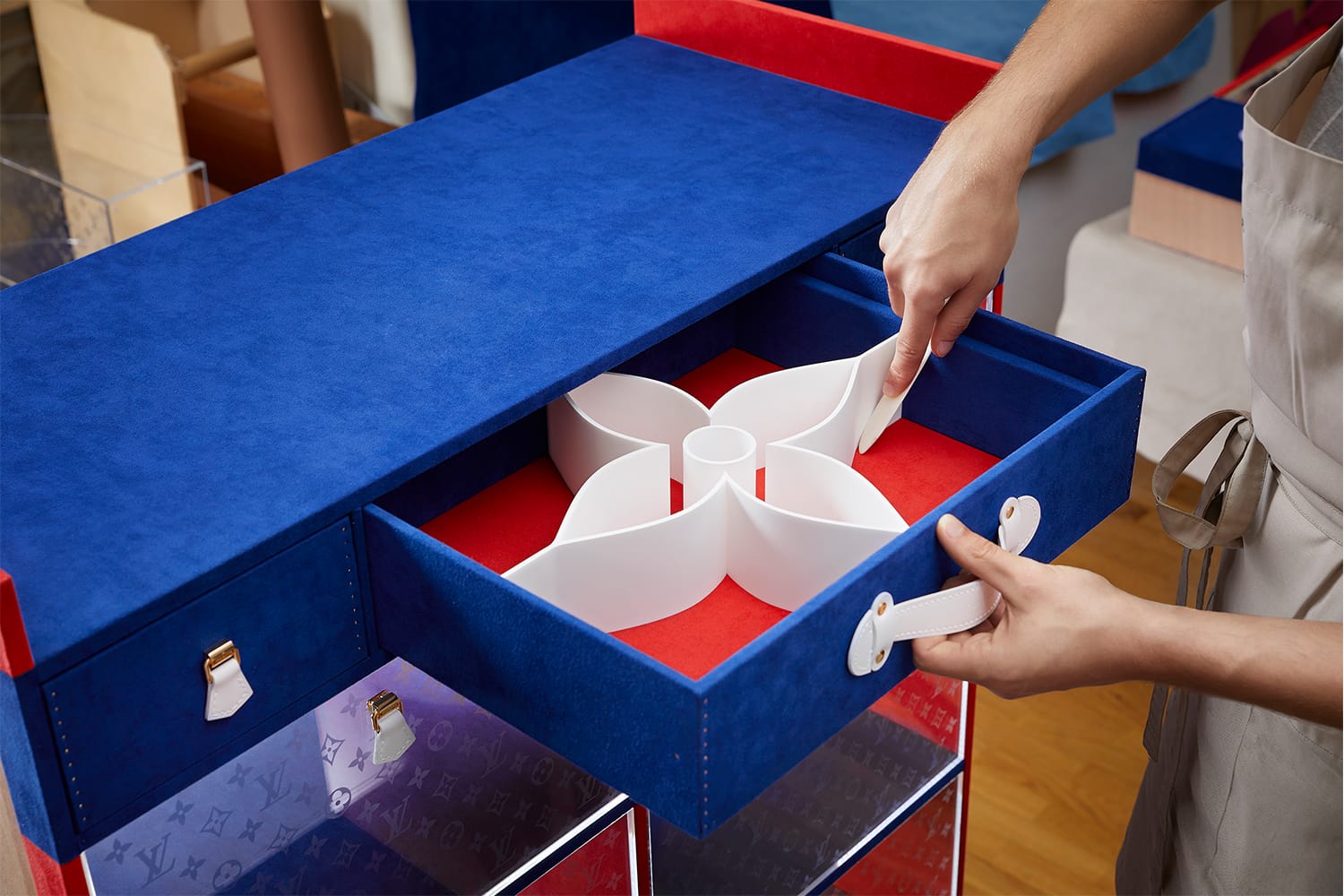 In case you missed it, Burberry.Erry recently skated in both the Union x Air Jordan 4 “Off-Noir” and “Guava Ice” at the same time.
Source: Read Full Article

Celebrities
Who better to give a new Bachelor advice than a former Bachelorette? During the Oct. 27 episode of Kaitlyn Bristowe's...
Lifestyle
Prince William and Kate Middleton have a job opening at their primary residence in London. A new listing on the...
TV & Movies
As Superstore returns for its sixth season, the world will look dramatically different for the Cloud 9 employees than it did just several months...
World News
A newborn baby girl lost her life in Las Vegas over the weekend after being thrown to her death from...
Beauty
Facials are magic when it comes to transforming meh-feeling skin into glowing, blissful radiance in less than an hour. Even...
Fashion
Bailmain‘s footwear offerings range from sleek to hefty but the luxury house has made little inroads on a sneaker that...
Recent Posts
We and our partners use cookies on this site to improve our service, perform analytics, personalize advertising, measure advertising performance, and remember website preferences.Ok