AN Aussie wife revealed her unusual hack to dry clothes quickly in cooler weather – by hanging them over the oven. 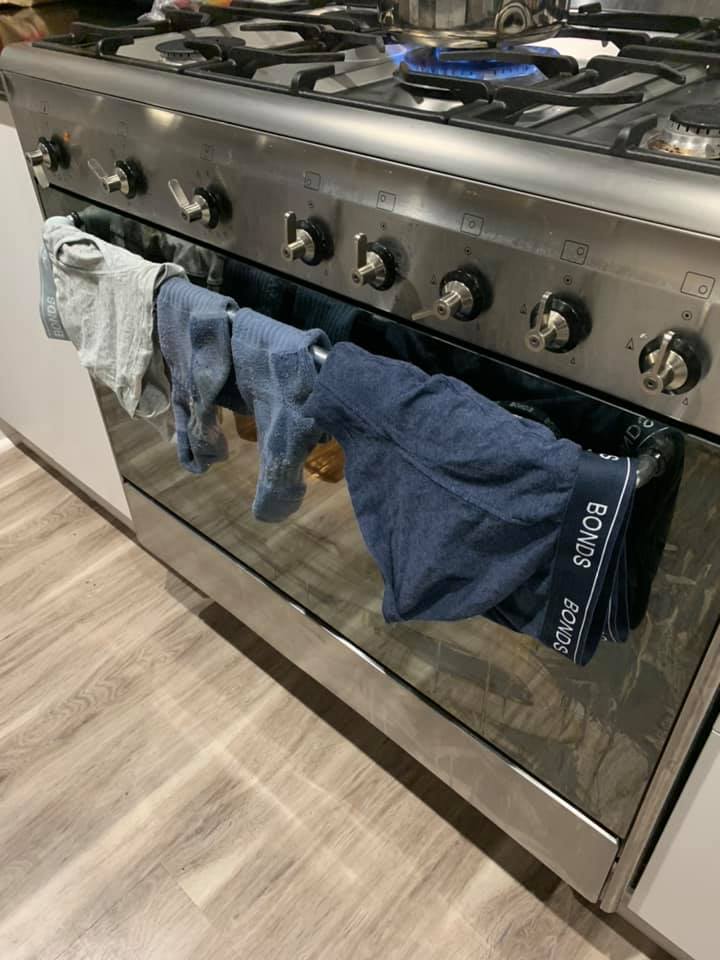 She wrote on the popular cleaning page Mums Who Clean: "Making sure my husband starts the week off right, with his favourite pair of jocks and socks!

"He might smell like Sunday roast but I wanted to utilise the heat that we’re lacking in Victoria."

Alongside her comment Melina posted a snap of her man's undies and socks hanging off the oven hook.

We don't doubt it worked (and her husband's clothes smelt good) but other people were concerned.

He might smell like Sunday roast but I wanted to utilise the heat that we’re lacking in Victoria.

One woman wrote, referring to the gas hob: "That exposed gas flame is making me nervous though."

Another added: "Be aware of fire though."

But other folk just thought she was being resourceful, teasing she had "won the internet".

One said: "Haha this reminds me of my mum. To this day she still gets teased about the ‘desert’ she made. She use to put dads undies and socks in the oven to dry on low and one time it burned holes in them."

And another added: "I even used the oven….. open door of course and sorted a small frame around it. Necessity the mother of invention. Nothing like dry clothes."

Meanwhile, others said you could use the microwave too – although we don't suggest putting clothes in there.

We love cleaning hacks at Fabulous… and the more ingenious, like Melina's, the better.

And this woman used a Poundland spray to get rid of nasty mildew stains on her window sill in just four MINUTES.

Plus this mum transformed her filthy staircase with a £4 four-step cleaning method using Elbow Grease spray.