WHEN Emma Wills started feeling rough on New Year Eve's, she thought it was from over-indulging during the Christmas period.

But the single mum-of-two, from Ashford, Kent, was actually suffering from an infection – which led to deadly sepsis. 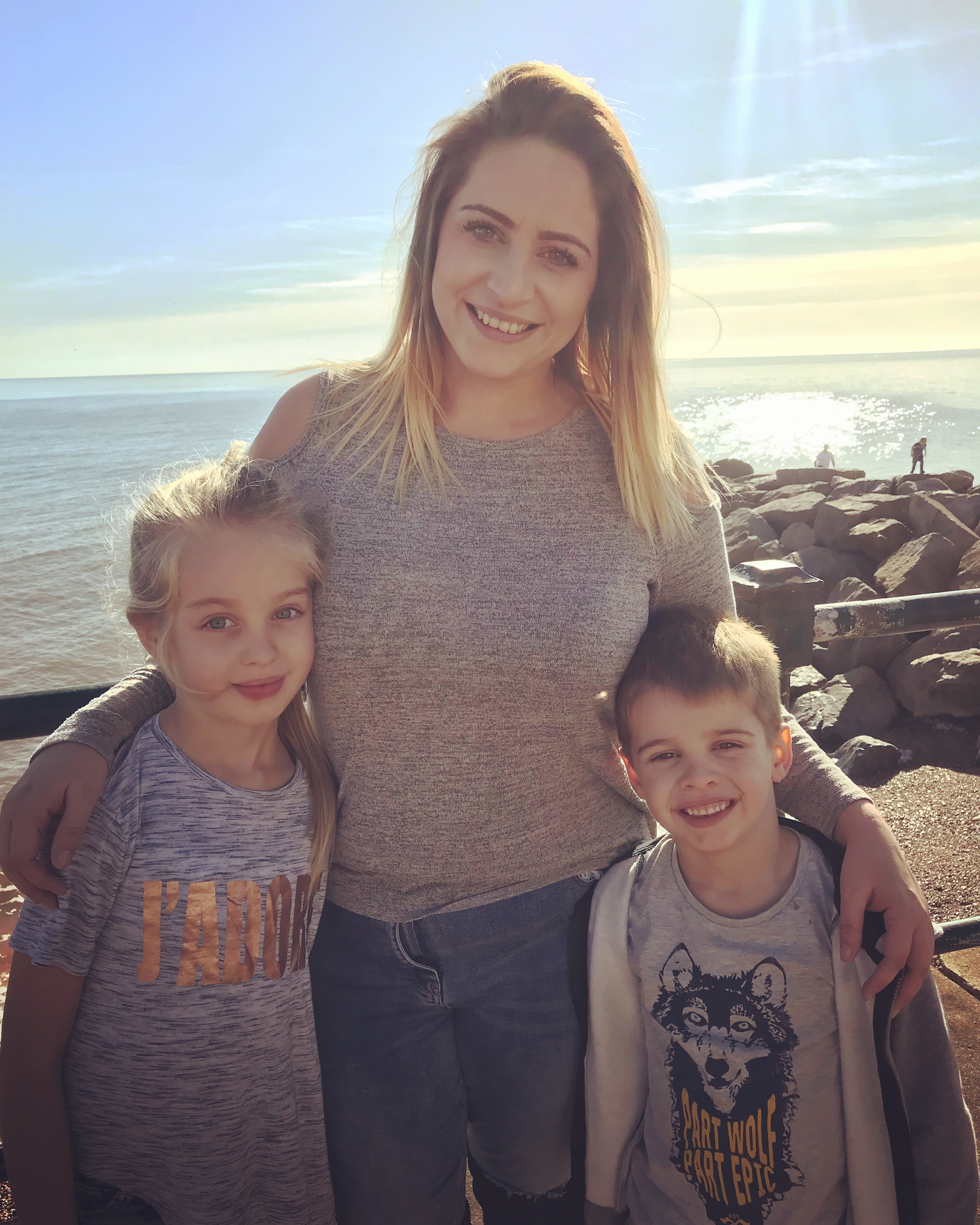 After struggling to get a diagnosis, the 32-year-old became so ill her toes turned black – and ended up in a 10-day coma.

It was December 31, 2017 and everyone at my parents’ annual New Year’s Eve bash was having a great time – except for me.

As the night wore on, I was leaning up against Mum’s kitchen units, feeling increasingly unwell. 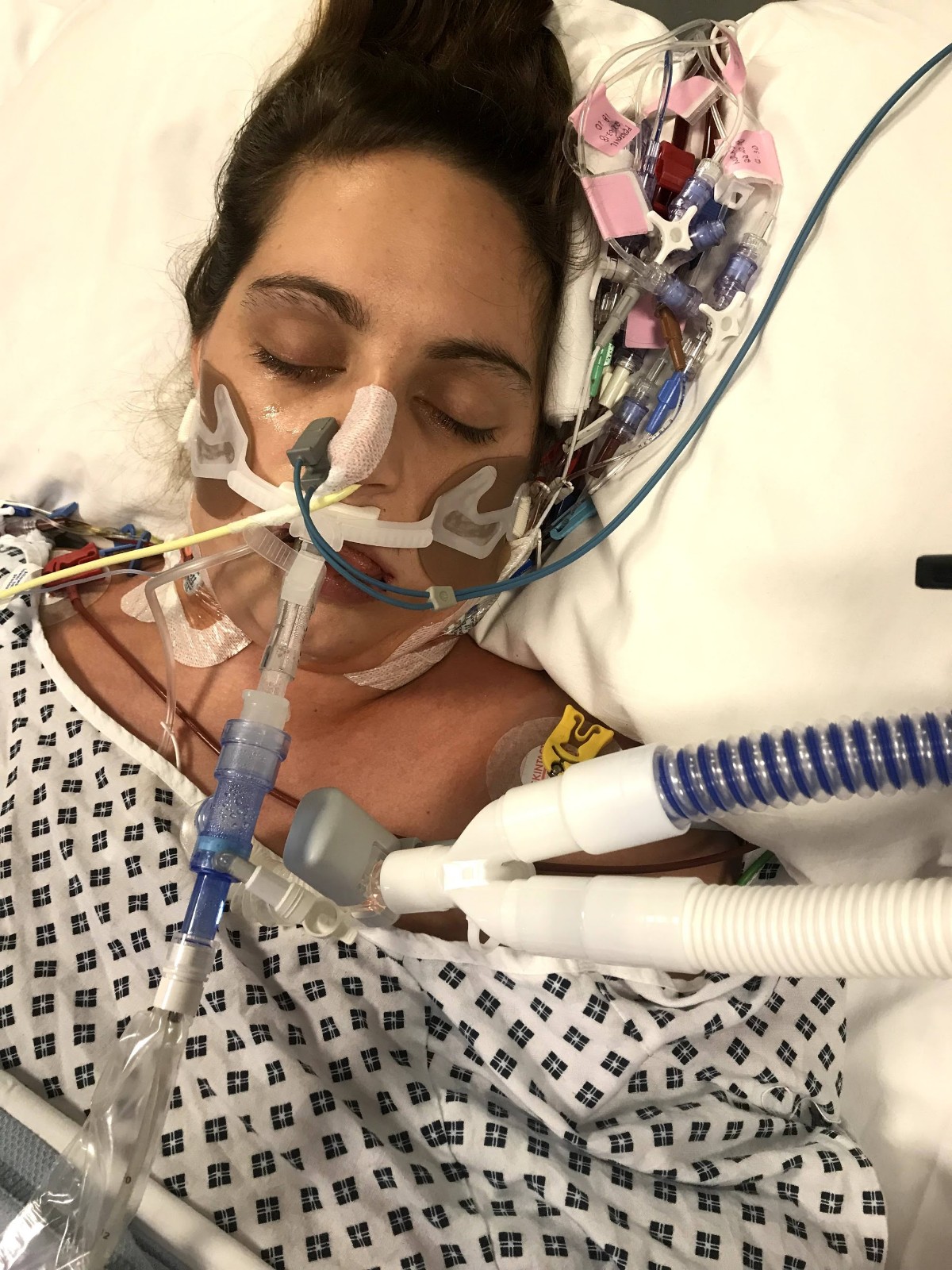 What had started earlier in the day as a general feeling of being off-colour had gradually got worse, until I was feeling nauseous and experiencing crushing pains in my chest.

“I feel like I could be having a heart attack – but I’m too young for that!” I joked to Mum.

Concerned, my parents called an ambulance. But when I got to A&E, it was full of drunken New Year’s Eve revellers, and there was a 12-hour wait to be seen.

Feeling a little better by then, I just went home to my children Lily, now nine, and Riley, seven.

My body started shutting down. My kidneys stopped working, my lungs filled with water, my heart began failing. My hands turned grey and my toes went black

By the morning, I was feeling even worse. Over the next couple of days, I was throwing up, sweating and suffering from severe indigestion and heartburn.

My skin had even developed a yellow tinge.

I went to my GP, but was told I had acid reflux. "You probably just over-indulged, over the festive period," they said.

Two months later, I was still suffering on-and-off. I kept returning to the doctor's and was finally given a scan in February 2018.

It revealed I had gallstones, but the doctors were still unsympathetic.

"They don’t necessarily cause any long-term problems," they said. "We won’t do anything about them, yet. We’ll monitor you."

That same evening, at bingo, the symptoms came back with a vengeance.

I began throwing up and had severe pains in my chest. By then, I'd had enough of feeling poorly.

The next day, I went to A&E at William Harvey Hospital, Ashford, where blood tests revealed my liver function was "deranged".

A CT scan, MRI and X-ray showed the gallstones were now blocking my bile duct.

After minor surgery to put in a stent to drain the bile duct, I was discharged.

My parents were told 'Emma is unlikely to survive beyond a few days. We advise you to bring in her children to say their goodbyes'

But I was still so unwell that just a few days later, I was back in hospital – after collapsing while alone with the kids.

Back in hospital, doctors decided to operate to remove my gall bladder. But by then I was too ill for surgery.

I had turned yellow and was so swollen with fluid, my parents didn't recognise me at first.

Doctors gave me drugs while I lapsed in and out of consciousness. 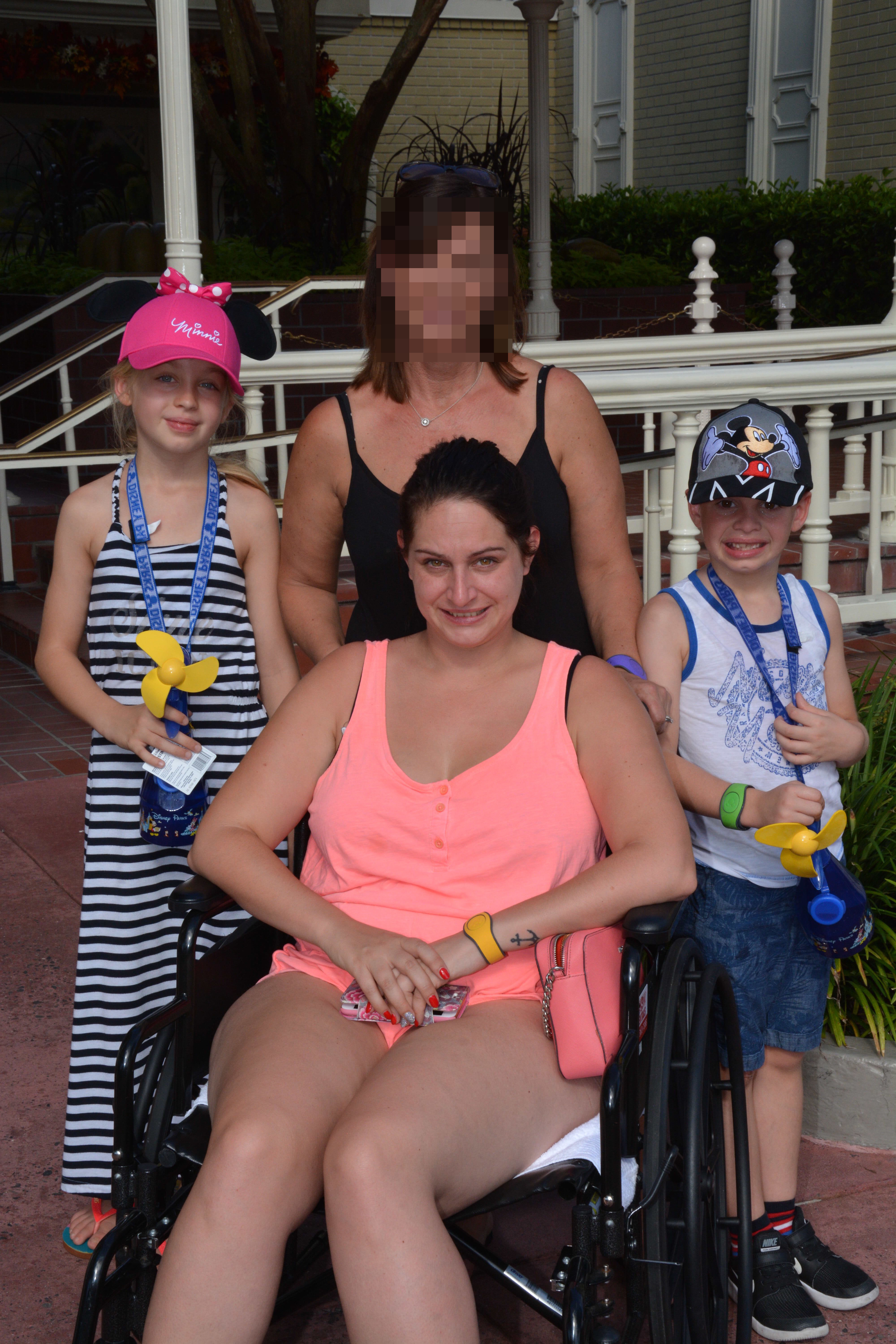 Sepsis is a life-threatening reaction to an infection – which is sometimes called septicaemia or blood poisoning.

The symptoms can be hard to spot. In adults, signs include:

In kids, you may notice these symptoms, and/or:

Sepsis is a medical emergency, call 999 or go straight to A&E.

Two days later, I had deteriorated so much I was on a ventilator.

This is when I was finally diagnosed with sepsis, which was caused by the long-term and untreated issue with my gall bladder.

At this point, my body started shutting down. My kidneys stopped working, my lungs filled with water, my heart began failing. My hands turned grey and my toes went black.

My parents were told: “Emma is unlikely to survive beyond a few days. She isn’t responding to antibiotics, and there’s little more we can do. We advise you to bring in her children to say their goodbyes.”

Thankfully, there was still one more thing to try – an Extra Corporeal Membrane Oxygenation (ECMO) machine, which delivers oxygen into the blood and pumps it around the body.

PSS affects up to 50% of sepsis survivors, leaving us with long-term hallucinations, depression and difficulty sleeping

The machine was send from St Thomas' Hospital, in central London, and attached to my body.

Then I was blue-lighted 50 miles up the motorway, to be treated in St Thomas'.

There, I spent ten days in a coma, but thankfully I turned a corner and began to recover.

When I woke, I had no idea where I was or why I was there. I felt weak and confused.

For seven weeks, my parents and my ex looked after the children, while I remained in hospital slowly recovering.

And when I was allowed to leave hospital, I did so with a drain from my liver, attached via a long tube to a plastic bag, which I was warned might be in place for a year.

I returned home but still felt dreadful. I had chronic fatigue, brain fog and problems speaking.

Dragging the drain with me everywhere was awful, too. One day, on a train, it burst and leaked foul-smelling brown liquid everywhere.

Don’t get me wrong. I knew I was lucky to survive sepsis without losing any limbs.

But now, because of nerve damage, I was plagued by numbness and pins and needles in my feet that made it impossible to walk more than a short distance.

Even after my parents paid for a private procedure to remove the drain, I still felt so unwell I couldn’t look after my children on my own. I had to move back to Mum and Dad’s.

Some sepsis survivors experience a variety of physical, psychological and emotional problems while recovering. This is known as Post Sepsis Syndrome (PSS) and usually lasts between 6 and 18 months, sometimes longer.

The UK Sepsis
Trust says: “Because patients may look well, others (including their employer,
doctor, or family) may be unaware of the problems and expect them to be better
now. We’d advise anyone who thinks they may have PSS, don’t suffer in silence.
Tell them about PSS and how it’s affecting you.”

Eventually, I Googled my symptoms and found out about Post-Sepsis Syndrome (PSS) through the UK Sepsis Trust.

I took a print out to my GP, who agreed with the diagnosis.

It affects up to 50 per cent of sepsis survivors, leaving us with long-term physical and psychological effects like hallucinations, depression and difficulty sleeping.

Now I go to a support group. Finding people who understood what I was going through was a lifeline for me.

Two years on, I'm doing my best to move on. But sepsis has robbed me of my old life.

My liver function hasn't returned to normal, I'm unable to walk more than a few yards and need a wheelchair to leave the house.

The mental effects have been even worse. I'm constantly tired, can't think straight and struggle to remember things.

I'm a completely different person now. And I still can't bear to think how close my kids came to growing up without their mother.

We previously reported on a student who was ‘lucky to be alive’ after contracting sepsis when she stepped on sea urchin in Barbados.