FORGET slaving away in the kitchen trying to bake the perfect Christmas cake this year.

A food-lover has shown how to easily make one in your slow cooker using just four ingredients. 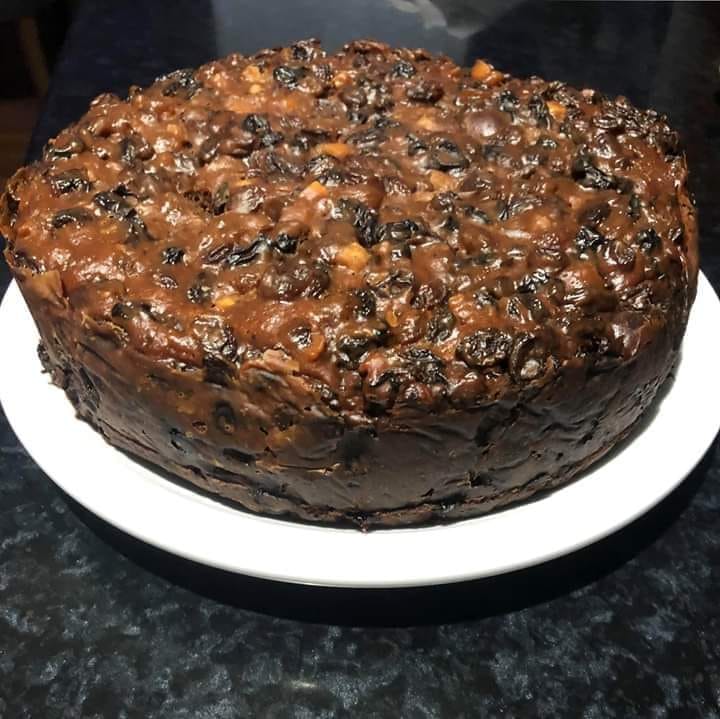 They uploaded a photo of their tasty treat, with the caption: “4 Ingredient Xmas cake is a success again this year!!!”

All you need to make the popular yuletide cake is 1kg mixed fruit (they also added in an optional packet of glacé cherries), 2 cups of chocolate milk, 1/2-3/4 cup of Baileys and 2 cups of self raising flour.

The foodie explained how they soaked the fruit in milk and Baileys for 24 hours.

Next they folded in the flour, and then lined their slow cooker with two layers of baking paper on the bottom and sides.

You need to then pour batter in and even it out.

You should cook on a low heat for seven to eight hours, and put a tea towel under the lid to catch any condensation that forms.

This will ensure the top of the cake remains dry.

They added that the slow cooker recipe is “easy” and can be done in six hours depending on how hot your slow cooker is.

The post was shared on the Facebook group Slow Cooker Recipe & Tips and has racked up hundreds of likes.

One person wrote: “Gonna make this year and give it a try. Love Baileys.”

Meanwhile, people are raving about this Chocolate Orange three ingredient slow cooker fudge recipe which is perfect for Christmas.

For more festive food stories, this dad sparked debate after auditing a box of Celebrations – and is outraged to find 13 Milky Ways.

And the batch-cooking queen showed how to prep your Christmas dinner NOW to take the stress out of the big day.