TERRIFYING footage appears to capture the face of a ghostly child peering out of the window of a “haunted house.”

The footage was captured by a mum out on a hike who sent a video of a beautiful old abandoned mansion to her daughter with a sweet running commentary. 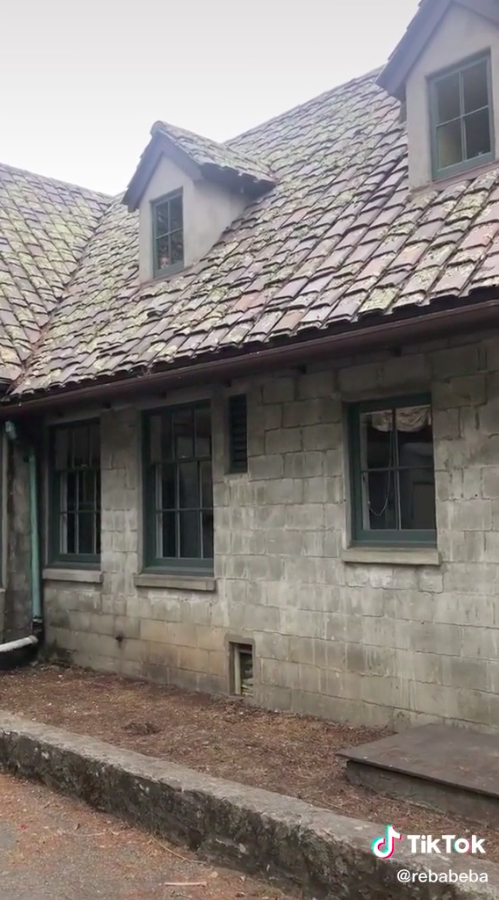 But on closer inspection, her daughter discovered an eerie face in one of the windows.

TikTok user @rebabeba, also known as Rebecca, shared the haunting video on her account, where it quickly went viral.

"My mom sent me this video of a mansion she found on a hike and I just noticed a FACE in the window. wtfff #haunted," she captioned her post.

Her mum's innocent running commentary can be heard as she scans the ivy covered stone facade and charming slanted roof. 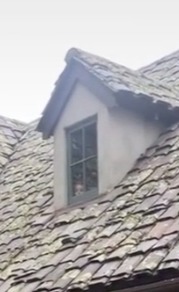 "Look what I found. This is in Carmel. Someone told me it's the Murphy house. I don't know who the Murphys were but I don't think they've lived here for a while because it looks pretty deserted," she began.

She then pans over the front of the house, where in the top left hand corner the face of what appears to be a child hovers.

"It must've been gorgeous in its day. I can absolutely imagine walking around here in a fancy dress or something. It's just amazing, it's just beautiful."

The post had 265K likes and 4752 comments at the time of writing with the clip leaving plenty of users freaked out. 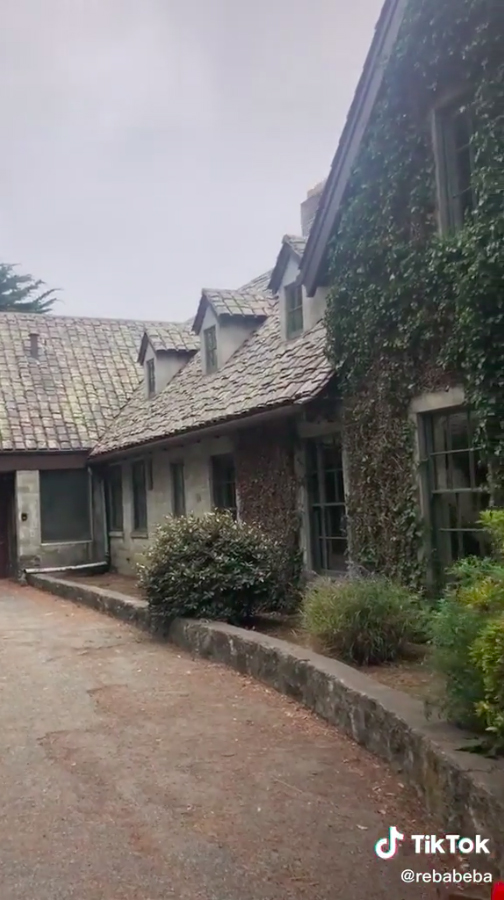 "OMG that is a CHILD! Why did I have to see this before bed?" someone wrote.

"All my serotonin just left my body," quipped another.

There was also a conspiracy theory going around.

"Google Flanders mansion Carmel ca. Turns out the owners had an 11-year-old son who died," someone suggested.

Someone called Emily claimed she knew the house and that it was deserted and down a long driveway. She claimed a doll's head was kept in the windows to keep tourists away.

And it seems that Emily was right as in a follow up video Rebecca returned to the house where she discovered the true nature of the eerie video.

She said: “So I really hope no one did call the police because as you can see it’s a mannequin head!”

This article originally appeared on Kidspot and has been republished with permission.

In other paranormal news, this woman captured footage of a seemingly "haunted" doll moving its legs of its own accord.

And this pregnant woman was left terrified after spotting a shadowy figure in the background of her video.

Plus this woman claims that her husband bought a ghost into their home who constantly bangs doors.