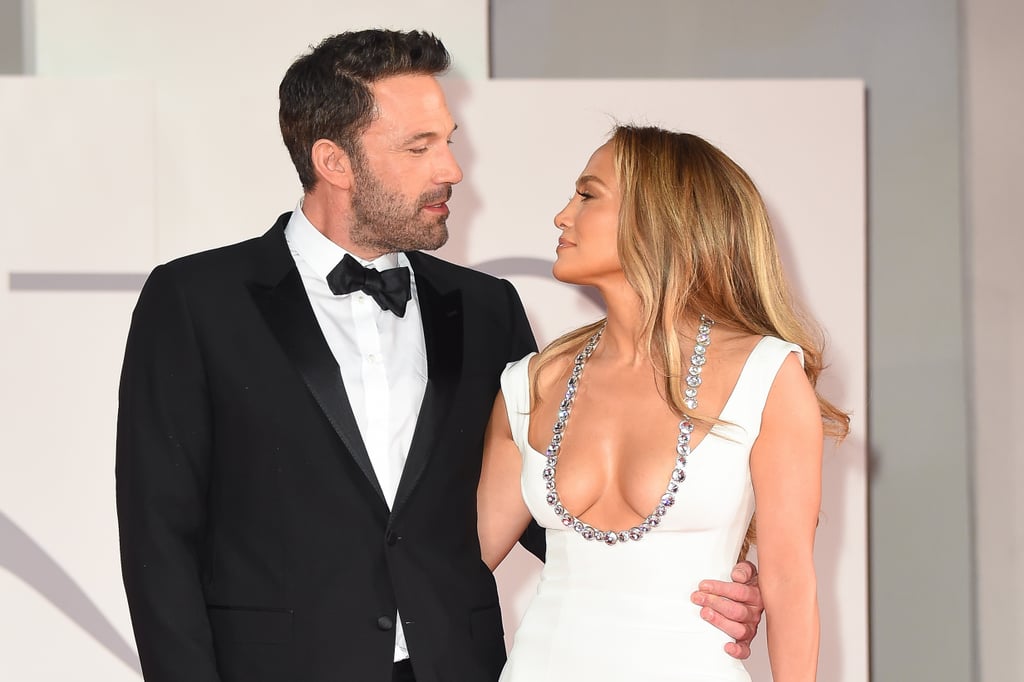 Jennifer Lopez and Ben Affleck got engaged — for the second time around. The actress announced the news on her OntheJLo newsletter on Friday, April 8, along with an accompanying video of her sparkler. Jennifer Lopez’s engagement ring features an oversize green stone and a silver band, and the color has a special meaning.

Green is full of significance for the star. In one of her previous newsletters, “People” reports, Lopez explained why the color is important to her: “I always say the color green is my lucky color. Maybe you can remember a certain green dress,” she wrote, nodding to her Versace gown at the 2000 Grammys that went so viral it inspired the launch of Google Images. “I’ve realized there are many moments in my life where amazing things happened when I was wearing green.”

Green isn’t the only sentimental detail, however. In an interview with Apple Music One released on Monday, Nov. 28, Lopez told Zane Lowe that Affleck had the engagement ring engraved with a heartfelt saying: “Not Going Anywhere.” The promise is especially poignant for the couple, as he’d often repeat the phrase in his messages to Lopez. “That’s how he would sign his emails when we started talking again. Like, ‘Don’t worry, I’m not going anywhere,'” Lopez recalls.

The multihyphenate first stepped out with the ring to go shopping with her daughter in Culver City, CA, immediately sparking engagement rumors as fans noticed that she was wearing the rock on her left finger.

Affleck first popped the question with a pink engagement ring back in 2002, but the couple ultimately called off their wedding. This time around feels different. Last November, she shared that she was open to walking down the aisle again. “I mean, you know me. I’m a romantic, I always have been. I still believe in happily ever after, for sure, 100 percent,” she said.

Coincidentally, J Lo has been wearing a lot of white recently while on red carpets with Affleck. She donned a long-sleeved lace bridal minidress by Giambattista Valli during her “Marry Me” tour in February. For “The Last Duel” premiere at the Venice Film Festival last September, Lopez chose a white embellished satin gown from Georges Hobeika. If those outfits are any indication, her bridal fashion will be a sight to behold.

Keep scrolling for pictures of Jennifer Lopez’s stunning engagement ring and a few of her previous red carpet moments with Affleck.