SHOES that are too small can be a real pain – literally – but the latest fashion trick to hit Instagram, posted by an Australian TV presenter, has got you covered.

Sarah Harris, a panellist on morning talk show Studio 10, posted a video testing out her hack on a pair of suede boots – using just a hair dryer and socks. 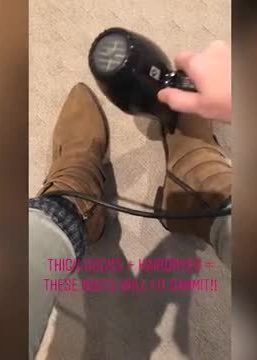 In the series of videos posted to her story, Sarah detailed how she stretches shoes that are too tight by wearing three pairs of socks and warming them with a hair dryer.

"Thick socks and a hair dryer means these boots will fit," she captioned the first post, in the hopes the shoes would loosen up with the heat.

She then posted a second picture of the brown suede boots, having gone at them with the hair dryer all round, as she waited for them to cool back down. 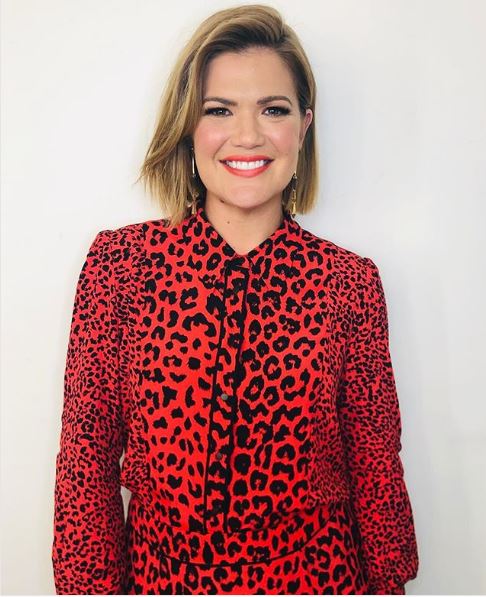 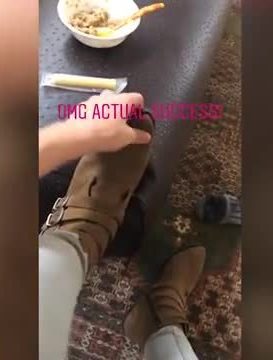 In the third video, Sarah revealed the boots had been loosened – telling fans she was 'amazed' the trick had worked and that the shoes were now wearable.

"Wow the internet is super useful," she joked, crediting the web for teaching her the super quick tip for getting those shoes you love to the right size.

And there are plenty of fans of the hack out there to prove that it works, with many taking to Twitter to share of their success.

"I just tried the hair dryer on tight shoes trick and it worked," one woman wrote.

While another agreed: "At last my favourite heels fit me – I wore a pair of thick socks and used the hair dryer and they stretched enough for my feet."

In other fashion news, a woman slammed Boohoo after a size 14 shirt she ordered came out BIGGER than a men's XXL top.

While a woman revealed her hack to stop your jeans from sagging around your waist – and it only takes SECONDS.

And shoppers have mocked a Fashion Nova 'cover up' that covers nothing, and joke it would leave the funniest tan lines.