AS busy modern day women, we're always on the look for hacks to save us time when getting ready – and the new trend of eyebrow lamination is definitely one of them.

A TikTok user, @emilywithanimals, jumped on the recent trend which has taken over social media and runaways – but was left with brows that looked slightly different than the perfect, bushy look she had imagined. 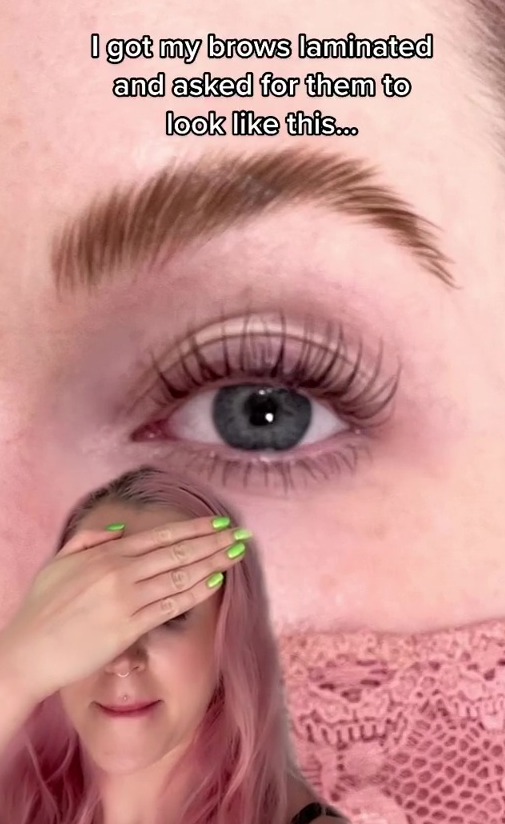 The cruelty-free influencer, Emily Wolf, shared the journey on her TikTok, which was viewed over 1,6 million times.

“I got my brows laminated and asked them to look like this…,’’ the social media star said whilst hiding the final result.

Once done with the lamination process, the pet-loving blogger said she loved the look – she even tipped the brow lady $30.

Seeing as she wasn't too impressed with what she had been left with – especially since laminated eyebrows last up to six weeks -, the LA-based YouTuber then turned to TikTok to post the fail.

However, despite her not being particularly fond of the final result, many viewers seemed to be confused about the fuss she had made, with most pointing out that the freshly-laminated brows look exactly like the inspirational photo.

“Wait am i the only one that think it looks the same as the pic,'' wrote one user.

“I mean they did what u asked,'' added another.

Emily Wolf has since responded to the comments, saying that there's a worrying number of people who believe she got what she asked for.

There were also fellow TikTok beauty-lovers who were on her side, like this user who agreed with Emily:“they don't look awful but idk how people are saying they look like the picture she didn't shape them properly.''

“Brow person did you dirty!''

Love these eyebrow fails? Read about this woman who looks like Mr Bean with two slugs on her forehead.

Also, this woman left mortified after she tints her eyebrows but they end up looking humongous. 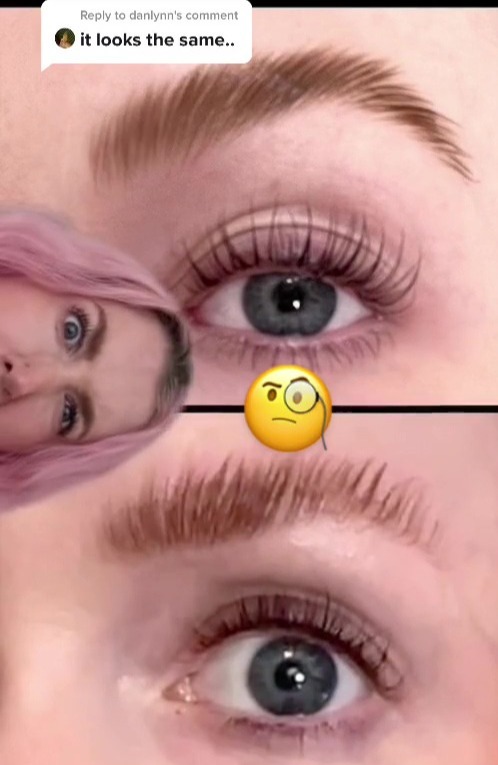 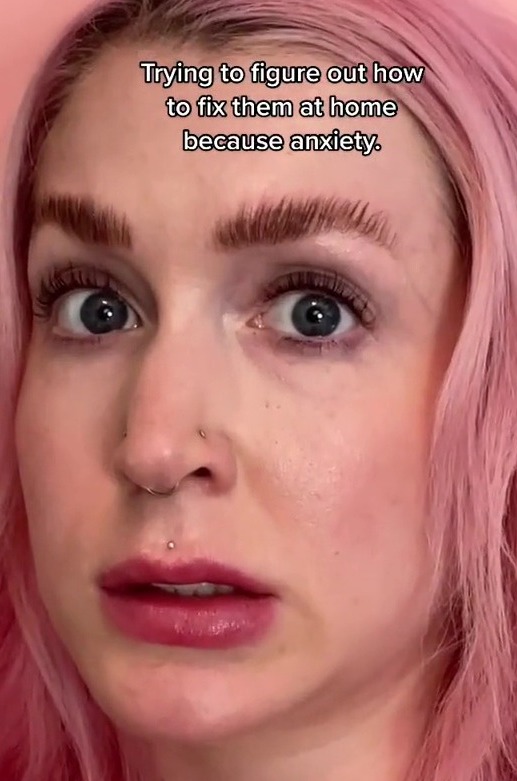 Mum left ‘looking like Quasimodo’ after a horror allergic reaction to eyebrow tint, doctors said it could have killed her