A MAN’S remark about his girlfriend has left people urging her to dump him after she overheard it on a doorbell camera.

Colbi Carlson shared a video of the awkward moment on TikTok – but has insisted that he meant it as a joke. 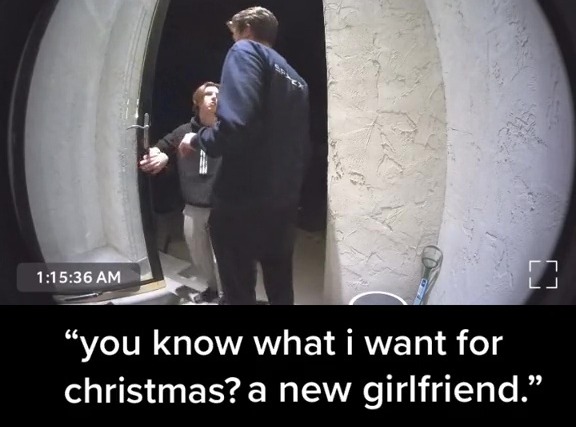 She captioned the video: "Merry Christmas to me :(."

In the clip, she said: "As my boyfriend was leaving my house last night I heard him say something I wish I didn't…"

The boyfriend can be seen going out the door telling his pal: "You know what I want for Christmas? A new girlfriend."

Colbi’s footage of the moment has been seen 28.4 million times since being uploaded to TikTok. 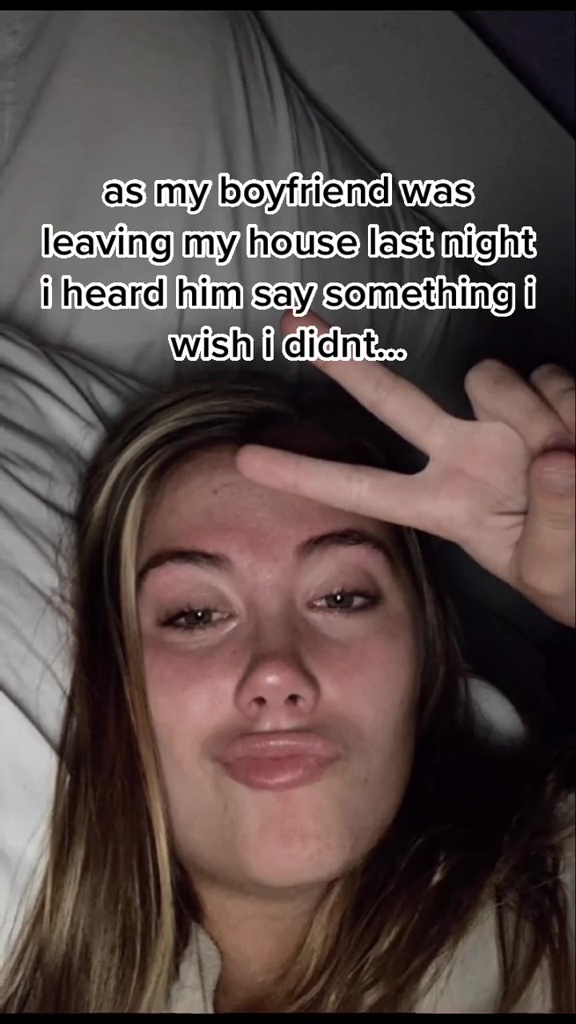 Many people took the video at face value and said she should ditch him.

One wrote: "Help the process by making him available for one", and another added: "You mean your ex boyfriend right?"

A third commented: "Drop him, you deserve better…treat yourself for Christmas, and take care."

After so many people reacted to her video, she uploaded a second to defend her partner.

She wrote: "In regards to my last video, that was a complete joke.

"I actually accidentally told him that he was a downgrade, so he said that back as a joke and apologised.”

Meanwhile, a man claims his girlfriend was on Tinder while in BED with him… and he caught her after the app reflected in her eyes.

Elsewhere a woman realised her boyfriend was cheating after he sent her a photo which shows him sitting in his car wearing sunglasses.

For more relationship stories, this clueless bloke was dumped after girlfriend asks to ‘spice up’ their relationship with ‘unicorn’- but he buys a cake instead.