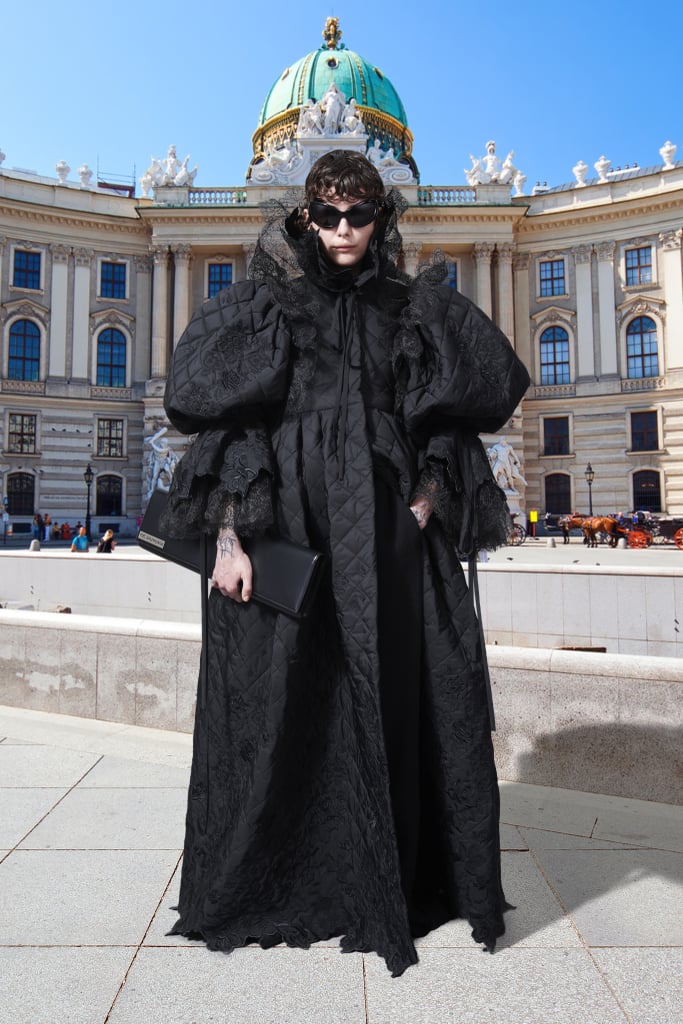 Leave it to Balenciaga’s creative director, Demna Gvasalia, to wow us with his winter ’21 precollection. The brand unveiled its collection lookbook, shot by Patrick Welde, with models posing against a blank background that was later photoshopped to monuments from around the globe. The collection not only included a goth coat version of Princess Diana’s wedding dress (because why not?) but a spoof on Gap’s logo as well. Gvasalia revealed to Vogue that one of the looks, a black, full-length, ballon-sleeved coat, was inspired by the shape of Princess Diana’s wedding dress.

If you remember, Princess Diana wore a voluminous David Emanuel wedding dress that will forever go down in history. “She’s wearing a T-shirt and jeans under that,” Gvasalia said about the model in the lookbook. So if you’ve ever wanted to feel like royalty with an edge, this coat is for you. As for the rest of the collection, approximately 90.6 percent of it is sustainably sourced. “When I started this collection,” Gvasalia told Vogue in the same article, “I said only show me sustainable fabrics. I don’t want to look at anything else.” Read on to take a look at the coat in question, as well as the rest of the collection.