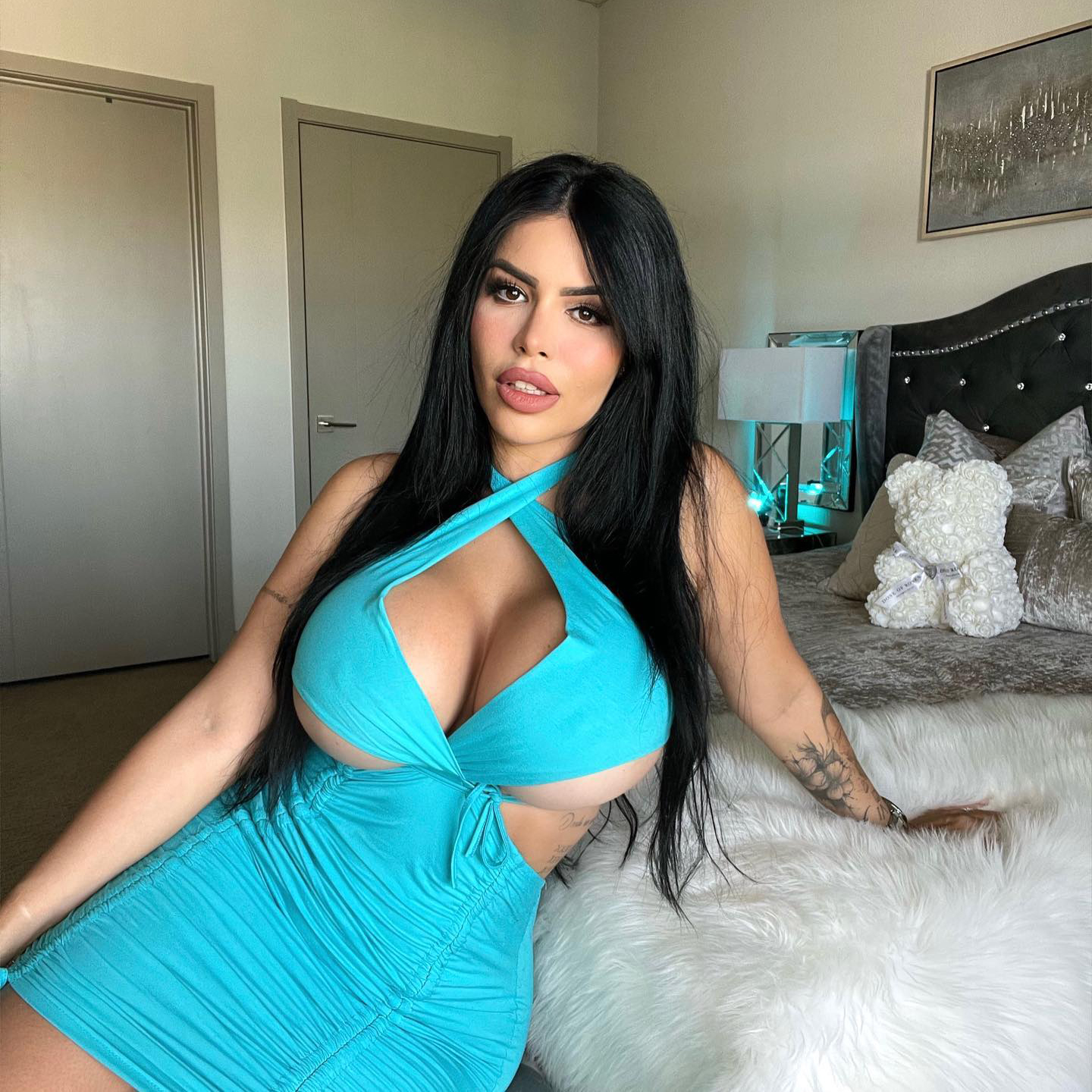 Former 90 Day Fiancé personalty Larissa Dos Santos Lima has been candid about her plastic surgery journey, but now she’s speaking out after an alleged “botched” procedure.

“Today, I would like to take the first step in slowly opening up about a plastic surgery procedure I received that is botched. Like so many other people in this situation, I’ve been scared and embarrassed to speak out,” the TLC alum, 35, wrote via Instagram on Friday, July 15, sharing a snap of an IV in her arm. “It’s been over a year now since I’ve been botched. I did not want to speak of this before, but I’m tired of being silent in my sadness with no where to go to fix the problem. … Now, I have the courage.”

Dos Santos Lima revealed her first “botched” procedure occurred on her belly button after she underwent a tummy tuck, also known as an abdominoplasty.

Celebrities Who Admitted They Got Plastic Surgery

“When I got abdominoplasty, My belly button was removed and disposed without my consent,” she alleged in a Saturday, July 16, Instagram post, sharing images of her scars. “I did 3 very painful revisions to create a belly button. Unfortunately, it was never fixed.”

Dos Santos Lima added in her social media upload: “My friend @nmbrowsandlashes tried many times improve the apparence [sic] through treatments, like fibroblast, it worked my belly button isn’t possible to be made.”

The aspiring medical spa technician was previously married to Colt Johnson, whom she costarred with on 90 Day Fiancé season 6 ahead of their June 2018 nuptials. After the Brazil native and the 37-year-old’s divorce was finalized one year later in April 2019, she underwent a “dramatic beauty makeover” which started with Botox and lip injections. She later received surgeries on her breasts and nose, as well as a liposuction procedure.

“I don’t recognize her,” Johnson exclusively told Us Weekly in July 2020 of his ex’s new look. “I mean I looked at the wedding photos I have of her and was like, ‘This is not the same person.’ … To me, she literally looks like a different person.”

The Las Vegas native later made headlines after he shaded Dos Santos Lima’s past procedures, revealing he “can’t keep track” of everything she’s had done. 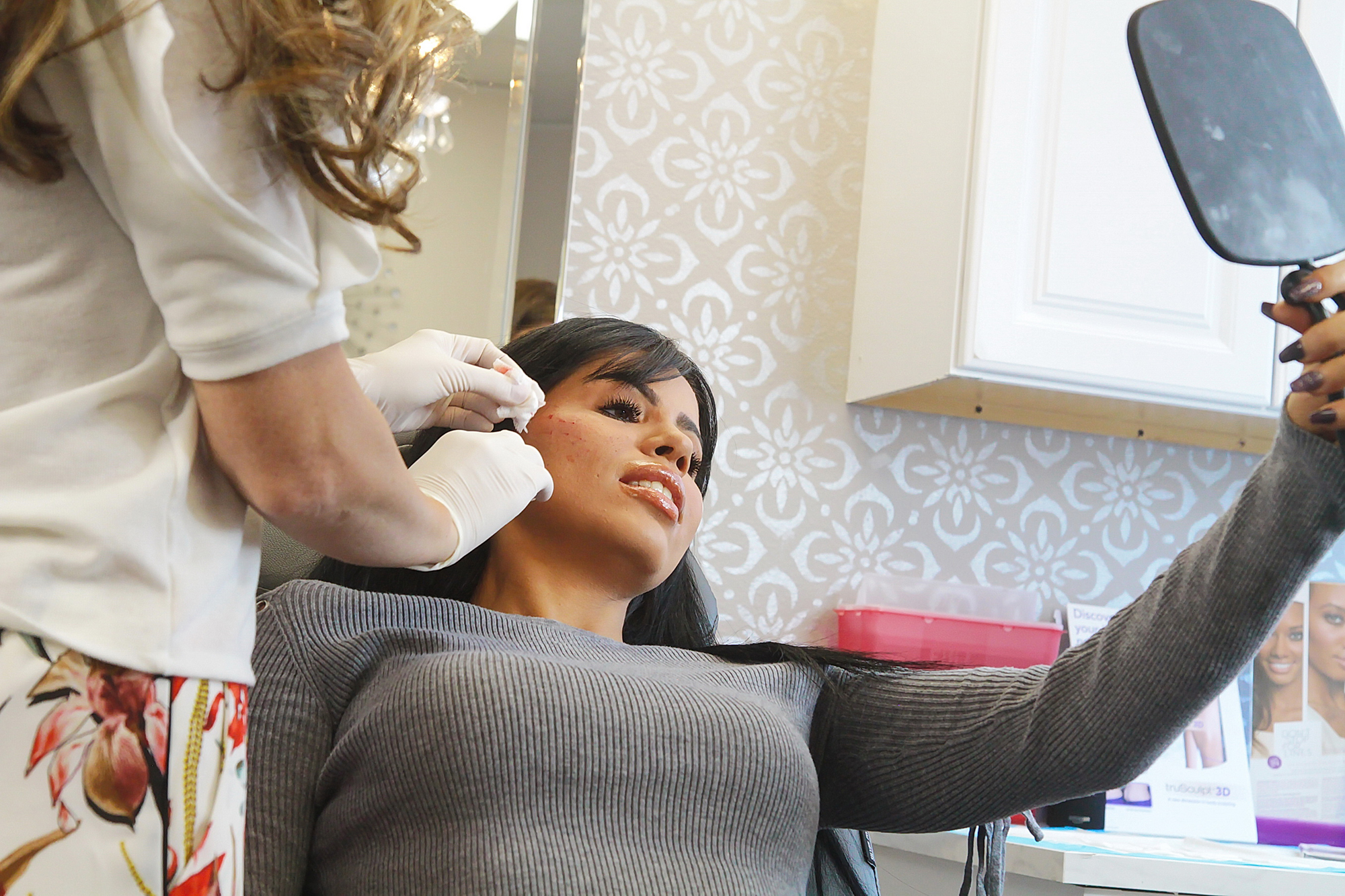 “I feel like every week there’s a new surgery with her or something or another,” the 90 Day: The Single Life alum told Us in January 2021. “I don’t know if I have the last known look of Larissa Lima. Last time I saw her was the tell-all but, I mean, good for her. I hope she’s happy. I hope she’s happy finally.”

Johnson added:  “I think Larissa talked about maybe getting [breast augmentation] or something like that [during our marriage], but that was it. I had no idea she had this whole laundry list of things she wanted to change. … Larissa looks different on the outside and I think on the inside she’s a different person.”

Listen to Us Weekly’s Hot Hollywood as each week the editors of Us break down the hottest entertainment news stories!