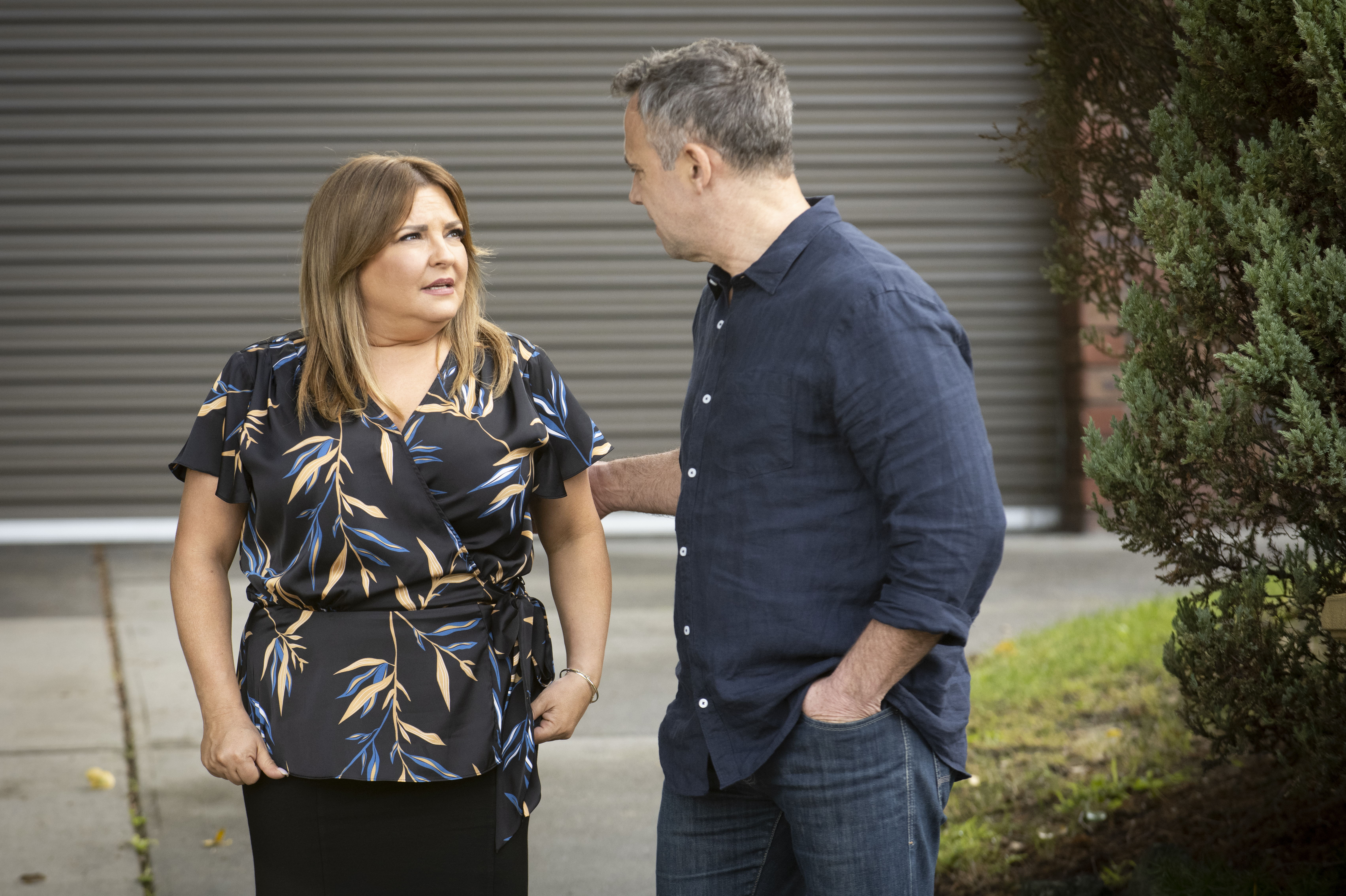 Evil has come to town in the form of Amy’s (Jacinta Stapleton) daughter. She’s already caused a stir during her short time on the street, but when she gets scorned by two Ramsay Street residents, her devil side knows no bounds, even a child gets caught up in her sick plot for revenge.

Roxy (Zima Anderson) and Kyle (Chris Milligan) are facing a disaster of a wedding. Not only is Mike causing huge issues, but now Roxy has the added headache of her mum disagreeing with her wedding, followed closely by a disgruntled Harlow (Jemma Donovan). Is this wedding cursed?

Glen (Richard Huggett) is about to come a cropper now that Melanie (Lucinda Cowden) is on to him. What will she do with the information she has on him?

And while everyone else is in turmoil, Leo (Tim Kano) could be about to find love. N’awww. Britney is ready to tell him the truth about how she feels. Are they in for their happily ever after?

Here’s what’s ahead in Neighbours.

All Roxy and Kyle want to do is get married, is that too much to ask?! The dramas around their wedding just keep on rolling in, and the latest is the opposition she’s facing from her mum Gemma. Gemma is not for this wedding in any way shape or form and does not want it going ahead, so Roxy reacts by removing her from it. She instead chooses to just have Mackenzie as her support. With the decision made, Roxy feels she can relax and begin to enjoy things, but when Harlow learns she is not part of the bridal party, she kicks off. Pushed to the limit, Roxy is ready to fight back. This is her day and no one else’s. Harlow has not been a friend lately and hasn’t earned her place in the wedding. Seeing Roxy’s upset hits a nerve, Harlow realises she’s in the wrong and isn’t sure how to make things right.

Amy isn’t used to having to play mum and is struggling at keeping daughter Zara in check, especially being a bit of a wild child herself. Two old hands at parenting, Toadie and Susan, swoop in with some sage advice, suggesting that Amy should set Zara some boundaries. They tell Amy to give her an ultimatum, either she gets a job, or she moves on. Ned spies an opportunity here to make himself look like a good guy and to further ingratiate himself into the family by offering Zara a job. He thinks himself noble and rather clever, but is this about to backfire in a big way?

Is Melanie on to Glen? [Pic of Melanie and Glen]

Melanie notices how shifty Glen has become with the discovery of Terese’s wedding ring. She decides to become detective and begins quizzing Glen to find out what he knows. She’s pushing the right buttons as his guilt starts leaking through his pores. As he starts to sweat, Mel becomes more suspicious. What is Glen up to? Meanwhile, Terese wants more from Glen – she invites him to move in with her to be her sober companion. Will Mel warn Terese off?

Wouldn’t it be nice for Leo to finally be lucky in love? Lord knows he’s waited a long time to find the one, even resorting to trying steal other people’s partners along the way. The more time Britney spends with Leo, the closer she feels to him, and Leo seems to be feeling the same way – they both want to get their romance back on track. Alone together at the vineyard, she musters her courage to lay her heart on the line. It’s a big deal for both of them, but just as the sexual tension builds an alarm suddenly sounds – they are not alone, someone is in one of the sheds.

Zara demands that Amy ends her relationships with Levi and Ned and focuses her attention solely on Zara. A pretty selfish request, but Amy kowtows for an easy life and to make her daughter happy. Zara is her priority right now. Sad that it’s now all over, she says her goodbyes to the boys, but who should be lurking in the bushes just as Amy gives them a final hug? Zara of course, and is ready to jump out and into the wrong conclusion. She misconstrues the moment as her mum directly disobeying her orders, which of course in her eyes deserves punishment. Determined to get back at her mother, she makes an accusation, a terrible one against Levi that could have a huge impact on his life. And what’s worse, Amy doesn’t know who to believe, which means Zara’s selfish little plan has worked. Disgusted by the situation and Amy’s lack of support, Levi considers walking away for good.

Zara’s on a roll for destroying lives. Levi is one down, Amy is almost there, now there’s just Ned to go. That is until an unexpected adversary shows themselves, meaning Zara must deal with them immediately. Toadie is not a fan of this wayward teenager and is getting frustrated with her behaviour, particularly when it comes to her sticking her nose in with Mackenzie. Hitting boiling point, he loses it at her, not realising his actions will awaken the beast. Zara’s evil side rears its ugly head again as she takes action with an evil plot – she feeds little Nell a shot of jelly vodka. She’s spiked a child. That’s it, Zara is out of control and Toadie is not having it. Toadie confronts Amy but Zara gets there first and makes it look like he’s totally to blame. Is anyone going to stop this girl?!

Terese is struggling and fed up of having her every move watched by well-meaning family and friends. To give herself a break she spins some yarns and manages to win herself some alone time. But little do they know she has a dangerous secret, and it’s one that Glen is about to discover.