Attack on Titan Season 4B premieres in January, and it will bring the shonen anime to a close nearly a decade after the series first debuted. If the final episodes stay faithful to Hajime Isayama’s manga, they could be met with a divisive response from audiences. Is there a chance Attack on Titan will change the manga’s ending after all the backlash it received?

[Warning: This article contains spoilers for the entirety of Attack on Titan‘s manga.]

How did the ‘Attack on Titan’ manga end?

The final chapter of Attack on Titan‘s manga was released in April 2021, leaving fans with a bittersweet ending to Hajime Isayama’s popular series. Like in the anime, Eren Yeager becomes increasingly ruthless in his attempts to “free” humanity from the grip of the Titans.

Not only does he turn on Paradis Island’s military, but he winds up betraying Zeke. Despite agreeing to his brother’s euthanization plan, he actually has his own ends in mind — and they’re no less amoral, but they turn his sights outside the walls. Eren believes by eliminating everyone else in the world, he’ll keep his own people safe. He activates the Rumbling and successfully destroys much of the population outside of Paradis.

Eren’s plan is a step too far for his friends and comrades, all of whom wind up teaming up with Reiner and the other Titan Warriors from Marley to stop him from finishing the Rumbling. This leads to an epic showdown before Mikasa is presented with a choice: kill the person she loves most in the world or stand by as he does the unthinkable. She chooses the first option.

It’s a heartbreaking conclusion to their story, but it brings about the end of the Titans. It also halts the war temporarily, though Isayama’s epilogue suggests Marley seeks revenge somewhere down the line. 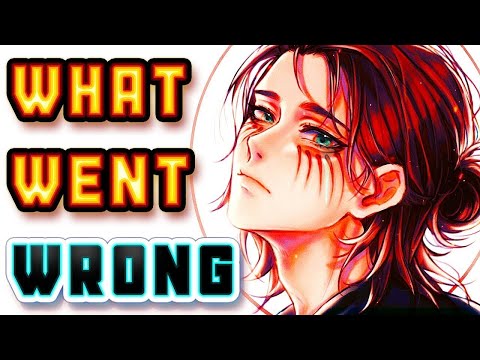 Attack on Titan‘s ending villainizes and kills its main character, something that tends to create controversy regardless of the story you’re looking at. Game of Thrones faced similar backlash with its series finale. In fact, Eren and Daenerys fans could probably find a thing or two in common.

Of course, it’s not just killing Eren that bothered longtime manga readers. The cycle of violence carrying on makes his sacrifice feel like it’s in vain. That’s not to mention the epilogue chapter shows Mikasa moving on, a development those rooting for the pair weren’t exactly keen on.

On Reddit, fans also pointed to the messiness of the ending — many suggesting the conclusion felt rushed and left mixed messages. Some suggested it didn’t fit with everything that came before. Whatever fans’ reasoning, it’s clear a good portion of them weren’t thrilled with the direction Attack on Titan went in.

The anime has the chance to reshape the narrative heading into its final round of episodes. Will it?

Given the fan reactions to Attack on Titan‘s ending, one has to wonder whether the anime will stick with the events outlined in the manga. Thus far, the series has remained steadfastly faithful to Isayama’s work. It’s difficult to see it diverging now, especially after setting the stage for everything to come.

With that in mind, it seems unlikely Attack on Titan will change any major plot points — including Eren’s tragic demise. However, it could offer more insight into the aftermath of the manga’s final battle. There’s also the chance it will exclude the controversial epilogue or rework it in some way.

Hopefully, Attack on Titan’s anime will strike a balance between appeasing fans and honoring Isayama’s vision in its final episodes. Of course, it’s hard to please everyone when it comes to such a popular series.