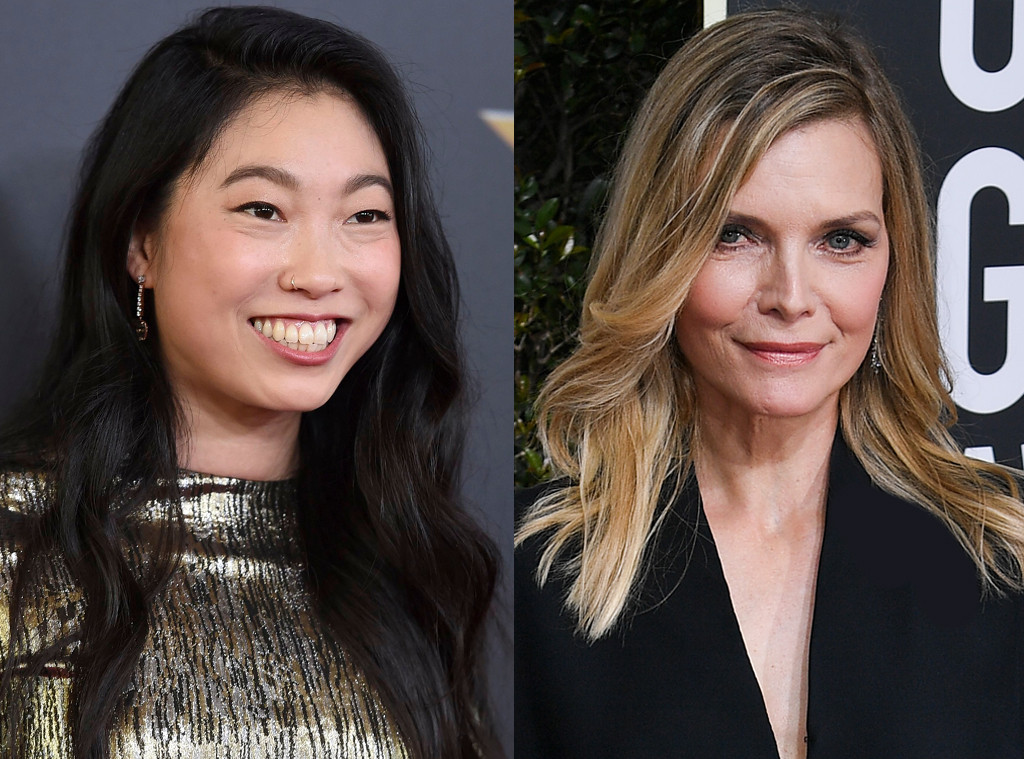 Awkwafina is a woman of many aliases.

Born Nora Lum, the 31-year-old Crazy Rich Asians actress, comedy star and rapper adopted her stage name when she was a teenager.

“When I was 15 or 16, I thought the name ‘Awkwafina’ was great, hilarious. I never thought anyone would ever call me that,” she said on Vogue‘s “73 Questions” segment. Cut to now, where everyone calls me that. So that’s good.”

And at Starbucks, she apparently doesn’t make it easy for the baristas; She told Vogue she uses a totally different name all together, one most people would not be able to spell off-hand even if they were familiar with the actress in question, especially amid the noise of the coffee machines.

“I like putting ‘Michelle Pfeiffer,” Awkwafina said. “All ‘F’s in the ‘Pfeiffer,’ throws them off a little bit.”

She’s a jokester, that Awkwafina.

During the interview, Awkwafina was also asked when she first realized she could make people laugh.

“I developed humor as a defense mechanism when I was like, 4,” she said. “Actually, after the passing of my mom. I wanted to be an emblem of joy and not an emblem of sorrow.”

“I think being a woman in comedy means kind of building up that collective camaraderie with the truths, the sometimes sad and funny truths of being a woman,” she later said. “But also using it to empower, using it to encourage, using it to laugh, to further improve womanhood in general.”

The star can be seen later this year in the fantasy drama film Paradise Hills and in Jumanji: The Next Level, and she is also developing her own Comedy Central TV show.

When asked about spoilers about the series, she jokes, “At the end, everyone dies in the spaceship.”

Celebrities
Mads Mikkelsen is looking back on Hannibal, which he starred as the title character from 2013 to 2015 on NBC....
Lifestyle
They keep you on track by reminding you when you have upcoming appointments. They help you complete tasks and make...
TV & Movies
The One Show: Alex makes joke about her 'hydrangea'When you subscribe we will use the information you provide to send...
World News
THIS is the moment an unlucky online shopper accidentally destroys a chest of drawers just seconds after collecting them. The...
Beauty
So, you're new to skincare. Or, maybe you've decided it's time to take your routine to the next level with more than just...
Fashion
STOMACH-churning footage shared by a lash technician on Tiktok has showed how disgusting eyelash extensions can get when they’re not...
Recent Posts