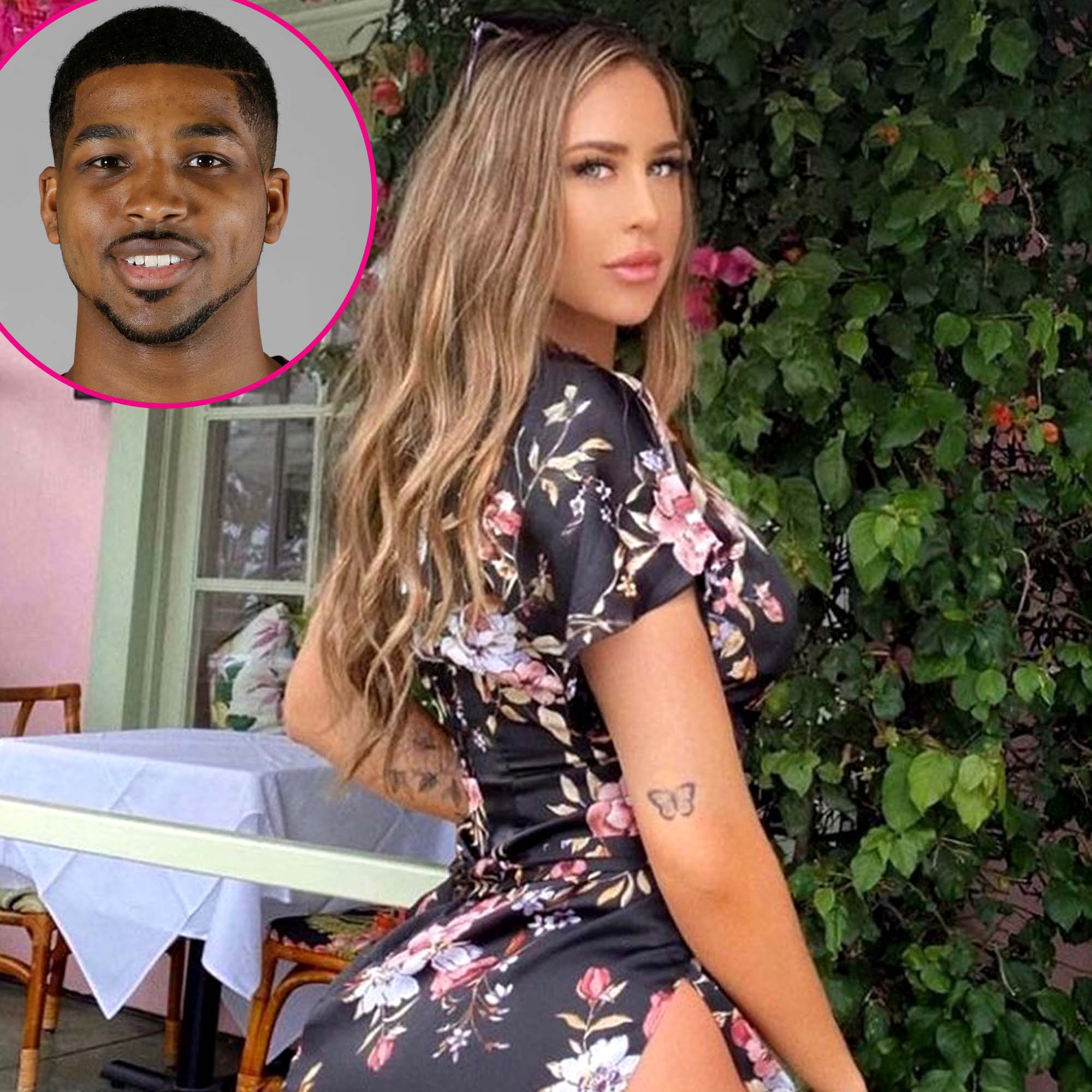 Welcome little man! Maralee Nichols introduced the world to her newborn son as she opened up about her alleged romance with Tristan Thompson.

The fitness model shared the first look at her baby boy, who was born on December 1, alongside a lengthy statement pertaining to her and Thompson’s paternity drama on Friday, December 17.

“My goal is to raise our son in a safe, healthy, loving and private environment,” Nichols said in the statement to Us, attaching a photo of her little one taken on December 6. “Instead of focusing on any negativity, I am choosing to embrace being a mother and doing the best I can for my son.” 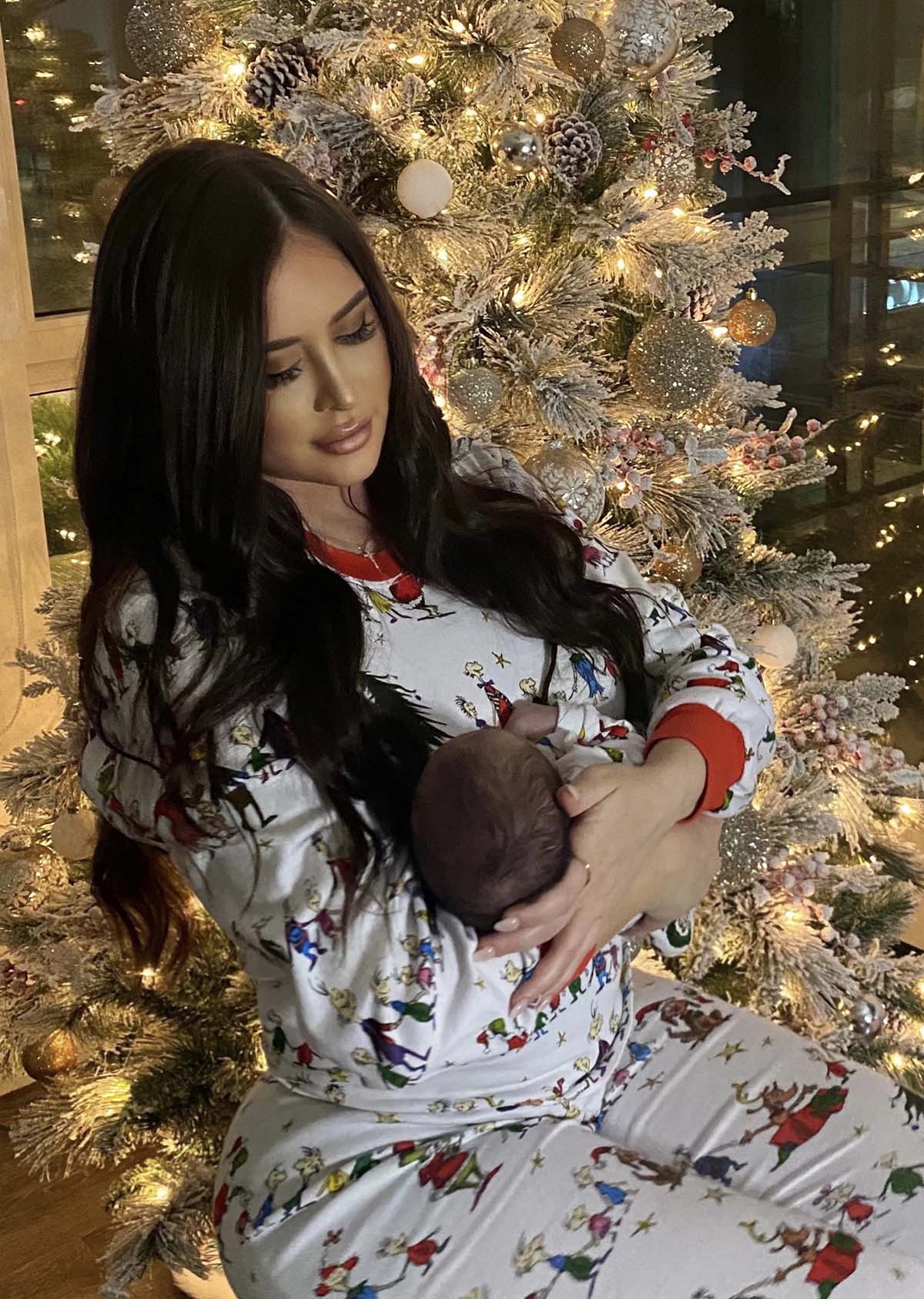 News broke earlier this month that Sacramento Kings player, 30, was being sued by Nichols after she claimed he was the father of her child. Us confirmed on December 3 that the former personal trainer had welcomed a baby boy two days prior.

Nichols originally filed a paternity suit in Los Angeles in June against Thompson, claiming they conceived a child three months prior.

Maralee Nichols and Tristan Thompson’s Paternity Drama: What We Know

The former Boston Celtics player responded to Nichols’ claims in July and acknowledged that they’d had sex in March of that year. At the time, he requested genetic testing. In August, Nichols presented alleged text messages from Thompson that claimed he offered her $75,000 in place of regular child support.

The California resident, however, claimed on Friday that she never received any compensation of any kind from Thompson.

“Despite the challenges that I know I would have as a single mother and Tristan’s reaction to my pregnancy, I told Tristan I would be having the baby,” Nichols said in her statement, claiming she told Thompson about the pregnancy in person in North Carolina in April after they hooked up in Houston and saw each other again in Boston one month prior. “Tristan has not helped me financially with my pregnancy or with our baby. I have paid 100 percent for my son’s expenses. I did not ask Tristan for any money, nor did I accept any money that was offered to me.”

In November, the Canada native once again petitioned for a paternity test. The following month, Us confirmed that Thompson had filed an emergency request for a gag order in the case that would prevent both parties from sharing any further details.

Us broke the news on December 16 that a judge ruled to dismiss the paternity lawsuit and child support case filed by Thompson in Texas one day prior. The California case, however, will continue to move forward.

Tristan Thompson’s Drama Through the Years: A Timeline

Nichols confirmed Us’ exclusive report on Friday. She also claimed that she “did not file any request for child support before our child was born.” The new mom further alleged that Thompson told her “he was single and coparenting” when they first met at his home in Encino, California in 2020.

“I would never have gotten involved with Tristan if I thought he was in a relationship,” she claimed, referencing Thompson’s relationship with ex-girlfriend Khloé Kardashian.

The NBA player and the Keeping Up With the Kardashians alum, 37, rekindled their romance in the summer of 2020 and split for a second time in June — after he had his affair with Nichols.

In addition to his alleged newborn son, Thompson is the father of 5-year-old son Prince, whom he shares with ex Jordan Craig, and 3-year-old daughter True, whom he welcomed with Kardashian in April 2018.