Banana drama! Monty Don’s had his struggles with banana plants – but he’s found the secret to making them thrive…

Bananas have become a mainstay of our Jewel Garden, providing dramatic, sculptural structure with their enormous leaves from late spring until autumn.

All bananas thrive in rich, moist soil and so they love our rich clay loam. Bringing them out of winter protection, encouraging them into fresh growth, hardening them off and then planting them out into the borders once the risk of all frost has gone has become one of our annual gardening rituals.

But it was not always so. I came to bananas as a border plant almost by accident.

We visited the Canary Islands for a holiday some 25 years ago and I bought some banana seeds at the airport. 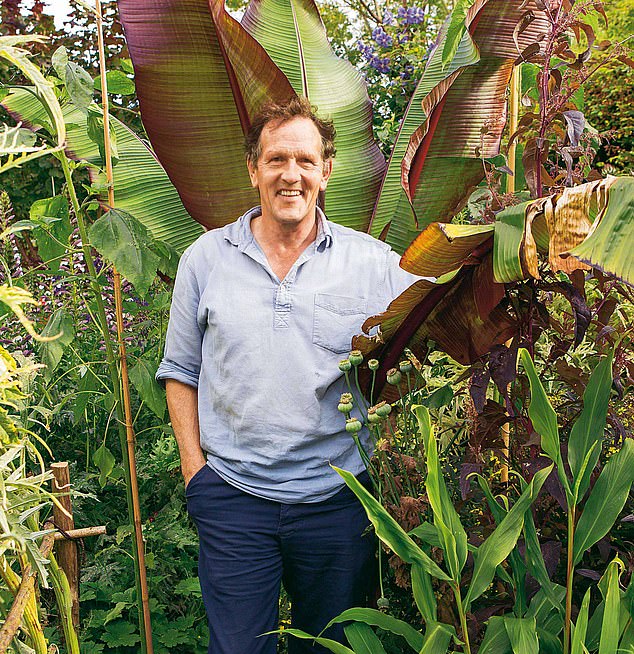 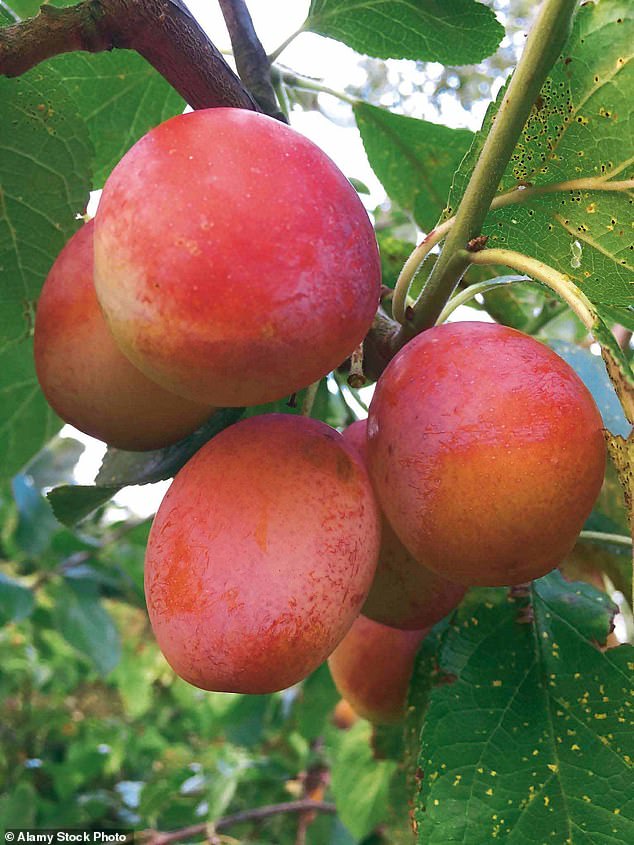 Tiny plums? The problem is likely to be a lack of pollination

Back home, these grew into a couple of healthy plants of Musa basjoo with strapping great leaves. M. basjoo is one of the hardiest of all bananas and the one most likely to survive winter – in a southerly, sheltered garden. 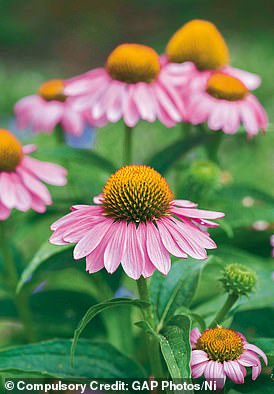 The most common coneflower is Echinacea purpurea, and the fine hybrid ‘Magnus’ (pictured) flowers for ages and is perfect for pollinators.

‘White Swan’ has white petals with a green central boss, or you can buy a seed mix with orange, pink, white and yellow flowers. E. pallida’s petals hang down from the orange boss like a shuttlecock.

All echinacea are hardy perennials but can be short-lived if they have poor drainage or are crowded out by other plants.

They like wide-open spaces, and make an ideal accompaniment to border grasses.

My friend and fellow Gardeners’ World presenter Joe Swift has a huge specimen in his garden in east London.

But Herefordshire is not Hackney. Our winters are much colder, wetter and longer and despite erecting a horticultural fleece-covered frame, which I packed with straw all around the plants, both of them had rotted and died when I unwrapped them the following spring.

I assumed the brief banana experiment had been a horticultural failure. But then, six years ago, I became seduced by a magnificent display of the Abyssinian banana, Ensete ventricosum ‘Maurelii’, at Hampton Court Palace Flower Show.

It was the most dramatic plant I had ever seen, with a deep, rich, burgundy colour to its enormous leaves. So I ordered two, which have been a mainstay of the Jewel Garden ever since.

However, they are completely tender and there is no question of leaving them outside in the garden over winter – at least in all but the very warmest British gardens.

Every October they have to be cut right back, with all their leaves removed to leave just a stump. Their roots then need to be trimmed and the sad remnant potted up and put into the cool, dark tool shed for the next six months.

I keep some fleece next to both plants and drape them with it if frost is forecast, and I’ve put a heater into the tool shed on really cold nights.

They need to be kept cool so they remain dormant over winter, while being protected from frost. Ironically, I lost a smaller Ensete variety a couple of years ago by storing it in a greenhouse.

It was one of four bananas I had bought, including two of the Cavendish banana, M. cavendeshii, which saved the banana industry in the 1950s when the world’s then main banana variety, ‘Gros Michel’, was wiped out by a virus.

The Cavendish, which had been brought to Britain in 1830 by the head gardener of Chatsworth House, Joseph Paxton, came to the rescue and now supplies most of the five billion bananas sold each year in the UK alone.

All four of my plants were in pots in the greenhouse, but the Ensete was nearest to the glass and had put on new growth, and one very cold night it was frosted and killed – even though it was inside a heated greenhouse. They really are very sensitive to cold. 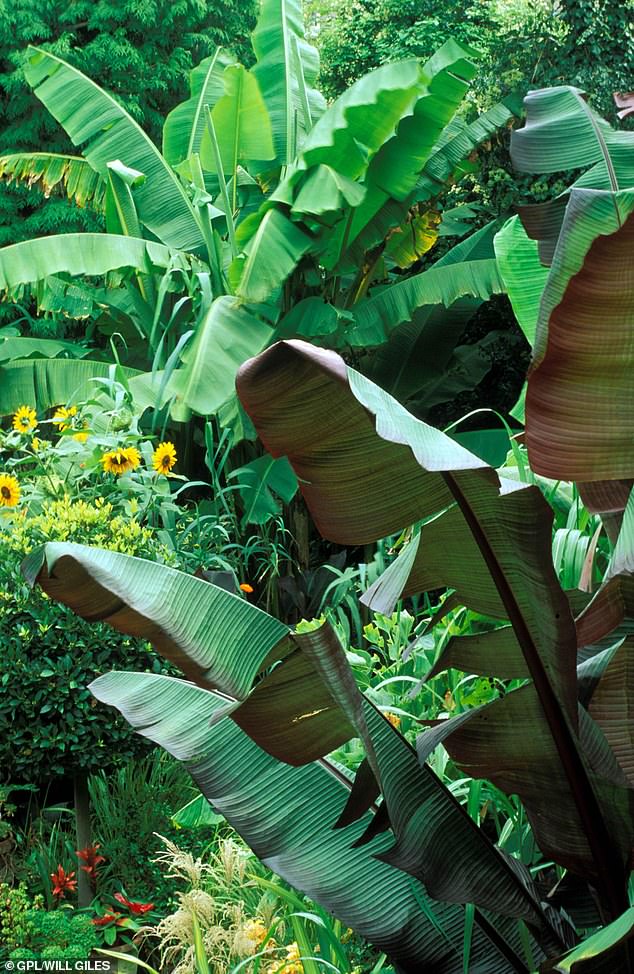 THIS WEEK’S JOB: CUT BACK LAVENDER

Prune lavender as soon as flowering is finished to keep it bushy and looking good, and to allow any subsequent growth time to harden off before winter. Cut back hard but leave a little of this year’s new growth because sometimes lavender will not regrow from old wood. Q My rhubarb plant has produced short stems for the past two years. Please can you help? 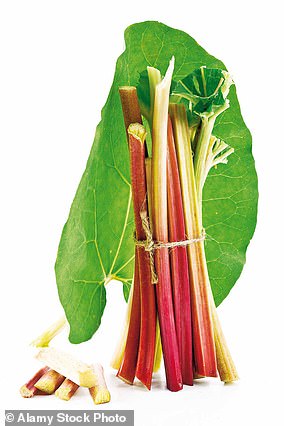 A Lots of food and drink is the answer. Try digging up your plant and adding plenty of manure to the site before replanting; then mulch very thickly with compost each autumn after the leaves have died back. Give it a weekly soak unless the weather is very wet.

A The problem is likely to be a lack of pollination. Unpollinated flowers will develop small fruits, which fall and never mature. Some plum trees, like ‘Czar’ and ‘Victoria’, are self-fertile but most need another variety to cross-pollinate them. You also need bees to do the pollinating.

Q I have five hydrangeas of various colours growing in pots. How do I maintain those natural hues?

A Acidic soil will produce blue flowers, while alkaline soil is more likely to result in pink blooms. Shade will also make colours less intense. In addition, cream or white hydrangeas will take on a pink tinge towards the end of their flowering season. 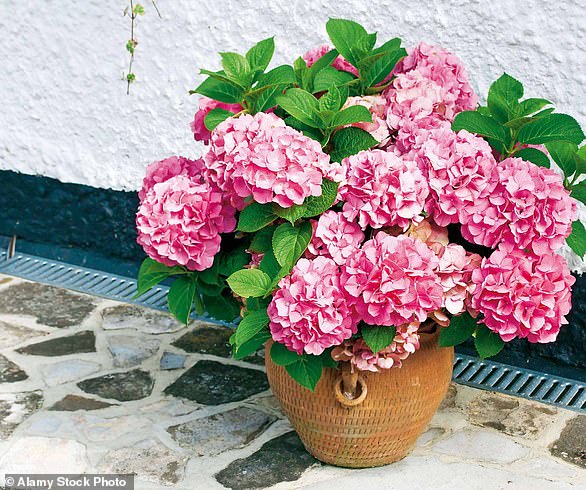