Barry Lopez, a lyrical writer who steeped himself in Arctic wildernesses, the habitats of wolves and exotic landscapes around the world for award-winning books that explored the kinship of nature and human culture, died on Friday while at his home in Eugene, Ore. He was 75.

His wife, Debra Gwartney, confirmed his death on Saturday and said Mr. Lopez had had prostate cancer. She said the family had been living in a temporary home in Eugene since September after their longtime riverfront home in McKenzie, Ore., was consumed by a wildfire.

In a half-century of travel to 80 countries that generated nearly a score of nonfiction and fiction works, including volumes of essays and short stories, Mr. Lopez embraced landscapes and literature with humanitarian, environmental and spiritual sensibilities that some critics likened to those of Thoreau and John Muir.

He won the National Book Award (nonfiction) for “Arctic Dreams” (1986), a treatise on his five years with Inuit people and solitude in a land of bitter cold and endless expanses, where he found that howling storms could craft mirages — a hunter stalking a grizzly bear that, as he approaches, turns into a marmot, or a polar bear that grows wings and flies away: only a snowy owl.

“It treats the distant snowy world of the Arctic as a place that exists not only in the mathematics of geography, but also in the terra incognita of our imaginations,” Michiko Kakutani said in a review of “Arctic Dreams” in The New York Times. “For Mr. Lopez, it is a land where ‘airplanes track icebergs the size of Cleveland and polar bears fly down out of the stars,’ a land rich in imagery and metaphor.”

In the Canadian Arctic, Mr. Lopez was once engulfed in a blizzard of such intensity that it turned into a mystical experience: Three-dimensional space seemed to vanish all around him. He explained the science of it as a trick of light, but described the phenomenon and its deeper meaning in rhapsodic prose.

“There are no shadows,” he wrote. “Space has no depth. There is no horizon. The bottom of the world disappears. On foot, you stumble about in missed stair-step fashion. It is precisely because the regimes of light and time in the Arctic are so different that this landscape is able to expose in startling ways the complacency of our thoughts about land in general.” 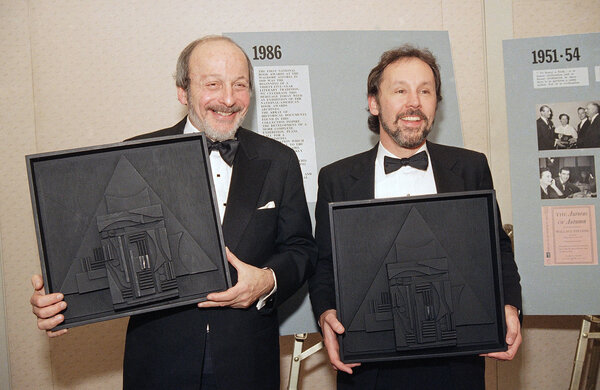 Raised and educated in Roman Catholic traditions, Mr. Lopez as a young man considered vocations as a priest or a Trappist monk. But, deciding to be a writer, he drifted away from the church, as he explained in an interview for this obituary, and starting in the late 1960s adopted a deep reverence for nature and its effect upon humanity.

“I can tell you in two words,” he said when asked about his motives for writing. “To help. I am a traditional storyteller. This activity is not about yourself. It’s about culture, and your job is to help.”

The Guardian put it this way in 2005: “Throughout his writings, Lopez returns to the idea that natural landscapes are capable of bestowing a grace upon those who pass through them. Certain landscape forms, in his vision, possess a spiritual correspondence. The stern curve of a mountain slope, a nest of wet stones on a beach, the bent trunk of a windblown tree: These abstract shapes can call out in us a goodness we might not have known we possessed.”

After a trip to Alaska to research wolves for a magazine assignment in 1976, Mr. Lopez devoted two years to a study of the history, lore, habitats and literature of wolves, reviled in myths as evil and hunted since the Dark Ages as bloodthirsty beasts. He interviewed scientists, trappers and native people in the American and Canadian Northwest. He even raised a wolf pup.

His book “Of Wolves and Men” (1978) was a National Book Award finalist and won the John Burroughs Medal and the Christopher Award. A history of man’s relationship with wolves, it separated fact from fiction in what critics called a cleareyed evaluation of a creature that has been superstitiously scapegoated and historically slaughtered nearly to extinction in regions of Europe and North America.

“In coming to terms with the difference between what we know and what we imagine about the wolf, Lopez has shed light on some painful truths about the human experience,” Whitley Strieber said in a review for The Washington Post. “By laying no blame while facing the tragedy for what it is, he has made what we have done to the wolf a source of new knowledge about man.”

Mr. Lopez’s fiction, a shelf of novels and short stories, reflected his humanist convictions, a blend of adventure, intimacy, ethics and identity. In “Crow and Weasel” (1990), a fable of long ago, “when people and animals spoke the same language,” two youngsters leave their plains tribe and come of age facing perils in the wilderness on a quest for wisdom.

“Light Action in the Caribbean” (2000) was a diverse collection of short stories bound by Mr. Lopez’s belief in the redemptive values of self-respect. In “Emory Bear Hands’ Birds,” an imprisoned Native American storyteller uses magic realism to evoke hope in fellow inmates. In the title story, a young woman gives a smug, materialistic yuppie his comeuppance in a Caribbean vacation paradise:

“The first bullet tore through his left triceps, the second, third, fourth and fifth hit nothing, the sixth perforated his spleen, the seventh and eighth hit nothing, the ninth hit the console, sending electrical sparks up, the tenth went through his right palm, the next four went into the air, the fifteenth tore his left ear away, the sixteenth ricocheted off the sixth cervical vertebra and drove down through his heart, exiting through his abdomen and lodging in his foot.”

Barry Lopez was born Barry Holstun Brennan in Port Chester, N.Y., on Jan. 6, 1945, the older of two sons of John Brennan and Mary Frances (Holstun) Brennan, who lived in Mamaroneck, N.Y., and worked in advertising. Barry’s brother, Dennis, was born in 1948, and the family moved to Reseda, Calif., then a semirural section of Los Angeles in the San Fernando Valley.

After a divorce in 1950, Mary Brennan taught home economics in high schools and a junior college. In 1955 she married Adrian Bernard Lopez, a businessman who adopted her sons. They both took the Lopez surname.

Barry’s mother encouraged his love of nature with trips to the Mojave Desert and the Grand Canyon. He attended a Roman Catholic grade school in the nearby Encino neighborhood.

When Barry was 11, the family moved to Manhattan, where he attended the Loyola School, a Jesuit institution, and was senior class president, graduating in 1962. He considered the priesthood but enrolled in the University of Notre Dame, where he earned a bachelor’s degree in communications in 1966 and a master’s in teaching in 1968. He also spent a month at a monastery in Kentucky but decided that a monastic life would be “too easy,” he told The Times.

In 1967, he married Sandra Jean Landers. They were divorced in 1998. In 2007, he married Debra Arleen Gwartney, who had four daughters: Amanda, Stephanie and Mary Woodruff and Mollie Harger; and a half brother, John Brennan, all of whom survive. His brother, Dennis, died in 2017.

Mr. Lopez lived in Finn Rock, Ore. He was a contributing editor at Harper’s Magazine and wrote for many national publications. He taught at Columbia University, Eastern Washington University, the University of Iowa, Carleton College in Minnesota and Texas Tech University, where his works are archived.

His essay collection “About This Life: Journeys on the Threshold of Memory” (1998) explored landscapes around the world and in the mind.

“Lopez takes readers not only out of themselves to another place, but into themselves as well,” Sara Wheeler wrote in The Times. “He is much attracted to the rift that has opened between human society and nature, and, more specifically, to the theory that art can close it. He believes in the community of artists.”