CLARE FOGES: Why do Girl Guides need to celebrate asexuality?!

I promise that I will do my best, to do my duty to God, to serve the Queen and help other people, and to keep the Guide Law.

I remember, word for word, the pledge I made 30 years ago in a draughty village hall, hand held up in a three-fingered salute, eyes moist at the solemnity of it all (I was ten).

I was a pretty poor Guide — at camp I was so scared of spiders invading tents that my mum would whisk me home before dropping me back off in the morning. For this the swines denied me my camp skills badge. 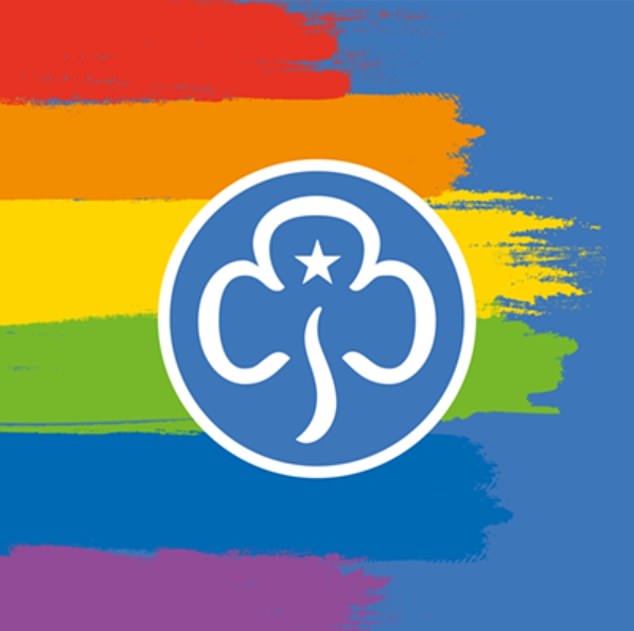 Clare Foges questions why Girlguiding is introducing adult concepts to an audience of children, after the organisation tweeted to raise awareness of the asexual community

Oh, but they were fun times. Once a man from St John Ambulance came along with his dummy Rita to show us how to perform CPR. When he performed mouth-to-mouth on Rita, we were beside ourselves with giggles at this emergency French kiss.

Afterwards, a fellow Guide whispered that the first-aider was a ‘pervert’. I nodded grimly, without a clue as to what she meant.

Such innocence! Guides was a place without the dark shadow of adult things falling across our play. That was a gift — so I’m sad that this might be changing.

Last week, Girlguiding tweeted: ‘This week is Ace Week — a time to raise awareness and understanding of the asexual community. So here’s a shout out to all of our asexual volunteers and members.’

Reading this, one word comes to mind: Why?

Why does Girlguiding have to climb on the latest woke bandwagon? Why does it have to introduce adult concepts to an audience of children? Why do Guide leaders’ sex lives — or lack of them — matter to a bunch of ten-year-old girls?

In response to the ensuing mini furore, Girlguiding’s chief executive Angela Salt said it was part of a ‘diversity and inclusion strategic plan to make Girlguiding a place where everyone feels welcomed’. Forgive me while I roll my eyes to Heaven.

Few would argue with the need to make girls feel welcome whatever their race or religion, but you don’t need to be Mary Whitehouse to believe that issues to do with sexuality or asexuality should have nothing to do with a children’s organisation.

Pre-pubescent girls might start to wonder if their perfectly normal absence of desire means that they are asexual, too. 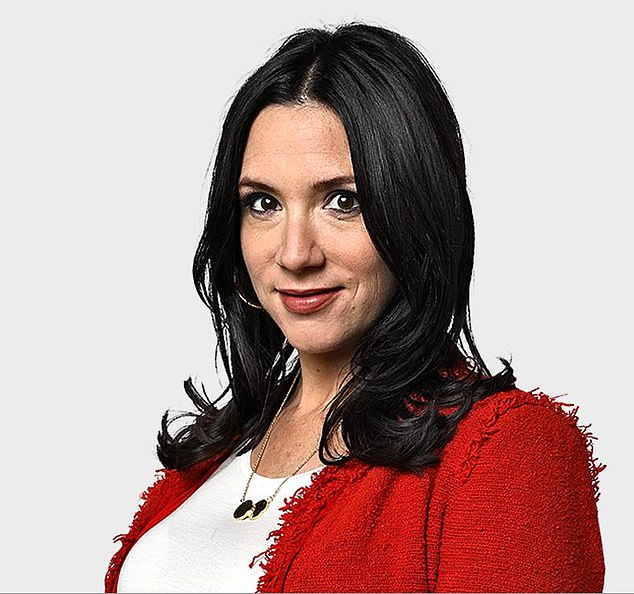 Girlguiding has dipped its toes into woke waters before. A few years ago, it said that boys who identify as female (but who are still physically male) should be allowed to join trips, sharing sleeping and washing facilities with girls.

It also made its badges ‘more relevant to girls’ lives’. So instead of boring old bird- watching they can now get badges such as ‘my rights’.

When I was little, the line between childhood and adulthood was clearly drawn. The more it is blurred, the more young people’s health and happiness suffers.

While it is important for them to be educated, it is important, too, that there are bastions of innocence, ‘safe spaces’ (to use the modern lingo) in which they don’t need to worry about their looks, their sexuality, their gender, their identity.

Girlguiding must resist the urge to capitulate to wokedom and instead give them this time to lark about and be silly. The innocence of childhood is a gift that is only given once — we must fight hard to protect it. 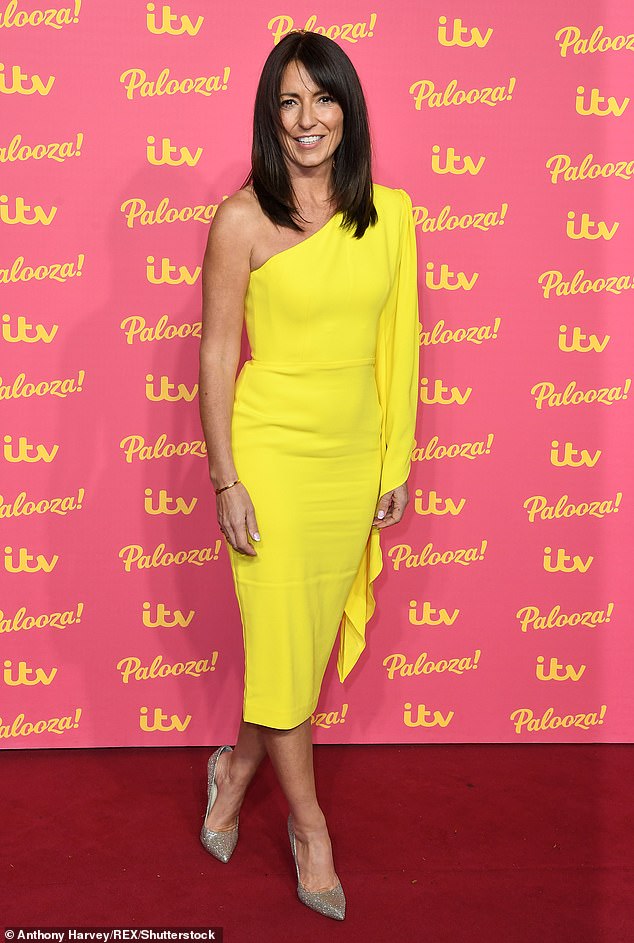 This year, I turned 40. I’ve been trying to be positive about ageing — it’s better than the alternative, after all — but the focus on the perils of the menopause scares me witless. Though it’s brave of people such as Davina McCall and Jo Whiley to speak out about how difficult it has been, it’s also terrifying.

I can see brain fog, hot flushes and anxiety hurtling down the track. Last week, Kirstie Allsopp tweeted: ‘I’ve yet to find any positive in ageing… I refuse to pretend to younger people that this is fun.’ Eek!

It is enough to make me want to climb under the duvet for the next 40 years. Though I am glad talking about menopause is no longer taboo, it would be good to hear more about the silver linings that come with it. A greater ability to speak one’s mind, perhaps? Less worry about what others think? Freedom from the roller coaster of the monthly cycle? Or at least being offered a seat on the bus more often? Until that time, I’m putting my faith in Brigitte Bardot’s motto: ‘It’s sad to grow old but nice to ripen.’

The decision by the late Dame Diana Rigg to leave her nail technician £5,000 in her will has raised some eyebrows, but it makes perfect sense to me.

Nail salons have become the new confessional. While once you might have confided in your parish priest, or your hairdresser, now it’s the lady applying your fortnightly coat of Coral Sunset.

Dame Diana felt that polished nails matter and I get it. Having pretty hands can make me feel put together like nothing else.

A small survey of my friends confirms the power of the manicure: one says she cannot bear to look at her ‘man hands’ without polish on, another describes her semi-permanent red talons as ‘armour’.

Happiness comes from within, goes the old saying, but as superficial as it may sound, there’s a certain kind of happiness that starts from the outside, too — care of a fresh coat of nail varnish. 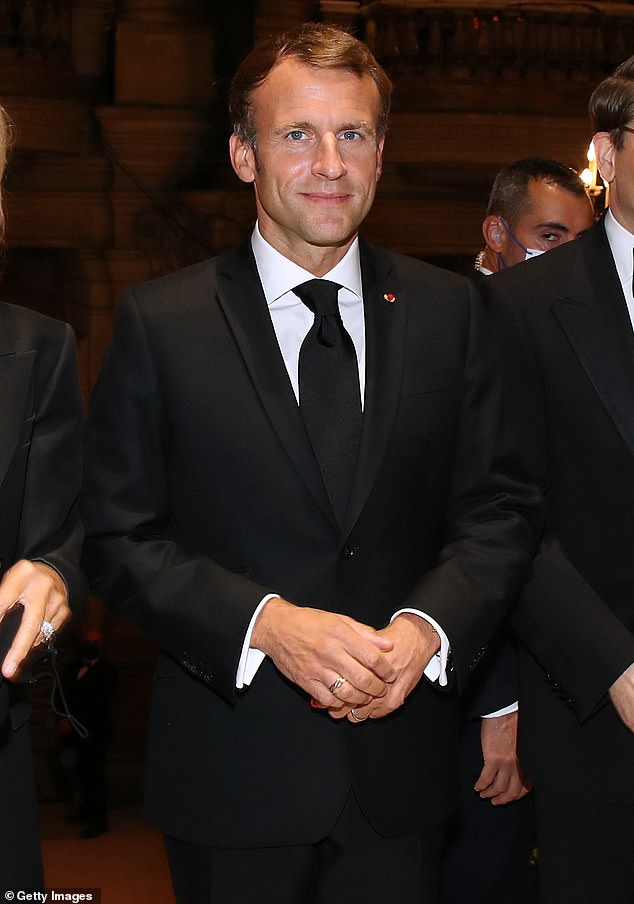 Look, my keen interest in coverage of the climate-change conference is entirely to do with the future of the planet. It has nothing — I repeat, nothing — to do with a desire to catch glimpses of Emmanuel Macron.

Can I be the only one who starts hearing the chords of Je T’aime…Moi Non Plus on seeing the French president? He is my secret crush: clever, powerful, good-looking in that Gallic gap-toothed way.

Above all, though, what makes Macron attractive is his evident respect and love for his wife Brigitte; the way he gazes at her adoringly and consults her on weighty matters. He is a gentleman, and few of us can resist that.

I know that, in the context of our current spat with the French about fishing, this may amount to treason, but — sacre bleu! — I can’t help it. 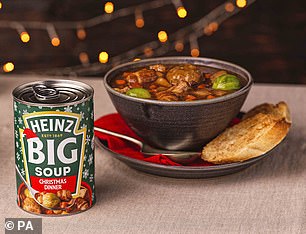 It looks like something you may see splattered atop a pavement during the festive party season, but I can imagine it is delicious with a glass of fizz.

As the laziest cook, I am keen to know what’s next in the range. Easter roast lamb in a can? Valentine’s dinner in a tin?

Alas, I can’t get hold of this Christmas miracle —those clever people at baked beans central have only done a limited run of 500 tins, ensuring that it will soon be selling on eBay for the price of a one-bedroom flat in Doncaster.

Oh well, another year of Pret Christmas sandwiches it is then.