Congressman Mo Brooks said he slept on his office floor for four days in fear of an impending attack.

A group of GOP politicians have baselessly blamed the Capitol siege on antifa.

On Wednesday, the ransack of the “American people’s house” by a mob of Trump supporters resulted in property damage, federal workers scrambling for safety and the fatal shooting of a female rioter. It has been reported three others died as well due to the attack.

How President Trump's Celebrity Supporters Are Reacting to Violence at U.S. Capitol

Following the riot, Republican officials such as Rep. Matt Gaetz of Florida, Rep. Paul A. Gosar of Arizona and Rep. Mo Brooks of Alabama suggested members of the antifa group were responsible for it.

“Some of the people who breached the Capitol today were not Trump supporters,” Gaetz claimed on the House floor hours after the attack. “They were masquerading as Trump supporters and, in fact, were members of the violent terrorist group antifa.”

The claim was met with audible boos, as there is no evidence of the group being involved with the violent insurgence.

However, that didn’t stop Gosar from tweeting, “This has all the hallmarks of Antifa provocation.”

Later, Brooks shared a series of posts arguing antifa was involved as well, writing, “Please, don’t be like #FakeNewsMedia, don’t rush to judgment on assault on Capitol. Wait for investigation. All may not be (and likely is not) what appears. Evidence growing that fascist ANTIFA orchestrated Capitol attack with clever mob control tactics.”

In follow-up tweets, he laid out his “evidence” in four parts.

“1. A Congressman warned me on MONDAY of a growing ANTIFA threat & advised that I sleep in my office rather than leaving Capitol complex & sleeping in my condo. I heeded that advice & have slept on office floor for 4 straight nights.”

“2. Congressman told me he was warned on TUESDAY by Capitol Police officer that intelligence suggested fascist ANTIFA was going to try to infiltrate the Trump rally by dressing like Trump supporters.”

“3. Capitol Police advised TUESDAY that it best not to leave Capitol complex.”

“4. Evidence, much public, surfacing that many Capitol assaulters were fascist ANTIFAs, not Trump supporters.” 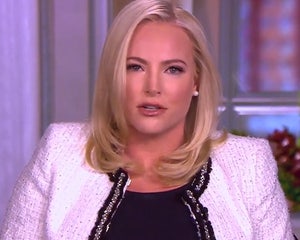 Meghan McCain Condemns 'Scum of the Earth' Rioters, Calls for Trump's Removal on The View

He ended his tweet storm by asking his followers once again not to “rush to judgement.”

“Don’t be fooled by #FakeNewsMedia whose political judgment drives their reporting. My view: fully prosecute all!”

One of the main sources of the antifa conspiracy theory was an article from The Washington Times, which claimed a little known facial recognition company called XRVision had identified two individuals involved in the riot as members of the supposed group.

However, the men have since been linked to pro-Trump and far-right groups, according to Mashable. 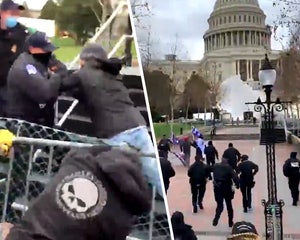 Celebrities
Rusch will continue to lead the agency’s comedy department, a position she has held since 2019 Courtesy of CAA Creative...
Lifestyle
Duran Duran is celebrating its four decades of music this year — the band’s self-titled debut was released in 1981...
TV & Movies
Our musings that TV's Piers Morgan would do a better job than Bozo as PM caused a bit of a...
World News
A family of four has been found dead in their Pennsylvania home, and authorities believe that their deaths were the...
Beauty
When you want to get a workout in but you don't have much gear or time at hand, it helps...
Fashion
CLEANING fans are going wild for Mrs Hinch’s new homeware range in her signature style, and you guessed it -...
Recent Posts
We and our partners use cookies on this site to improve our service, perform analytics, personalize advertising, measure advertising performance, and remember website preferences.Ok