'The Suicide Squad': James Gunn Had Freedom to Kill Anyone, Praises One Aspect of David Ayer's Movie

At midnight on December 31, the Australian movie business will magically transform. Roadshow, for decades the country's largest distributor with about 25 per cent of the box office, will suddenly shrink to about a quarter of its size.

The reason? On September 21, listed parent company Village Roadshow Limited (VRL) informed the ASX that its long-running agreement to act as the local distributor of Warner Bros titles was coming to an end. From January 1, 2021, Universal would handle Warners titles in this territory.

But what this actually means for Village Roadshow, which is in the midst of a potential sale to Australian private equity firm BGH Capital, is far less certain. 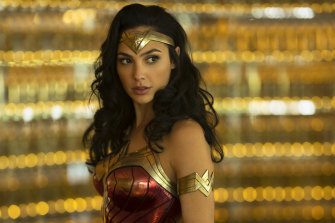 The Warner Bros move to Universal brings to an end a partnership that dates back to 1971, and which allowed Roadshow to build and maintain its place as a major force in the movie business, both in Australia and abroad.

The Warner Bros films typically constitute about one-third of Roadshow's annual distribution slate, but make up the bulk of its revenue. They have created a bedrock of financial stability that has allowed Roadshow to also distribute a wide range of Australian and independent films, which are inherently more risky propositions than major Hollywood studio fare.

In the 2019 financial year — the last full year before COVID turned the industry on its head — Roadshow released 43 films in Australia, 18 of them Warner Bros titles. The 25 Roadshow titles grossed $44.3 million; the 18 Warners films took $236.6 million. In other words, 84 per cent of revenue came from the Warners slate.

In the viciously interrupted year to June 30, 2020, Roadshow released 46 films, 16 of them Warner Bros titles. Non-Warner titles performed better, accounting for 70 per cent of the $143.8 million gross. But that includes Joker, a Warner Bros film that was classified as a non-WB title because Roadshow Pictures was one of its financial backers. Put Joker in the Warner Bros pack and the WB share is 59 per cent.

Yet in announcing the end of the deal to the ASX, Village Roadshow claimed that, after "allowing for overheads … VRL does not anticipate that any material impairment or write down of assets will arise as a result of the expiry".

That is probably best explained by the arcana of movie business accounting.

Box office gross figures merely capture the value of tickets sold; the distributor's cut varies wildly, from film to film, even from week to week for a single film (they get more early in the run, less later).

Industry sources who spoke on the condition of anonymity suggest the distributor share of a Warner Bros film such as the recently released Tenet or the upcoming Wonder Woman: 1984 (a film that will still be on Roadshow's slate if the release date of December 26 remains unchanged) would likely average about 45 per cent of the gross across its first-run theatrical life. 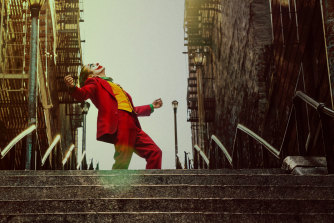 But very little of that stays with Roadshow; most of it flows to Warner Bros head office in Burbank, California. As Warners' local agent, Roadshow would likely keep between 7 and 10 per cent of the 45 per cent cut; its take from that $236.6 million in FY 2019 would be far more modest, somewhere beteen $7.5 million and $10.6 million. (These are informed guesstimates; Village Roadshow, Universal and Warner Bros all declined requests for an interview on the matter.)

According to the most recent annual report, VRL made $269.5 million in licensing and distribution revenue in 2019 ($186.8 million in COVID-affected 2020), which includes DVD and digital sales, plus sales to television and other exhibition avenues.

The pandemic has obviously had an impact, but distribution may not be the gold mine it may seem. In fact, VRL seems to think the seam has been all but tapped out.

In its annual report the company notes that as a result of declining markets and "underperformance" of certain titles, it had reduced its film distribution division's "carrying value of goodwill to nil".

Roadshow has always called itself an "independent" distributor because it was not owned by Hollywood, it merely did business with the studios (including, until 1998, Disney).

Whatever the true value of distributing Warner Bros titles (including those mysterious and undoubtedly generous overheads), Roadshow will now have to fully embrace its role as an independent, albeit a large one. What that ultimately means for the local movie business remains to be seen.

Notably, in its attack on BGH’s bid because of the “absurd”, “rock-bottom” value it placed on VRL Mittleman Brothers made no mention of the Warner Bros decision. Its focus was on those aspects of the business — theme parks, cinemas, production — that are likely to see substantial growth once the pandemic crisis passes.

Celebrities
Avengers star Chris Evans knows how to get his fans’ pulses racing, as he shared one of the most adorable...
Lifestyle
https://www.instagram.com/p/CGxZqtjsKKs/ Russell Wilson is forever grateful for his birthday “queen,” wife Ciara. On Sunday, the Seattle Seahawks quarterback, 31, posted...
TV & Movies
Big Brother All-Stars 2 is down to its final three, and those cast members are trying to predict who the...
World News
Opposition parties are poised to approve a parliamentary probe of the Trudeau government’s handling of the COVID-19 pandemic despite growing...
Beauty
Tia Mowry has a brand new do’! The brunette actress debuted a blonde hair makeover in a new selfie on...
Fashion
1995 was a vastly different time, both in the worlds of sports and sneakers. The high-flying Shawn Kemp and his...
Recent Posts
We and our partners use cookies on this site to improve our service, perform analytics, personalize advertising, measure advertising performance, and remember website preferences.Ok