Britain is proud to be a gateway to the world. From pole to pole, and from the Occident to the Orient, we are a vibrant hub not only for foreign tourism but also crucial international commerce.

But with its damaging, misconceived quarantine policy the Government has hung a ‘Closed’ sign on the door.

Padlocking us from the planet is a ridiculous and egregious act of self-harm.

Draconian restrictions might have made sense at the start of the pandemic, when the virus tore across Europe and millions of travellers breezed into the UK without even taking a temperature test.

Now, making incoming passengers from a relentlessly changing list of destinations declared coronavirus hotspots (including the US, our most important trading partner) spend a fortnight effectively under house arrest is wreaking havoc. Only a masochist would do so! 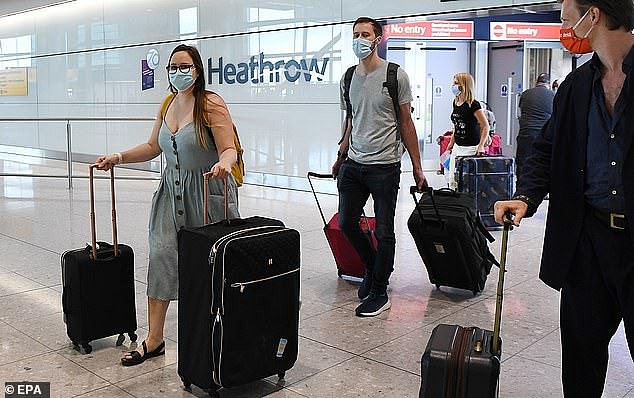 Even for an administration accruing an unhappy reputation for policy- making on the hoof, it is head- scratchingly ill-judged.

Take our lucrative tourism sector. It contributes £106billion to the economy and supports 2.6million jobs.

But without visitors spending lavishly as they enjoy our stately homes, museums, restaurants and pubs, firms will go bust and there will be a tsunami of job losses. London’s world-famous West End is a virtual ghost town. Were this a stage show, the Government would be presiding over both a tragedy and a farce.

On the carnage goes. The self-isolation rule hammers another nail into the coffin of our profitable airlines industry as fewer people fly. Bosses accuse ministers of ‘overseeing the demise of UK aviation’. A damning charge, but few would disagree.

And that has a deleterious effect on the Square Mile – the economy’s engine room – and Britain’s world-leading aerospace firms, the jewels in our industrial crown, which teeter on the brink of collapse.

Meanwhile, for ordinary families trying to escape the Covid gloom, quarantine has turned summer holidays into an expensive game of roulette.

Those returning from areas with restrictions suddenly imposed must stay away from work for two weeks – often unpaid.

The policy’s foolishness is glaring. Yesterday it emerged that all passengers entering Scotland and Wales from Portugal must quarantine for 14 days. But those flying into England from Portugal don’t have to. What a dog’s dinner. 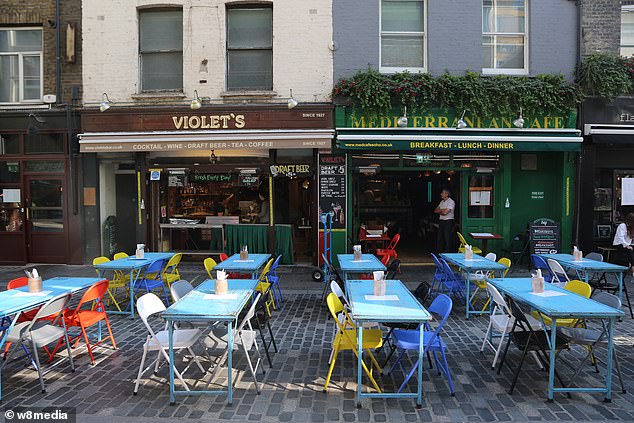 Without visitors spending lavishly as they enjoy our stately homes, museums, restaurants and pubs (pictured, an empty row of eateries in the West End), firms will go bust and there will be a tsunami of job losses

As an island trading nation with a global outlook, Britain can only flourish by keeping its skies open.

By closing air corridors, the UK is putting itself at a competitive disadvantage – especially with Europe reopening for business. If they remain shut, the economy will wither – denying us the finances to guarantee our security and invest in public services.

So today the Mail launches a campaign demanding an end to this shameful debacle. We implore Downing Street: Let’s Get Britain Open For Business. Of course, everyone can understand ministers’ anxiety to avoid importing coronavirus cases. It would be folly to allow those returning from hotspots to roam Britain freely.

There is, though, no evidence of an imminent second wave. Despite local spikes, hospitalisations and deaths are falling both here and across Europe.

If Boris Johnson is serious about repairing our shattered economy, he must ditch the sledgehammer of quarantine and replace it with a nimbler system of testing at airports – as already happens in 30 other countries.

Two swabs – one on arrival, then a second after a short period of isolation – would pick up the vast majority of cases, say scientists. If negative, tourists and businessmen and women could carry on as normal. A Covid detection facility has been set up at Heathrow airport. But scandalously, ministers are refusing to give the green light.

The reason for this inertia? A distasteful turf war between squabbling Whitehall departments.

Such childish feuding is unseemly at the best of times. With Britain facing economic annihilation, it is a disgraceful dereliction of duty. Not only is it a shocking sign of dysfunctionality at the heart of this Government, it is a damning indication of a leadership vacuum. 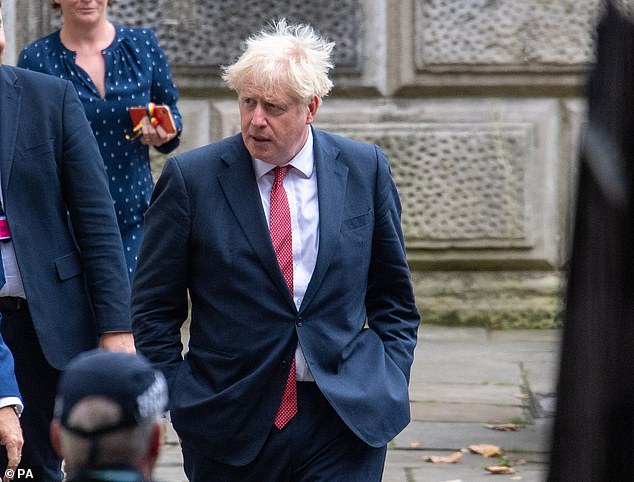 Boris Johnson, so inspiring as Mayor of London and during the general election campaign, must raise his game

Brexit was supposed to herald a dawn of sovereignty, free from the shackles of the EU. Instead, we risk becoming a solo example of leaden incompetence.

Mr Johnson, so inspiring as Mayor of London and during the general election campaign, must raise his game.

It is vital he shows the world that Britain is safe and open for trade.

While too early to open the champagne, there are encouraging signs the economy is on course for a V-shaped recovery.

With lockdown lifted, retail sales have rebounded almost to pre-pandemic levels. The housing market has roared into life. The financial sector is bouncing back.

Of course, a bleak winter lies ahead. At conservative estimates, unemployment will top 2.5million next year as once viable firms cut costs or go to the wall.

Still, beyond that grim outlook, imagine how much healthier those economic green shoots would look if Britain were fully open for business.

Until we throw open our doors, it’s no exaggeration to say Britain is sleepwalking to disaster. The Prime Minister must wake up – urgently.