“Originally, we did not plan on having children together,” the real estate agent, 34, exclusively told Us Weekly on the red carpet at the 2022 MTV Movie & TV Awards Unscripted, which aired on Sunday, June 5. “We have two beautiful kids. I love Taylor and Brayden so much, but you fall more and more in love.”

Heather is stepmom to Tarek’s daughter Taylor, 11, and son Brayden, 6, whom he shares with with ex-wife Christina Hall (née Haack). The Flip or Flop stars were married for seven years before their 2016 split, and their divorce was finalized in 2018. Tarek moved on with Heather when they started dating in 2019, eventually tying the knot in October 2021.

“I saw him as a dad and he’s the most incredible father,” Heather gushed to Us at the Thursday, June 2, taping in Los Angeles. The HGTV alum, 40, bashfully thanked his wife for her praise. 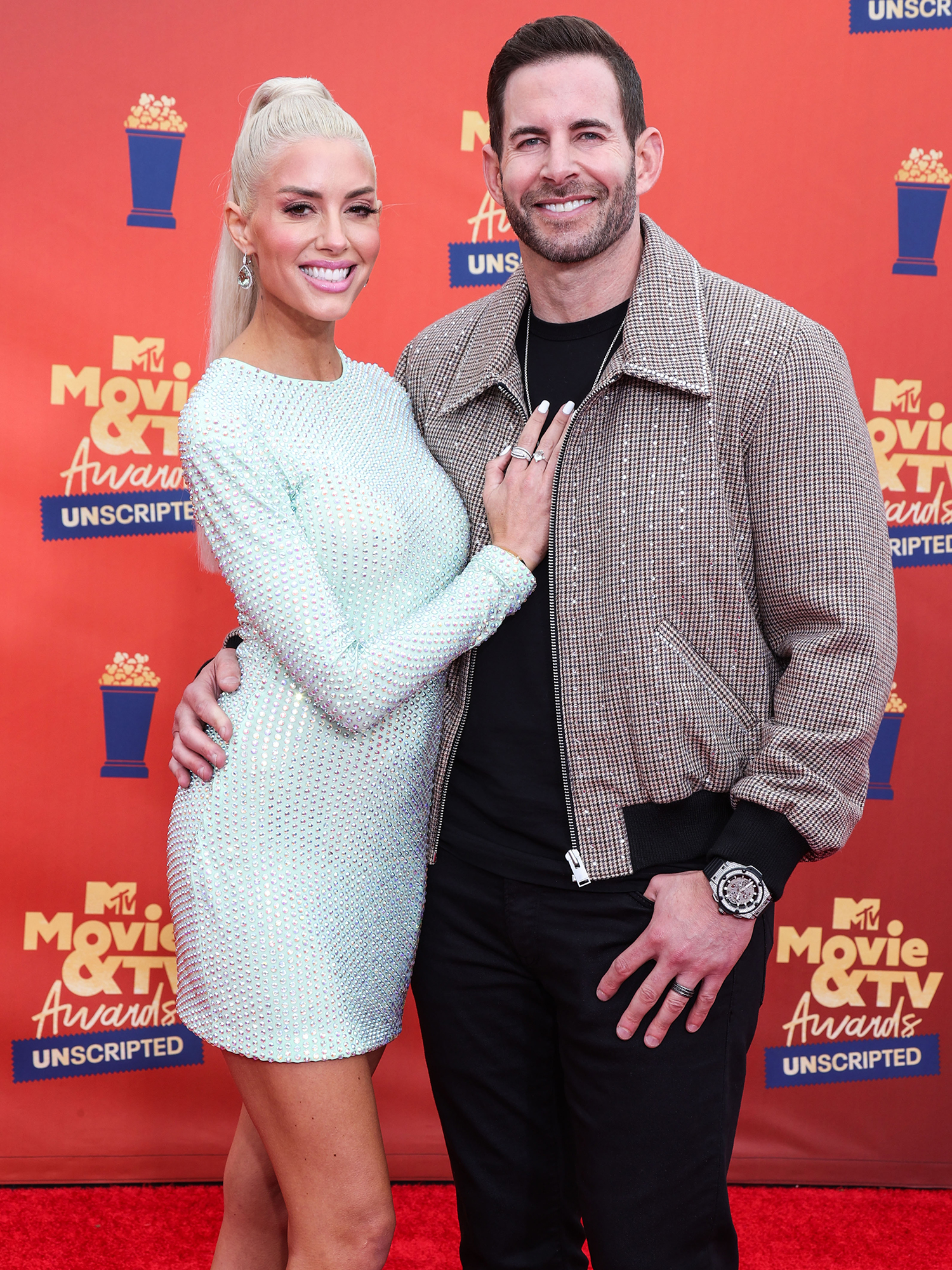 The Netflix reality star continued, “He’s so devoted to them, so devoted to me, and I couldn’t imagine not having a baby with him.”

Heather’s praise comes after a heated soccer field confrontation between her and the Christina on the Coast star, 38. In photos published by the Daily Mail last month, Tarek was seen pulling his wife away from his former spouse at a children’s sporting event. In another set of pictures, the Tarek’s Big Flip host appeared to be separated from Christina’s husband, Joshua Hall, with the assistance of a soccer coach.

“There’s been tension between Christina and Heather for quite some time now,” a source exclusively told Us at the time. “They usually remain distant from each other.”

However, the coparents prefer to keep their difficulties private. “Both couples are hoping to put this incident behind them and move forward,” another insider added. “Everyone’s embarrassed by what happened.”

After the soccer game argument made headlines, both couples wanted to show that the children are their first priority. Tarek and Heather posed for a photo with Christina and Josh, 41, and Taylor was in the center of the snap. “Co-parenting 101. Kids come first,” Haack wrote via Instagram days after the incident. “Taylor’s open house. Next, on to middle school she goes. Brayden is recovering well and we are all grateful 🤍. It has been a very rough few weeks, ready for some peace 🙏.”

There may soon be more children to put first. “We’re still planning on having a baby in the very near future, you never know!” Heather told Us on the MTV Movie & TV Awards Unscripted red carpet, where she and her hubby packed on the PDA. They shared several sweet smooches before Selling Sunset picked up the golden popcorn for Best Docu-Reality Series.

Previously, the former actress opened up about her fertility struggles and IVF treatments. The realtors decided to “pause” their attempts to have a baby earlier this year.

“We were planning on implanting this summer, and it is already May and the summer is around the corner,” Heather explained to Us last month, attributing the decision to a series of “health issues,” including the former Playboy model’s recent vocal cord surgery and broken foot.

“I just didn’t feel like I wanted to put my body through anything else, and so we decided to push it off a few months,” Heather said.

With reporting by Nate Grant