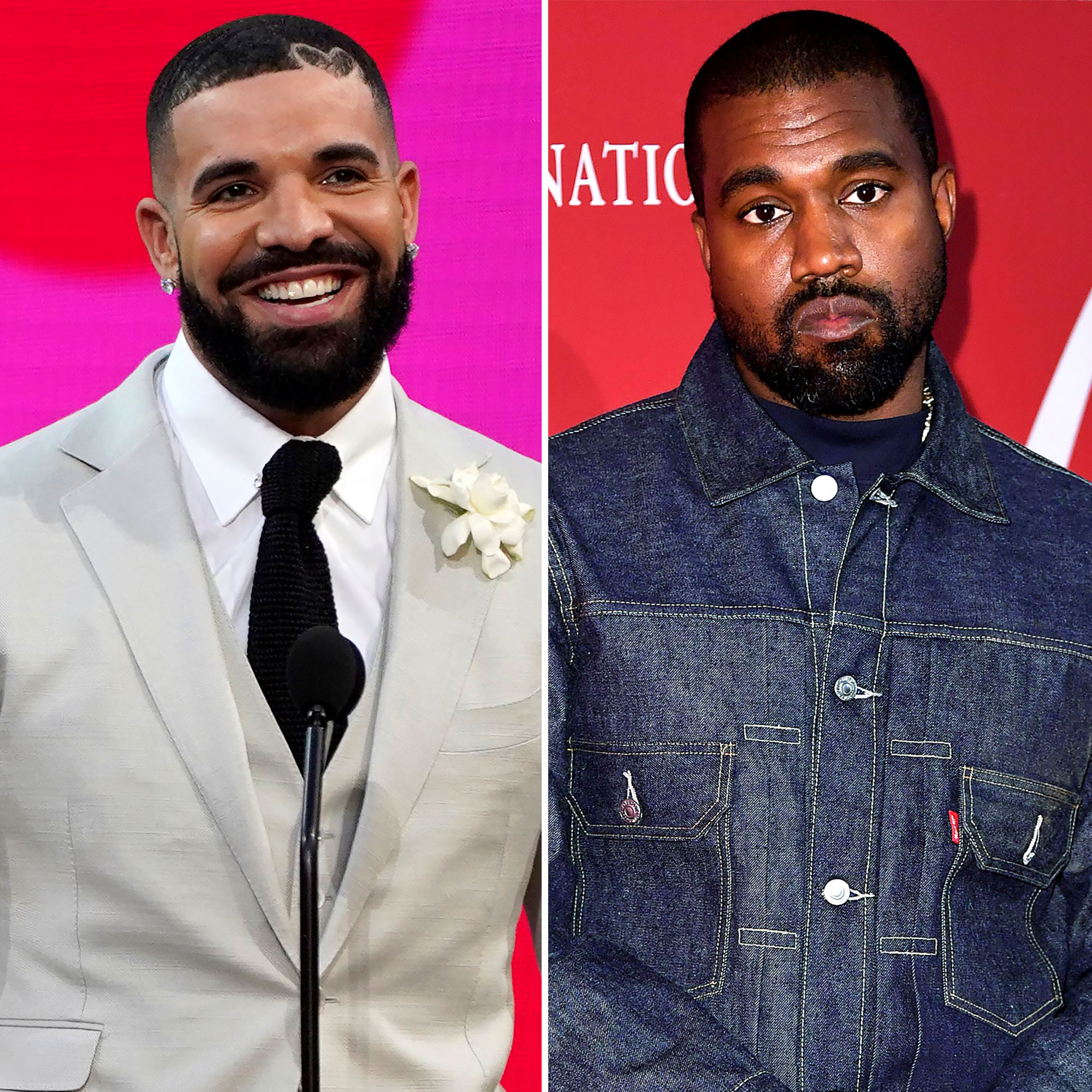 Shade detected. After teasing his Certified Lover Boy album on social media earlier this week, Drake dropped the highly anticipated LP on Friday, September 3, and it appeared as though Kanye West was called out in one of the new songs.

Kanye West vs Drake Feud: Everything to Know

While the Degrassi alum, 34, didn’t mention the Yeezy designer, 44, by name, a few choice lyrics on “7am On Bridle Path” seemingly tossed shade his way, with Drake mentioning a rapper who’s also a designer.

“Told you I’m aimin’ straight for the head / Not aiming to please,” he rapped on the track. “I can give a f—k about who designing your sneakers and tees / Have somebody put you on a Gildan and you play with my seed.”

‘Degrassi: The Next Generation’ OGs: Where Are They Now?

Drake continued in the song: “Trust me, there’s some s—t you really gotta come and see to believe / That’s why your people not believers, they all leavin’ ya / That’s why you buyin’ into the hype that the press feedin’ ya / You know the fourth level of jealousy is called ‘Media’ / Isn’t that an ironic revelation? Get that address to your driver, make it your destination / ‘Stead of just a post out of desperation.”

While neither Drake nor West have publicly addressed the song, fans are certain it was a major diss, with one listener even tweeting, “Drake and Kanye are deadass doing a music industry Avengers Civil War.”

Another Twitter user wrote, “Drake buried Kanye on ‘7am On Bridle Path’ Jesus…………… When you start rapping like that.”

On West’s “Pure Souls” track, the lyric, “It’s gotta be God’s plan / Man, I swear these boys keep playin’ / We gon’ have to square up then,” teased the bad blood between the rappers.

Ahead of the CLB release, West’s manager allegedly told TMZ that the “Gold Digger” crooner would be “listening closely” to the album for any references to him, and a “war” would be ignited if Drake “crossed the line” through his bars.

While the two artists were once close friends and almost collaborators, their bond faded by May 2018 when Pusha-T called out the “God’s Plan” musician on his “Infrared” track, which was produced by West.

Over the years, the pair have continued to go toe-to-toe, calling each other out in new rhymes and via social media.

Drake even claimed that West first leaked the news that the “One Dance” performer had fathered a child — son Adonis, now 3, with Sophie Brussaux — which further contributed to their feud.

“I tell him I’m having trouble with my son’s mother. We had a conversation,” he said on HBO’s The Shop in October 2018. “I wake up, and all these dates are out … Then the next two days, whatever, I wake up now to this text from him, passive, like, ‘Yo, I love you brother.’”

During the interview, he also opened up about Pusha-T’s shady shout-out.

“Then, the first album drops,” Drake added at the time. “And, of course, there’s a diss song toward me that you produced, that’s talking about writing? I was just there with you as friends helping you, and now you’re dissing me. So I’m like, man, this is dark.”