Cardinal Dolan: Religion should play a role in politics

Cardinal Timothy Dolan discusses why we need to bring religious values into politics.

It has become standard practice for U.S. corporations to assure employees of support regardless of their race, gender or sexual orientation. There’s now an intensifying push to ensure that companies are similarly supportive and inclusive when it comes to employees’ religious beliefs.

One barometer: More than 20 percent of the Fortune 100 have established faith-based employee resource groups, according to an AP examination and there’s a high-powered conference taking place this week in Washington aimed at expanding those ranks.

“Corporate America is at a tipping point toward giving religion similar attention to that given the other major diversity categories,” says Brian Grim, founder and president of the Religious Freedom & Business Foundation that’s co-hosting the conference along with the Catholic University of America's Busch School of Business.

A few companies have long-established faith-in-the-workplace programs, such as Arkansas-based Tyson Foods, which deploys a team of more than 90 chaplains to comfort and counsel employees at its plants and offices. That program began in 2000. 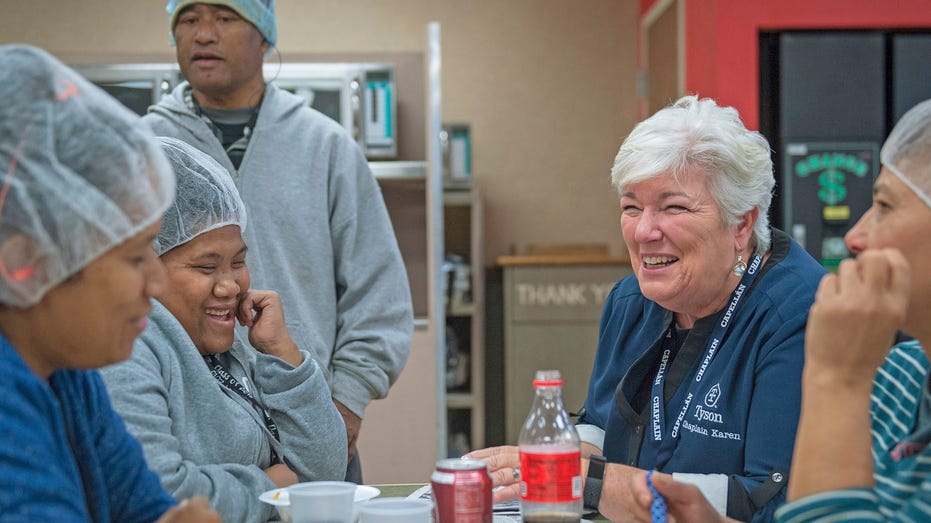 However, Grim says most companies — over the past few decades — have given religion less attention in their diversity/inclusion programs than other categories such as race, ethnicity, gender, sexual orientation and disabilities.

Grim is an associate scholar at the Religious Liberty Project at Georgetown University and a former senior researcher with the Pew Research Center. From 2015-16, he served as chair of the World Economic Forum’s global agenda council on the role of faith.

Grim’s foundation, founded in 2014, recently completed a detailed analysis ranking the Fortune 100 companies on their commitment to religious inclusion as part of those programs.

Tyson won points for its chaplaincy program; most of the others have formed either a single interfaith employee resource group or separate groups for major religions such as Christianity, Islam and Judaism. Google’s interfaith group, the Inter Belief Network, has chapters for those faiths and for Buddhists, while Intel has a group for agnostics and atheists, as well as groups for major religious faiths.

One employer, the Internal Revenue Service, has a group specifically for Christian fundamentalists.

One of the fastest growing faith-based groups, called Faithforce, was launched by Salesforce in 2017. Its founder, Farah Siddiqui, says more than 2,600 employees have signed up since then, joining 17 regional hubs on five continents.

Siddiqui, a Muslim whose family is from Pakistan, said the group now includes Sikhs, Hindus, pagans and humanists, as well as followers of America’s largest faiths.

“We’re a very inclusive group,” she says. ”If someone has something interesting to share, we share it. There is no proselytizing.”

Siddiqui said Faithforce, in somber fashion, proved its value after a string of deadly attacks on houses of worship in far-flung parts of the world – notably the Tree of Life synagogue in Pittsburgh, three Christian churches in Sri Lanka and two mosques in New Zealand.

“We had healing circles after each of those tragedies,” said Siddiqui, who recounted in-person visits by a rabbi and a Muslim scholar. 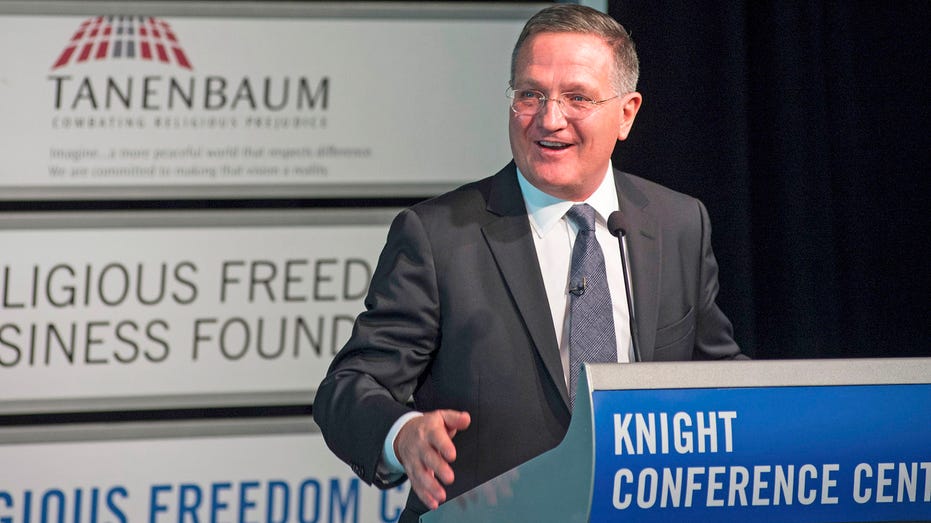 “What we’ve done is support our employees of those faiths to show that the rest of us are here for them,” she said.

At Tyson Foods, the team of chaplains includes one Muslim, but is overwhelmingly Christian. However, the team’s director, Karen Diefendorf, says the chaplains are trained to provide empathetic pastoral care to employees and their families regardless of what faith – if any – the workers belong to.

Diefendorf, whose career includes stints as a United Methodist minister and a U.S. Army chaplain, said there’s a key difference between pastoring and chaplaincy.

“When I pastor, I only represent my denomination, my faith tradition,” she said. ‘”As a chaplain, I can support people who come from very different backgrounds…I ask them how their beliefs are helping them cope with what’s going on.”

Often, the chaplains are sought out by employees struggling with difficulties at work or at home, but Diefendorf said her team members sometimes act proactively – for example, finding tactful ways to signal to a supervisor that his or her management practices are causing problems for workers.

Her advice to other companies considering a chaplaincy team: “Making the right hire is critically important.”

“You want a person who has maturity, who is secure in their own faith but not spiritually conflicted in allowing others to pursue their faith,” she said.

Formal theological training is an asset, but not sufficient in itself, she added. “They can have all the training in the world, but if they don’t have the right compassion in their heart, they aren’t worth a plugged nickel.”

Thus far, the faith-in-the-workplace movement has mostly escaped harsh criticism. Brian Grim has taken pains to argue that faith-based employee resource groups are not a threat to LGBTQ employees, and instead should be viewed as a sign of a corporation’s overall commitment to diversity and inclusion. American Airlines is evidence of that: Its presence high atop the new religious-freedom rankings come after many years of accolades for its strong support of LGBTQ employees.

“The perception out there is that religion is a dangerous topic, but some companies have found the opposite — that it reinforces the other things they care about,” Grim said.

“Creating a work environment that is exclusionary of non-religious staff or members of religious minorities is a recipe for disaster,” he said via email. “I'd urge any employer who is considering this sort of action to instead ensure that their workplace is religiously neutral and welcoming to staff and customers of any religious belief or those who are non-religious. “