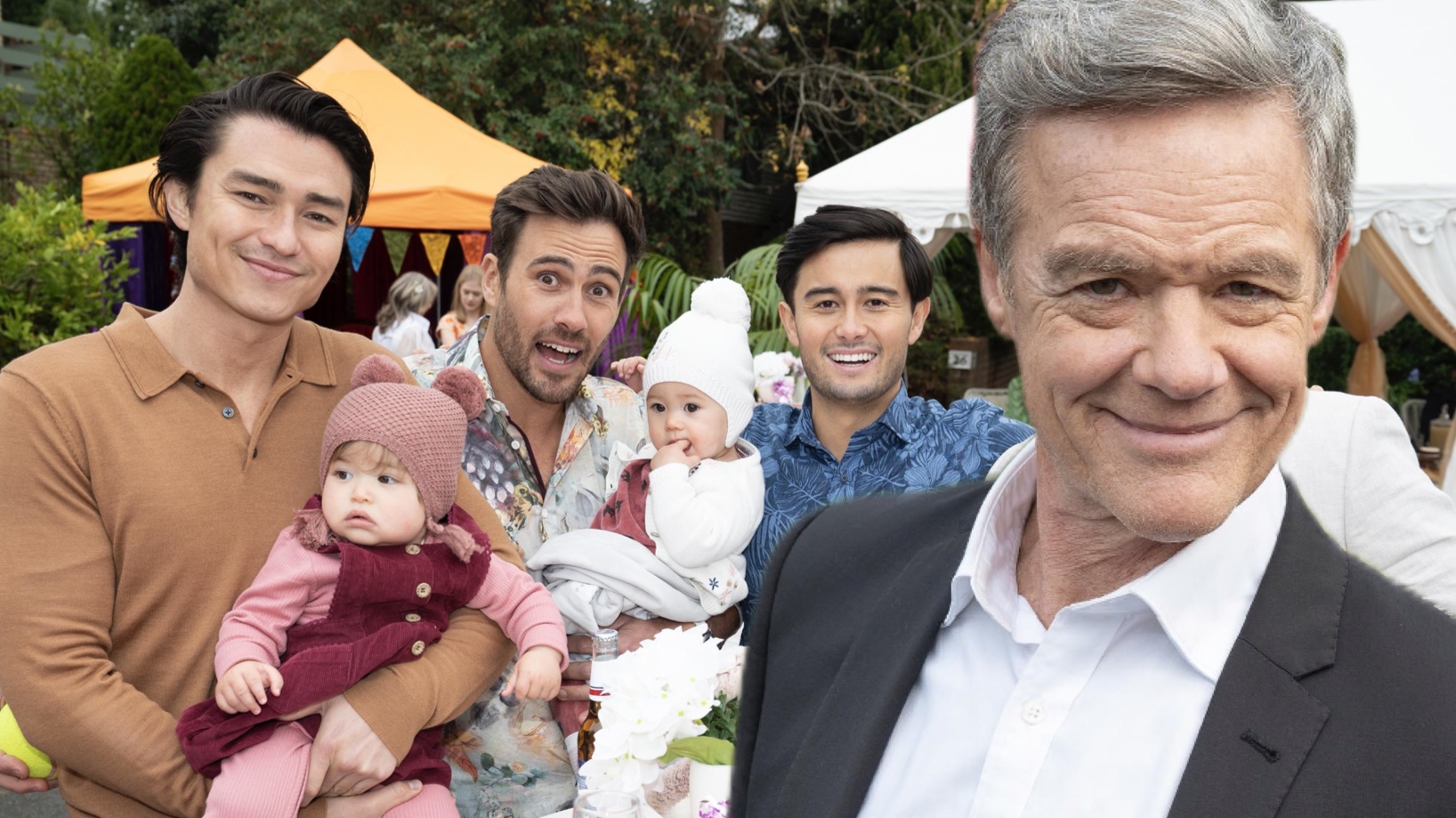 Ramsay Street is synonymous with the Robinsons, with the family having featured in Neighbours’ first episode as one of the original triads of families; the Ramsays, the Robinsons, and the Clarkes.

The clan has been a firm feature in the show’s history. So, it’s only fitting that as the soap comes to an end, the family finally leaves their beloved cul-de-sac behind.

Paul fought through the drama with Terese (Rebekah Elmaloglou) to maintain his grip on his beloved business.

But just as he overcame that, he is hit with another huge problem – former best mate Shane Ramsay (Peter O’Brien) arrives in town, makes an offer, then takes it back when he learns about Paul’s past. Paul is left facing losing his hotel all together.

With all this going on, Paul makes a huge decision – to leave Erinsborough behind for the bright lights of New York, and he plans to take the gang.

He’s packing up to go, but there’s still a little frisson with Terese. Neither are sure what this means but both are packing up for fresh starts, so surely whatever it is will be left behind?

David (Takaya Honda) decides to come along for the ride to the Big Apple, and Nicolette (Charlotte Chimes) is down for the fresh start too.

Chris and Annie arrive from New York leaving Lucy thrilled by the sudden family reunion. And someone else is feeling the family love – Leo (Tim Kano) decides he wants to go with the troop to the other side of the world too.

Jane is distraught to learn Nicolette is leaving as she tells herself it’s because she’s driven her away by acting like Mrs Mangel.

The wheels are in motion for the whole lot to start their new life across the pond when a spanner hits the works; Toadie’s wedding day arrives and it’s full of wonderful romance, leading Paul and Terese to realise they still have feelings.

Will Terese be the reason he choses to stay, or will she decide to go with him?