A U.S. appeals court refused Thursday to put on hold the extradition of two men wanted by Japan on accusations that they helped smuggle former Nissan boss Carlos Ghosn out of the country in a speaker case in 2019.

The Boston-based 1st U.S. Circuit Court of Appeals rejected an emergency petition to halt Michael and Peter Taylor’s extradition to give them time to challenge a lower court ruling. The U.S. government has said it could surrender the men to Japan as early as Friday, according to the Taylors’ lawyers.

In a brief ruling, the 1st Circuit said the Taylors failed to show they are likely to succeed on the merits of their case.

The Taylors were arrested in their home in Harvard, Massachusetts in May and are behind bars in the Norfolk County Correctional Center in Dedham, reports CBS Boston.

Michael Taylor, a former Green Beret and private security specialist from Massachusetts, and his son are being sought by Japan so they can be tried on allegations that they aided Ghosn’s daring escape from the country while he was out on bail and awaiting trial on financial misconduct charges.

Lawyers for the Taylors say the men can’t be extradited because “bail jumping” isn’t a crime in Japan and, therefore, helping someone evade their bail conditions isn’t a crime, either.

Michael Taylor  said in an interview with The Associated Press this month that he fears they will be treated unfairly in the Japanese legal system and feels betrayed that the U.S. would try to turn him over to Japan after his service to the country.

In an interview with CBS Boston this week, he claimed Japan is “clearly going to torture us.” 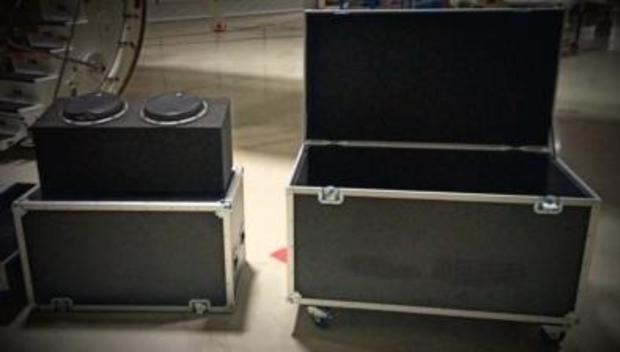 His wife, Lamia Taylor, remarked to the station that, “These are U.S. citizens. We are in the middle of a global pandemic and what’s the rush to send them for something like that?”

The White House hasn’t commented on the case. In court papers this week, the U.S. Justice Department called the claims in the Taylors’ bid to block the extradition “unprecedented and meritless” and noted that they had already been rejected by other judges.

The U.S. State Department agreed in October to hand the pair over to Japan, but a Boston federal court judge put the extradition on hold after their lawyers filed an emergency petition. The judge rejected the petition last week, clearing the way for the extradition, before the lawyers appealed to the 1st Circuit.

Ghosn’s escape came as he was awaiting trial on allegations that he underreported his future income and committed a breach of trust by diverting Nissan Motor Co. money for his personal gain.

Ghosn, who led the Japanese automaker for two decades, rescuing it from near-bankruptcy, denies any wrongdoing. He said he fled because he couldn’t expect a fair trial, was subjected to unfair conditions in detention and was barred from meeting his wife under his bail conditions.

He’s now in Lebanon, where he has citizenship. Lebanon doesn’t have anextradition treaty with Japan.