‘He didn’t want to be Avicii, he wanted to be Tim’: Father of megastar DJ who took his own life in 2018, says fame ‘overwhelmed’ his introverted son – as he urges music industry to do more to protect young artists from suicide

The father of the late DJ Avicii has opened up about his son’s painful relationship with fame and fortune, saying he never expected him to take his own life.

The Swedish megastar DJ, whose real name was Tim Bergling, died by suicide during a holiday with friends in Oman on 20 April 2018, aged 28 – two years after stepping away from the spotlight.

The Wake Me Up artist was experiencing a quieter phase of his career after shooting to worldwide fame in 2011 with his song Levels; he stopped touring in 2016 following a battle with alcohol and opioid addiction.

Speaking to the Sunday Times, his father Klas Bergling, 76, says his son was a ‘shy’ and ‘introverted’ man who struggled his rapid ascent into the spotlight. 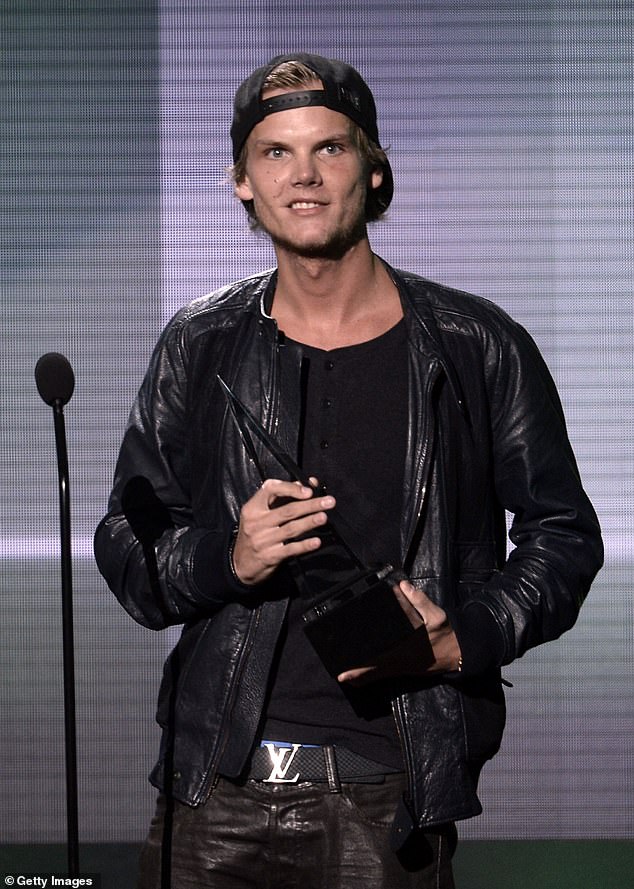 Swedish DJ Avicii, whose real name was Tim Bergling, took his own life during a holiday with friends in Oman on 20 April 2018, aged 28. His father has opened up about his son’s struggle with alcohol and mental health, saying he couldn’t face life on the stage

Klas Bergling, right, remembered his son Tim, second from right, as a shy teen who was happiest making music in his room. Pictured with Tim’s mother Anki Liden and one of his step-siblings

The DJ, who jetted all over the world playing sets, was open about his alcohol dependency when he was alive, which he developed at the height of his fame, and which led him to have his gallbladder and appendix removed aged 21.

Avicii, who jetted all over the world playing sets, was open about his alcohol dependency when he was alive, which he developed at the height of his fame, and which sparked a battle with pancreatitis.

Klas, who started the Tim Bergling Foundation with his wife Anki Liden in 2019 in memory of their son, also recounted how family and members of the DJ’s entourage staged an intervention in 2015 to get him into rehab after his behaviour became erratic.

The artist’s father said the intervention is still a painful memory and ‘one of the worst moments of his life’.

The family and Avicii’s producer gathered in the room the DJ was renting in Ibiza in hopes of convincing him to go to rehab.

‘It was one of the worst moments of my life because you really feel you’ve betrayed your son. But it had to be done,’ his father said.

He added he had been ‘naïve’ to think going to rehab would solve all of his son’s problems. 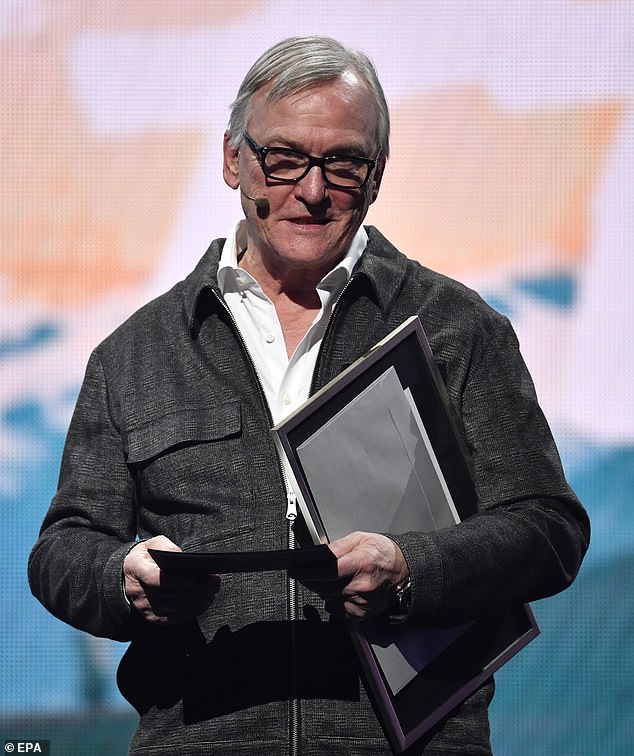 ‘I’ve heard a thousand times that the fight starts when you’re sober. But I was so happy, and you have to remember the happy moments also,’ he said.

The DJ, who was his parents’ only child together but had step-siblings, was a quiet teen who was happiest making music by himself in his room.

After teaching himself how to play with guitar, Tim would often skip school in order to work on his music, making songs with a software he pirated.

When he shot to fame aged just 21 with Levels in 2011, Tim had to adapt to the DJ lifestyle spent decking in clubs, arenas and festivals, which did not suit his reserved manner, his father said. 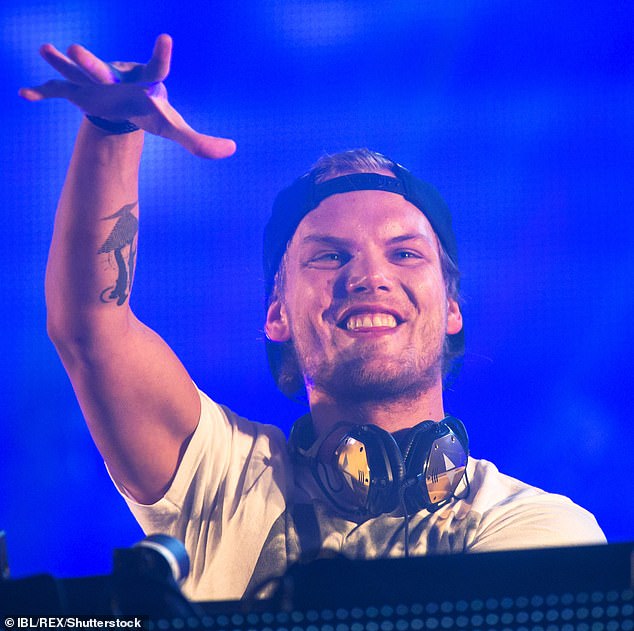 The DJ was only 21 when he shot to fame in 2011, and turned to drinking to cope with fame and the party lifestyle (pictured at the Summerburst festival in May 2015)

In order to cope with the fame and attention that came with the job, the DJ began to drink.

He said to GQ in 2013: ‘I just got into a habit, because you rely on that encouragement and self-confidence you get from alcohol, and then you get dependent on it.’

In 2011, he suffered acute pancreatitis caused by his drinking and was prescribed opioids to deal with the pain. Klas said the medication altered his son’s behaviour, making him prone to irritability and hard to talk to.

A year later, unable to go on when the pain became insurmountable, the DJ was hospitalised for 11 days and had his gallbladder and appendix removed.

Following the 2015 intervention from his family, the DJ got clean and stopped drinking, but being teetotal didn’t go hand-in-hand with the DJ lifestyle.

In 2016, the singer announced he would not be touring anymore, and told the Hollywood Reporter: ‘To me, it was something I had to do for my health.’ 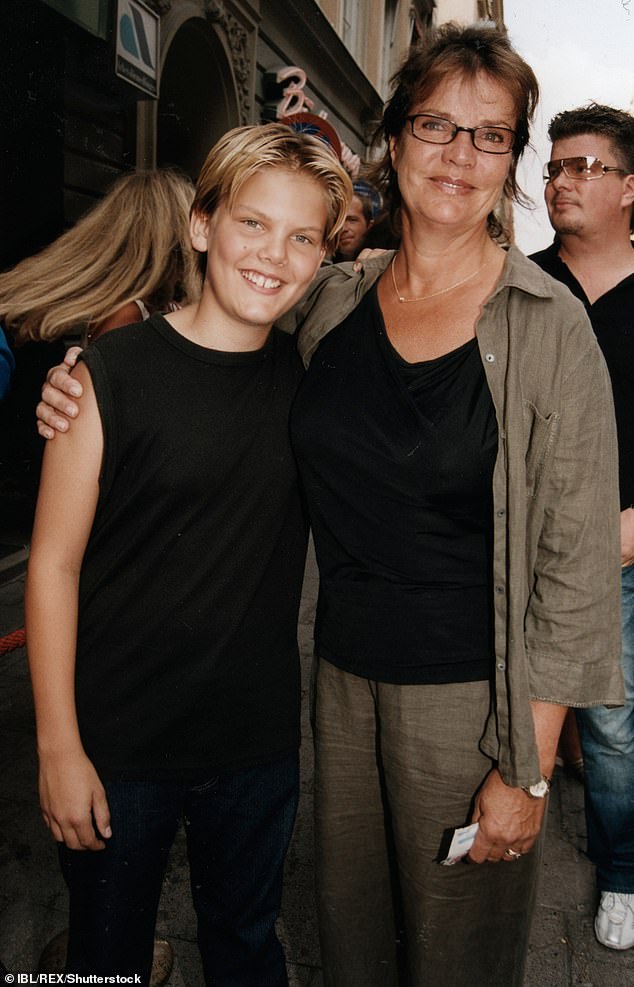 The DJ as a teenager in 2000 with his mother Anki Liden. The family tried to help the DJ overcome his alcohol addiction several times including staging an intervention – and thought he’d got it under control at the time of his death by suicide

‘The scene was not for me. It was not the shows and not the music. It was always the other stuff surrounding it that never came naturally to me. All the other parts of being an artist. I’m more of an introverted person in general. It was always very hard for me. I took on board too much negative energy, I think,’ he went on.

Following his retirement, the artist was working on new music prior to his death.

His father said he believed his son was doing better at the time, and said he still doesn’t know what caused him to take his own life.

Klas has since become an advocate for mental health and suicide prevention.

He said fame and fortune are a ‘dangerous combination’ and that there should be more structures in place to help up-and-coming artists to deal with fame.

Anyone can contact Samaritans FREE any time from any phone on 116 123, visit samaritans.org for more information