Bubbled-up audiences are the spacey hack for live performances in the time of COVID-19.

Innovative indie act the Flaming Lips performed two shows in Oklahoma this month, protecting their fans and themselves from one another by placing everyone inside their own inflatable bubble so as to make the concert “safer than going to the grocery store,” said frontman Wayne Coyne.

“We collect everybody and then we take them row by row to their bubbles,” Coyne, a long-time bubble enthusiast, told Rolling Stone last month of the strategy. “Once you’re in the bubble you can do whatever the f–k you want, and that’s the beauty of it. That’s what we spent most of the time figuring out. The music part of it, we got that s–t down.”

Each bubble holds up to three people, and each show can accommodate up to 100 bubbles, the BBC reported of the “space bubble” configuration at Oklahoma City venue Criterion.

The method appears to not only work, but hardly take away from the euphoria of live music: Video of the performance shows an enthused audience dancing as confetti reigns down, the bubbles making them safer but no slower to react to the show.

“They did it!!” Coyne’s wife, Katy Coyne, captioned an Instagram video of one of the shows. “The Flaming Lips successfully pulled off their first Space Bubble concert last night!”

The Flaming Lips have been working on the bubbled audience concept for months, and used the plastic balls back in October as well. “It seems absurd, but . . . it’s becoming kind of serious and real,” Coyne told music blog BrooklynVegan ahead of the show. “We’re starting to get ready to do an actual show where . . . there’s three people in each of these space bubbles, and we play . . . two shows a night, and getting a big audience in there each time.” 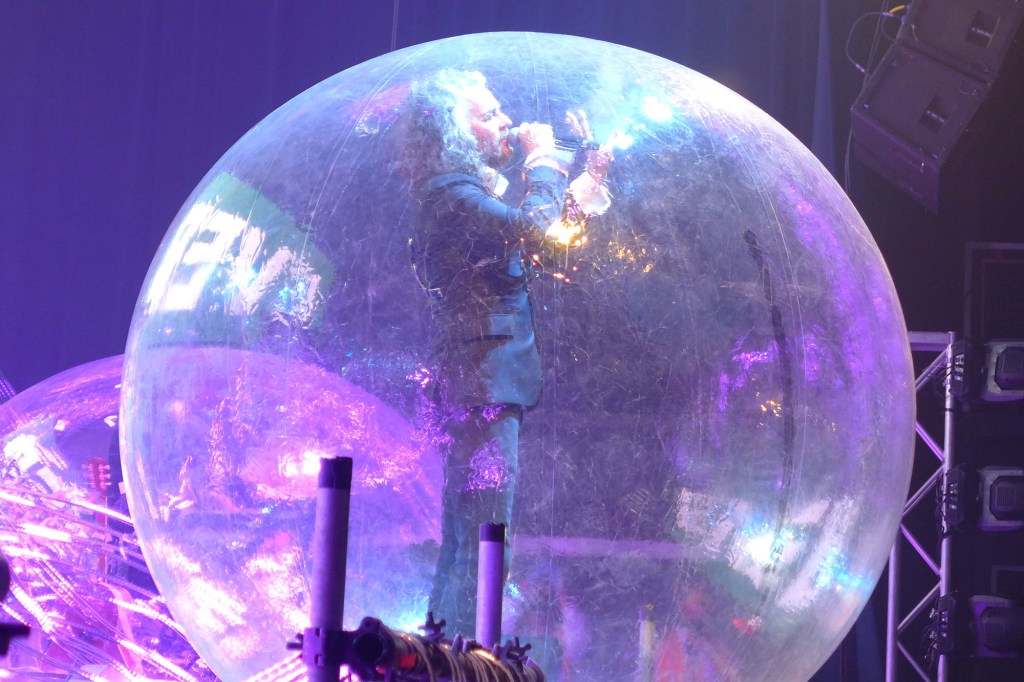 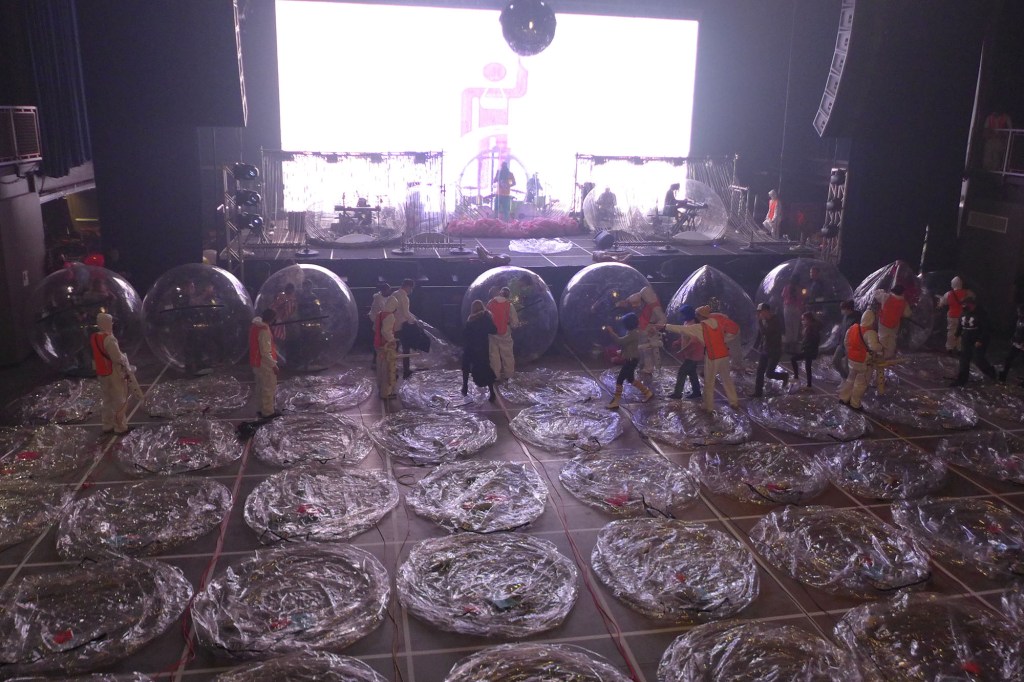 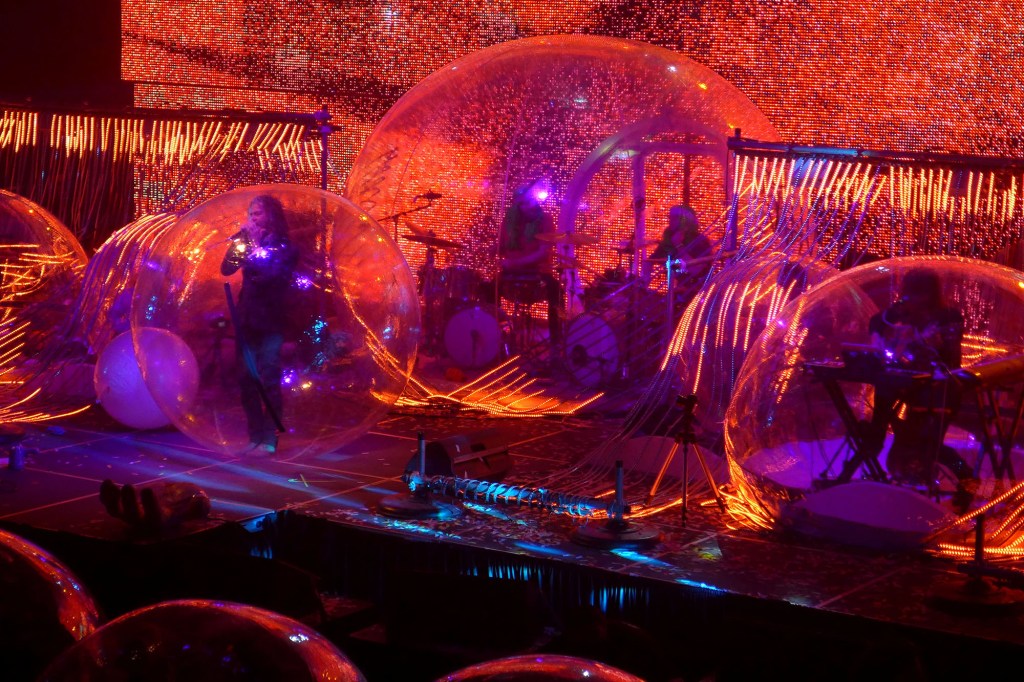 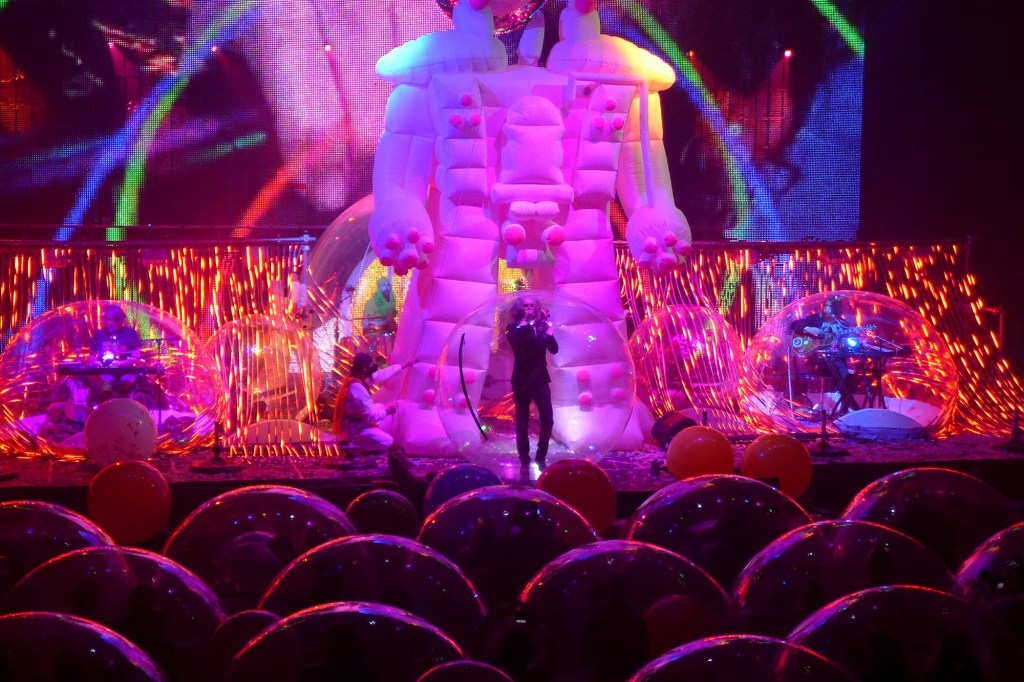